Nearly 20 years ago, two left-of-center musicians struck up conversation in a dark London nightclub. Hope Sandoval, enigmatic frontwoman of California dream-pop outfit Mazzy Star, would find a lifelong collaborator in the equally mysterious Colm Ó’Cíosóig, drummer in Irish shoegaze band My Bloody Valentine. They first approached each other as fans before they turned into friends, and their bond would evolve into a trans-Atlantic project called the Warm Inventions. “We became like family,” Ó’Cíosóig says.

Their collaboration has survived not only 15 years, but roughly 5,000 miles of distance. Sandoval’s mornings are often Ó’Cíosóig’s nights; it’s time for breakfast when Rolling Stone phones Sandoval, who lives in Berkeley, California, but it’s dinner for Ó’Cíosóig, who’s on the line from Dublin. She tells me Ó’Cíosóig owns a “beautiful houseboat, with a wood-burning fireplace” on a canal in Dublin; he responds with something that sounds like “Mmmph.” Even though they’re half a world apart, the pair seem to communicate intuitively – not just in words, but in lengthy pauses, whistles and politely muffled laughter. Perhaps the secret behind the Warm Inventions’ trancelike catalog is that the pair have made peace with silence.

Mazzy Star's 17-Year Silence: 'Music Is Its Own Language' 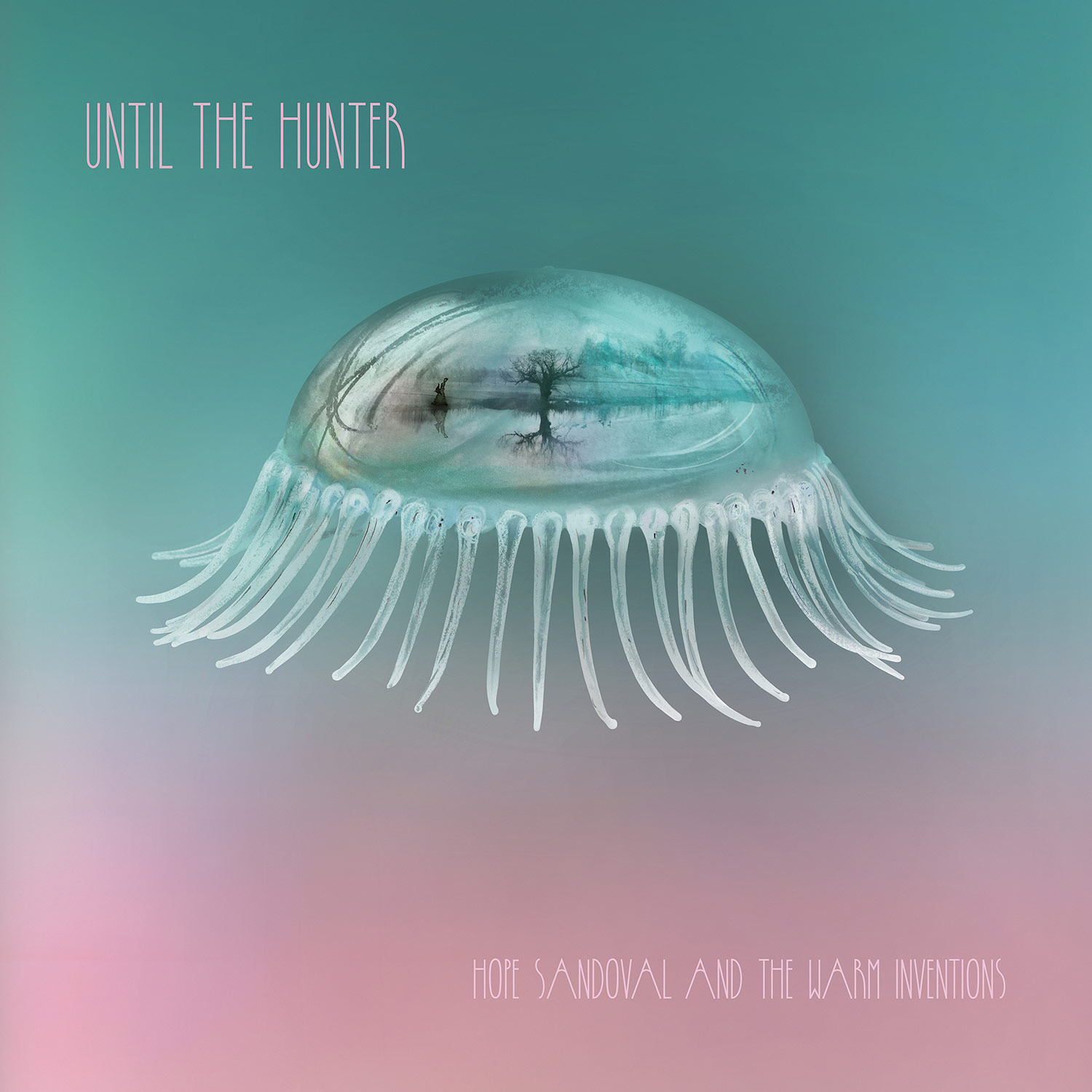 Released a little over a month after the September 11th attacks, the group’s sparkling 2001 debut, Bavarian Fruit Bread, was met with mixed reviews – Pitchfork lambasted the album as “[not particularly] compelling, striking or affecting,” whereas Mojo lauded its “narcotic quality … one that perfectly suits these shell shocked, terrorized times.”

On principle, the band grew more guarded in their performances, fiercely protecting the quiet that gave their delicate songcraft such gravitas. After their second release, 2009’s Through the Devil Softly, Sandoval and the Warm Inventions booked two sold-out shows at the Music Hall of Williamsburg. They instated such strict regulations – “NO PHOTO OR RECORDING OF ANY KIND,” read signs on the doors – that anyone who dared to raise a camera would be reprimanded immediately by a security guard with a flashlight. The venue was flushed with reverb, save for some chatter from the audience, at which Sandoval would retaliate with a minute or two of silence. “I love you, Hope!” shouted a fan. “If you love me so much,” said Sandoval, in an unusual show of bravado, “get these people to shut up.”

There’s none of that grit to be found on the Warm Inventions’ latest release, Until the Hunter. Released in November, the album came about in 2014, a year after both My Bloody Valentine and Mazzy Star released their respective comeback LPs (and embarked on subsequent tours). With the help of Dublin psych aficionados Dirt Blue Gene, the pair split recording between two of the city’s many Martello towers – a series of circular defense forts along Dublin Bay, featured in the first few pages of James Joyce’s Ulysses.

“We rented the towers through Airbnb,” says Ó’Cíosóig. “They’re cannon towers, built in 1803,” he continues, “Just in case Napoleon invaded … That never happened. They’re built like old, stone churches, with domed ceilings.” The rotund structures offered a unique space for the sounds to circulate. Sandoval enjoyed the recording environment so much, she had an organ shipped to the tower from Germany.

“The sounds just bounce off the walls – it’s like a two- or three-second jump in reverb,” Ó’Cíosóig says. “We didn’t have to do much tweaking, it might as well have been mixed when we left.” 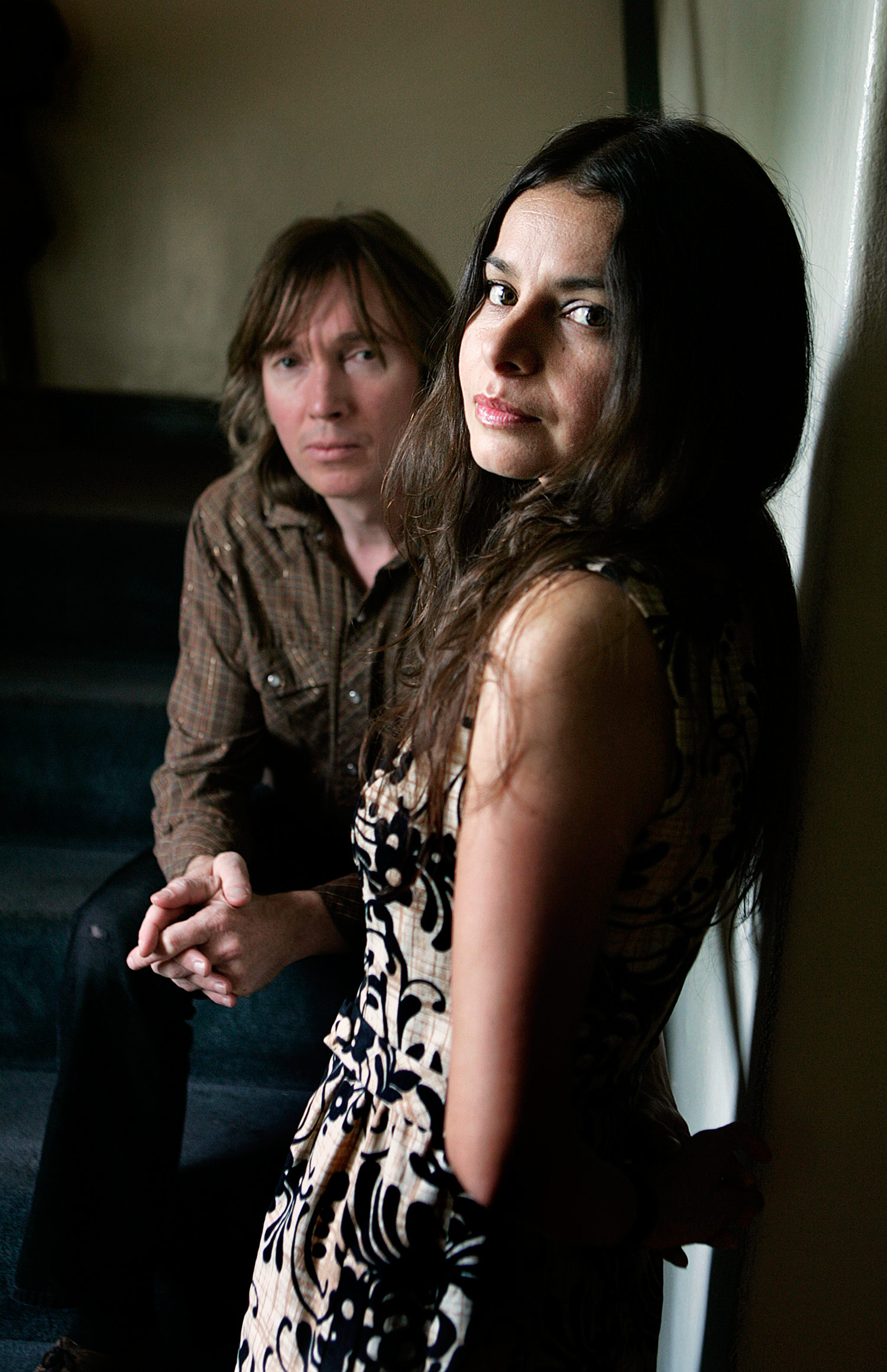 “We didn’t get permission from the owners to set up all the gear,” says Sandoval. “I told him, ‘Colm, you’re crazy.’ The last thing they want is some … rock & rollers showing up with all this gear. Having wine and whatnot. So we had to hide it from them, keep it a secret for two weeks. One day, the owner showed up. He just walked in, looked around … and didn’t really say anything. But he didn’t kick us out.”

After recording in Dublin, the pair headed stateside to recruit additional musicians for Until the Hunter: There was Bay Area eccentric and bowhammer architect Michael Masley, whom the pair encountered busking at a BART station near Sandoval’s place in Berkeley. While record shopping in Dublin, they were struck by a song from Kurt Vile’s 2013 record, Wakin on a Pretty Daze. “It was just what we wanted,” said Sandoval. She emailed Vile promptly about singing a duet.

“Kurt’s a sweetheart,” she says. “He happened to be playing at the Fillmore in San Francisco, so he came to see us at Fantasy Studio, just before his soundcheck,” she continues. Their one-time meeting became the twinkling love ballad “Let Me Get There.” Vile completed the take in two hours. “Everybody here knows you’re the fine one,” Sandoval sings; “Aww,” Vile coos bashfully. Their chemistry is buoyant, if fittingly off-kilter. “I’d never met him, so it was a little strange,” says Sandoval. “Especially for him … to go into the studio and sing this little love song. It was a bit weird, but we had wine, beer. … There’s a Mexican place with really good margaritas across the street. It all worked out.”

The duo are hesitant to talk about their work in Mazzy Star and My Bloody Valentine – or “other partners,” as Sandoval refers to them. She says she hasn’t even met her other recent collaborators, Massive Attack, in person. (“I have my own studio that I sing in,” she says.) In a last-ditch effort to dig deep, Rolling Stone asks Sandoval about the characters she writes about, in songs both past and present. She sings of many women – sometimes sunken with lament (“Charlotte”) or captured by curiosity (“Suzanne”), or from the sad-eyed viewpoint of a man (“Halah”). On Until the Hunter, in a breathy sea shanty called “A Wonderful Seed,” her voice projects a sighing sense of reverence for a specter named Miss Sylvia, taken by the waves. “Who are the women in these stories?” RS asks. She flirts with the question, sphinx-like in her response.

“I’ve been writing about the same woman for years,” she says.

“Oh, she’s real,” Sandoval says with a laugh. “She’s whoever you want her to be.”