In 1996, Bob Dylan met Daniel Lanois in a hotel room in New York. He wanted Lanois to listen to some lyrics that he’d put together and tell him if there was enough there for his first collection of original songs in more than half a decade. Dylan and Lanois had not much kept in touch since the contentious New Orleans sessions for Oh Mercy in 1989. That contention – and the results it produced – may have been part of what Dylan was looking for. The two were about to make an album that, Dylan would later tell Rolling Stone, “was me getting back in and fighting my way out of a corner.” And he picked a sparring partner who’d helped him do it once before.

What Lanois heard that day were songs that focused on what Dylan called “the dread realities of life.” “They had a lot in them,” Lanois says today. “They had regret and hope, beauty and optimism. A lot of life experience. They were so complex.”

There weren’t yet any melodies. “Bob said, ‘Well, this could go any way we want,'” says Lanois. But if the music wasn’t set, the intention was: Dylan asked Lanois to listen to old rock & roll and blues records – Little Willie John, Arthur Alexander, Little Walter, Charley Patton. “Great early American recording prior to experimentation,” Lanois says. It had the simplicity, presence and power – a sense of music unfolding in real time and space – that Dylan was out to capture. “I wanted something that goes through the technology and comes out the other end before the technology knows what it’s doing,” he’d tell New York Times writer Jon Pareles. “Many of my records are more or less blueprints for the songs. This time, I didn’t want blueprints – I wanted the real thing.”

But getting the sound of that real thing wouldn’t be easy. Work on Time Out of Mind would begin with demos in September 1996 and not finish until March 1997. The sessions would involve more than a dozen musicians playing live while Dylan sang over the music. Arguments would be had, guitars would be smashed. And in the end, three Grammys would be won, with the album – and the renewed vigor of the concerts that followed it – marking a turning point for an artist who many saw as no longer capable of work this commanding. 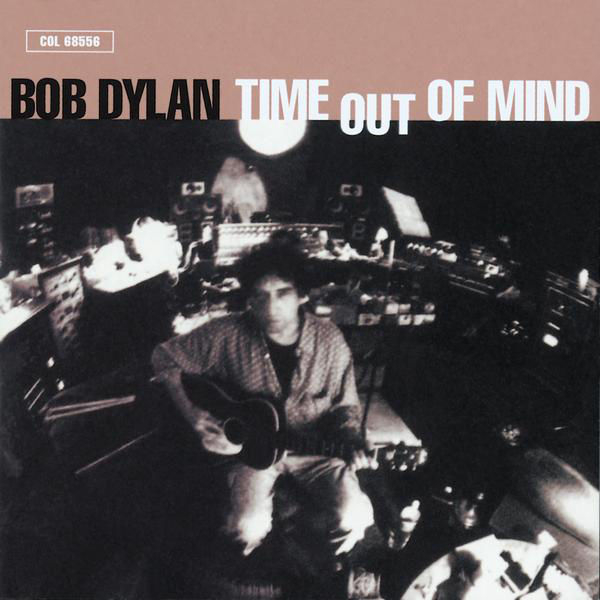 Looking for the spark of the old records Dylan had recommended, Lanois began by working with producer Tony Mangurian in Mangurian’s small New York studio. The two played percussion over Patton’s delta blues, then stripped the original recordings out and looped eight-bar sections into 15 or so grooves to help set the mood and direction of what was to come. These loops may have been a response to Beck’s mix of the blues with hip-hop’s aesthetic. “Dylan was very interested in Beck,” Lanois’ engineer Mark Howard told Uncut magazine. “The original idea was … we’d do all this collaging and cut-and-paste.”

That idea was explored during demo sessions at Lanois’ studio in Oxnard, California, called the Teatro and built in a former theater. Dylan’s Point Dume house in Malibu was about 45 minutes south, and throughout September and October he’d drive up whenever he wanted to work out the songs. Dylan came and went, sometimes working with his road band, sometimes with Lanois, Howard and Mangurian, playing over the loops Lanois had made in New York. Eventually, demos were cut for six of the 11 songs that would appear on Time Out of Mind, as well as others.

“I wanted to make the record at the Teatro because the place had the very best vibe,” Lanois says. The eeriness of the empty theater added to the timeless feel he was after. But before the sessions began in January, Dylan threw Lanois one of the change-ups he was famous for. In a phone call Lanois has described as “crushing,” Dylan explained he didn’t want to record so close to home. He wanted to put together a band and go to Miami.

“Bob wasn’t really interested in experimentation – he just wanted a rawness to come from a band,” Lanois says. They convened at Criteria Studios (now the Hit Factory) in North Miami. If Lanois couldn’t be at the Teatro, he could bring some of it with him: He had Howard drive a truck loaded with equipment to Florida.

Dylan had called in musicians from his road band – bassist Tony Garnier, drummer David Kemper and pedal steel guitarist Bucky Baxter – and other trusted players, like organist Augie Meyers and Jim Dickinson, the Memphis producer and pianist who’d played on the Rolling Stones’ “Wild Horses,” among others.

“We spent 30 days in the studio,” Meyers recalls. “We’d start around one in the afternoon and sometimes go to 11. We’d work on a song for a half hour or 15 minutes, and we’d cut it.” But the sessions proceeded with stops and starts. “Lanois would direct some of the stuff, but Bob would come in and say, ‘I hear it more this way,'” says Meyers. “Sometimes Bob would put down his guitar and just walk out. Half hour later, somebody would say, ‘Bob’s outside riding his bike.’ He’d have to be by himself to figure out what he really wanted, and he did it that way.”

Tensions boiled over as they worked on “Cold Irons Bound,” which began, according to Kemper, when Dylan found the drummer in the studio playing around with a Cuban-influenced disco beat. Dylan sat down next to him, writing lyrics on a yellow legal pad, and when the rest of the band got there, they cut the song in two takes. Lanois was not pleased. “The world doesn’t want another two-note melody from Bob,” he told Kemper and Garnier. “It was one of his guitar-breaking incidents,” Kemper said.

“Mississippi” went no better. “The song was pretty much laid out intact melodically, lyrically and structurally, but Lanois didn’t see it,” Dylan told Rolling Stone in 2001, after he’d recut “Mississippi” for Love and Theft. Lanois wanted a more polyrhythmic arrangement, and they adjourned to the parking lot to hash it out, a habit during the sessions. Dylan felt “the song had more to do with the Declaration of Independence, the Constitution and the Bill of Rights” than “some steamy cauldron of drum theory.” “Lanois can get passionate about what he feels to be true,” Dylan said. “He’s not above smashing guitars. I never cared about that unless it was one of mine.”

“Lanois can get passionate about what he feels to be true. He’s not above smashing guitars.” –Bob Dylan

“If it takes a fight, you gotta fight,” Lanois says. “I am not there to be a nice guy and make it go nice and smooth. I don’t do medium records. It’s not a masterpiece, it’s gonna be a fight. It’s not a fucking masterpiece, get the fuck out of my face.”

Lanois says he sent Kemper home, and two drummers were brought in to replace him: Jim Keltner and Brian Blade. The sessions swelled. “Bob had – for want of a better word – an orchestral concept: this thing of too many instruments in the room,” the late Dickinson told Uncut. “Dylan was standing, singing four feet from the microphone, with no earphones on. He was listening to the sound in the room – which is the sound that did not go on the record. I truly never saw anything like it. He was in unspoken control of 23 people.”

Dylan sometimes froze Lanois out, refusing to talk directly with him and dealing with Howard instead. Dickinson – who characterized the sessions as an hour of chaos leading to “five or eight minutes of absolute clarity” – believed Dylan used Lanois “to know what it was he wanted – and what he didn’t want.” But in both the sessions and the mixing afterward, Lanois certainly set the sound of Time Out of Mind. He would urge the musicians to avoid “playing too much and playing automatic riffs,” he says. He asked them to think of themselves as leaves on a tree that Dylan was passing by. “You are not the center of the attraction here. Play harmonic support and no licks, no funny stuff.”

The tension of Miami dissipated when Lanois and Howard returned to the Teatro. Dylan was deeply engaged in post-production, overdubbing not just new guitar parts and solos, but new lyrics and chords as well. “He was really curious about getting everything right,” says Lanois. And Dylan was also far more convivial than in Miami, spending hours in the Teatro telling stories and asking Lanois to snap a picture of him there, which became the album cover.

In
May 1997, four months before the album was released, Dylan was struck by
histoplasmosis, a fungal infection that caused swelling around his heart and
left him in immense pain. “I thought I’d be seeing Elvis soon,” he
said after he’d recovered that June. The health scare colored reception of Time
Out of Mind, with many seeing songs about lovesickness as meditations on
mortality. “People say Time Out of Mind is sort of dark and
foreboding because we locked into that one dimension in the sound,” Dylan
told Rolling Stone. “People say the record deals with mortality – my
mortality for some reason! Well, it doesn’t deal with my mortality. It maybe
just deals with mortality in general. It’s one thing that we all have in
common, isn’t it?”