In the spring of 1968, the Chelsea Hotel was far more famous than its occupant in Room 424. Leonard Cohen had forsaken his life as an established novelist and poet in Canada for a place in New York City’s flourishing folk singer-songwriter scene, and so far the gamble hadn’t paid off. In an era when “don’t trust anyone over 30” was a common mantra, the 33-year-old’s early auditions often concluded with dismissive variations of “Aren’t you a little old for this game?”

Though the intellectual pedigree and the dense lyrical thickets in his music drew the inevitable comparisons to reigning rock poet laureate Bob Dylan, his 1967 debut, Songs of Leonard Cohen, was met with limited success when it was released the previous December. Adding insult to injury, a legal technicality cost him the copyright to three of his best songs – including “Suzanne,” which had recorded by Judy Collins.

So Long, Leonard Cohen: Death of a Ladies' Man

A New York Times article from the period captured his malaise as he anxiously struggled to construct his new identity: “He puts up at the Chelsea or the Henry Hudson Hotel, rarely mixes with the local litterateurs, and sometimes spends whole days in front of the mirror trying to figure out where the lines in his face came from.”

While Cohen’s gloomy, gritty and romantic mythology was still in its nascent phase, the Chelsea’s was fully formed. Situated at 222 West 23rd Street, the imposing redbrick ruled the block with a gothic grandeur. Its four hundred rooms had housed literary luminaries including Mark Twain, Charles Bukowski, William S. Burroughs, Jackson Pollock and Arthur Miller, who offered a succinct summation of the bohemian ambiance: “No vacuum cleaners, no rules, no shame.” Arthur C. Clarke wrote 2001: A Space Odyssey while in residence there, and Jack Kerouac pounded out On the Road in his room. Sid Vicious and girlfriend Nancy Spungen’s tragic visit was still more than a decade off, but poet Dylan Thomas entered his fatal coma during his Chelsea stay in 1953.

By the Sixties, the Chelsea Hotel had become a headquarters for the emerging rock elite, hosting Jimi Hendrix, the Grateful Dead and Dylan himself. Some paid tribute to their temporary digs in song. Joni Mitchell’s “Chelsea Morning” name checks the hostelry, as does the Lou Reed–penned “Chelsea Girl” and Jefferson Airplane’s “Third Week in the Chelsea.”

It was, in journalist Thelma Blitz’s estimation, “a big, boho fraternity house” – and it suited Cohen’s desires perfectly: “I came to New York and I was living at other hotels and I had heard about the Chelsea Hotel as being a place where I might meet people of my own kind. And I did. It was a grand, mad place,” he told SongTalk in 1993. “I love hotels to which, at 4 a.m., you can bring along a midget, a bear and four ladies, take them to your room and no one cares about it at all.”

The room in question was not much to brag about. A bare bulb illuminated a flimsy bed, a puny black-and-white television, a hot plate on which cook meals and little else. A sink spewed rusty water, when it decided to run at all. 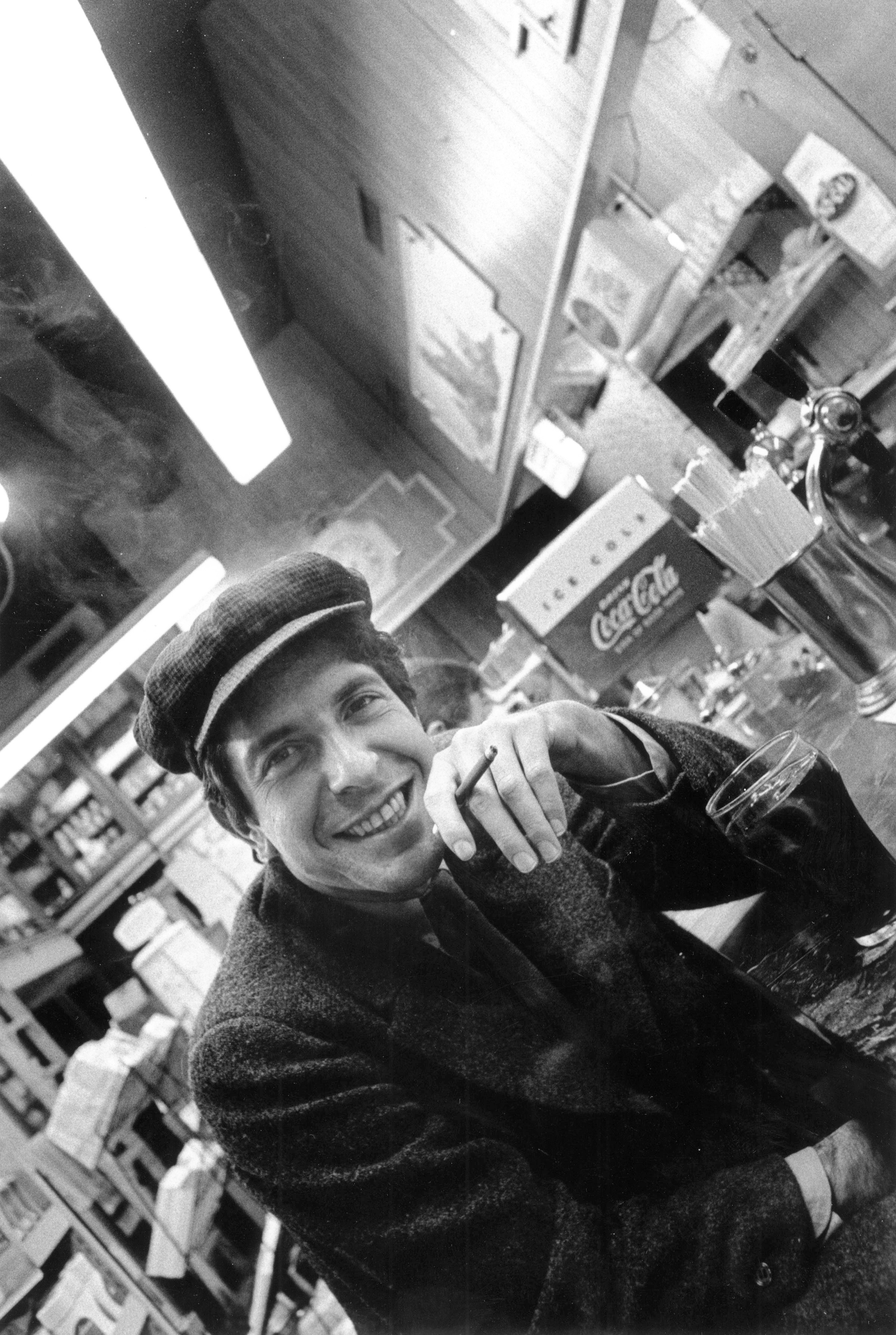 It was in these decrepit conditions that Cohen found himself late one night in the spring of 1968. With the sorry state of his music career weighing heavily on his mind, he decided to take a walk to clear his head. “It was a dismal evening in New York City,” he later reminisced during a concert. First he stopped at Bronco Burger, a local greasy spoon. “I had a cheeseburger; it didn’t help at all,” he said with laconic humor. Then he headed to the White Horse Tavern, an iconic Greenwich Village watering hole favored by generations of writers and freethinkers. “I went to the White Horse Tavern looking for Dylan Thomas, but Dylan Thomas was dead.”

Having failed to raise his spirits, Cohen returned to the Chelsea around 3 a.m. He crossed its famous lobby, crammed with an eclectic collection of paintings given by tenants in lieu of rent money, all the way to the elevator – creaky, unusually cramped and often cited as the slowest in the city. It required a certain knack to get it to function. “I was an expert on the buttons of that elevator,” he told a New York City audience in 1988. “One of the few technologies I really ever mastered. The door opened. I walked in. Put my finger right on the button. No hesitation. Great sense of mastery in those days.”

Once inside, he was joined by a woman with wild hair and even wilder clothes. It was the resident of Room 411, a 25-year-old singer from Port Arthur, Texas, named Janis Joplin. She and her band, Big Brother and the Holding Company, were in town recording their second album, later titled Cheap Thrills, at the same Columbia studio used for Songs of Leonard Cohen.

Cohen was suddenly less lonely and very intrigued. The elevator’s sluggish pace bought him time to strike up a conversation, which he’d recreate repeatedly in concerts for years to come.

“My lungs gathered my courage,” he remembered in 1988. “I said to her, ‘Are you looking for someone?’ She said ‘Yes, I’m looking for Kris Kristofferson.'” It was obvious that Cohen was not the large, gruffly handsome songwriter, but he made a play anyway. “I said, ‘Little lady, you’re in luck, I am Kris Kristofferson.’ Those were generous times. Even though she knew that I was someone shorter than Kris Kristofferson, she never let on. Great generosity prevailed in those doom decades.”

Their affair would be gone with the morning light, and they would meet only a handful of times after that. “The last time I saw her was on 23rd Street,” he remembered. “She said, ‘Hey man, you in town to read poetry for old ladies?’ That was her view of my career.” She died on October 4th, 1970, of a heroin overdose. Just a few days before her death, she recorded Kristofferson’s “Me and Bobby McGee,” which would become her only Number One song.

Cohen was shaken by the loss of his fellow musician and one-time inamorata. “I was saddened by her death,” he told Sounds U.K. in 1976. “Not because someone dies – that in itself isn’t terrible. But I liked her work so much; she was that good that you feel the body of work she left behind is just too brief. There are certain kinds of artists that blaze in a very bright light for a very brief time: the Rimbauds, the Shelleys, Tim Buckley – people like that. And Janis was one of them.” 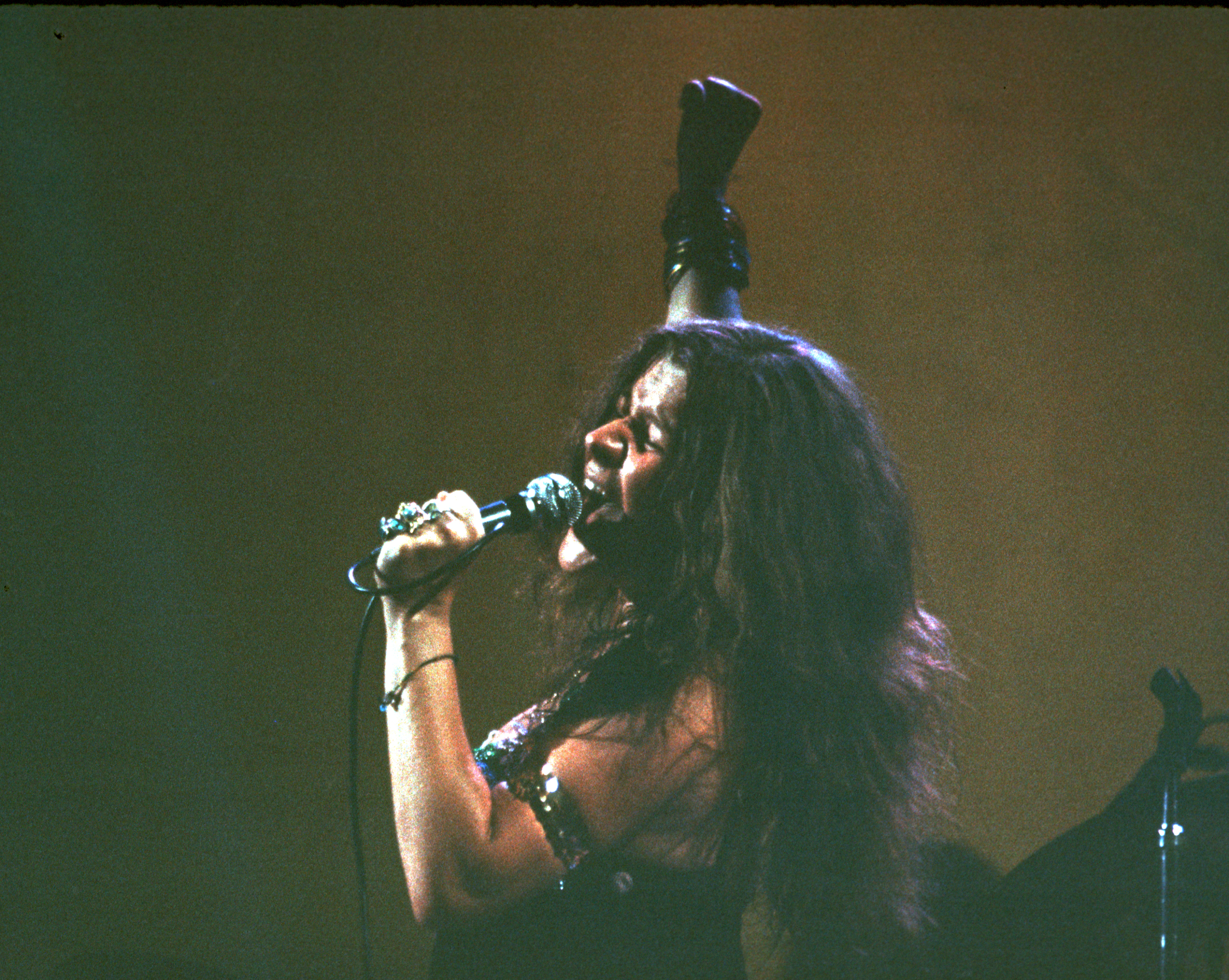 In 1971, not long after her death, Cohen was seated at the bar of a Polynesian restaurant in Miami nursing a “particularly lethal and sinister coconut drink.” His thoughts turned towards his fallen friend, and soon words began to fill his cocktail napkin.

It came together slowly. He had help on the music from his guitarist and bandleader Ron Cornelius while on a transatlantic flight from Nashville to Ireland. “It was back when you could sit in the back of the plane and smoke,” Cornelius told author Sylvie Simmons in her book I’m Your Man: The Life of Leonard Cohen. “And for the best part of this eight-and-a-half-hour flight Leonard and I sat there smoking and worked on that song. When he finally landed in Shannon, it was complete.”

They called it simply “Chelsea Hotel.” The song got a number of intermittent live airings, but Cohen’s perfectionist streak took hold and he continued to tinker with the lyrics. Later that year, during a visit to Asmara, Ethiopia, he retreated deeper into his memories.

I remember you well in the Chelsea Hotel
You were famous, your heart was a legend
You told me again you preferred handsome men
But for me you would make an exception

And clenching your fist for the ones like us
Who are oppressed by the figures of beauty
You fixed yourself, you said, “Well, never mind . …
We are ugly but we have the music”

The verse transformed the song. It managed to reanimate the fire and ice of Joplin’s psyche—her brash braggadocio and her insecure vulnerability—and provided a universal rallying cry to lonesome misfits the world over. He titled the affectionate tribute “Chelsea Hotel No. 2,” to distinguish it from the prior incarnation.

Cohen premiered the song on March 23rd, 1972, during the third show of his residency at London’s Royal Albert Hall. It became a concert mainstay for several years before he committed it to wax during sessions for 1974’s New Skin For the Old Ceremony.

While he hinted that the song was about “an American singer who died a while ago” in the notes to his 1975 greatest hits album, Cohen first revealed the song’s muse during a concert in Montreux, Switzerland, on May 25th, 1976. It quickly became part of the song’s lore. “She would not have minded. My mother would have minded,” he said at the time.

Yet over the years, he began to feel remorse for kissing and telling. “There was the sole indiscretion, in my professional life, that I deeply regret,” he told the BBC in 1994. “Because I associated a woman’s name with a song, and in the song I mentioned, I used the line ‘Giving me head on an unmade bed while the limousines wait in the street,’ and I’ve always disliked the locker-room approach to these matters. I’ve never spoken in any concrete terms of a woman with whom I’ve had any intimate relationships, and I named Janis Joplin in that song. I don’t know when it started, but I connected her name with the song, and I’ve been feeling very bad about that ever since. It’s an indiscretion for which I’m very sorry, and if there is some way of apologizing to the ghost, I want to apologize now, for having committed that indiscretion.”

It would perhaps soothe his conscience to know that Joplin also spoke of their brief affair – in less than glowing terms. “I live pretty loose. You know, balling with strangers and stuff,” she admitted in a 1969 interview later published in Richard Avedon and Doon Arbus’ book The Sixties. “Sometimes you’re with someone and you’re convinced that they have something to tell you. So maybe nothing’s happening, but you keep telling yourself something’s happening—innate communication. ‘He’s just not saying anything. He’s moody or something.’ So you keep being there, pulling, giving, rapping. And then, all of a sudden about four o’clock in the morning you realize that, flat ass, this motherfucker’s just lying there. He’s not balling me.

“I mean, that really happened to me. Really heavy, like slam-in-the-face it happened. Twice. Jim Morrison and Leonard Cohen. And it’s strange ’cause they were the only two that I can think of, like prominent people, that I tried to … without really liking them up front, just because I knew who they were and wanted to know them. And then they both gave me nothing. I don’t know what that means. Maybe it just means they were on a bummer.”

A bummer, indeed. Cohen was not known for having the sunniest of outlooks, but Joplin’s death served as a cautionary beacon throughout the rest of his life. “The game is rough from a lot of points of view; because the prizes are big the defeats are big, too. Life is rigorous, and the invitations to blowing it are numerous and frequent. Me? I’m careful as I can be without it getting too much of a drag. Anyway, I’m too old to die that kind of a spectacular death. For me to commit suicide or OD would be … unbecoming.”

Legendary singer-songwriter Leonard Cohen has died at the age of 82.