Not many artists are still landing hits on radio three decades after their initial encounter with success, but Johnny Gill — who first scaled the charts in the early Eighties — is one notable exception. “This One’s for Me and You” is his third straight Top 10 hit on the Adult R&B chart, and one of his most successful solo singles since the Nineties.

Throughout Gill’s 30-year career, his volcanic voice has always been balanced by an interest in being a team player. He recorded duets with Stacey Lattisaw, joined the group New Edition after the departure of Bobby Brown, and later put out a pair of albums with Gerald Levert and Keith Sweat in LSG.

Gill’s influence is still discernible in R&B and rap. When D’Angelo first gained attention for winning Amateur Night at the Apollo at age 16, he covered Gill’s biggest solo hit, “Rub You the Right Way.” Last year, Chris Brown and Dej Loaf could be found trading verses over a late-Eighties New Edition sample — Gill became a member in 1987 — and Ariana Grande interpolated Gill’s “My, My, My” on “Adore,” her collaboration with Cashmere Cat. BET is currently at work on a New Edition biopic.

New Edition, New Kids on the Block Face Off in 'Battle of Boston' at 2021 AMAs

But few predicted the success of Gill’s Game Changer, which arrived in December of 2014. More than 15 months after the record’s release, “This One’s for Me and You,” which features the other members of New Edition, is at Number Three on the Adult R&B chart. “A few artists in our format are able to stay on the charts with two or three singles,” says Skip Dillard, who has been a radio programming director since 1993 and has held the position at New York’s 107.5 WBLS (“Your #1 Source for R&B”) for the last eight years. “But there’s not a lot who can work an album for a long period of time.”

Spend some time with “This One’s for Me and You” and you begin to see how Gill does it: The rhythm is forceful but cool, the harmonies are buttery, and heaps of strings add a touch of opulence, hinting at the early-Seventies glory of Philadelphia soul. Halfway into the first verse, those strings appear and swell steadily into the chorus — a simple, endlessly effective trick that increases the sense of release during the hook. In the second verse, smartly mixed backing vocals mimic the same action. The single is also part of a storied tradition of songs about the greatness of songs. “So let the record play/I love the way/It makes your body move,” Gill sings.

The track was written by Gregg Pagani, with help from Lance Tolbert, Carlos Battey and Damon Sharpe. Pagani has extensive experience working with R&B veterans — he co-produced Babyface’s 2005 record, Grown & Sexy, and contributed to the five most recent solo albums from Charlie Wilson, former lead singer of the Gap Band. (Pagani’s writing credits include “There Goes My Baby,” a Grammy-nominated single for Wilson that spent multiple weeks at Number One on the Adult R&B chart.) “This One’s for Me and You” was originally intended for Wilson’s latest album, but it wasn’t finished in time.

When Pagani first played the demo of the single for Gill, it didn’t immediately grab the singer’s attention. “They’d been bombarded with a lot of songs, and they’d been working on this project for a while,” Pagani tells Rolling Stone. “Everybody seemed to like the record, but it kind of went by, and I didn’t hear from them for probably six months. Out of nowhere, they called up and said Johnny had misplaced the files, and he didn’t know where he had gotten the songs from.” 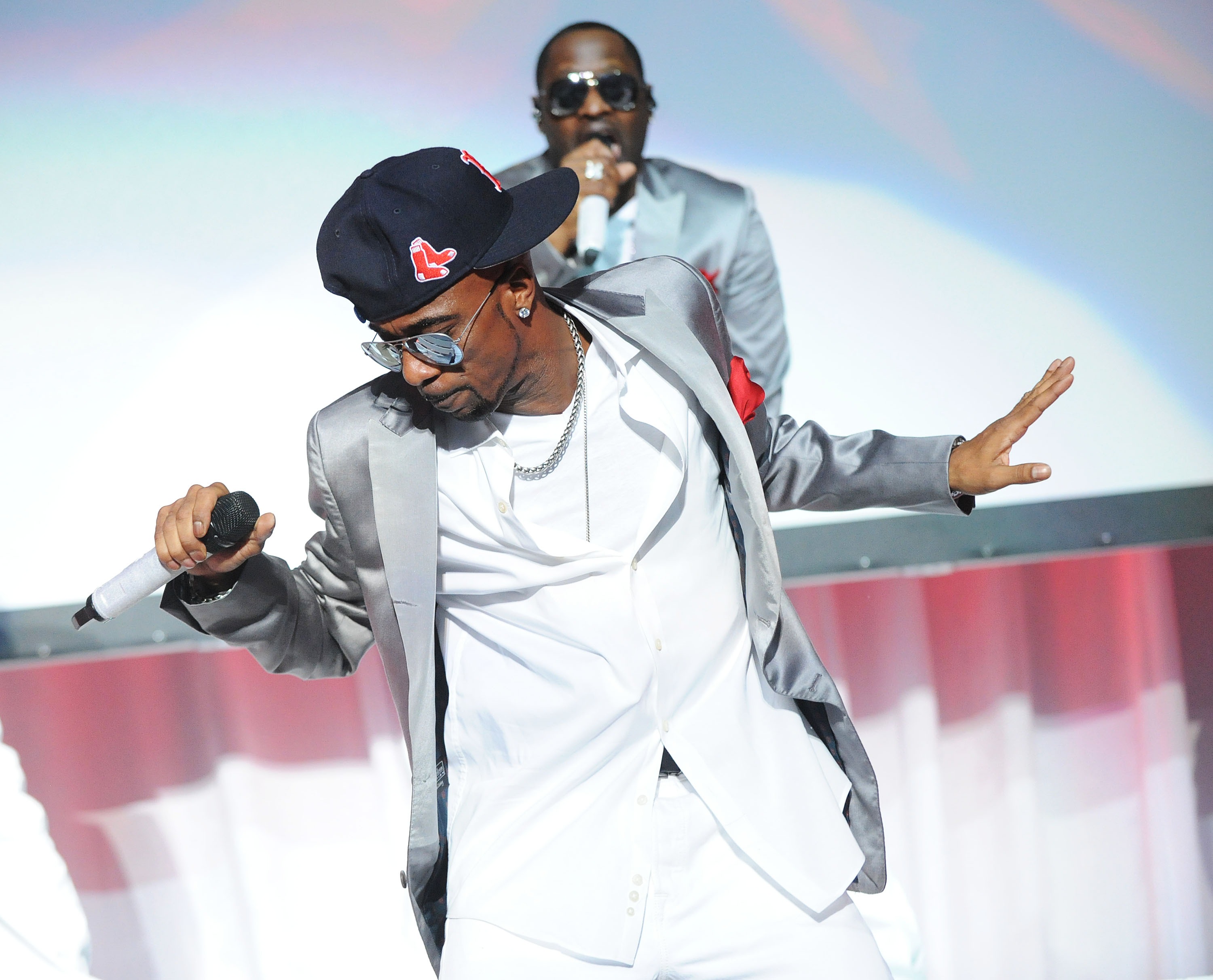 In Gill’s telling, it was an act of destiny that helped him rediscover the demo. “I’m getting ready to go to New York,” he explains. “Something told me to sit down and listen to some other songs that I’d had in iTunes — just to go back over them, just for safety. I happen to go through and heard this song. I’m listening and I’m going, ‘Who sent me this?'”

The presence of the other members of New Edition was also an unexpected bonus. Gill played an almost-finished version of Game Changer for the group when they were rehearsing for a tour. “We were all sharing music that we had been working on,” he recalls. “This particular song I played, and all of a sudden the room gets quiet. First thing Michael [Bivins] and Ronnie [DeVoe] say is, ‘Come on, man. You know we need to be on this joint. This is a New Edition song!'”

“It was supposed to happen,” Gill decides when looking back at the chain of events that led to his latest hit. “I truly believe it was fate.”

It’s not an easy path from the studio to the airwaves. As Pagani puts it, “The record is one thing, but there’s a lot of work that goes into making a song successful.” Gill knew that promoting his album would be a steady slog. “This is still a boutique label [Game Changer came out on Gill’s J Skillz Records], and we’re doing this indie,” he says. “My one rule was: This is not a sprint, this is a marathon. I’m going to do what I need to do until this project has gotten a fair shot and people have gotten a chance to listen.”

One of the people who listened was Charlie Wilson. “He called me one day ’cause he heard [‘This One’s for Me And You’] playing on the radio,” Pagani recalls. “He was congratulating me. He laughed and told me to tell Johnny that he let him have his record.”

WBLS regulars are also enjoying the track, helping to maintain the vitality of the Adult R&B platform. “I’m happy to have great R&B that we can own as a format,” Dillard says. “There’s a lot of artists who cross over from other formats today, like Adele, and that’s wonderful. At the same time, I enjoy artists that are exclusive to adult R&B. It makes our format stronger.”

For Gill, the work is not over. “Thirty-two years later, I got my eyes on the prize,” he declares. “It’s been a long time since we’ve been nominated for a Grammy. My ultimate goal is to put the crown on it with that.” And he’s fighting for his genre as well. “Everything derives from rhythm & blues, and yet it sits at the bottom of the totem pole,” he notes. “I’m going to continue doing what I can do to get R&B back to a level of respect that it deserves. That’s where it all started.”