“I had a couple of hard years,” says Gwen Stefani, looking back on the sessions for No Doubt’s 2012 album, Push and Shove. It was the band’s first LP in 11 years, and Stefani recorded much of it while her husband, Gavin Rossdale, was on tour with a reunited Bush, which left her to handle her sons Kingston, now 8, and Zuma, 6. “I would get my kids ready for school, drop them off, go in the studio and be home by four to make dinner.” The record scored no hits, and the band didn’t tour after its release. “I’m sad it didn’t connect,” she says.

Stefani, 45, has channeled the turmoil into her new solo album (out early next year), her first since 2006’s The Sweet Escape. She had been thinking for years about going solo again, but struggled to write material on par with hits like 2004’s “Hollaback Girl.” “I wasn’t gonna bring back the Harajuku Girls,” she says, referring to her former Japanese backup dancers. “You kind of run out of ideas. After a while, you’re just competing with yourself.” 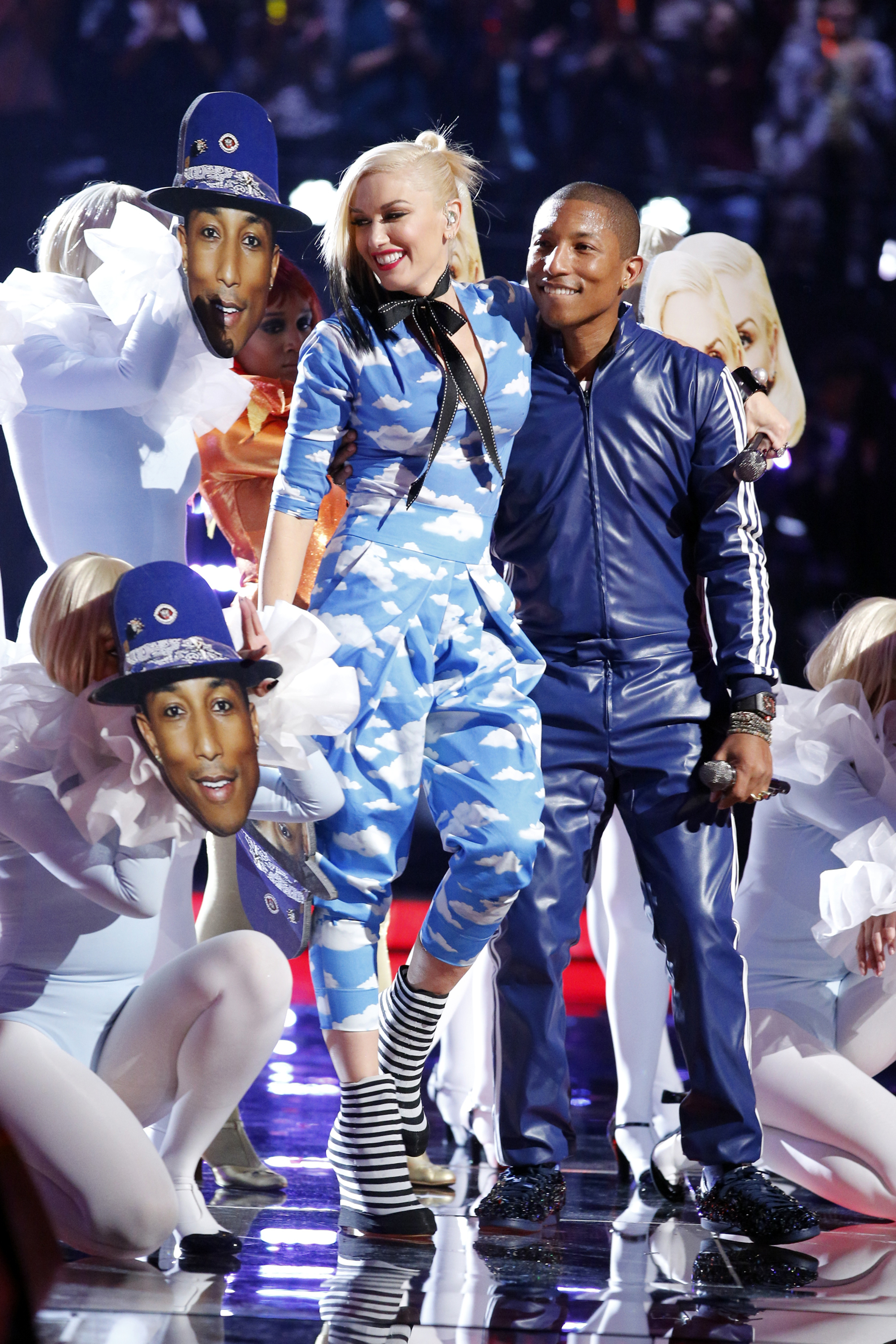 Stefani points to the birth of her third son, Apollo, in February, as the turning point. After a rough pregnancy (“I was throwing up all the time and couldn’t do anything”), she took a job as a judge on The Voice, partly to be close to Pharrell Williams, who helped write and produce several of her hits. Williams was determined to get Stefani back in the studio. “It was time for her to really express herself and not have a bunch of people telling her what to do,” he says. “I held up the mirror and [said], ‘Do you know who’s in there? Do you know how many people respect that person?’ The more she saw, the deeper she reached, and the crazier the stuff came out.”

They recorded two songs, the frenetic dance-pop cut “Spark the Fire” and a punkish track on which Stefani sings about emojis. “I went, ‘Oh, my God, it’s the evolution from what I did before,’ ” she says. After that, Stefani started recording in her living room with producer Benny Blanco. “She’s an open book,” says Blanco. “She’s cuckoo, she’s a superhero, but there’s vulnerability there.” Stefani also wrote with young hitmakers like Calvin Harris and Charli XCX (“I don’t usually want to work with other girl writers – but she had my vibe”). “Even the biggest people [she worked with] were star-struck,” says Blanco.

Most of the album came together within six months – unusually fast for the obsessive Stefani. “It’s addictive,” she says. “I can put this out, and do another No Doubt record.” She probably won’t tour behind the LP, but is already working with No Doubt on a Pharrell-produced song for the Paddington soundtrack (though the song may now be released as a Pharrell/Stefani track), and the band will play festivals this summer. “I’m shocked people still care,” she says. “Doing another solo record and recording No Doubt music and being on The Voice and having three boys all at one time, that just wasn’t something I could dream up in my mind.”