This was a year when there seemed to be a crack in everything, but damn little light getting in. So it makes sense 2016 was when beloved artists created new ways to say goodbye. Three of the year’s most stunning albums came from legends facing the final curtain – David Bowie in Blackstar, Leonard Cohen in You Want It Darker and Phife Dawg in A Tribe Called Quest‘s We Got It From Here … Thank You 4 Your Service. All three were grand last statements from artists who knew they had no time to waste. Cohen, who didn’t make his debut until he was 33, became the first rock star to drop more classic albums in his eighties (one) than in his twenties (zero). Phife died way too young in March from diabetes, at 45, barely half Cohen’s age. And Bowie orchestrated the most head-spinning farewell in rock history, dropping a surprise masterwork on his 69th birthday, and then – to the world’s shock – dying of cancer three days later. As his producer Tony Visconti said, “He made Blackstar for us, his parting gift.”

It was that kind of year. One day this spring I stopped into the Rolling Stone offices and noticed a tray of donuts. Helping myself to a Boston cream, I asked whose birthday it was. “No birthday,” I was told. “A week without an obituary.” That must have been a short week. We lost so many beloved musicians in 2016, and listening to them all year meant hearing new connections between them. It was one thing to hear collaborators like Prince and Vanity, or Keith Emerson and Greg Lake, or Tony Conrad and Pauline Oliveros. But you also noticed the bonds between Merle Haggard and Sharon Jones, or George Martin and Scotty Moore. By the end of 2016, you could imagine a jam between Ralph Stanley, Maurice White, Clarence “Blowfly” Reid and Dead or Alive’s human youthquake Pete Burns.

But Bowie, Cohen and Phife set the tone – because they all faced the end with so much bravado. We’d never heard farewell albums like these before. Not a moment of self-pity – just the fearless generosity of musicians determined to get to work and put their art into the world, at a time when they had other worries. And in their “parting gifts,” they made musical connections that double as spiritual connections. It’s bracing to hear Bowie give a shout out to Gang Starr in “Blackstar,” over “Planet Rock” beats, just as it’s bracing to hear A Tribe Called Quest give it up to glam rock in “Solid Walls of Sound,” bringing in Bowie’s old space-mate Elton John. The Tribe are doing songs of love and hate, just like Cohen ponders beats, rhymes and life. All three artists already had noble careers behind them, yet they faced up to one last challenge at closing time – they reinvented the art of saying goodbye.

Farewells are for artists who don’t scare easily – think of William Butler Yeats writing “Cuchulain Comforted,” one of his most magnificently cold-blooded poems, on his deathbed with just days to go, or Wallace Stevens composing “Of Mere Being” at the end of the road. Yet it’s a tougher trick for musicians, because the realest farewells have come from the ones who die unexpectedly, in the midst of doing their job – Otis Redding didn’t intend “Dock of the Bay” as his goodbye record; he intended it as his next record, which is part of its power. Same with Biggie’s Life After Death. Lynyrd Skynyrd didn’t make Street Survivors to seal their legend; they made it to get paid and laid. (“When I come back here next year I wanna see you again” is the best kiss-off to an underage groupie in the history of death albums.)

But Bowie’s Blackstar was something new – the most devious, ambitious, soulful farewell any rock performer has knowingly crafted. As Visconti said, “His death was no different from his life – a work of Art.” Yet he was stretching out into new territory, inspired by D’Angelo and Kendrick Lamar, working with jazzman Donny McCaslin’s band for an album of eerie torch songs, yet with all his unique wit. As McCaslin told me last week, the first time Bowie jammed with the band, he said, “I haven’t had this much fun since my heart attack.” 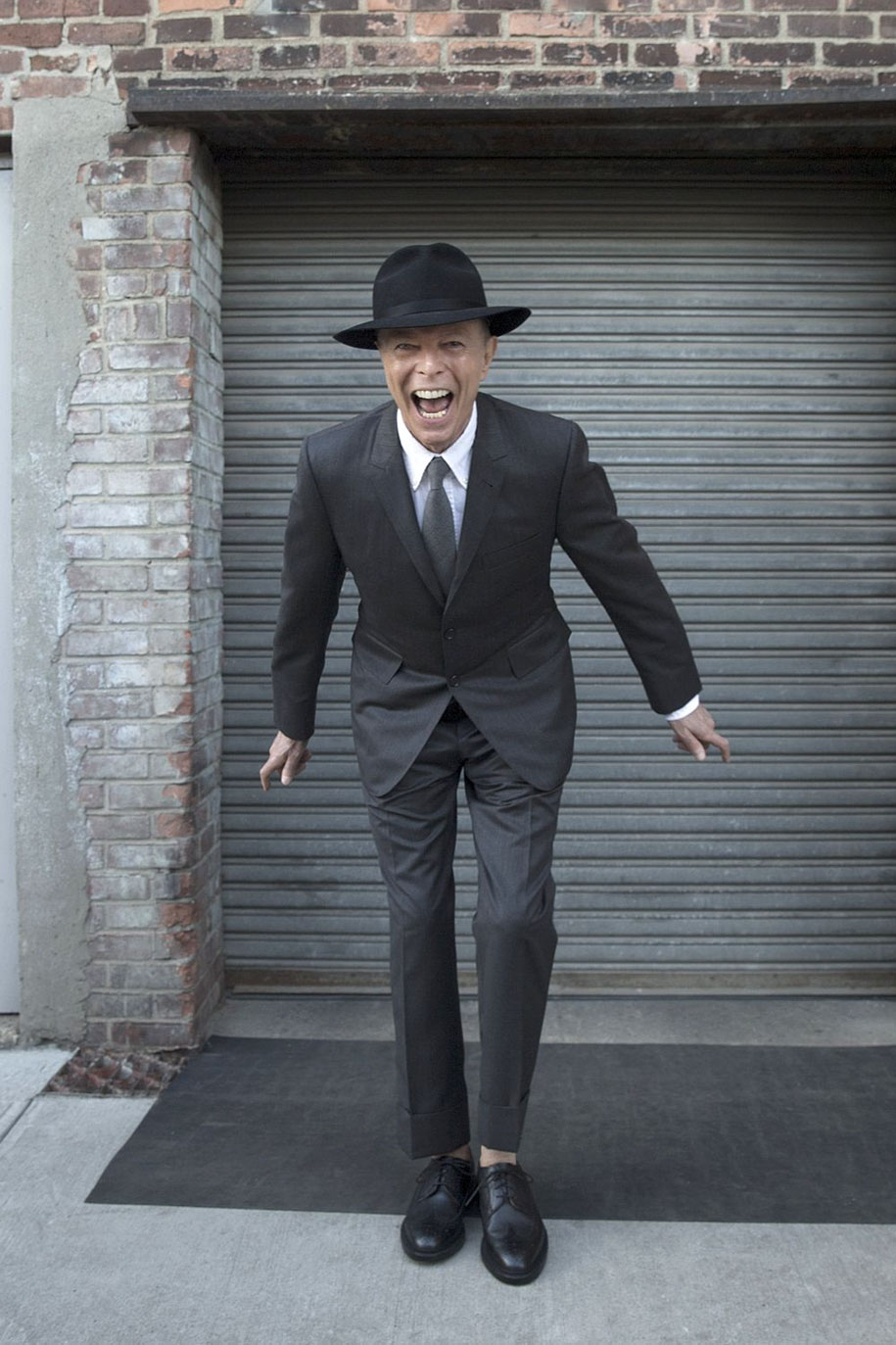 When Bowie dropped Blackstar, he kicked off a worldwide celebration, with that iconic photo of himself grinning in a fedora. On Friday, his birthday, I went to see Visconti’s tribute group Holy Holy play The Man Who Sold the World (Bowie’s most Leonard Cohen album, especially the folk dirge “After All”). I was one of the youngest fans there, a rare sensation for me at a rock show, but everybody kept raving about this new Bowie album we’d been playing all day. Visconti had the audience sing “Happy Birthday” into his phone so he could text it to David. (I suspected it might be just a stage gesture, but I was close enough to eyeball Visconti’s phone when he hit send and the little blue cloud ascended upwards; that’s when I knew he was not lying.)

All weekend, friends kept getting in touch to share our responses to Blackstar – our first listen, our 10th listen. My wife decided on Saturday it was one of his 10 best albums, then on Sunday announced it was one of his five best. But when Monday morning came, Bowie was no longer here to share it – he’d been secretly living with cancer for 18 months. “I Can’t Give Everything Away” was now revealed as his bittersweet final word, a song as massive as “Heroes.” After 10 months of near-daily listening, the song remains overwhelmingly poignant. Bowie’s not complaining or feeling sorry for himself – as his soul brother Merle Haggard would say, he’s just talking to himself man to man.

The Tribe album has a different resonance, because Phife died in the middle of making it. Nobody thought the Tribe would work together again – their final album The Love Movement was also their weakest, and Redman had the best line on it. (“I went through more trees than Sonny,” a tasteless reference to one of 1998’s rock deaths.) But Thank You 4 Your Service is a collaborative marvel: Phife joins Q-Tip and Jarobi White on the mic, with Busta Rhymes and Consequence as full-on partners. All their work was done at Tip’s home studio in New Jersey – in person, face to face, even though the strain of commuting from Oakland took its toll on Phife health. As Jarobi said, “He basically gave his life to make this album.” They finished it without him, including the tribute “Lost Somebody.” On some of the tracks, he’s alive; on others he’s dead. The title was Phife’s idea; he never got around to telling them what it meant.

The Tribe rose from the most idealistic of rap scenes, the Native Tongues – their music was rooted in friendship. So when they stopped getting along in the late Nineties, they had too much respect (for each other, but also for the audience) to fake it. Yet everybody on Thank You 4 Your Service sounds fired up at the chance to do this, not pretending it’s a happily-ever-after reunion, just a moment worth sharing despite all the emotional anguish it must have cost them. Before Sharon Jones died, she was fond of saying, “I have cancer; cancer don’t have me.” Though his illness was different, that’s the spirit you can hear in Phife’s voice here. 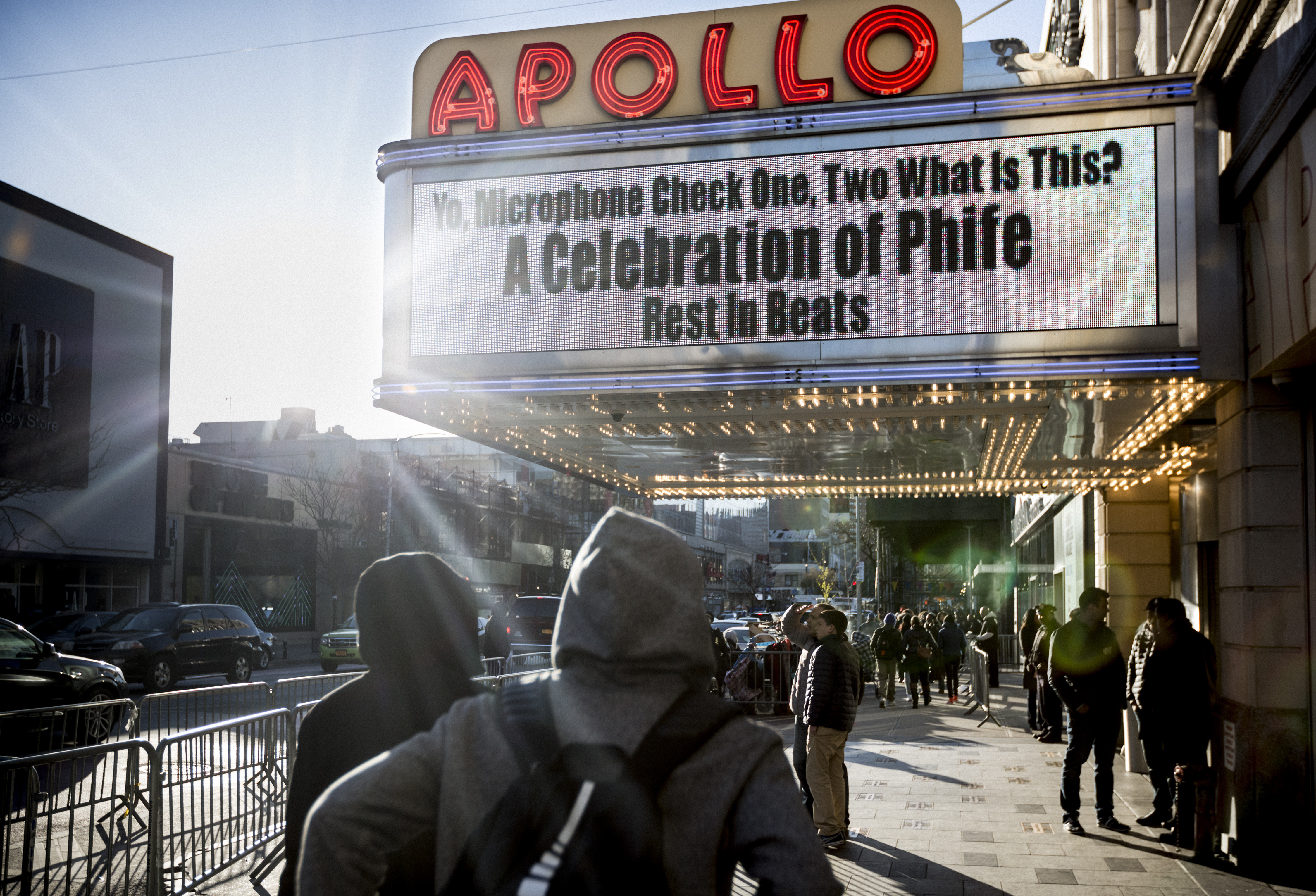 Nobody ever savored the role of rock elder like Leonard Cohen – he was never into playing a young man’s game in the first place. But he revved up the pace in his final years, banging out the superb farewell trilogy of Old Ideas, Popular Problems and You Want It Darker. Working so fast was a bold experiment for a poet who liked to spend years brooding over each line, but he’d stepped into a creative avalanche, and he was determined to ride it out. As my colleague Hank Shteamer wrote in his brilliant obituary, Darker is “some kind of Stygian soul music.” At 82, he knew this was the end. “Treaty” is one of his fiercest ballads ever – he mourns the shattered relationships he won’t live long enough to heal, murmuring, “I’m so sorry for the ghost I made you be.”

In The Best of Leonard Cohen, which has some of history’s funniest liner notes, Cohen sets the scene by itemizing the exotic locales for each song (“I began it in a Polynesian restaurant in Miami in 1971 and finished it in Ansara, Ethiopia”) and the first-name-only muses: “Yafa was doing tricks with her silver bangles. I owe her the last verse.” But he made You Want It Darker entirely in the dining room of the house he shared with his daughter in L.A., because he could no longer walk, rasping his vocals into a laptop from his orthopedic medical chair – that’s all he needed to create this majestically badass farewell. He turned that chair into his Tower of Song.

There’s something inspiring about that. But also something frightening. Cohen – like Phife, like Bowie – flaunts all the cracks in his voice. This is my broken instrument, his voice tells you. This is what I’m working with to make my shit happen. What’s YOUR excuse? Believe me, I listen to these albums and I don’t feel sorry for the artists. I hear their voices daring me to build something out of my day – finish writing that paragraph, call up that loved one, go out to hear some live music. That’s the danger of listening to these farewell albums – they’re not just an inspiration. They’re also a challenge. 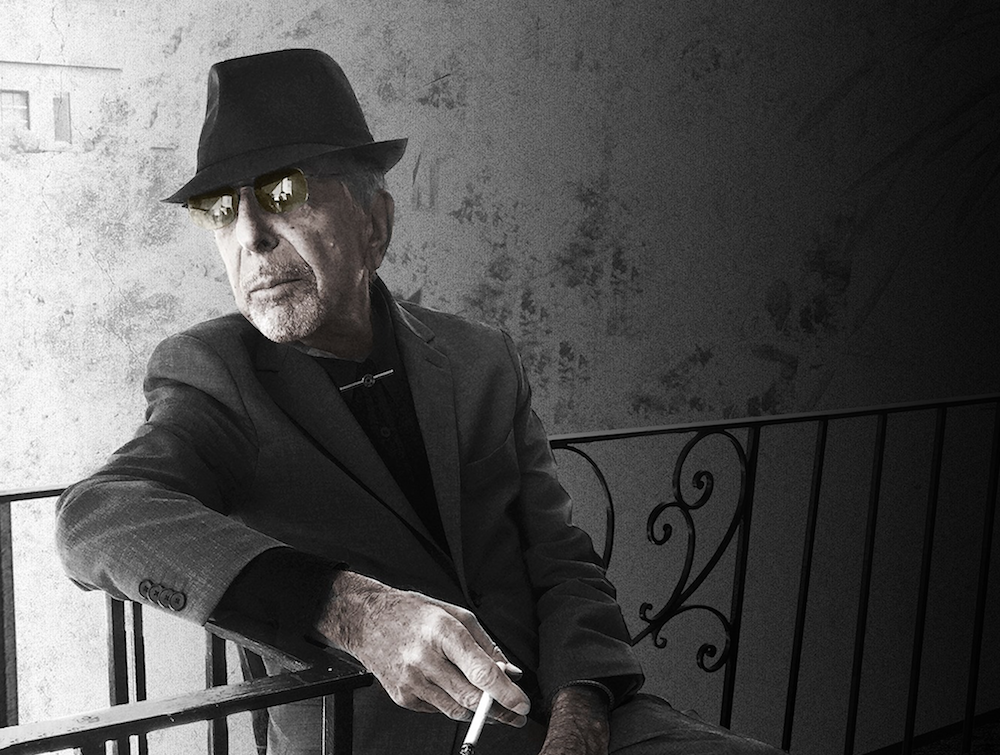 Sometimes when I play You Want It Darker it reminds me of an old Polish woman I met about 10 years ago – probably in her early eighties, shuffling into an insufferable Brooklyn hipster record store to ask if they had any records by that man she saw on PBS last night. She didn’t get his name, but the song went something like, “I’m old, I’m tired, I’m grey, I ache where I used to play.” The dudes at the counter shook their heads – they were so embarrassed by this lady, they just wanted her to leave, even though it would have taken them 10 seconds to Google the lyric. I showed her the Cohen section of the CD racks – the song she heard was called “Tower of Song,” and it was on I’m Your Man, but it was also on More Best Of, which might be a better buy because it had that other song. Did she know “Hallelujah”? Oh, yes, she liked that one. More Best Of was the CD she walked out with. Listening to “Tower of Song” the night Cohen died, I found myself remembering her. Is she still around? I hope at least she outlived that record store (which had a few months to go, though I never went back). These songs, man – the longer we live with these songs, the more of our memories they hold, and then they choose the worst fucking moments to pop like a piñata on us. I was busy grieving Cohen that night – I didn’t have tears to spare for this stranger I only spent 10 minutes with. But all the cold and broken hallelujahs we drag around in our hearts – the songs refuse to protect us from those. And like true artists, Cohen, Bowie and Phife spent their final days at work, inventing whole new ways for music to break our hearts.