In a career marked by sharp turns, Low might be David Bowie‘s sharpest – and most impressive. The first of Bowie’s Berlin trilogy represents both a personal and aesthetic overhaul. With his coke-crazed L.A. days behind him, the artist found new life in Europe, which offered an escape from his megacelebrity status, as well as detox opportunities and a chance to harness new sounds, notably Germany’s proto-techno “kosmische musik,” also known as krautrock. From a creative and a political perspective, Bowie saw the divided city of Berlin as “the center of everything that is happening and will happen in Europe over the next few years.” His intent was to “experiment; to discover new forms of writing; to evolve, in fact, a new musical language.” That’s pretty much what he did.

Startling though it was, Low was not without precedent. Bowie had already begun experimenting with more modular, multitracked methods of song production on Station to Station. Meanwhile, The Idiot, Bowie’s first collaboration with Iggy Pop, who’d become a close friend and confidant, also led him in new directions.

But it was Brian Eno who would most help him assemble these elements into a radical new form. A fellow English art rocker also dodging stardom’s confines, Eno traded his gig as glamtastic keyboardist-cum-conceptualist with Roxy Music for less-traveled roads. His 1975 solo album, Another Green World, was a free-form masterpiece blending instrumentals and lyric-driven songs with unconventional sounds. Bowie admired it greatly. 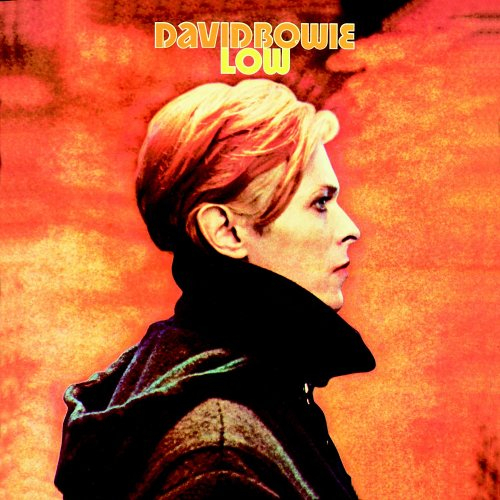 Low began in the wake of the Idiot sessions in France, at Chateau d’Hérouville, where Bowie had cut Pin Ups. Returned to the fold was Tony Visconti, who’d been with Bowie sporadically since 1969. When asked by Bowie and Eno if he was willing to waste a month on experiments that might come to nothing, Visconti replied, “Wasting a month of my time with David Bowie and Brian Eno is not wasting a month of my time.” Visconti brought a brand-new device to the table in France: an Eventide Harmonizer, a sort of proto-sampler that captured, altered and played back sounds simultaneously. It would become a key element in the mix of Low, especially its processed drumbeats, which became a major influence on the sound of postpunk and rock.

Eno’s work is most evident on Low‘s wholly instrumental second side, a good chunk of which was created when Bowie had to leave the studio for a period to deal with legal business in Paris. The haunting “Warszawa” is almost entirely an Eno creation but for Bowie’s stunning wordless vocals. Inspired by a Bulgarian boys’ choir on an LP Bowie had picked up in Paris, he and Visconti mirrored their sound in part by pitch-shifting Bowie’s voice higher.

The result was a strange and beautiful LP that terrified RCA Records, which saw it as commercial suicide compared to Bowie’s recent hits. It was indeed close to Bowie’s imagined “new musical language,” a record that helped revolutionize the sound of rock. Musicians especially felt its effects. “That particular album, that song ‘Warszawa,’ that’s when I knew music was the ultimate force, at least in my own life,” says Dave Sitek of TV on the Radio, a band that would eventually work with Bowie.

In the wake of Bowie’s death, his longtime guitarist Carlos Alomar, who was Low‘s musical director, could listen to little besides the album’s instrumentals. He was stunned by their collective creation from the get-go. “When I got Low, I turned off all the lights in my apartment and I turned up the systems and, man, I was in space,” he recalled. “It was awesome.”