At the dawn of the 21st century, Bob Dylan seemed to be back on a creative roll. His last LP, 1997’s Time Out of Mind, had recently taken home a Grammy for Album of the Year, and in 2000, he won the Best Original Song Oscar for “Things Have Changed,” from the movie Wonder Boys. Another artist might’ve been content with all that, especially an artist about to turn 60. But the greatest late-career re-emergence in rock history was just getting started.

When work began on Love and Theft in May 2001, guitarist Larry Campbell was among the first to sense the album would be something special. Right after they’d recorded “Things Have Changed,” Dylan played Campbell chord changes for one of his new songs, “Po’ Boy.” “They were relatively sophisticated changes for a Bob Dylan song,” Campbell recalls. “That was the first inkling of what the material might be like – taking elements from the jazz era and adding a folk sensibility to it.”

Sure enough, Dylan would be looking to a specific pre-rock past for inspiration. “All my songs, the styles I work in, were all developed before I was born,” he said at the time. “When I came into the world, that spirit of things was still very strong. Billie Holiday was still alive. Duke Ellington. All those old blues singers were still alive. And that was the music that was dear to me. I was never really interested in pop music.”

How Bob Dylan Made Rock History on 'Highway 61 Revisited'

True to his word, Dylan would deliver an album steeped in Chicago blues, Tin Pan Alley crooning, jump blues and Western swing. Supporting Dylan on that journey was his then-current band, one of the sharpest ensembles ever to back him up – guitarist Charlie Sexton, guitarist-fiddler–banjo player Campbell, bassist Tony Garnier and drummer David Kemper. When the sessions finally began at Clinton Recording in midtown Manhattan, Dylan would arrive each day around 3 p.m. in swanky duds – white Western shirt, peg pants – pull out his guitar and get to work. In typical Dylan code of silence, the sessions were booked under the name of his manager, and studio employees were told not to tell anyone they were making a record with Dylan until it was finished.

The Love and Theft sessions were some of the most productive and least predictable of Dylan’s career. Studio employees were told Dylan wanted to sing while sitting in a corner of the room, his back to the band – a scenario probably inspired by the cover of Robert Johnson’s King of the Delta Blues Singers Vol. II. No sooner had the band begun playing one of its first songs when Dylan stood up, walked over to a nearby piano and stayed there for the rest of the day. “It was, ‘OK, we’re doing this now,'” recalls Campbell. “He was kind of like a dog that has to circle the bed a few times before he can relax.”

On any given day, Dylan might have played the band members a vintage recording by Holiday or Jimmy Rushing, have them learn that song, and then ask them to adapt that feel and arrangement to his own tune. But after listening back to a take, Dylan would just as often ask the musicians to change their instruments and adapt different keys or tempos for that song. “What surprised me was how quickly he would abandon an arrangement when he was working,” engineer Chris Shaw says. “He’d say, ‘What’s the tempo? Let’s do it in F and drop the tempo down and do it like a Western swing tune, and I want the drummer to play brushes, not drums.’ And suddenly the song was completely different. Nothing was set in stone until he found that key, tempo and style that fit that vocal and that lyric.” 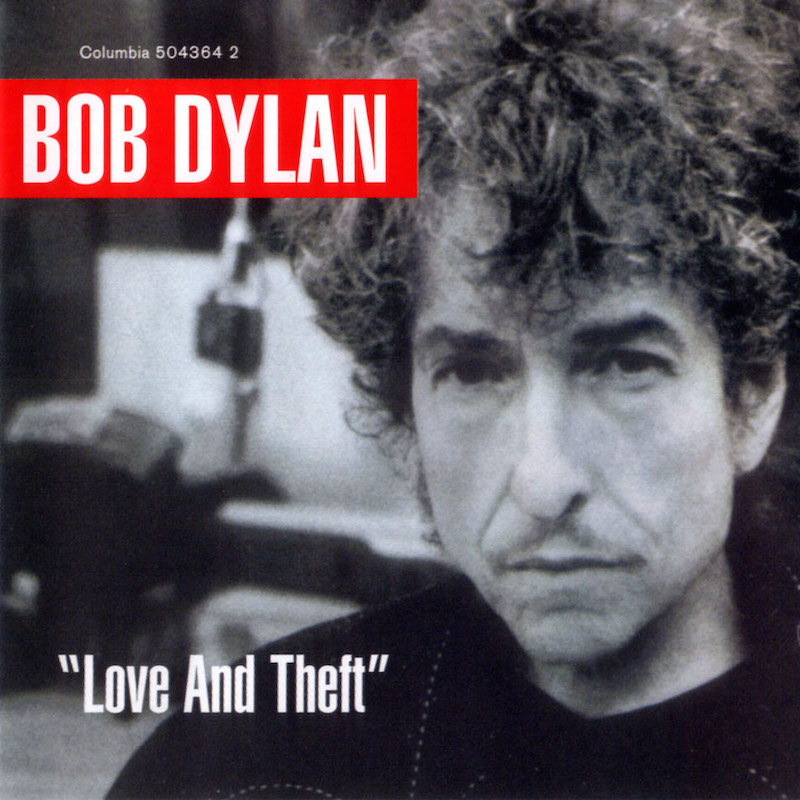 Dylan knew how to push his band’s collective buttons. “If the band wasn’t grasping what he wanted,” Shaw says, “he was frustrated and would kick them in the ass by listening to the last take and saying, ‘I guess I don’t have the manpower to make this song work – I’ll just go out there myself with my guitar.’ The band would say, ‘No, no!’ and get their shit together.” As Campbell admits, “When we went on to the next tune, I guess that’s when you knew we had got it in one form or another.” In need of a different mood to follow the hard-churning boogie of “Tweedle Dee & Tweedle Dum,” Dylan, at the suggestion of his manager, recut “Mississippi,” a song he’d recorded and dropped from Time Out of Mind and later offered to Sheryl Crow.

Since they’d never recorded a full LP with Dylan before, the band also learned to keep out of his musical way (the guitarists would receive stink-eye looks from him if they played too many fancy licks while he was singing) and not to worry about mistakes. “If you get a microscope and plow through some of these tracks, you’re going to hear some odd chord choices in places, an errant note here and there,” Campbell says. “But Bob would feel like something was right when it felt right. I had a few things I really wanted to redo, and he said, ‘No, man, it’s fine. That’s the way it’s supposed to be.'”

After the sometimes contentious Time Out of Mind sessions with producer Daniel Lanois, Dylan had decided to produce Love and Theft himself under the pseudonym Jack Frost. “We didn’t know who Jack Frost was until we saw it on the album,” says Augie Meyers, the roots-music organist and former Sir Douglas Quintet member who’d been called upon to play on the LP (as he had on Time Out of Mind). Taking control seemed to suit Dylan, even as he was prepping to follow up a landmark like Time Out of Mind. “Bob was a little bit more relaxed when we did Love and Theft,” Meyers says. “You could see it in his body language.”

When an executive from Columbia stopped by to hear some tracks, Dylan kept alluding to an acoustic version of “Cry a While” that didn’t exist just to yank the executive’s chain. Seeing a new issue of Rolling Stone in the studio featuring Destiny’s Child on the cover, with the cover line “Booty Camp,” Dylan was inspired to slip the phrase “booty call” into “Cry a While.” Dylan told Shaw he wanted to release a live album – but with all the dates and cities listed incorrectly to mess with the heads of Dylanologists.

When it was wrapped up, the album – its title inspired by historian Eric Lott’s 1993 study Love & Theft: Blackface Minstrelsy and the American Working Class – could be as somber and austere as Time Out of Mind, with Dylan’s increasingly gnarled voice now the equivalent of a weathered oak tree. “Basically, the songs deal with what many of my songs deal with – which is business, politics and war, and maybe love interest on the side,” Dylan said at the time. “The whole album deals with power. If life teaches us anything, it’s that there’s nothing that men and women won’t do to get power. The album deals with power, wealth, knowledge and salvation – the way I look at it.”

One especially potent standout, “High Water (for Charley Patton),” was apocalyptic country blues named after the Johnson-era Delta bluesman. “I listen to ‘High Water’ now, and it’s sort of like the Bible,” says Crow. “You read verses in the Bible, and you can’t believe how much they’re saying or what’s happening now. In ‘High Water,’ there’s one line in particular – ‘Don’t reach out for me,’ she said/’Can’t you see I’m drowning too.’ That’s not only what’s happening in the political realm, but what’s happening environmentally; there’s high water everywhere.”

The album could also be playful and whimsical. The Bing Crosby–esque “Moonlight,” the jump blues of “Summer Days” and the crooning in “Bye and Bye” (its arrangement inspired by Holiday’s languid 1938 song “Having Myself a Time”) were the sound of a man at ease with himself and the past. “He’s able to turn a melody and create a twist, and then he delivers it like a crooner,” says Crow. “I love that.” Yet Love and Theft was no mere Americana trip any more than The Times They Are A-Changin’ was merely a “protest” album. The pre-rock genres he drew upon never sounded so vibrant and plugged in – Dylan was respectful of American roots music but not reverent toward it, a crucial distinction. And perhaps reflecting his own renaissance – and his recovery from a heart issue a few years earlier – Dylan rarely sounded so wily and alive.

Love and Theft took on chilling additional resonance when its official release date, September 11th, coincided with the terror attacks in New York and Washington, D.C. On message boards, Dylanologists tried to read their own meanings into the lyrics, like interpreting “Tweedle Dee & Tweedle Dum” as a premonition about the Twin Towers. “There were conspiracy people trying to prove Bob was prescient about the 9/11 events, how he had seen this coming and written it into the songs,” says Campbell. “Paul-is-dead kind of stuff. But I also think many people found a new Bob Dylan record a sort of refuge from the insanity of that whole event.”

Dylan – who saw the album as the first part of a trilogy that would go on to include Modern Times and Together Through Life – would continue to frolic in a deep reservoir of American music. “Hopefully, it would also speak across the ages,” he said of Love and Theft. “That’s what I was trying to make happen, because just to make another record at this point in my career … I don’t feel like what I do qualifies to be called a career. It’s more of a calling.”