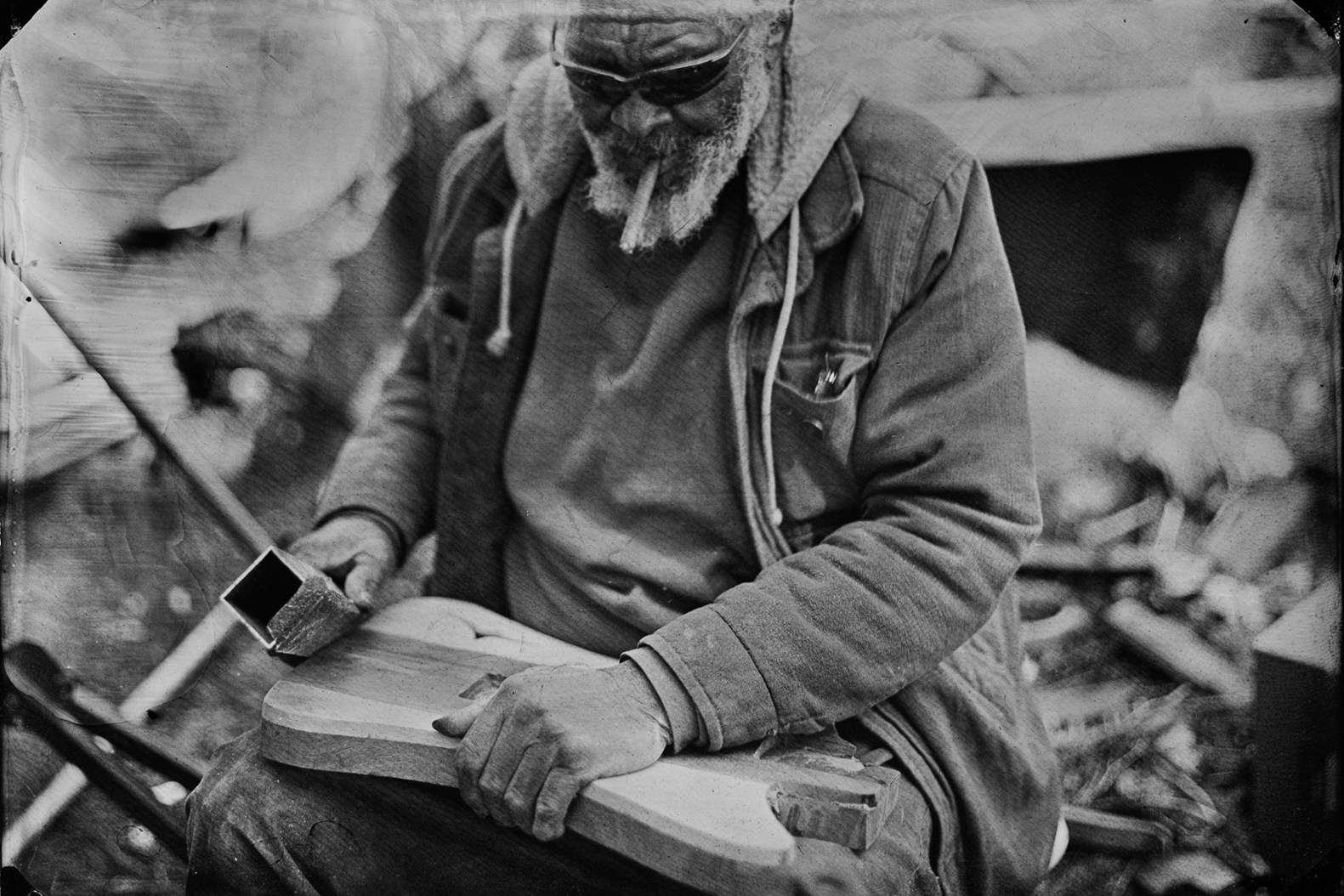 Freeman Vines, a North Carolina–based artist, guitar maker, and one-time blues musician, thought he’d seen it all: He’d worked for free on a white farm and served jail time for bootlegging. But about five years ago, a man approached Vines with two planks of black walnut wood from which he could make new instruments.

“The only words he said were ‘You might not want that wood, ’cause a man was hung on that tree,'” Vines, now 78, says. “That was the whole conversation of the wood, right there. Nothing added, nothing taken away.”

Vines was skeptical: “You know how people make things up,” he says. But, he adds, “The guy that gave me the wood was about 89 years old. He lived to be 91 years old. He had no reason to lie. A super-wealthy man with yachts and plantations. The wood had been in the barn forever.”

Eventually, with the sometimes reluctant help of locals, Vines — working with folklorist and photographer Timothy Duffy and writer and folklorist Zoe Van Buren — determined that the wood may well have come from a tree where a black tobacco farmer named Oliver Moore was lynched in 1930. “The story is that the tree fell or someone cleared the land, and they cut up the tree and divided it up,” says Duffy, who is also the founder of the Music Maker Relief Foundation, a nonprofit that helps elderly musicians and has included Vines’ work in exhibits here and abroad.

Vines, who has been making handmade guitars in his shop for decades, eventually built four guitars from parts of that wood. Photographs of Vines and his work (and workshop) are featured in Vines’ haunting new book, Hanging Tree Guitars (out September 1st from the Bitter Southerner Press), written with Van Buren and featuring photos by Duffy.

While it may be impossible to determine how much of the wood did come from that particular tree, Vines feels there’s truth to the legend. “Anyone handles that wood or those instruments, they will know what the deal is — they will notice a difference too,” he says. “It is not like ordinary wood. I do not know what the hell it is — it’s hard to explain. It had all sorts of strange sensations.”