On September 7, 2018, Spotify quietly unveiled Pollen, a playlist based around a radical premise: It was not organized by genre. The late-night house of South Korean producer park hye jin existed in the same space as the sparse guitar pop from Clairo, head-nod hip-hop from YBN Cordae, and bossa nova-kissed R&B from Tei Shi.

Pollen marks the next step in Spotify’s attempts “to connect audiences to music without using genre,” says Meg Tarquinio, Spotify’s senior lead of curation strategy, who helped develop the playlist with John Stein, JJ Italiano, Cecilia Azcarate, Felipe Rocha, Heather Brodie, and Tony Lashley. “It goes way beyond what we’ve done in the past in terms of mood or moment playlists.”

The approach taken by Pollen should not be novel, but it is. It’s long been fashionable for musicians and critics to declare the death of genre in music. Yet this doesn’t reflect the reality in the music business, which still relies heavily on genre for marketing purposes. Earlier this year, Lil Nas X was kicked off Billboard’s country chart purportedly because it “did not embrace enough elements of today’s country music,” and the entire radio system remains predicated on narrow definitions of genre.

But even as the music industry holds tightly to genre, listening habits have become more varied than ever. “The same person listening to Clairo is likely also listening to Jpegmafia or Brockhampton,” says Connor Lawrence, chief marketing officer for the music analytics company Indify and a Pollen advocate. “All those artists are fans of each other, why wouldn’t their fans also be?” 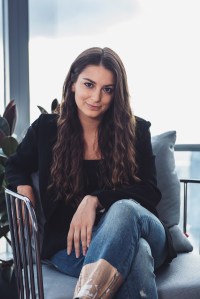 Spotify’s team worked for eight months on Pollen’s development, according to Stein, a Spotify veteran who has worked for the platform since the purchase of the playlisting company Tunigo in 2013. The incubation period helped the group overcome some of the traditional obstacles to genre-less programming. “I needed to figure out how the music works together — how do you sequence artists like Tyler, the Creator and Clairo in the same playlist?” Stein says. A DJ in a club can match tempos to smooth the transition from house music to rock; Stein cannot. Part of the challenge involved getting used to changes — in tempo or drum programming — that our ears have been conditioned to think are jarring. Moving between genre “is not something we normally see from programmed offerings, so in the beginning, it did feel like there were some walls there,” Stein says. “Now it feels natural.”

Since its debut, Pollen has grown from around 50 tracks to around 120; it now boasts 410,000 followers. While this a modest total next to a juggernaut like RapCaviar (over 12 million followers), fans of Pollen are devoted and enthusiastic, helping to boost the careers of young acts like Hope Tala and Still Woozy. “We’ve been on other playlists that have higher follower numbers, but the engagement on Pollen is mad,” says Jamal Hadaway, who produced Tala’s Sensitive Soul EP. “This is not like a mid-day cafe background playlist; this is a, I-need-to-listen-to-this-today-what-the-fuck-is-on-here playlist.” Hadaway says. Tala earned more than three times as many streams from Pollen as she did from another playlist that boasted twice as many followers.

Pollen has a fair mix of music from indie and major labels — unlike, say, Today’s Top Hits, which can be more than 75 percent major label artists — according to analytics company Chartmetric. And the playlist is impressively committed to surfacing new music: Chartmetric data shows that the average track popularity, as measured by Spotify, is 8/100, while on the popular playlist Songs to Sing in the Car, it’s 70/100.

Pollen could still push its conceit further, ranging more widely — incorporating more reggaeton and country, for example — and play more with hard-soft dynamics. Spotify recently launched the playlist Lorem (427,000 followers), which Stein describes as “a cool exploration of where pop and alternative intersect right now,” as the company seeks to build “more playlists that are informed by the audience.”