At the 1992 Grammy Awards, Natalie Cole took the stage at Radio City Music Hall to perform “Unforgettable,” a tune popularized by her father, Nat “King” Cole. As a swanky band played behind her, the singer traded couplets from the standard with her long-deceased father, seen in black-and-white footage on a large video screen. The performance awed the Grammy committee – Cole won multiple awards, including Record of the Year and best Traditional Pop Performance. More recently, it also impressed the R&B singer Faith Evans: She cites the Cole segment as part of the inspiration behind The King & I, her new LP of duet-like recordings with her first husband, the Notorious B.I.G., who was shot and killed in 1997.

In the decades since Cole’s appearance, these sorts of posthumous collaborations have become increasingly popular. In 1999, Kenny G duetted with a long-deceased Louis Armstrong on ”What a Wonderful World.” In the fall of 2014, Timbaland and other star producers reimagined Michael Jackson’s work for Xscape, and Barry Manilow sang opposite Marilyn Monroe and Whitney Houston on My Dream Duets. The next year, Kendrick Lamar inserted himself into conversation with Tupac on To Pimp a Butterfly, and Elvis Presley was placed in a symphonic context on If I Can Dream.

Understandably, these projects often spark controversy. Aside from the estate battles and complicated legal wrangling involved, they’re also easily characterized as historically irreverent and sometimes even seem to pander to a lurid fascination with celebrity death.

Evans is aware that a posthumous album instantly raises hackles — especially for a beloved artist like Notorious B.I.G. “I wouldn’t say it was a worry,” she explains. “I know that thought, but that’s the creative element of it, for it to go somewhere else that you don’t even expect. As long as it’s not going somewhere that’s whack.”

Evans is nursing a gimlet at a Williamsburg bar. Though she grew up in Newark, New Jersey, and will forever be associated with the pop-friendly mixture of hip-hop and R&B that stormed out of New York City in the mid-Nineties, she now lives in L.A. She’s a gifted impersonator, capable of rapping old B.I.G. lines with his exact cadence and imitating the precise, lilting accent of her Jamaican mother-in-law, Voletta Wallace. (The key, she says, is remembering that “she was a teacher, so her pronunciation is very sharp.”) She also nails the raspy, frenetic energy of Busta Rhymes, wiggling her shoulders as she lets loose a “Yah! Yah!”

Evans gently pushes back against the idea of The King & I as a cash grab. “If it was just a money thing, I probably would have thought about doing it a long time ago,” she asserts. “I have every right to do it, don’t get me wrong. But it certainly wasn’t about, ‘Oh, that would be super big, money, money, money!’ It’s going to extend his legacy.” 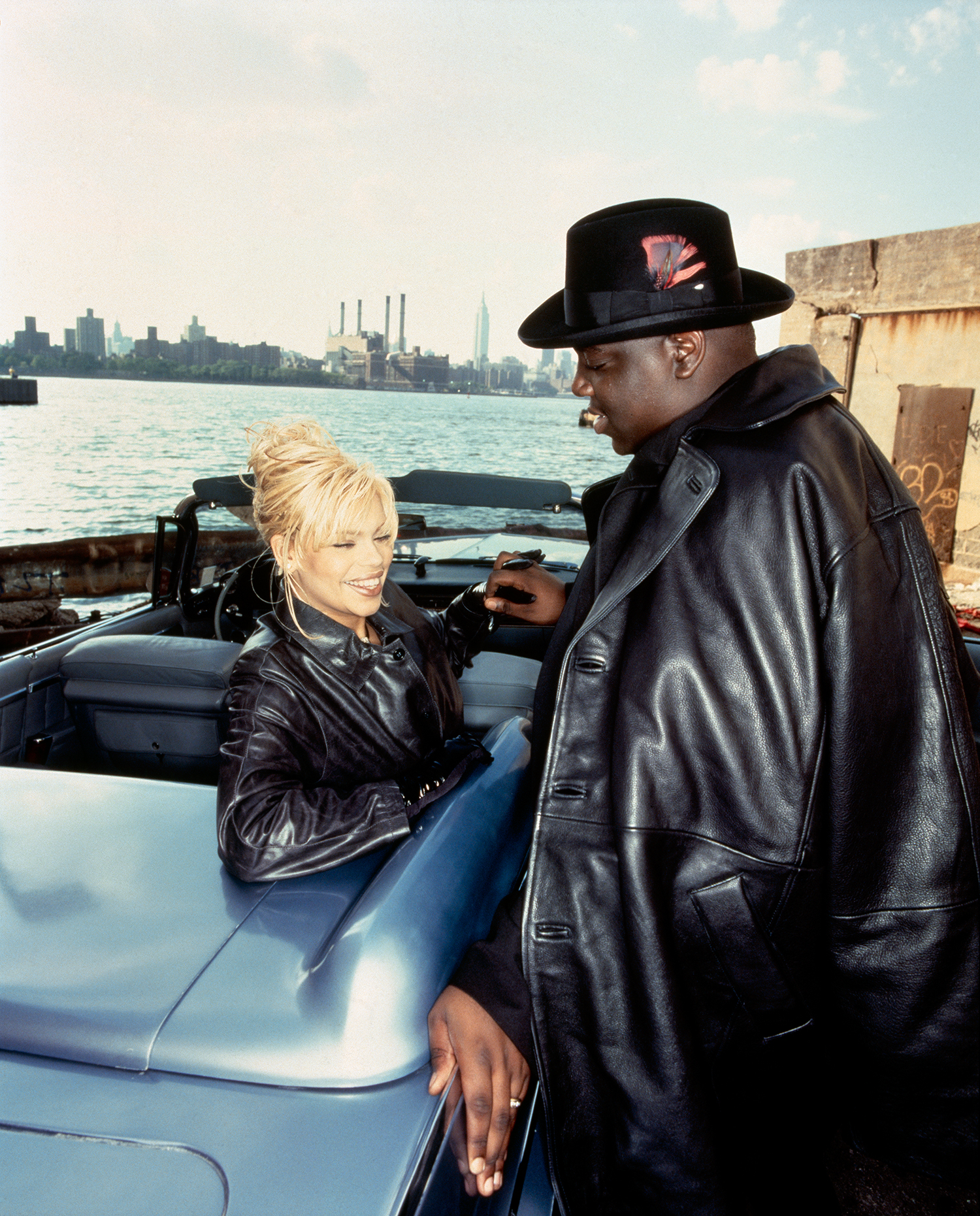 DJ Premier produced a vicious highlight on each of Biggie’s two albums as well as The King & I single “NYC;” in his eyes, the potential benefits of a posthumous record – the chance to recontextualize the work of great vocalists or rappers, and possibly create more greatness in the process – mostly outweigh the costs. “A good record’s a good record,” he says. He characterizes the right way of approaching a posthumous album as, “always honoring, never diluting.” “DJ’ing helps me judge that better than most people,” he continues. “I’ve been DJ’ing since the whole hip-hop culture was born. I know how to approach it.”

Another former B.I.G. collaborator who reappears on The King & I, the rapper Jadakiss, sees posthumous records in a different light: as important acts of historical preservation. “With the new era, the new kids, some of them never really listened to B.I.G., and they don’t understand his legacy or his catalog,” Jadakiss points out. (Perhaps he was thinking of Atlanta hitmaker Lil Yachty, who cheerfully confessed his ignorance regarding B.I.G.’s discography.) “It’s about bringing B.I.G. back, letting them know what he did for the culture.”

The King & I also offers a modest archeological contribution by unearthing two previously unreleased B.I.G. vocals. In contrast to artists like Tupac and Prince, B.I.G. “didn’t have a great amount of stuff that people didn’t hear and definitely didn’t have a lot of unreleased stuff,” Evans says. But she had access to some old tapes from Atlantic records, which was once the home of the B.I.G. affiliates Junior M.A.F.I.A. and Lil Kim. “I actually used a couple of B.I.G.’s reference demos on The King & I, one that he wrote for Lil Kim and one that he wrote on a Junior M.A.F.I.A. album,” Evans explains. “Unless you were in that studio when he laid ’em, you haven’t heard it.” She also pulled an old B.I.G. radio freestyle, which would’ve only been heard by those who happened to be tuning into the airwaves at that moment.

The King & I might actually be called The King & Us: Evans marshals a large group of former B.I.G. associates for the album, starting with his mother, Ms. Wallace, who provides several interludes, and extending to Busta Rhymes, Lil Kim, Junior M.A.F.I.A.’s Lil Cease, Styles P, Sheek Louch and the R&B group 112. She refers to the album as “a musical movie,” and it’s roughly sequenced to tell the story of Evans’ initial encounter with B.I.G., their legendarily fast courtship (they married nine days after meeting), their time together and the aftermath of B.I.G.’s death.

Evans inserts herself into B.I.G. classics like “10 Crack Commandments,” which she transforms into “10 Wife Commandments,” and “The Sky Is the Limit,” where multi-tracked tales of perseverance from Evans appear in between B.I.G.’s rapped lines. In the album’s giddy mid-section, when Evans suddenly falls in love, she leaves the duet concept completely and sings “Fool for You” as a classic soul ballad, with no audible B.I.G. vocals. “That’s that church joint,” she says proudly. Towards the end of the album, she sometimes directly addresses the rapper, as in “Somebody Knows,” a mournful record lamenting B.I.G.’s unsolved murder, which can be uncomfortable to hear, like listening to a private grieving session.

Evans portrays the recording process, even during some of the rawest numbers, as upbeat. “People ask me a lot, ‘Was there ever an emotional moment?'” she says. Just one, and it didn’t happen until after the album was finished and she was listening back to it. “I’m not a cryer,” Evans says. But “I felt a tap on my shoulder, and I was bawling like, ‘I think that was him!’ I really feel like [B.I.G.] tapped me on my shoulder, like, ‘This is dope.’ He felt proud.”

“It doesn’t make me sad,” adds DJ Premier, when asked about revisiting the work of his former collaborator. “I got my cry on when he passed. Now, it’s more about saluting, celebrating and making another banger that keeps B.I.G.’s voice ringing – in an updated type of way.”