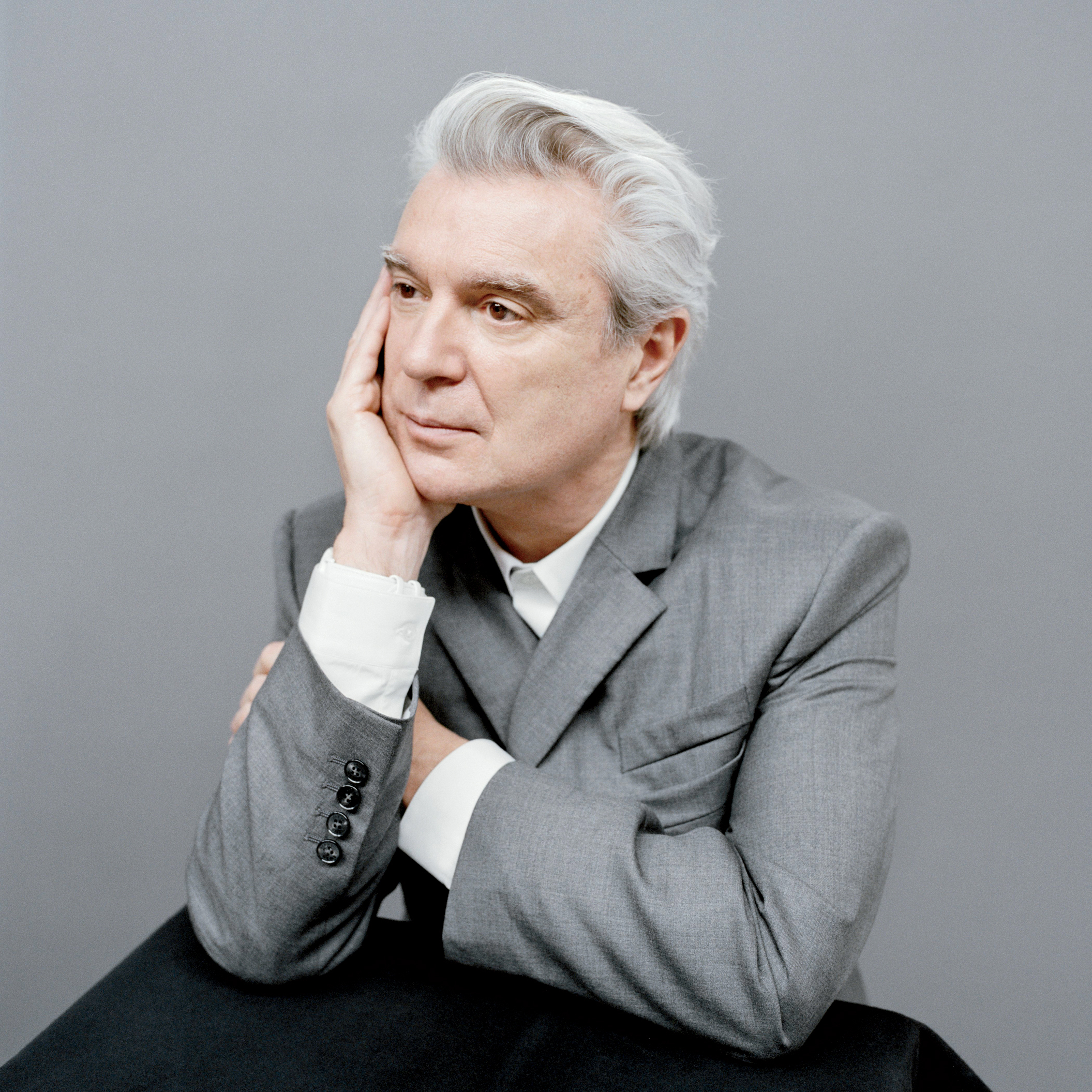 “My booking agent said, ‘I think you’re having a Leonard Cohen moment,’ ” says David Byrne – before hastening to clarify, with a laugh, that the reference was to renewed relevance and popularity, not his impending demise. In March, he’s releasing a strong new album, American Utopia (written over tracks created by his longtime collaborator Brian Eno), before heading out on the most elaborate tour he’s attempted since the Talking Heads shows captured in 1984’s Stop Making Sense – with a career-spanning set list that will include updated versions of his Eighties work. “We have six drummers and percussionists,” says Byrne, 65, who envisions a stage full of musicians in constant, choreographed motion, expanding a concept he and St. Vincent used for the horn section on their joint 2012 tour. “The human beings become the set.”

Your album, like a lot of your recent work, is pretty tight and poppy. How deliberate was that direction?
I’m comfortable with that partly because the lyrics are so very, very far away from what you would hear in a normal pop song. I mean, with a lot of artists I just go, “You’ve gotta write about something other than your boyfriend and your girlfriend! The world is a big place. You’re not 18 anymore – you can do this!” [Laughs]

You just did a Reasons to Be Cheerful multimedia project, where you found reasons to be optimistic about the world. But what makes you pessimistic?
The fact that the Republican Party hasn’t broken rank with Donald Trump. He’s a fucking racist, and they’re going along with it ’cause it gets them where they wanna go. If they don’t break rank, they’re as racist as he is. And let’s not forget that.

Do your side projects – designing bike racks, writing books – feed into the music?
You can only slog away at writing a song for so long and then you’ve kind of gotten the water out of that well – and you need to let the well fill up again. I also compartmentalize a lot. I focus on one thing for a few hours and then break for lunch and work on something else. You take a little break from recording or whatever and go, “OK, let’s breathe in something else and see if it brings a little bit of an inspiration somewhere.”

You once said you’ve avoided a Talking Heads reunion because it would overshadow the other things you’ve done. Is it really that simple?
There’s a lot to that. I see what happens with other people when they do their reunions – and then it turns into a second reunion and a third reunion. With someone like the Pixies, it’s different – they’re getting the audience now that they deserved ages ago. But with a lot of them, it just seems like you don’t have anything new to say, and you go, “OK, this is just some kind of nostalgia exercise.” And I’m not interested in that.

“What would be the challenge is if I can take the ideas floating all around us and put them into an awkward white-man attitude and body.”

You have a classic David Byrne–ism on this album: “We’re only tourists in this life/Only tourists, but the view is nice.” Where did that come from?
It was one of those where you worry, “Has someone used this before?” Clearly, I’m not the first one to say this, but maybe I’m the first one to say it in my particular way. The tone is kind of a little bit of melancholy, with a lot of goofy wonder and amazement all at the same time.

You were an early target of cultural-appropriation debates, particularly with 1981’s My Life in the Bush of Ghosts, which sampled Lebanese and Egyptian singers. How do you see all that now?
As a performer, even early on, I thought, “It’s a rock & roll thing,” but I’m not gonna go out and pretend to be a black man – you’re aware of people where the appropriation seems a little too close, so it seems more like imitation. What would be the challenge is if I can take the ideas floating all around us and put them into an awkward white-man attitude and body. But The Bush of Ghosts is particularly thorny. It’s not even somebody learning another culture’s guitar style or whatever, which to me is totally legitimate – I mean, a lot of African guitar bands are imitating Cuban music. But on that album, you actually hear the voices of people from other cultures. When it’s somebody’s voice, some part of a soul has been appropriated. I’m not talking shit about my own album, but I totally understand why it might feel that way.

You’re a fan of Selena Gomez’s “Bad Liar,” which samples “Psycho Killer.” Doesn’t it bum you out to hear your music so decontextualized, though?
No, no, not at all. I mean, I would have an issue if somebody took, say, “This Must Be the Place,” which is a very personal love song – if somebody repurposed that and made it into some kind of horrible violent thing, I would probably say, “No, you do not have permission to do this.” Other than that, yeah, repurpose the stuff. That’s totally fine. And, you know, we get paid for it too. So thank you, Selena Gomez! [laughs]