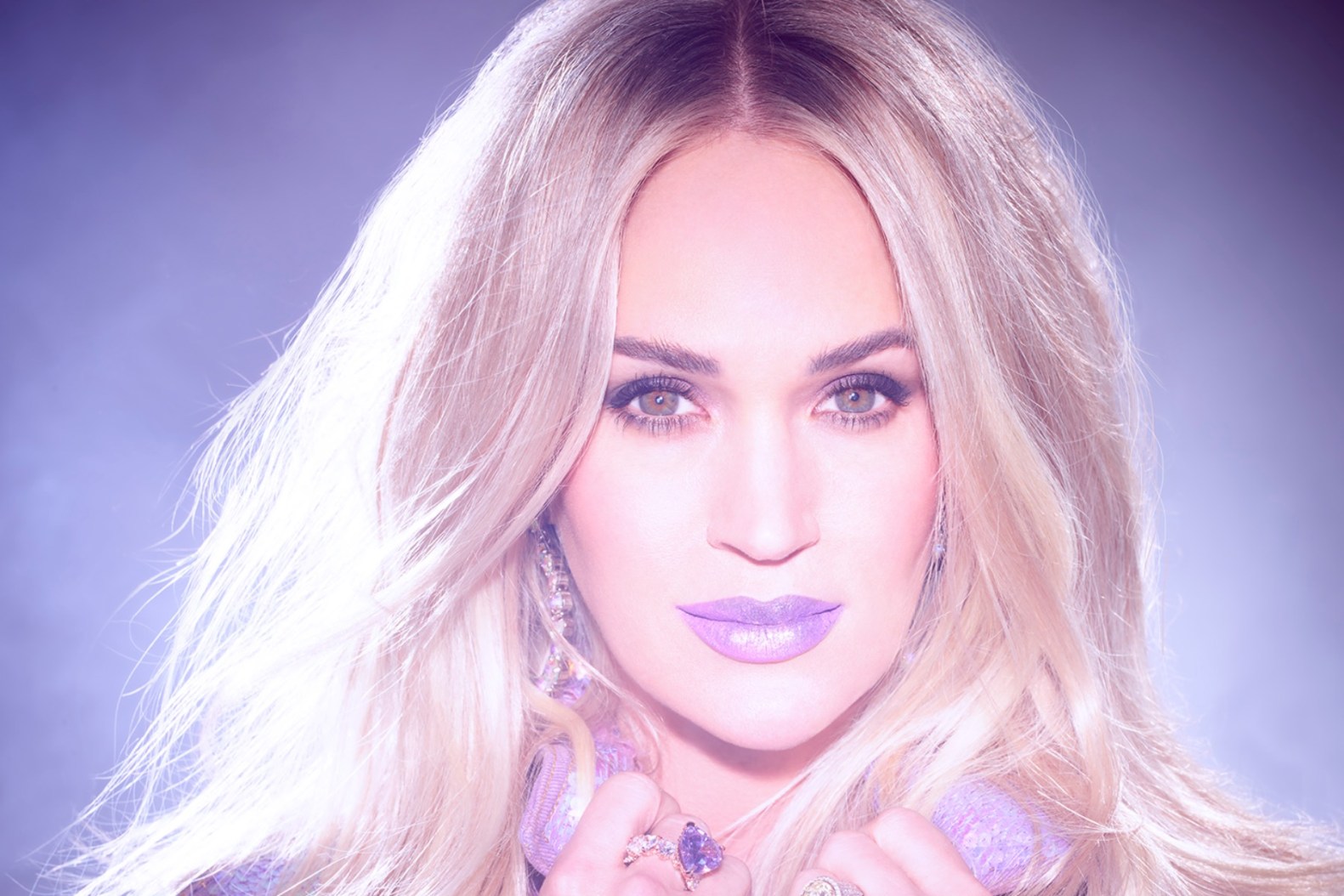 Carrie Underwood has eight Grammy wins and 16 total nominations over her career, with the bulk of her recognition coming in the vocal performance categories. There’s good reason for that: Underwood has some of the most powerful pipes not just in country music, but anywhere. Even Axl Rose was persuaded to sing with her at last summer’s Stagecoach festival, a surprise collab that Underwood calls “one of the best moments in my existence.”

As the industry gears up for the 65th Grammy Awards in February, Underwood — who kicked off a new tour last weekend — will likely find herself back in the hunt on the strength of her latest album, Denim & Rhinestones, and its tour-de-force lead single “Ghost Story.”

Like with 2018’s Cry Pretty, you co-produced Denim & Rhinestones. What’s that process like?
I worked with David Garcia on the Cry Pretty album and through that, and through working on My Savior with him, I feel like that really solidified our relationship in music. It all comes down to what are we feeling? It’s more free-flow. We didn’t try to fight any influences or try to say, “Who is Carrie Underwood? And let’s make a record that sounds like her.” We just created.

At this point in your career, you’ve earned that freedom, though. You could do a hard rock album if you like.
You never know with me. As an artist, it used to bug me that I didn’t feel like I had a lane. Then one day I realized that’s not a hindrance, that’s an asset. Let’s roll with it and use that. When we started making the album, David did say, “What do you want?” I said, “I want to have fun.” That was where I was at in my world. I wanted to have a good time and sing songs that made me happy and have a blast when I’m onstage. We’ve done so much in the past, with my dramatic phases and different feels of what life is like. I wanted [this album] to be lighter and happier.

So much of your Grammy success has come in vocal performance categories. “Ghost Story” lends itself to that.
I love to sing, and I’ve always taken pride in the work I’ve put in on my vocals. I do want to sound good. Growing up and going to concerts or seeing my favorite artists on TV, if they didn’t sound like they were supposed to sound, it was always so deflating. I’d lose respect for them. Or when I’d go to a concert and hear them drop keys, I was like, “You can’t hit the notes! Why’d you record them if you can’t sing them?” That stuff is important to me.

You’re resuming your Las Vegas residency, Reflection, in 2023. What appeals to you about the residency experience?
From a production standpoint, we can do something that we can’t necessarily do when we’re packing up all our gear and going from place to place. From a switching-things-up perspective, when you’re on the road, you’re in different towns, and all the people in the audience are from that general area of the world. What I love about Vegas is you’re in one place, but everybody is from everywhere. It’s a mishmash of people from all over the place. It’s cool to look out at the audience and think about that.

You sang “Sweet Child O’ Mine” and “Paradise City” with Axl Rose at last summer’s Stagecoach festival in Indio, California, and then joined the whole band in London shortly after. How did you get Axl out of hiding?
It was many years in the making. I’ve been covering Guns N’ Roses my whole life, pretty much, and definitely onstage for the past 15 years at least. I had asked before if he would ever come sing, or if I could come to him somewhere. We had a couple almost maybes, where it almost maybe would have happened but for various reasons it wasn’t the right time. But [for Stagecoach] I asked. I sent him an email and said, “We’re so close to you,” and explained the why and what he meant to me. The way I learned how to sing was I would pick really hard vocalists to try to emulate, and his voice always mesmerized me. I was like, “How is he doing the things that he’s doing?” So I told him all that…and he came! We had rehearsals and everything went very smoothly. It was easy for all of us to be around each other. Hopefully, he had a good time.

This story is part of Rolling Stone’s third annual Grammy Preview issue, released ahead of the start of first-round Grammy voting on Oct. 13th. We spoke to some of the year’s biggest artists about the albums and singles that could earn them a statue come February, made our best predictions for the nominees in the top categories, and more, providing a full guide to what to watch for in the lead-up to the 2023 awards.