Tyler Glenn had only been working at the Brooklyn nightclub Rash for about an hour when they returned from stocking beer downstairs to find the bar filled with smoke. “It’s kinda funny,” Glenn said over the phone last week, “my first thought was, ‘Wow, they really cranked up the fog machine.’” It took a few seconds to realize how difficult it was to breathe, and a split second more to notice: “Oh, there’s a huge fire in here.”

Rash, which opened its doors late last year, is the newest club in an area of Bushwick, Brooklyn, known for its queer nightlife. On Sunday, April 3, what should have been a standard Sunday night — the DJ collective Maluquera was scheduled to perform in the club’s sweaty, exhilarating back room — turned swiftly into a nightmare. In the lull before the club officially opened its doors for the night, no one noticed when a man in a hoodie and face mask entered the space. He would go on to empty a bucket of gasoline over the floor and bar, then set it ablaze.

In the aftermath, two people were rushed to the hospital. One of the night’s DJs, tucked into the back room setting up, suffered second-degree burns. The other, Glenn, was intubated for smoke inhalation. “It was so dark and so smoky I didn’t know where the door was. I was banging on the walls,” Glenn said, just days after they were released from the hospital. On the verge of blacking out, they found the side door, and in a moment of panic, ran into a neighboring bar, Birdy’s, and screamed for help. 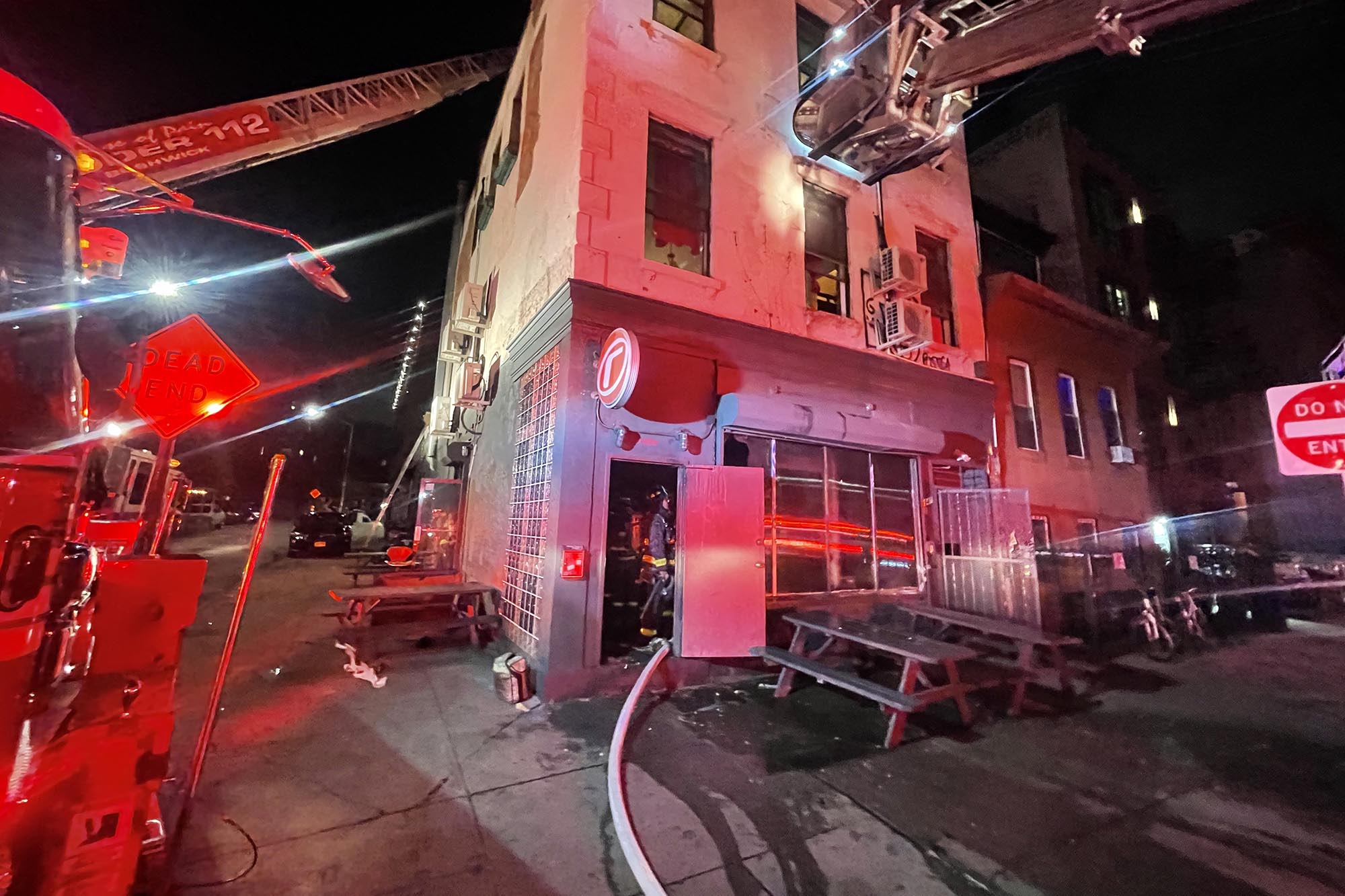 Jake Sillen, co-owner of Rash, rushed over after receiving a call, arriving at the same time as the police. “It was massive. There was smoke coming out of the building. There were 60 firefighters, it was pretty much chaos.” Speaking last Tuesday, Sillen stressed that, despite the destruction, an attack any later in the night would’ve been catastrophic. “We’re so thankful for that,” Sillen said. “It didn’t end well, but it could’ve been so much worse.”

Since last Sunday, the police haven’t been able to track down any leads. The arsonist disappeared as quickly as he came. The security cam footage released by the NYPD is dramatic, but offers no insights. Standing in the corridor connecting Rash’s front bar to the club’s rear dance space, a man described by the police as “approximately 20 to 30 years of age, 5-feet-9-inches tall, and 180 pounds” wearing a backpack, winter coat, and hoodie, calmly empties out his canister, flicks a match, and disappears as the entire frame is engulfed in flame.

For Sillen, Glenn, and many others, the attack compounds a sense of growing unease in the Brooklyn LGBTQ+ nightlife community. Last September, a 43-year-old man was stabbed inside of the popular nightclub Bossa Nova Civic Club, just a five-minute walk away from Rash. In February, according to reports on social media from attendees, a pepper-spray bomb was released on a packed dance floor at Nowadays, a sprawling club in Queens. And in August of last year, bricks were hurled through the window of C’mon Everybody, a mainstay for drag performances and pop music a few miles away in neighboring Bed-Stuy.

Eric Sosa, co-founder and owner of C’mon Everybody, came away from last Sunday’s attack feeling “sad, angry, and scared.” C’mon Everybody, like Rash, was explicitly envisioned as a safe space for the queer community. “To have someone come in and bring hatred and violence is really upsetting and unnerving.”

Other Rash employees that spoke with Rolling Stone describe an uptick in harassment on streets and trains, prompting more partygoers to travel in crowd-funded car services than in years past. “The streets at night aren’t as safe as they were three or four years ago,” Sillen noted during our call. Glenn, for their part, attributes the rise in violence to the failures of the state and federal government to adequately provide for NYC residents in the face of COVID-19. “Many people’s lives were changed for the worse. People get on the subway and vent out their frustrations on random strangers.” Those in the LGBT community, Glenn believes, tend to make easy targets.

If there’s a silver lining, it’s the swift, vocal response from the community. A GoFundMe launched to cover hospital fees, lost wages, and rebuilding efforts has, at time of writing, raised more than $85,000. Last Tuesday, New York City Mayor Eric Adams tweeted out an article with a link to the GoFundMe page, alongside a message stating “while this incident is still being investigated, make no mistake: Anyone who comes into my city looking to spread fear and hatred will pay the consequences.”

True to form, other supporters plan on helping the best way they know how: dancing their way through it. This past Saturday, Mood Ring hosted an event originally scheduled to be held at Rash, retooled to serve as a fundraiser.

Organizer Angel Prost, a DJ and member of hyper-pop duo Frost Children, knew that the show must go on as soon as she received a FaceTime from a friend outside a smoldering Rash on Sunday night, and though she initially considered moving the event online, she soon reconsidered. “Somehow moving the show online felt like shying away,” she said on Friday. “What the serve would be is to keep it in person. Be like: ‘Fuck you’ to whoever thinks they can burn this down.”