Broken Social Scene Are Back for Good - Rolling Stone
×

Earlier this spring, the ragtag group of Canadian indie-rock lifers and unapologetic idealists known as Broken Social Scene made their way from Toronto to Austin, Texas, to perform eight shows in less than one week. “We didn’t have our gear for the first few shows,” says Kevin Drew, the 17-member band’s de facto frontman. “It was a clusterfuck, and it was an absolute joy.”

It’s an apt phrase for Broken Social Scene, whose greatest gift is finding meaning in the midst of chaos. Their best songs feel like they’re about to whirl out of control before they resolve into unforgettable anthems; the musicians themselves have fallen apart and come back together too many times to count. A stubborn sense of optimism has carried them through two decades of band drama, and it also helps explain why they were at South By Southwest, a music festival better known for introducing young hopefuls than welcoming graying veterans of the road.

A few days after SXSW, Drew is at a bistro in Manhattan, enjoying a small glass of Chardonnay and an avocado toast. (“Nothing says ‘What the hell happened to me?’ [more] than a Chardonnay at lunch,” he jokes in a text before we meet.) He’s excited to talk about Let’s Try the After Vol. 1 and Vol. 2, the pair of EPs that Broken Social Scene released this year. The product of a burst of creativity that followed 2017’s excellent Hug of Thunder, both EPs are full of emotional crescendos and soothing washes of melody that remind you to be grateful that Broken Social Scene are once again a going concern.

“We are a middle-aged indie-rock band who have decided to come back,” says Drew, 42. “When you come back, it’s great, they welcome you. Then you ask, ‘Hey, do you mind if we stay over a little longer? We’ll contribute to the fridge and do the dishes, but we wanna be here.'”

He admits that he had to be talked into making Hug of Thunder, which ended a seven-year dry spell between Broken Social Scene albums. “It wasn’t something that I particularly wanted,” Drew says. “Others in the band, too. We were unsure if we really needed to come back.” It fell to bassist Brendan Canning, who had founded the band with him back in 1999, to make the case for a reunion: “Brendan didn’t feel the story was over.”

Most of the band’s core members had remained close throughout the hiatus years, hanging out and even gathering for occasional hometown shows. “We were all still intertwined in everyday life,” Drew says. As it became clear that guitarist Andrew Whiteman and drummer Justin Peroff were into Canning’s idea for a new album, Drew and the others fell in line. Soon Hug of Thunder grew into a celebration of Broken Social Scene at its most inclusive, with appearances from Metric’s Emily Haines and Jimmy Shaw, Stars’ Amy Millan and Evan Cranley, and Leslie Feist (who returned to write and sing its title ballad), among other past and present collaborators. 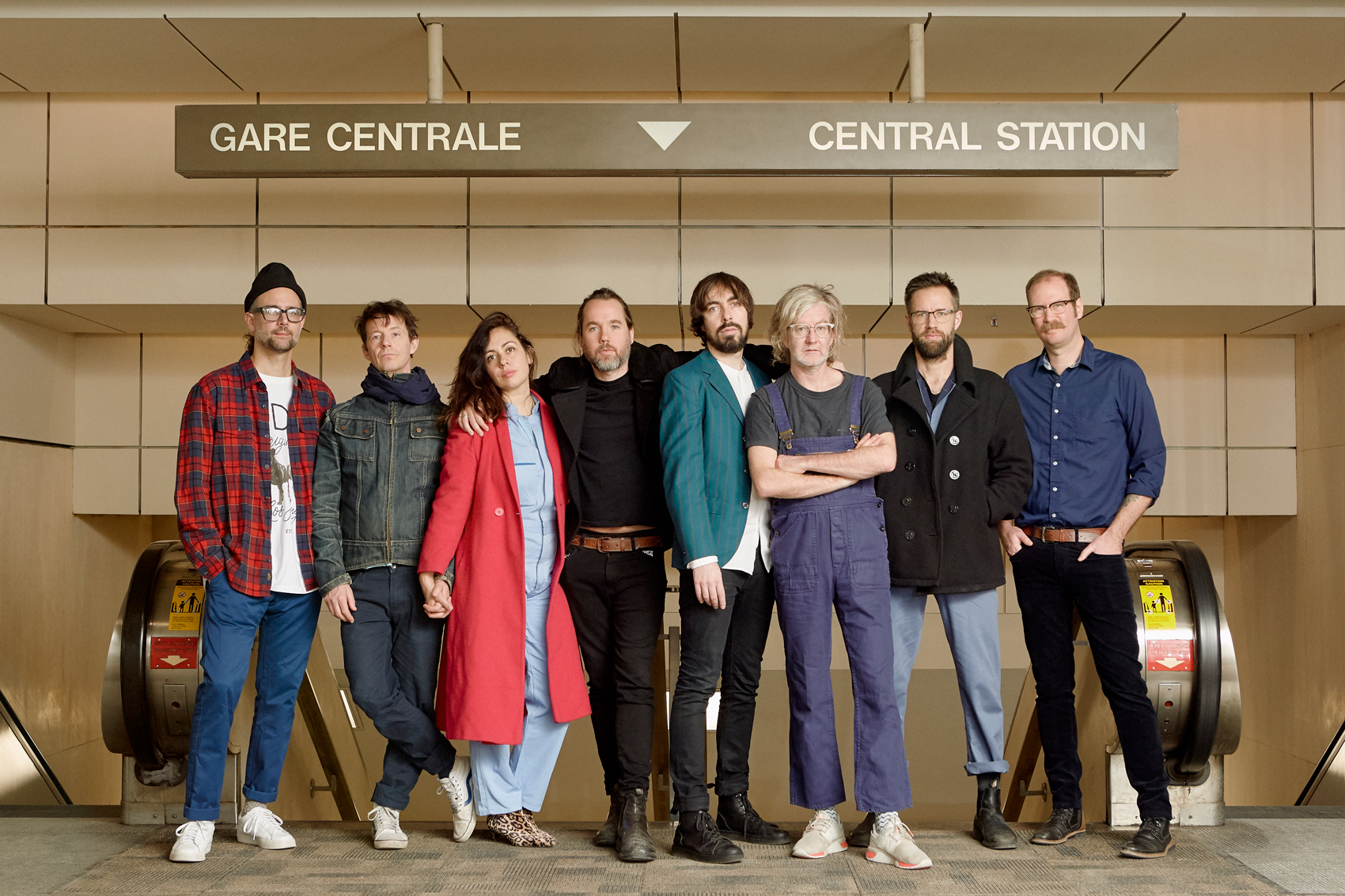 A more pared-down version of the band toured the world through 2017 and 2018, renewing the bond they’d found in the studio. “Andrew gave a speech to us recently on his birthday,” Drew says. “He was like, ‘I don’t like you, but I love you guys, and here we are.'”

For the EPs, it felt less urgent to get everyone on board. “I don’t need to make Hug of Thunder again,” Drew says. “There’s a lot of people not there — Amy’s not there, Feist’s not there, Emily’s not there. But that’s the great thing about Social Scene. Even if you’re not in the room, or you didn’t participate on it, you’re part of it.”

The highlight of Let’s Try the After Vol. 2 is “Can’t Find My Heart,” a surging rock anthem that is classic BSS. The original title, he claims, was “Can’t Find My Car,” referencing the 2000 film Dude, Where’s My Car? “It was ‘Car’ right up until the last minute,” Drew says. “[Guitarist] Charlie Spearin was like, ‘Please keep it car.’ But at the time I knew where my car was — it was downstairs in my garage. My heart, I was like, ‘I have no idea where this fuckin’ thing is anymore.’ So I thought that’s the way to go.”

He’s been thinking lately about mortality, spurred in part by his close participation in Tragically Hip frontman Gord Downie’s solo album Introduce Yerself, released days after the Canadian rock icon’s death in the fall of 2017. Broken Social Scene were on the road at the time, leaving little time for Drew to mourn the loss of his friend. “I think we as a society hear bad news and immediately want to say, ‘It’s gonna be OK,'” he says. “That’s not how grief works. Grief is a shadow that can live inside you a long time, and we need to understand that.”

While Introduce Yerself won rave reviews and several Juno Awards, Drew expresses a little disappointment that more people haven’t heard its tender, honest songs, which take the form of a series of letters to Downie’s friends, family and other figures. “I look at it as an extremely hopeful, beautiful record,” he says. “But for a lot of people it’s just too sad for them.”

I suggest that Broken Social Scene have succeeded because they offer fans a feeling of connection in a lonely world, and he seems to agree. “There’s a reason why ‘Everybody Hurts’ by R.E.M. took off. That’s what you’re always trying to tell people: ‘Hey, wherever you are right now, even if you’re in the darkest ditch that you’ve ever seen, surrounded by puddles, there’s a lot of us that are there, and more who have been there and understand that.'”

Drew pours another small glass of wine. “I’m in my forties now, and I want to enjoy what I can,” he says. “I have no idea how long I’m going to be here. I want people to be able to say, ‘He was a gentleman who you never knew what you were going to get, but he certainly had a good time before he left.'”

He tells me to check out La Force, the 2018 solo debut from Ariel Engle, who joined Broken Social Scene two years ago and shines on the Let’s Try the After EPs. This leads him to an appreciation of the many great women whose voices and songwriting have balanced out the band’s masculine energy over the years. “Amy Millan, Lisa Lobsinger, Emily Haines, Leslie Feist, Ariel Engle — we’ve been blessed,” he says. “And I don’t say ‘blessed’ like a teenager. I mean honestly blessed by them and their wanting to sing in a five-guitar rock band.” 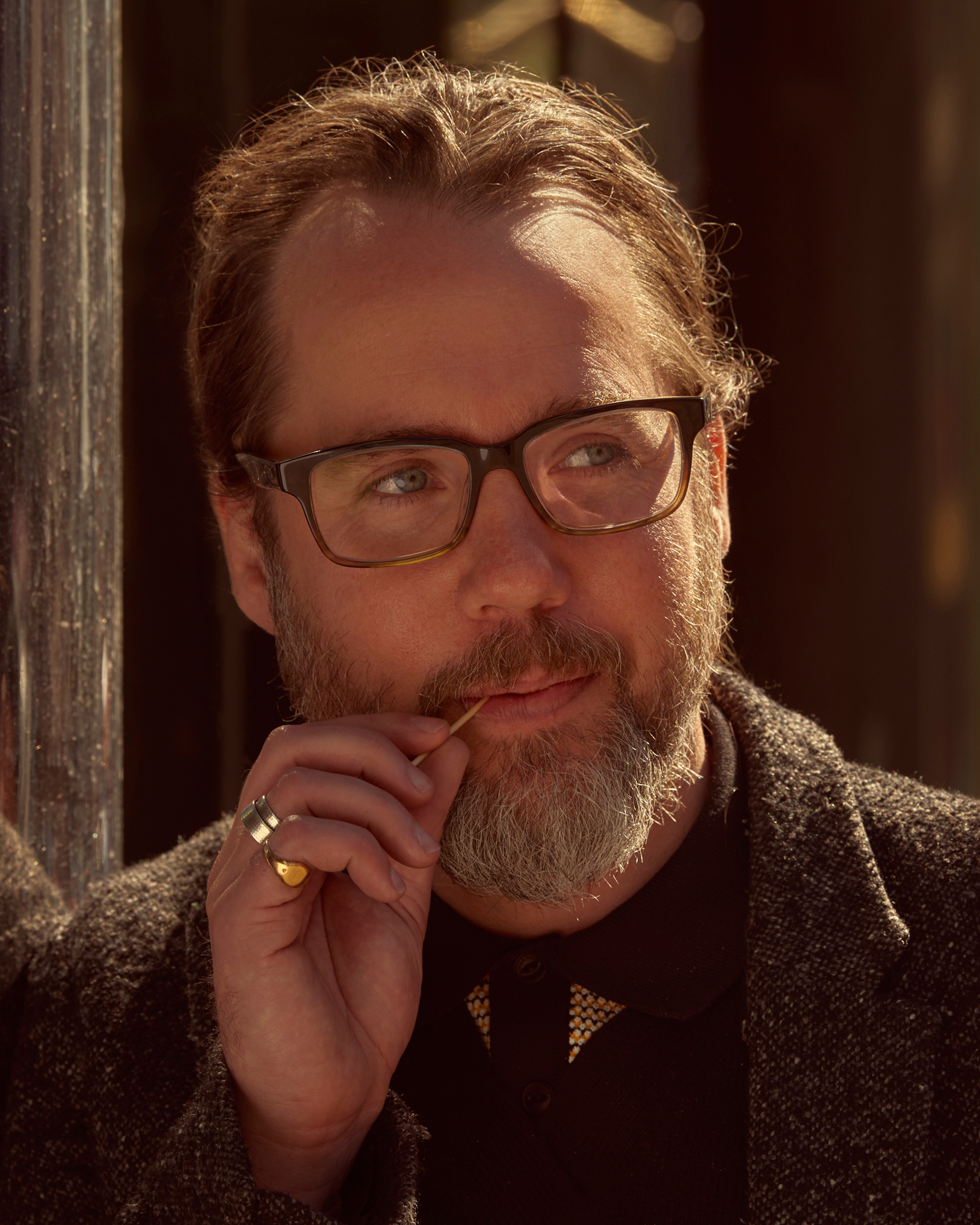 Over the next three months, Broken Social Scene will be playing theaters and clubs in Toronto, Montreal, New York, Los Angeles and Seattle before heading to Europe for a few summer festival dates. Beyond those shows, Drew sees a bright future for the band.

“There is a next album,” he says as he finishes his drink. “There’s a mission: to mellow things out a little bit, and get back to the roots of where it all started from.”