Although the Go-Go’s announced and quickly canceled a farewell trek six years ago, continuing on with touring, the group is kicking off what will be its final run tonight. This time, frontwoman Belinda Carlisle says it will stick. “We all felt like we maybe had a few years left, and we wanted to end it in a way that would celebrate the legacy of the Go-Go’s rather than just disbanding,” she tells Rolling Stone. “But all this means is that the Go-Go’s are done touring.”

The trek will last only 18 dates and will see support from Best Coast and Kaya Stewart, but the singer says the group – which also features guitarist Jane Wiedlin, guitarist Charlotte Caffey and drummer Gina Schock (bassist Kathy Valentine quit in 2012) – will continue to work together on various projects after its Los Angeles farewell gig on August 30th. The Go-Go’s hope to bring their jukebox musical Head Over Heels to Broadway in a couple of years, and they’re also participating in a documentary about the band, which remains the only all-female group that writes and plays its own songs to top the Billboard chart.

The Go-Go's: A Year of Living Dangerously

“I’m ready to move forward,” says Carlisle, who is in London. In her wide-ranging chat with Rolling Stone, she says this period in her life is the calm before the storm. She and her husband recently moved out of their home in France, where they’ve lived for the past two decades, with plans to move to Bangkok after the tour. If anything, her looming move makes her all the more ready to close one chapter of her life. “The Go-Go’s have been together for 38 years,” she says. “It has to end at some point.”

The Go-Go’s announced a farewell tour in 2010. Why did you walk that back at the time?
At that point in time, we didn’t want to see each other again. There were a lot of acrimonious feelings between a lot of people in the band at that point. But then Jane fell off a cliff and broke her knee. After that, we all started talking again and felt good about going on a few more years.

Why weren’t you getting along at the time?
We’re not co-workers; we’re one, big, happy, dysfunctional family. Sometimes the dynamics are good; sometimes they’re bad. That’s the way it’s always been and will continue to be.

This tour seems relatively short compared to other bands’ farewell treks.
I have obligations in the Far East. I can’t do anything else because of the obligations. Maybe it could have gone on longer, but this seems like the perfect tour. It covers all the bases.

How do you come up with a set list?
Well there are five songs that we always do and always will do. And then we like to throw in a cover; in the past we’ve done a lot of Ramones, Billy Idol, Blondie, the Titanic theme song, which was really good, Kiss. We all have the same taste, so the one thing we always agree on is the set list.

This time, we might do stuff from early in the band. A lot of people don’t know that the Go-Go’s came from the L.A. punk scene. These days, people think bands like us came off some show with Simon Cowell, but we come from the garage. So we might do a nod to the early days. 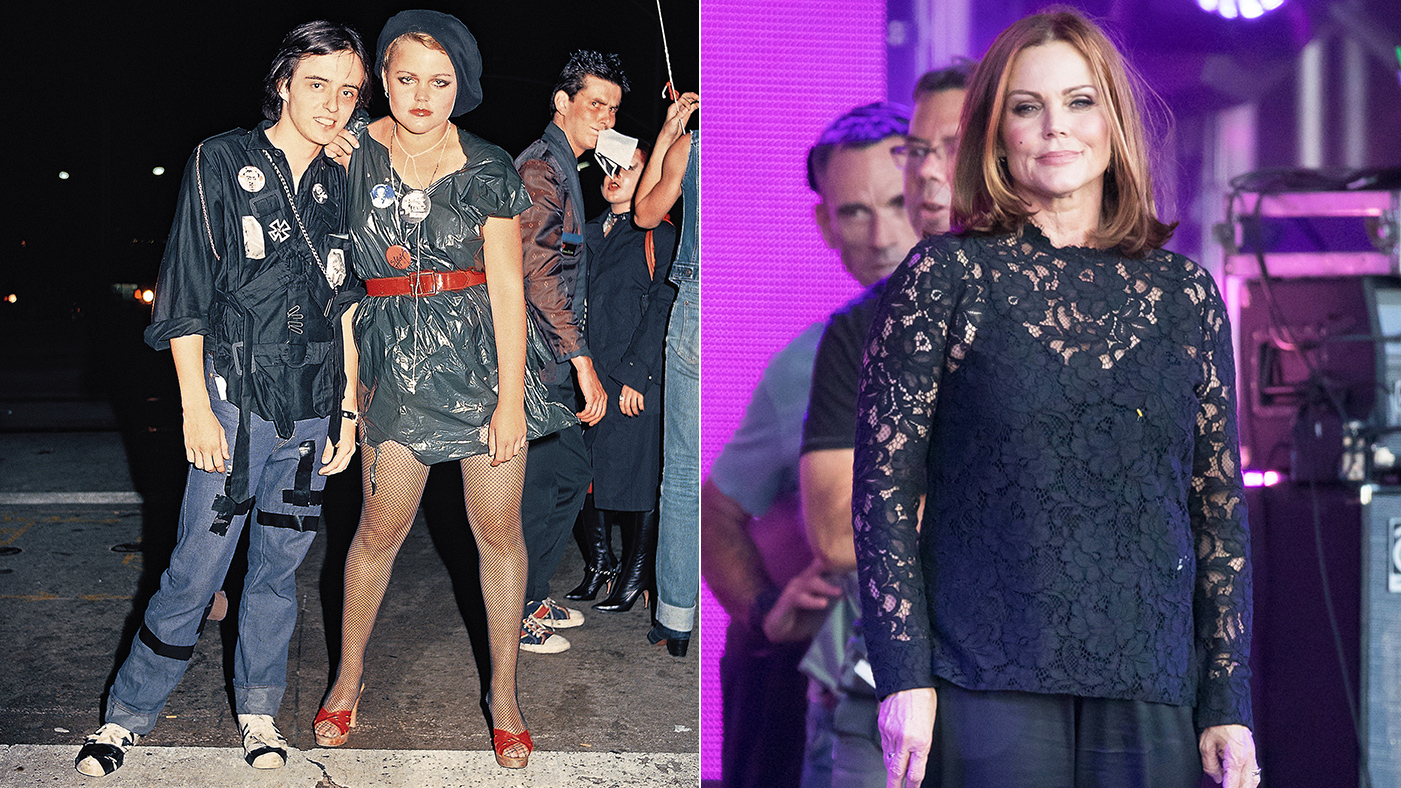 The punk stuff on your Return to the Valley of the Go-Go’s comp was really strong.
Some of those early lyrics are completely brilliant. Jane is a genius lyricist and back then with that faux anger, it’s really funny. The lyrics to “Living at the Canterbury” are amazing.

How did you get into punk?
I grew up in Southern California and always loved melodic pop music. In the late Seventies, the radio got really boring and played a lot of Doobie Brothers, Seals and Crofts, the Eagles – music that did not resonate with me as a teenager, even though I appreciate it now. Then in art class, some of the kids showed me Iggy and the Stooges, Lou Reed, the Velvet Underground, and that introduced me to a whole other type of music I didn’t know existed.

I got really into it and saw Roxy Music at the Palladium and started going to the record store every two weeks, when they’d get a shipment of NME and Melody Maker, so I was reading about the Sex Pistols and this new type of music. I hadn’t heard the music, but I loved the way the kids looked in London.

You had your own fashion statement, too, wearing a trash bag.
I was always pretty creative with clothing, and it seemed like a good idea. I couldn’t afford latex or rubber, so I just used a big trash bag. And the red belt and fishnets made it work.

You were briefly a member of the Germs, right?
I was the first drummer but we never played. I came down with mononucleosis and had to go back to my parents’ house and recuperate. But yeah, I’d met Lorna Doom before she was the bass player for the Germs. We used to go see the Babys and the Ramones the first time they came to L.A.

After I got mono, another friend of ours from art class, Donna Rhia – Becky was her real name – was the first drummer. When I got better, I was fine with her taking over the drums, because I didn’t like playing the drums. I became sort of a Germs prop person. I would hand Darby peanut butter and broken glass and salad dressing and whatever was around. When we formed the Go-Go’s, I had the choice of playing drums again or singing, and I decided to sing.

“There was a divide in the L.A. punk scene between the acid people and the opiate people.”

What are your strongest memories of Darby Crash?
The first time I heard the Sex Pistols was sitting in Darby’s bedroom with Pat and Lorna. He had the 45. He was always very funny. I never saw the charisma as much as a lot of people did – because I knew him too well, I guess – but he was considered very charismatic in almost a Manson-type way. He had a little following. I never really understood that.

The Go-Go’s first Rolling Stone feature, from 1982, describes you all trashing a dressing room in Germany and then cleaning it up. Was that a frequent occurrence?
No, not frequent, but we could get messy. We felt guilty and always cleaned up our mess. I remember we had a white van on our first nationwide tour, and we defaced the ceiling. It was covered with scrawls and writing. We called it “Van ’81.” We tried to return it and they wouldn’t take it because it was so destroyed. We didn’t feel too guilty about that, but we did a few times with our dressing rooms.

You were on tour with the Police at the time of the dressing-room massacre. What do you remember about that tour?
The highlight for me was when Beauty and the Beat went to Number One and their album dropped back to Number Six, and we were opening for them. Sting came into our dressing room with a bottle of champagne and said congratulations. They were really gracious and sweet about it. 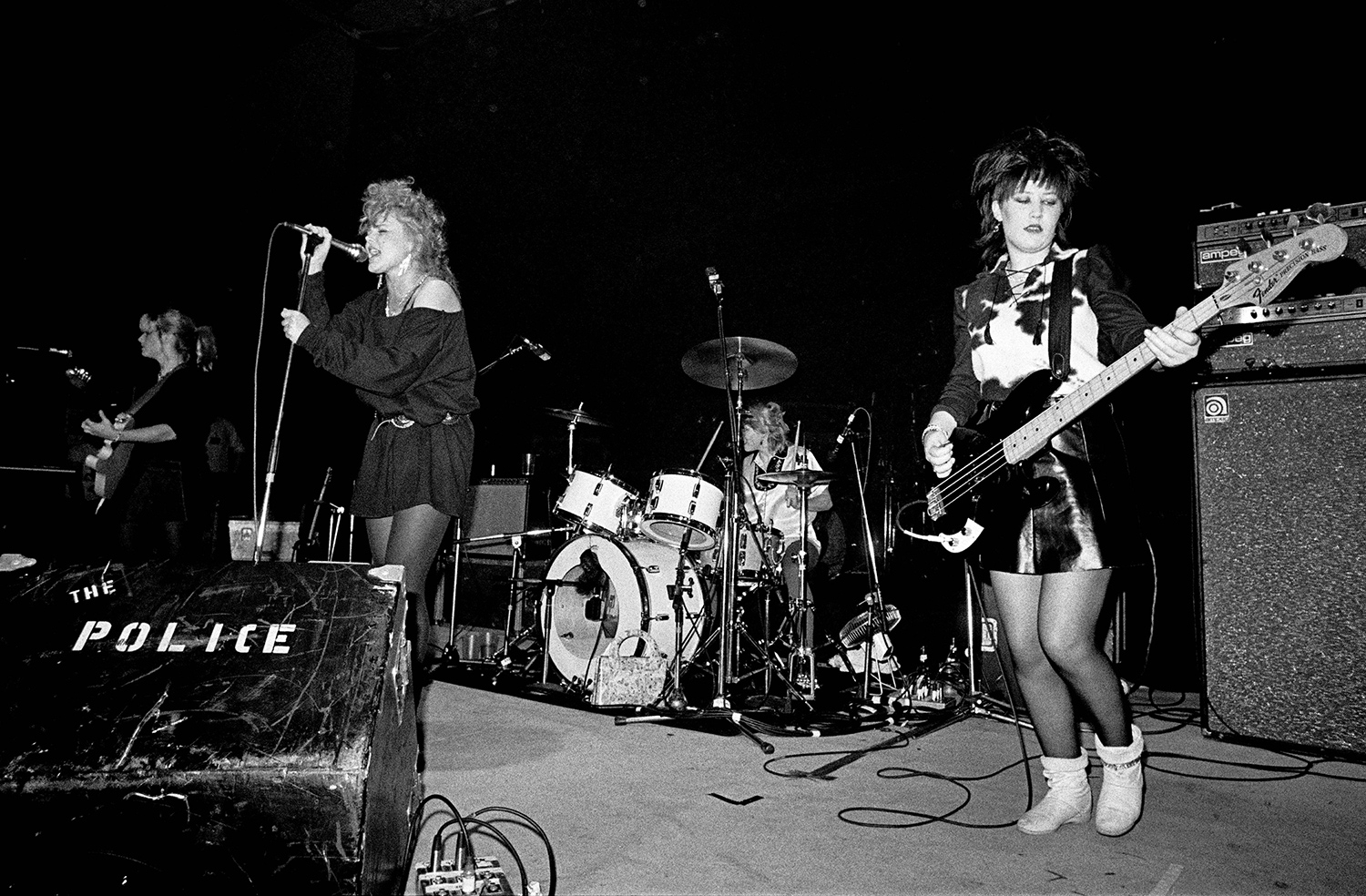 The Go-Go’s are the only all-female band that wrote and played its own songs to top the Billboard chart. What do you make of that?
I don’t understand why there aren’t more. You would think after the Go-Go’s, you would have a lot more. You had the Bangles, you had L7 and others. There should be a lot of bands like the Go-Go’s out there but there aren’t.

But at the time, we didn’t really look at things in terms of gender. We were just a band. We didn’t really consider ourselves feminist. We were feminist only in the way that we never really compromised our image. Everything we did was totally authentic, and we did it on our own terms. So in that way we were feminist, but for us the music was genderless. We were a band first and an all-female band second. But of course people like labels.

Since the Go-Go’s are coming to an end, what are your post-retirement plans?
I do a lot of solo work in Europe and the Far East, and my main passion is traveling. My husband and I have not lived in the States for over 20 years. I’m turning 60 in two years, so now I’m going to do all the things I’ve never done and wanted to do.

You said recently that you thought you’d never make another pop album.
Yeah, been there, done that. I can’t do English pop; maybe in another language. But I actually did finish an album that comes out next year, but it’s all mantra.

What do you mean?
I’ve been doing Kundalini yoga off and on for 25 years. I have a solid daily practice and in that form the mantras have instant lyrics. I chose ones that resonated with myself and put them in a pop-song format, with a verse, chorus, bridge, but it’s a repetitive mantra. If you hear the music in the next room, you’ll think it’s pop, but it’s not. When you walk in, you’ll hear Sanskrit.

For the next month, though, you’ll be singing Go-Go’s songs. Since you’re going to L.A. – where the band started and which you honored in “This Town” – to rehearse, what does that city mean to you now?
It’s totally different than it was when I was growing up there. It’s losing a lot of its authenticity. Certain pockets of it are great, but I feel like a fish out of water when I’m there. Where I live when I’m there is a neighborhood where I can walk out of my house and go to the cinema or grocery store, but you can’t really walk around L.A. without being looked at as a freak. But I like hiking there and it has the best yoga in the world – better than India. Energetically, it’s just a weird place.

And the tour ends there, where it began.
Yeah, that’s perfect. I couldn’t imagine going anywhere after that.