The Beatles‘ Sgt. Pepper’s Lonely Hearts Club Band, which Rolling Stone named as the best album of all time, turns 50 on June 1st. In honor of the anniversary, and coinciding with a new deluxe reissue of Sgt. Pepper, we present a series of in-depth pieces – one for each of the album’s tracks, excluding the brief “Sgt. Pepper’s Lonely Hearts Club Band” reprise on Side Two – that explore the background of this revolutionary and beloved record. Today’s installment tells the story of how a school drawing by a three-year-old Julian Lennon inspired “Lucy in the Sky With Diamonds.”

“I swear to God, or swear to Mao, or to anybody you like, I had no idea it spelt LSD,” John Lennon insisted to Rolling Stone in 1970 of the title of “Lucy in the Sky With Diamonds.” In interview after interview, Lennon begged listeners to accept that the Sgt. Pepper’s Lonely Hearts Club Band standout was “not an acid song.” The public, for their part, merely rolled their eyes.

Until the end of his life, Lennon maintained that the song was actually inspired by a painting that his three-year-old son Julian had made of Lucy O’Donnell, his classmate at Heath House nursery school. “This is the truth: My son came home with a drawing and showed me this strange-looking woman flying around,” he explained during an appearance on The Dick Cavett Show in 1971. “I said, ‘What is it?’ and he said, ‘It’s Lucy in the sky with diamonds,’ and I thought, ‘That’s beautiful.’ I immediately wrote a song about it. After the album had come out and the album had been published, someone noticed that the letters spelt out LSD and I had no idea about it. … But nobody believes me.” 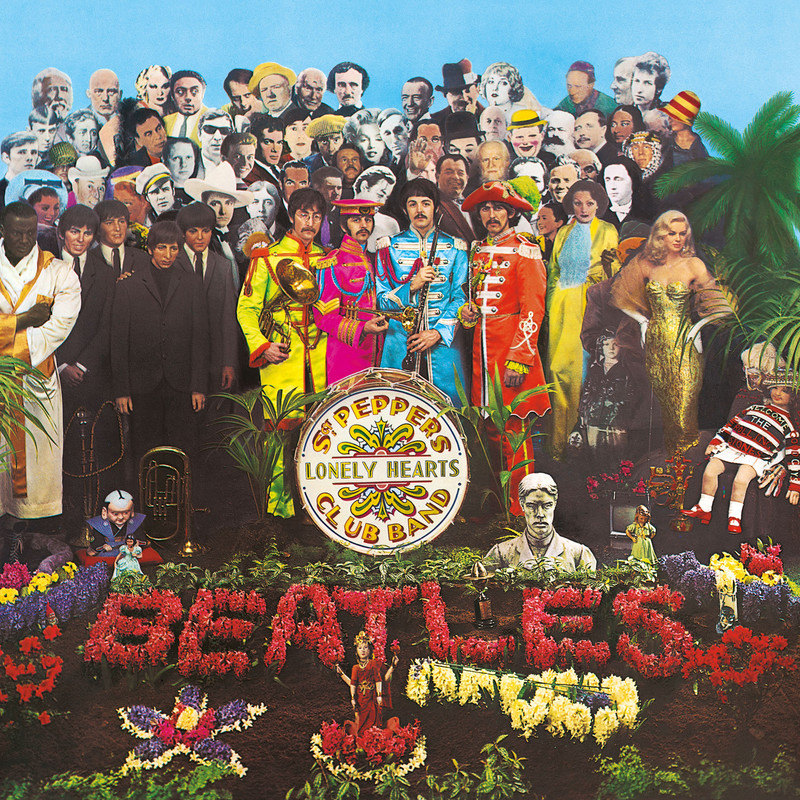 Lennon was very forthright about the role drug use played in his songwriting. He consistently attributed “She Said, She Said” and “Tomorrow Never Knows” from 1966’s Revolver to his experiences on LSD, and the 1969 Plastic Ono Band track “Cold Turkey” is an unvarnished musical self-portrait written in the midst of his own excruciating heroin withdrawal. It seems out of character that Lennon would lie about the true origins of “Lucy in the Sky with Diamonds.”

Besides, the number of witnesses is truly astounding. “I was actually with John when Julian came in with this little kid’s painting,” Ringo Starr recalled in the Beatles Anthology documentary. Lennon’s wife Cynthia also related a similar story in later years. “I remember him coming home from school with it and showing it to his dad, who was sitting down. At the time he didn’t say, ‘Oh, my God! What a great title for a song,’ but it obviously stuck.” Even Lennon’s boyhood friend Pete Shotton was present for the song’s genesis. “I happened to be there the day Julian came home from school with a pastel drawing of his classmate Lucy’s face against a backdrop of exploding, multi-colored stars,” he wrote in 1983’s The Beatles, Lennon and Me. “Unusually impressed with his son’s handiwork, John asked what the drawing was called. ‘It’s Lucy in the sky with diamonds, Daddy,’ Julian replied. ‘Fantastic,’ John said, and promptly incorporated that memorable phrase into a new song.”

The five-by-seven-inch piece of paper had a marked effect on all who saw it back in 1967. “I showed up at John’s house one day, and he said to me, ‘Look at this great drawing Julian’s just done,'” Paul McCartney recalled in a 1992 episode of The South Bank Show. “And I remember it very well. It was a kid’s drawing, and kids always have people floating around like [painter Marc] Chagall does in all his things. I think it’s something to do with kids not realizing that people have to be put on the ground.” He and Lennon began swapping surreal suggestions for lyrics, drawing on a shared love of Lewis Carroll and Kenneth Grahame’s The Wind in the Willows.

Julian himself remains bemused by the pop-cultural debate he inadvertently triggered as a little boy. “I don’t know why I called it that or why it stood out from all my other drawings but I obviously had an affection for Lucy at that age,” he says in Steve Turner’s book, A Hard Day’s Write: The Stories Behind Every Beatles Song. “I used to show dad everything I’d built or painted at school and this one sparked off the idea for a song.”

For all the fuss about what the song is or isn’t about, perhaps the least-discussed aspect is the identity of its namesake. As a child, O’Donnell lived near the Lennons’ Kenwood estate in Weybridge, Surrey. “I can remember Julian at school,” she told Turner. “I can remember him very well. I can see his face clearly. We used to sit alongside each other in proper old-fashioned desks.” O’Donnell held fond memories of Julian, telling the Daily Mail in 2009, “He was the bravest boy in school whom I recall jumping into a freezing swimming pool.”

“I made the mistake of telling a couple of friends at school that I was the Lucy in the song and they said, ‘No, it’s not you, my parents said it’s about drugs.'” –Lucy O’Donnell

Like most children, the pair shared a love for mischief. “Julian and I were a couple of little menaces from what I’ve been told,” she admitted. Apparently they were up to no good on the day Julian painted the famous picture. “I remember Julian and I both doing pictures on a double-sided easel, throwing paint at each other, much to the horror of the classroom attendant,” she said in a 2007 BBC radio documentary. “Julian had painted a picture and on that particular day his father turned up with the chauffeur to pick him up from school.”

Nearly a decade would go by before O’Donnell learned of her role in the song’s creation, by which point she had heard the popular rumor that it glorified LSD. “I don’t relate to that type of song,” she told the Associated Press in 2009. “As a teenager, I made the mistake of telling a couple of friends at school that I was the Lucy in the song and they said, ‘No, it’s not you, my parents said it’s about drugs.’ And I didn’t know what LSD was at the time, so I just kept it quiet, to myself.”

The friends lost touch once Julian left school following his parents’ split in 1968. Over the decades they saw each other just once, briefly, at one of Julian’s concerts in the mid-Eighties. They eventually reconnected in April 2009 under tragic circumstances, after Julian learned that O’Donnell (then known as Lucy Vodden) was battling an advanced case of Lupus. “Julian got in touch with me out of the blue, when he heard how ill I was, and he said he wanted to do something for me,” she told The Guardian soon after they rekindled their friendship.

“I wasn’t sure at first how to approach her,” Julian said at the time. “I wanted at least to get a note to her. Then I heard she had a great love of gardening, and I thought I’d help with something she’s passionate about, and I love gardening too. I wanted to do something to put a smile on her face.” He began sending her garden-center gift cards and texting her regularly.

Lucy O’Donnell Vodden died on September 22nd, 2009, after a five-year battle with the disease. The following month, Julian released “Lucy,” a duet with James Scott Cook, in her memory, with all proceeds going to Lupus charities.