Beatles' 'A Day in the Life': 10 Things You Didn't Know - Rolling Stone

“‘A Day in the Life’ – that was something,” John Lennon told Rolling Stone in 1968, setting up a classic bit of understatement. “I dug it. It was a good piece of work between Paul and me.” The Beatles‘ catalog brims with legendary tracks, but the epic Sgt. Pepper’s Lonely Hearts Club Band finale has long towered above the rest, a fact made official in 2011 when Rolling Stone named it as the group’s single finest song. Studio recordings for “A Day in the Life” commenced 50 years ago, on January 19th, 1967. Here we look at 10 things you might not have known about the Fab Four’s most glorious achievement.

1. The death of a friend of the band inspired the pivotal line about the man who “blew his mind out in a car.”
A core inspiration for the song – specifically John Lennon’s opening sequence, about a man who “blew his mind out in a car” – pertained to the death of Tara Browne, who had died in a car accident on December 18th, 1966. The 21-year-old Browne was the heir to the Guinness fortune and a friend of the Beatles’. The January 17th edition of The Daily Mail – which is to say, the edition two days before recording sessions started for “A Day in the Life” – featured an article about Browne’s two children and the custody case pertaining to them. Lennon, who regularly turned to the papers for inspiration, worked this habit for the song’s famous opening line, “I read the news today, oh, boy,” combining English tragedy with a Buddy Holly verbal tic. “Tara didn’t blow his mind out,” Lennon said, “but it was in my mind when I was writing that verse. The details of the accident of the song – not noticing traffic lights and a crowd forming at the scene – were similarly part of the fiction.” The idea of spectating is crucial to “A Day in the Life,” and it is this opening vignette that establishes the theme of peering into new worlds. (Browne also helped Paul McCartney have his first LSD experience.)

2. “A Day in the Life” was the first song recorded for what was intended as a concept album about childhood in Liverpool.
Following the sessions for “Strawberry Fields Forever” and “Penny Lane” – which found Lennon and McCartney, respectively, looking back to their Liverpool childhoods – the band gave some thought to doing an album that fleshed out those themes of growing up in what had become England’s most famous port city. The Beatles were in a childhood frame of mind. This fact, in part, accounts for McCartney’s middle section of “A Day in the Life,” about waking up, being late and riding a bus. (George Harrison had auditioned for Lennon and McCartney by playing “Raunchy” on a bus, and as McCartney mentioned on a BBC session in support of Beatles for Sale in 1964, “I like riding on a bus.”) By the first recording session for the song, then titled “In the Life Of,” the childhood concept album had been ditched in favor of something more grown-up. “We really hated that fucking four little mop-top approach,” McCartney said. “We were not boys, we were men.” Still, like much of Sgt. Pepper, the song retains a certain childlike wonder. 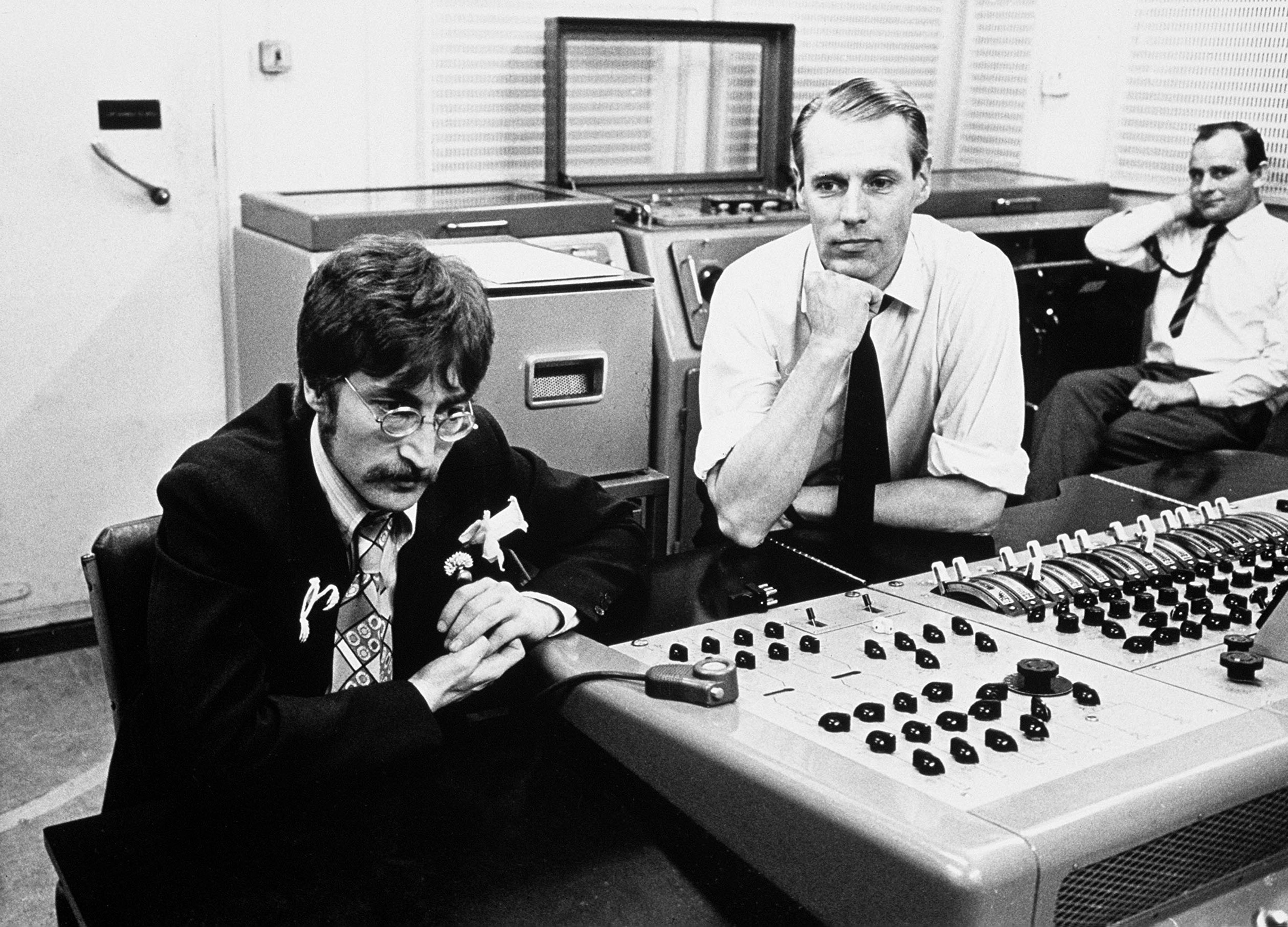 3. Roadie Mal Evans “played” the alarm clock heard on the song.
“When we took it to the studio I suggested ‘Let’s put aside 24 bars and just have Mal count them,'” McCartney remembered. When the recording for the song began, the Beatles did not know that they would fill those bars with the song’s dramatic orchestral crescendos, just that they’d have to fill them with something. “It was just a period of time, an arbitrary length of bars, which was very Cage thinking,” McCartney continued. But not so arbitrary – the song is a “A Day in the Life,” after all, and there are 24 bars – same amount of hours in a day. “We got Mal Evans to count each bar,” George Martin said, “and on the record you can still hear his voice as he stood by the piano counting: ‘One-two-three-four…’ For a joke, Mal set an alarm clock to go off at the end of 24 bars, and you can hear that too. We left it on because we couldn’t get it off!” The joke of an alarm clock became a brilliant use of aleatoric sound, triggering McCartney’s “woke up, got out of bed” section perfectly.

4. The song’s third verse features a nod to John Lennon’s side gig as an actor.
Having acted in Richard Lester’s How I Won the War in September of the previous year – he started writing “Strawberry Fields Forever” while on location – Lennon penned the lines, “I saw a film today, oh, boy/The English army had just won the war.” Vital Beatles assistant Neil Aspinall accompanied Lennon to Spain, so that the Beatle would have someone to talk to when not filming. It was while working on the film that Lennon came by the famous granny glasses that would prove so central to Sgt. Pepper–era iconography.

5. The Daily Mail and a friend of Lennon’s helped the band come up with a famous line.
It makes pleasing sense now, but at the time, the Beatles probably weren’t aware just how much a song about day-in, day-out existence dovetailed so seamlessly with their use of the daily newspaper. A January 7th report in The Daily Mail talked about potholes in Blackburn, Lancashire that needed to be filled. “We looked through the newspaper and both wrote the verse ‘how many holes in Blackburn, Lancashire,'” McCartney said. “I liked the way he said, ‘Lan-ca-sheer,’ which is the way you’d pronounce it up north.” According to Lennon, “There was still one word in that verse when we came to record. I knew the line had to go: ‘Now they know how many holes it takes to – something – the Albert Hall.’ It was nonsense verse, really, but for some reason I couldn’t think of the verb. What did the holes do to the Albert Hall? It was Terry [Doran; Lennon’s friend and later the managing director of Apple] who said ‘fill’ the Albert Hall. And that was it.”

6. The first take of the song featured one of Lennon’s characteristically offbeat count-ins.
John Lennon was always game for some surreal studio banter. His count-in for 1965 B side “Yes It Is” went “One, two, three, bread!” In the case of “A Day in the Life,” he went with the Tchaikovsky nod “sugar plum fairy, sugar plum fairy,” as can be heard on the portion of the first take featured on the first Anthology album. There is a Lewis Carroll–like mystery to the words, which served Lennon’s purposes well: If ever a confection could be used to count in a song and set a mood for a band, this would be that one time.

7. The BBC banned “A Day in the Life” because of its central line: “I’d love to turn you on.”
“This was the time of Tim Leary’s ‘Turn on, tune in, drop out,'” McCartney recalled, “and we wrote ‘I’d love to turn you on.’ John and I gave each other a knowing look: ‘Uh-huh, it’s a drug song. You know that, don’t you?’ Yes, but at the same time, our stuff is always very ambiguous and ‘turn you on’ can be sexual so … c’mon!” The BBC didn’t appreciate the wordplay. “We have listened to this song over and over again,” a spokesman said in 1967. “And we have decided that it appears to go just a little too far, and could encourage a permissive attitude to drug-taking.” Lennon was predictably salty, post-banning: “I’d like to meet the man who banned this song of ours. I’d like to turn him on to what’s happening. Why don’t they charge the Electricity Board with spreading drugs because to get electricity you have to ‘switch on’? Everything depends on the way you read a thing.”

8. The group didn’t have an easy time conveying their ideas to the orchestra that played on the song.
After coming up with the “I’d love to turn you on” line, McCartney recounted that “As John and I looked at each other, a little flash went between our eyes, like ‘I’d love to turn you on,’ a recognition of what we were doing, so I thought, OK, we’ve got to have something amazing that will illustrate that.” McCartney’s first thought was for a 90-piece orchestra, but this became a 40-piece unit that recorded their part – a glissando to sound like the end of a Wagnerian world – on February 10th. The classical musicians were given costume pieces – and plastic nipples – to don, thus lightening the mood, as Brian Jones, Keith Richards, Donovan, Mick Jagger, Marianne Faithful and others cavorted at the session. George Martin had some problems with the assembled musicians. “A well-schooled orchestra plays, ideally, like one man, following the leader,” he said. “I emphasized that this was exactly what they must not do.” Martin and McCartney wanted each musician to begin as quietly as possible and end at what was tantamount to a musical orgasm – while not listening at all to the players sitting next to them. “The orchestra, of course, thought it was all a stupid giggle and a waste of money.” 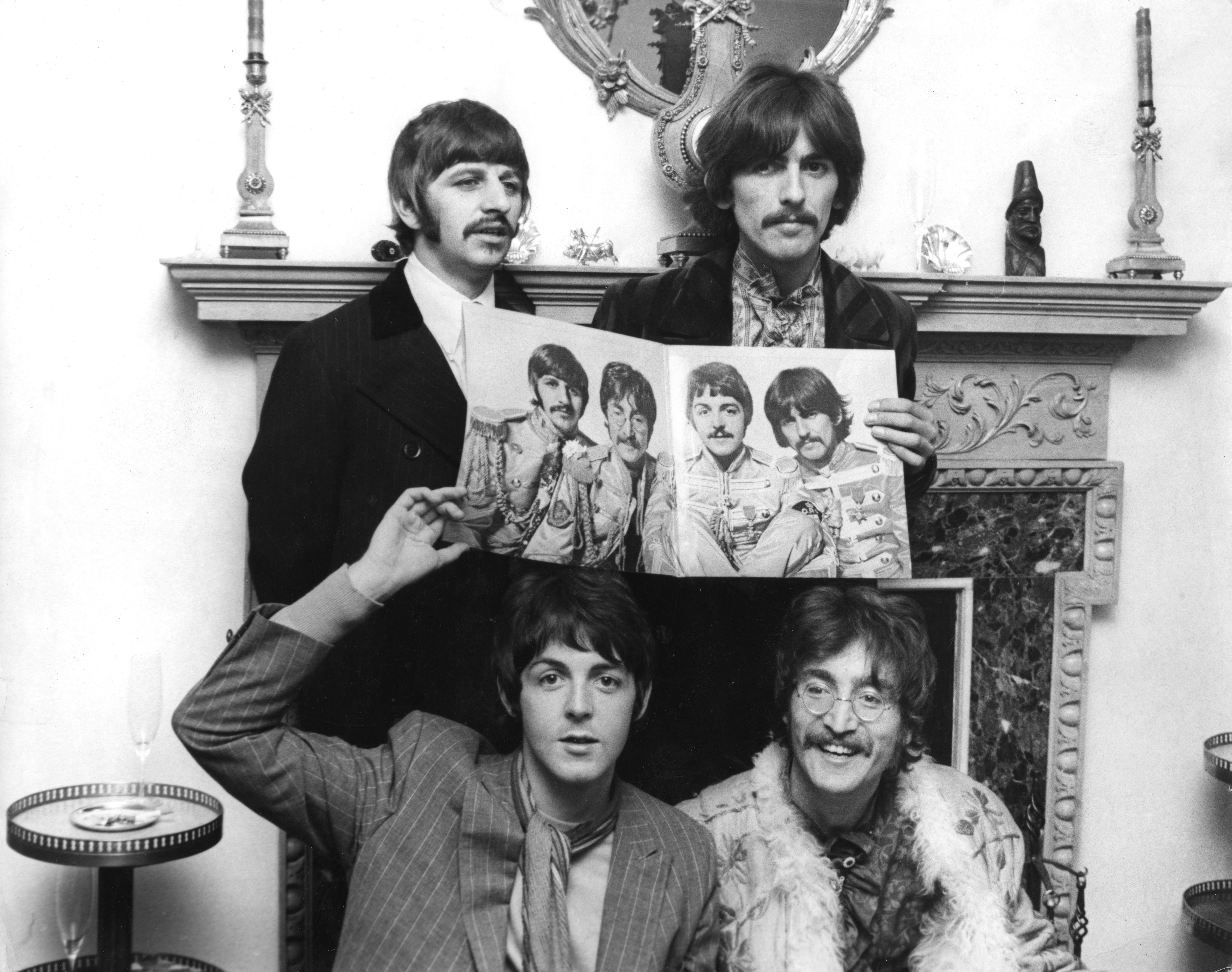 9. The band recorded the song almost exclusively at night.
“A Day in the Life” was the song that established the Beatles as the nocturnal denizens of Abbey Road. Despite studio time being expensive, the Beatles, after their matchless run to date, could pretty much pick when they wanted to work. And how long they’d take in working. Assembling in Studio 2 at 7:30 p.m. on January 19th, they toiled until 2:30 in the morning. Similarly, the next day’s session went into the wee hours, setting up a trend that would continue throughout the recording of the album. Lennon rarely awoke before noon, so the Abbey Road staff was forced to adjust. In all, 34 Beatle hours went into “A Day in the Life,” compared with the 585 minutes required for the whole of Please Please Me. One tricky bit was Lennon’s vocals, which required a number of attempts, in part because, according to engineer Geoff Emerick, “John was hearing that echo in his cans as he was singing. It wasn’t put on after. He used his own echo as a rhythmic feel.”

10. The song’s final chord took three men to play.
The Beatles were masters at the iconic chord – consider the opening of “A Hard Day’s Night” – but there may be none to match the final chord of “A Day in the Life.” It was achieved at a special overdub session on February 22nd, at which Mal Evans made his second recorded contribution to the Beatles canon, as he, John and Ringo Starr sat at three pianos, simultaneously striking E major. This took nine takes to get right, because the players had a hard time hitting the note at the exact same moment. The last take was dubbed best, and then overdubbed thrice, so the effect is that of nine pianos played by 12 men. Engineer Geoff Emerick kept lifting the volume faders, and it is possible to hear the studio’s heating system on the finished recording. Aptly, considering the track’s now-mythic status, the sound simply goes on, and on, and on, with seemingly endless sustain.