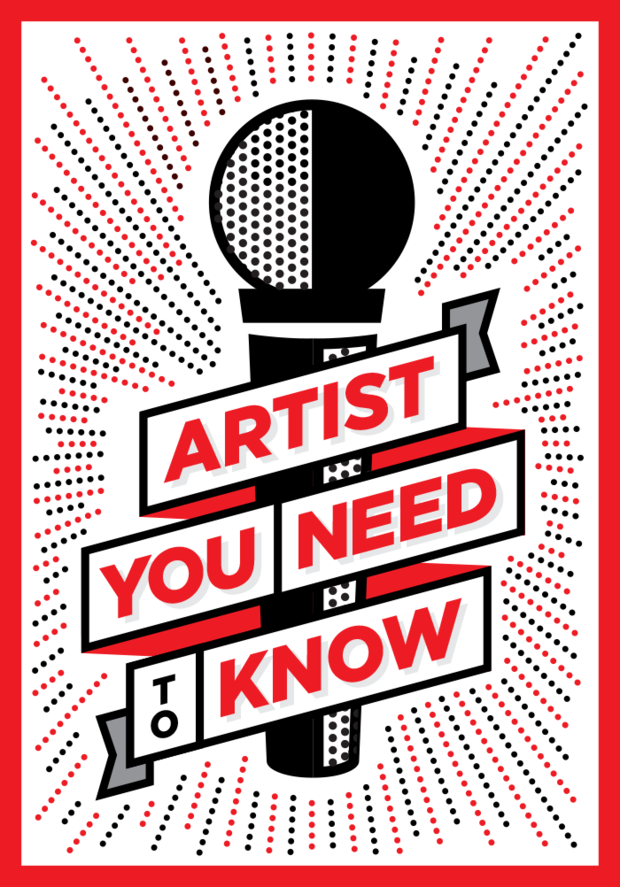 Bazzi’s breakout hit “Mine” – currently in its 17th week on the Billboard Hot 100 – started as a phone note labeled “melody fire as fuck.”

Sitting in an upstairs booth at a Times Square sushi establishment, Bazzi (first name Andrew) fiddles with an app, first to record a bit of the Latin-fusion song playing faintly over the restaurant’s speakers, then to show the exact moment he began to piece together “Mine.”

“A lot of fucking voice notes,” he says. It takes a few graceful thumb grazes to reach July 5th, 2017. The file contains a few seconds of him whistling the opening notes of the song. He plays another voice note, this time it’s the beat that kicks in soon after he starts singing. The final one is him singing the lyric, “I’m so fucking happy you’re alive” in his staccato delivery that makes the trap inflection seem delicate.

“The more I continue seeing the vision in my head,” he explains while putting his phone away, “the more the whole song unfolds.”

Bazzi had been Vine personality whose 2015 song “Bring Me Home” was the very first Vine “featured track” during the service’s flirtation with music discovery. He self-released “Mine” late in 2017 and it took off once the internet took Bazzi slurring the words “You so … fuckin’ … happy … when you … smile” to soundtrack comedic videos made with the heart-emoji-filled SnapChat “Be Mine” filter.

The Michigan native had recognized a desire for stardom as early as kindergarten when his teacher asked her students to get up in front of the class and freestyle a song.

“I wasn’t trying to [be funny], but I said something about my friend and the whole class started cracking up,” he recalls. “I’ll never forget. I sat back in my seat and I felt all cool and shit.” 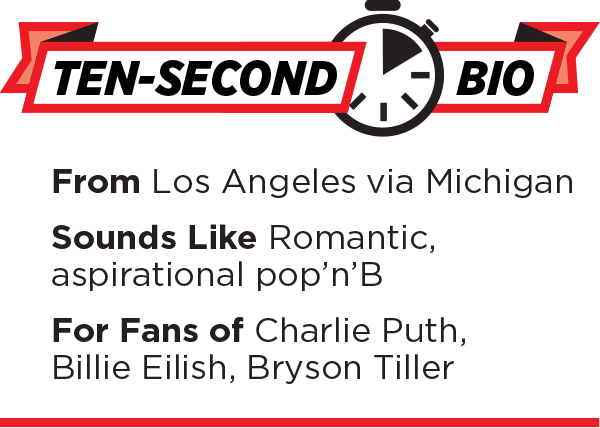 From that moment on, he was hooked on the dream of being an entertainer. “I was so obnoxious,” he laughs. “I was the biggest class clown. I loved attention.” Being a teen with a desire for an audience made him feel “fearless.” He would freestyle for any willing classmate or teacher, and he found that people responded well to his confidence.

The Michigan towns of Dearborn and Canton, where he spent the first 16 years of his life, were quiet and simple, so he found ways to be creative. He learned to play the oud and the guitar and began writing his own music. Typical of the pathways to stardom of many of his peers, Bazzi began posting covers of songs on his YouTube channel before gaining a Vine following. But he was still hungry for more and determined to do what it took to get where he is now. During his freshman year of high school, Bazzi and his father began saving up for a move to Los Angeles.

“I was putting it out in the air and being like, ‘I’m gonna finish my senior year in California,'” he says. A couple years after he relocated, Bazzi experienced what he calls a “philosophic realization” that changed everything.

“My life, the sound of my music, how I acted, how I walked, how I talked – everything switched.”

Bazzi began to look more inward and appreciate what he already had. He cites his curly hair as an example. “Growing up, I wanted straight hair so bad, like Justin Bieber,” he explains. “I would relax [my hair] and do all these things but it was never right until I realized, ‘You have beautiful curls. That’s just what you were given.'”

He maintained that outlook when culling his experiences from the last three years to write and record his debut, Cosmic, a collection of songs that continue the pop-R&B sound of “Mine.”

“It wasn’t an album to me at first,” Bazzi says. “It’s funny because I saw a quote from Prince three weeks ago – I’ve seen so much of myself in him – where he said, ‘When I wanted to hear new music, I made it.’ And that’s exactly how I approach music. I was just making my favorite songs.”

With his album out, a prime spot on Camila Cabello’s debut headlining tour under his belt and a sold-out summer trek of his own on the horizon, Bazzi is inspired to aim higher than ever before.

“These next few years, I’m genuinely trying to revitalize and revolutionize pop music because it’s dying,” he claims. “No one wants the picture-perfect song anymore. I’m trying to keep the beautiful qualities of pop – nostalgia, melodies and the feeling that a beautiful pop song can give you – but make it real. It’s not polished.”

If Bazzi speaks assuredly it’s because he knows that what he’s doing now is exactly what he has always been meant to do. And he is certainly not afraid to let the world know.

“I used to say, ‘I’m a fucking superstar’ when I was a weird kid who wanted to be like Justin Bieber,” he says, as cool and confident as ever. “I was posting covers, and in my mind I was a star. It wasn’t conceited. I really believed that I was capable. So when it came, it was like, ‘You were right.'”