“It’s uncharted territory as to how to present an electronic musician on late night television,” says Mason Klein, manager of Hot 100-topping producer Harry “Baauer” Rodrigues. It’s less than 24 hours before Baauer makes his network TV debut on The Late Show with Stephen Colbert and they’re holed up in a studio a few blocks away from the Ed Sullivan Theater.

In a room filled with guitars, vintage amps and a drum kit, only the computer emits a sound during rehearsals. Baauer and various others mill about trying to get the performance just right for “Day Ones,” the lurching first single off of his debut album, Aa. During a break, Baauer, wearing a backward purple ball cap and unadorned white sweatshirt, toys with a few chords on a nearby piano. After a few seconds, he looks at possible merch ideas on one computer, then walks to another open laptop to trigger a string sample that gets looped and layered until it’s a snowstorm of sound. Klein gushes about the visuals to come: more than 20 dancers marching in Revolutionary War attire waving giant white flags, fierce Brooklyn MC Leikeli47 front and center draped in her trademark black ski mask. But where will Baauer be?

“I looked at past electronic performances on late shows and a lot of stuff looked weird if you act like you’re performing,” Baauer said. “It’s nonsense to act like you’re performing on an instrument when it’s all just on the computer.” He plans to be as out of sight as possible. By the time “Day Ones” airs on Colbert, the dance platoon is pared down to a squad. For most of the performance, the camera is trained on MC Leikeli47, with Baauer just barely glimpsed in the background, seated in a plush chair next to Colbert’s desk, laptop perched on his knees. After all the attention in the past few years for the Contagion-level meme of “Harlem Shake,” it’s a welcome relief for Rodrigues to be out of sight.

A few days later, Rodrigues, who has lived in Bushwick, Brooklyn for the past three years, is digging for records at Superior Elevation, a cratedigger spot a few blocks from his house. He randomly pulls records: a hot soca compilation, a Bernard Herrmann soundtrack, American gospel family the Clark Sisters, a corny looking zither record that makes him break into a toothy grin. “I’m always trying to find little gems in there to cut up and sample,” he says.

Born in Philadelphia, Rodrigues grew up between London and Connecticut, weaned primarily on his dad’s record collection, which included Steely Dan, Paul Simon and jazz. “I was always in school band, but I did a different instrument every year,” he says. “I could never commit and get good at one. I did saxophone in jazz band, then cello, then clarinet. I did the beginner’s version of everything.” It was only when a classmate passed him a copy of music-making software Reason at the age of 13 that Rodrigues began to dabble in beats, though he labels his early efforts as “pretty bad trance.”

Rodrigues moved to New York City in 2007 to study audio engineering at City College of New York in Harlem. And it was when he began dabbling with hip-hop beats and a whinnying synth sound that he stumbled upon what would become “Harlem Shake,” sprinkling it with vocal samples from reggaeton musician Héctor Delgado and forgotten Philly frat-rap outfit Plastic Little.

“It was a happy accident and it didn’t take long to make the track,” said Baauer of the mash-up that beget “Harlem Shake.” Excited by how it came out, Baauer began passing it around to anyone who would listen. It wound up on playlists from U.K. DJs he admired, namely Rustie and Jackmaster, and in rotation at pirate radio-turned-community-station, Rinse FM: “I was excited about it, but I didn’t think of it as crazy for any reason.”

About six months after giving it out as a free download, a communications major in New York City — who goes by the handle of Filthy Frank — uploaded a goofy half-minute video powered by “Harlem Shake”‘s build and precipitous drop. Frank and three friends don costumes (Power Ranger, alien, Pepto pink guy, Asian woman) and air hump until the break, wherein they frenetically wiggle about like freshly expulsed spermatozoa. It began to spread, reaching to the likes of Jimmy Fallon and T-Pain, replicating itself until it became a worldwide phenomenon. 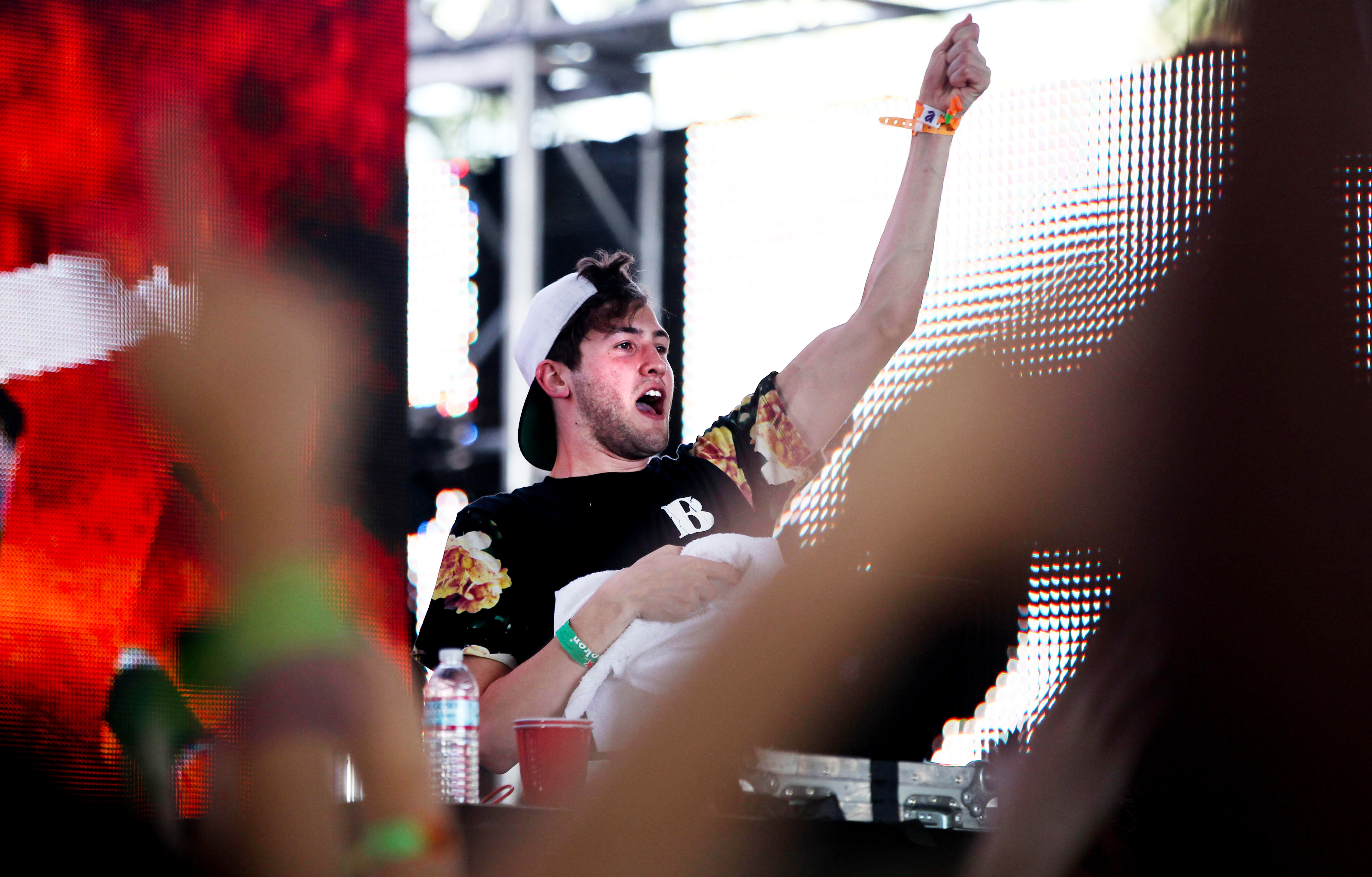 At its viral video peak, Billboard estimated that there were over 4,000 uploads of “Harlem Shake” videos every day. And in a paradigm shift, it altered how Billboard itself gauged a song’s popularity by calculating in YouTube plays. This meant that the week ending February 22, 2013, for the first time in chart history, a previously unknown artist — in this case then-23-year-old Baauer — woke up one morning to find himself at the top of the Billboard charts for a song he could barely give away the year before. “It became corny and annoying as fuck, and my name was attached to that,” Baauer said.

“Fast” and “inescapable” are the words he returns to in describing the stratospheric shot of “Harlem Shake,” but rather than entrap him to replicate it for the rest of his life, it afforded him freedom. “The opportunities it presented were priceless, but actual revenue, I don’t even know,” he said. Sample issues were ultimately cleared up, but Rodrigues said the ubiquity of the track gave him a cache he couldn’t buy otherwise. Like when M.I.A. reached out early on in the “Harlem Shake” maelstrom with a cryptic one-line email about working together.

“I sent her something via email, but nothing happened,” Rodrigues said. But when he headed overseas — in part to escape the notoriety of “Harlem Shake,” he wound up connecting with her in London. They collaborated on “Temple,” a spare yet snapping koto-laced track. “The energy is different being in the same room,” he said. “I showed her a bunch of tracks, and we worked it out.”

Rather than replicate the success of “Harlem Shake,” when it came time to pull together his debut album, Baauer scrutinized his tracks and made certain that none of them would ever be equivocated with it. “It made me want to fuck with things more,” he said. He’s proud of Aa if only because “of the spectrum of weird shit that’s on there.” Aa continually turns away from easy pay-offs and avoids being reduced to 30-second soundbites, worming into strange effects and samples while touching on almost any trending genre in 2016, from grime to trap to the pan-pipe powered “Kung Fu,” which features both Pusha T and Future. The chugging “Pinku” is built from a slinky guitar lick pulled off an album of obscure Dutch breaks while “Way From Me” suggests that Baauer unearthed a gentler side to trap music. But the gnashing “GoGo” will still slay in a festival setting and “Day Ones” might be even more raucous on the album, with MC Leikeli47’s verse paired with upstart grime MC Novelist.

Looking back now, Rodrigues is both glad that “Harlem Shake” took over the world and is dead-set on never having it happen to him again. “I look at Kanye, who lives in that 24/7, and I can’t imagine what kind of a person you must be to deal with that,” Baauer said. “Just getting the smallest little touch of that experience was too much for me.”

The crooked grin returns and he shakes his head: “I totally see what Kurt Cobain must have felt like when it happened to him.”