Ava Max cuts all her own hair, even her wigs. Three years ago, using a pair of shears and heated tools, she created the much-discussed hairstyle she has now — parting her blonde hair down the center, with one side creating an angular, chin-length bob and the other falling in long, beach-y waves.

“[My haircut] is about being what you want to be and who you want to be and just embracing that,” says the 25-year-old singer, who’s best known (aside from the hair) for her 2018 single “Sweet but Psycho,” which has been viewed more than 312 million times on YouTube and hit Number One in the U.K., Sweden, Finland and Norway. “It’s important to do something outside the box, and maybe that’ll inspire people do also do something outside the box.”

Max is calling from Los Angeles while she packs for a promo tour in Asia. At the time of her fateful haircut, she’d been in L.A. for three years without much success. “It was very tough to get people to believe in my project,” she says, recalling the many times she had to leave sessions in frustration or discomfort. “Everyone had their own ideas, and they wanted to mold me into something I wasn’t.”

One night, she was out with some friends and ended up at a birthday party for Cirkut, a record producer who’s helped make hits with Katy Perry (“Roar”), Rihanna (“Where Have You Been”), Miley Cyrus (“Wrecking Ball”) and more. Since Max was the singer in the group, as she tells it, she ended up serenading the producer with “Happy Birthday.” Within a few months, a fruitful creative partnership was born. 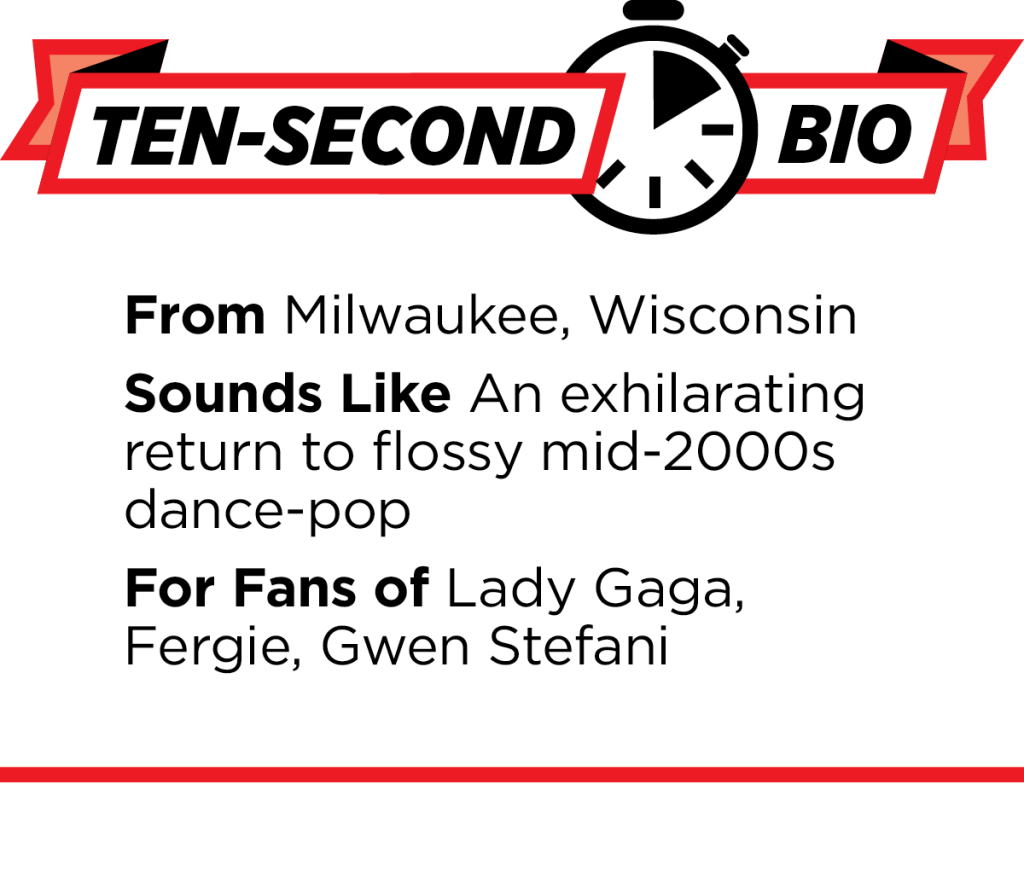 “I ended up in the sound that I’ve always wanted to be in,” she says. “I never had the right opportunity to get there until I met Cirkut, until he let me express myself and be free.”

After some time writing and recording together, Max felt ready to upload the song “Anyone But You,” a soulful, catchy kiss-off, to SoundCloud. A month later, her e-mail inbox was “exploding” with requests from labels who wanted to meet with her. In 2017, she signed with Atlantic and went on to record hundreds of songs over the next year and a half in search of a debut single. The one that stood out was “Sweet But Psycho” — a song that sounds like all the best elements of early Lady Gaga, Katy Perry and solo Fergie combined into a pop monster.

“There were so many different versions of the song for a year,” Max says, specifically remembering the Fifties-style drums of one incarnation. “When we picked it finally, we knew instantly that this was the version we were meant to go with.”

Born Amanda Ava Koci, Max has had her heart set on pop stardom since she was a kid. Her parents, both Albanian immigrants, were musically inclined — her mom sang opera, her dad played piano around the house — as was the rest of her family, including a grandfather who worked as a comedian and theater actor in Albania and two grandmothers who wrote songs.

“They had journals of so many songs written in Albanian,” says Max, who can speak but not read the language. “I couldn’t stay away from music.”

The Koci family first emigrated to Wisconsin, where Max was born, but moved to Virginia when she was two years old. Her parents were encouraging of her musical talent, taking her to Radio Disney singing competitions at the local malls when she was around nine. She was obsessed with R&B and would perform songs by Alicia Keys, Norah Jones, Mariah Carey and Whitney Houston. However, Max says her dedication to a career in pop made it difficult for her to connect with her peers.

“School was not a good experience,” she says. She had one best friend growing up, but spent more time thinking about the dream she would rather be chasing. “I would get bullied. It was really hard for me to get along with people who didn’t have the same goals, so I just wanted to get to California.”

When she was 14, her parents uprooted the family at her request for a move to Los Angeles. The experience wasn’t exactly what they expected; producers and songwriters weren’t often willing to give the teenager a chance, and even when she did make it into the studio, she says she faced shady business dealings, including some difficulty getting her demos back.

“[Industry people] don’t like it when family members are around, because then they can’t control an artist who is 14,” she says. “You don’t know who you are when you’re 14.”

Before long the family moved back east to South Carolina. Max began focusing on her songwriting, which she had begun exploring in L.A. She would observe relationships around her, specifically those of her older brother, and write songs based on that. At 17, she moved back to Los Angeles, and while the hurdles remained, this time she felt more confident.

Since “Sweet But Psycho” took off, Max has released the misfit anthem “So Am I,” which has broken the Top 10 in several European countries. Her first album, which she says is “pretty much done,” will continue to put in work to revive what she believes is a bygone pop sound from the mid-2000s.

“There’s not a lot of pop,” she says. “I think it’s coming back — not just with my music. I’m obsessed with the pop girls. It’s time to have more of that kind of music.”