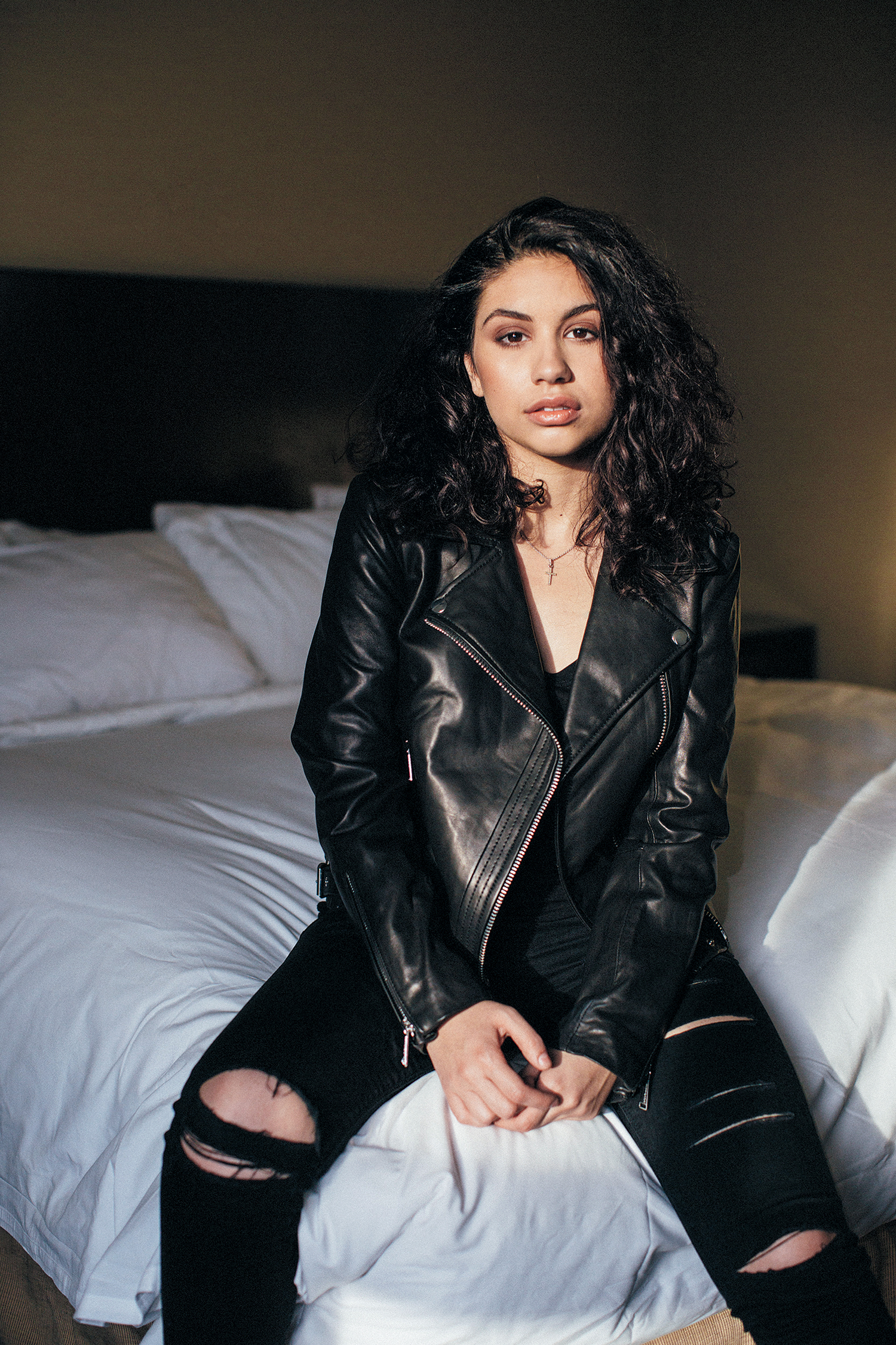 “I still feel like I’m floating above myself,” Alessia Cara says. It’s less than 24 hours since Taylor Swift invited Cara onstage on Halloween to sing Cara’s smash single “Here” in front of 55,000 screaming Swifties in Tampa, and the 19-year-old Canadian singer has barely caught her breath. “I was so high on adrenaline last night, I practically started crying,” she adds. “Everything that’s happened in the past year just hit me all at once.”

“Here” is one of the year’s most unexpected pop hits — a sullen, midtempo yet undeniably catchy song about feeling like an “antisocial pessimist” at a party. “One of my friends had a house party about two years ago, and I hated it so much,” she explains. “I’m not completely antisocial, but those big crazy parties where everyone’s drunk are not for me.” Clearly, she’s not alone: The song racked up more than 33 million views on YouTube, hit Number Eight on the Hot 100, and set high expectations for her November debut, Know-It-All.

A self-described shy kid from “a very, very traditional Italian family” in suburban Brampton, Ontario, Cara began quietly uploading acoustic covers of songs by Adele, Amy Winehouse and more to YouTube around age 13. “I would sing when no one was home — in my closet or my bathtub, places where I wouldn’t bother anyone,” she says. “But [my parents] would catch me singing. Eventually my mom just flat-out asked me to sing for her. It was scary, but I did it.”

Alessia Cara on 'Tonight Show' Breakthrough, Being 'Terrified of Fame'

Even then, and even after her home videos started getting her into meetings with music industry movers and shakers, she didn’t tell her friends about her pop-star dreams. “I would randomly disappear [to work on music],” she says. “I knew at some point that I had to stop being shy, because I wanted to do this as a career.”

Last year, after she signed with Def Jam, she finally came clean. “I posted something on Instagram to tell everyone why I’d been disappearing from school all that time,” she says. “I got so many texts like, ‘How come you didn’t tell us?!’ They thought I was just skipping school.”

The day she calls RS, Cara is at a New York airport hotel on her way to London for more promo work. “The past six months have been constant traveling, constant airplanes,” she says. “I’m still getting used to it. I was someone who never left the house. Now I’m traveling everywhere! That part’s kind of weird. It’s been crazy, but it’s fun, too.”