Nearly 20 years after the beloved singer’s death, journalist and author Kathy Iandoli still finds herself thinking of what Aaliyah would do in mundane situations. “There are times where I’ll be going out, and I’m like, ‘Should I wear a dress?’ ” says Iandoli. “And I’m like, ‘Aaliyah only wore a dress to the Oscars. I’m wearing my pants.’ ”

Iandoli remembers when the video for Aaliyah’s debut single “Back & Forth” premiered in 1994, the 15-year-old singer commanding a sea of dancers while decked out in black shades and baggy jeans, her smooth chestnut hair topped with a dark bandana as she leaned and swayed with her pervasive swagger. “There was just something about her; the way she dressed, the way she sang, her coolness,” says Iandoli. “She gave aspirational best friend vibes.”

Today, Aaliyah Dana Haughton would be about the same age as Kathy Iandoli had she not died in a horrendous plane crash 20 years ago this month. A chapter in her upcoming book, the unauthorized biography, Baby Girl: Better Known As Aaliyah (Atria Books, Simon & Schuster), describes the tragedy as one that was likely avoidable.

Iandoli also writes that according to a man who was a 13-year-old baggage handler at the time, Aaliyah, who had been resistant to flying that day, complained of a headache and was napping before being given a pill that he could not identify. The handler, named Kingsley Russell, helped deliver her water before she took the pill. She then fell back asleep and was aided onto the plane.

Freddie Gibbs Is Winning the Fight

This week, a Daily Beast headline misconstrued the new piece of information, positing that Iandoli alleges that Aaliyah was drugged unconscious and carried onto the doomed flight. While Iandoli raises the question of a possible drugging, she does not declare it as fact, nor is it the only theory she acknowledges. No matter, several media outlets ran the story with headlines like “Author claims Aaliyah was drugged before her plane crash” and “Witness States Aaliyah Took a Sleeping Pill Prior to Her Fatal Flight.”

Two days after the Beast’s story, Iandoli took to Twitter to clear up the misconceptions about the death of a woman who was so vulnerable in life. “Nobody is going to want to release a headline, ‘Aaliyah Fan Turned Author Writes Heartfelt Book on Her Life,’ ” Iandoli says of the misreporting. “I really just didn’t anticipate them deciding for all of us what that pill was because I sure as hell didn’t.” In Baby Girl, Iandoli also chronicles Aaliyah’s experiences as a survivor of R. Kelly’s abuse, aiming to portray her as more than her traumas without glossing over them, either. “It’s to just show how strong and resilient she was,” says Iandoli.

When Iandoli finished writing her 2019 book God Save the Queens: The Essential History of Women in Hip-Hop, Aaliyah’s story was natural for her to tell next. “Over the course of 20 years, we’ve been given these fragments of the story of Aaliyah,” says Iandoli. “After I finished writing God Save the Queens, I was thinking about another book where I can honor A.) one of my favorite artists, but B.) someone who was also just super strong and super enduring.” A co-byline with Lil Kim for the rap pioneer’s memoir already under her belt, Iandoli has made a mission out of celebrating influential women in black music.

Here, she talks to Rolling Stone about the erroneous reports on her book’s retelling of Aaliyah’s final hours and describes the joy and heartbreak of writing about a young woman who became an icon in her afterlife. Baby Girl: Better Known As Aaliyah will be released on August 17, 2021.

This interview has been edited and condensed.

There are reports online that your book alleges that Aaliyah was drugged in her final moments. You tweeted that those articles have misconstrued your writing. Can you expand on that tweet thread?

I’ve been in the music industry for 22 years, which means I have something like two years while Aaliyah was still active. When Aaliyah passed away, we had our own rumors that were being told to us as industry people, not fans of an artist, but just industry rumors that were kind of floating around. We were all kind of told the passing rumor of, “Well, she was drugged and she was asleep. She was this, she was that.”

When I was doing my research, I went really wide, and then I went really local, so you go to the biggest Hollywood coverage, and then I got to the local newspapers in the Abaco Islands [where Aaliyah spent her last days]. I went as far as I could, and then you try to get below the local newspapers and you try to get to the people who are actually on the ground. One of the people who was researching on the project with me sent me this link to this video that was on YouTube with this young man who put up this diary because he was triggered by Kobe Bryant’s helicopter crash, and it triggered what happened to him years ago when he was at the airport with Aaliyah. 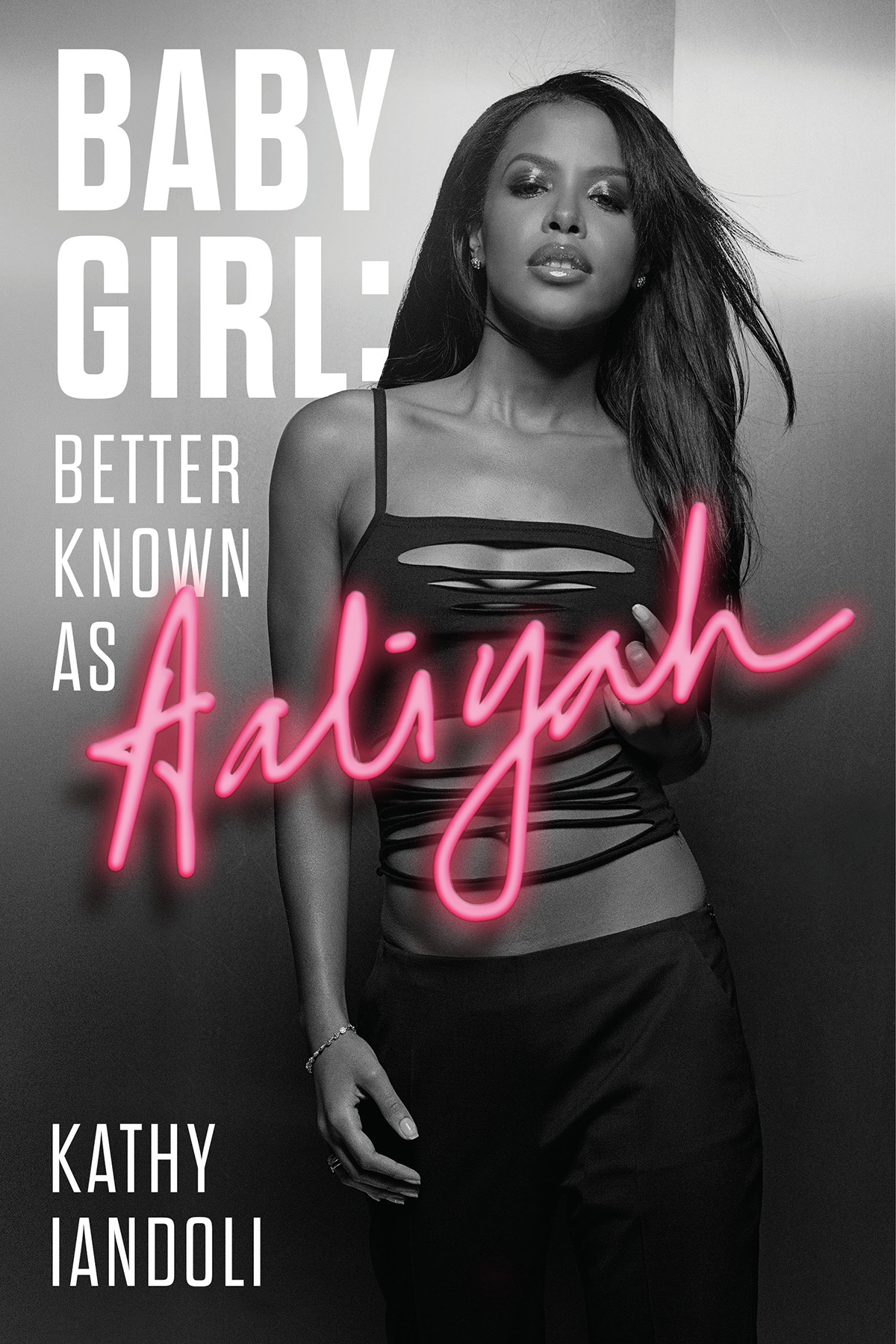 I reached out and I went in his DMs and I said, “Hi, I’m an author and I’m doing this book on Aaliyah. Can I just speak to you?” He gives me a call, I gave him my number. When he told me about this pill, it would have been wrong of me to write it off as Advil, but it would also have been wrong of me to completely say it was a drug that knocked her out, but I had to acknowledge there was a pill. You can’t not do that, especially when this man was the one who handed her the cup of water.

He specified that she had a headache, and I put that in the book. Maybe it was just for her headache, but the fact of the matter was she boarded that plane, from the way he described it, very unaware that she was boarding a plane, especially for someone who minutes prior, was adamant about not getting on the plane. All we know is that she did not want to get on the plane, something was handed to her, and she fell back to sleep. I had to present all of this, I had to.

I think that the problem is, when it comes to Aaliyah, because she’s so mysterious, because everything is always kept under such tight wraps, people develop these large fantasy stories about what happened. They do that a lot with celebrities, especially ones that they don’t feel like they know. Immediately, the newspapers just went wild with it. It was upsetting because that’s not the point in telling the story. The point of telling the story for me was that I hope that at some point, there is a young female artist, a young Black female artist especially, who is sitting in her cab and doesn’t feel comfortable doing something and she needs to know that this story existed so that when she says no, she means no. I want her team to protect her. That’s the reason why I put that story in there.

Were there other difficult parts of Aaliyah’s story to research and report?
Her time with R. Kelly and her death were the hardest. I actually wrote those first because we were in the heart of the pandemic. We were in a situation where you’re driving down the [Franklin D. Roosevelt East River Drive in New York] and there’s trucks full of bodies. You’re surrounded by just terrible, terrible news, and I wanted to end the book on a happy note, so I feel like I had to get those parts over with. I wrote them and I was a little messy for a few weeks and then I went back to the book.

Kelly’s relationship with Aaliyah is back in the news as he faces legal ramifications for years of accused abuse of young women. From being pursued by Kelly to her fatal plane crash, what can you say about your research’s findings on how the singer was and wasn’t protected?
I think the bottom line was nobody listened to her. There was a lack of protection all around, but she had feelings and she had something to say and it wasn’t regarded. Maybe, in the beginning, they thought she was too young and then at the end, maybe they saw her kindness as weakness. I see her as one of the strongest people I’ve ever written about, especially given what she endured, but I just think that in a way, her wishes weren’t always put first. That’s presented in the book a few times.

Did anything bring you joy in writing Baby Girl?
Most of it was so joyful. I mean, the whole book was wonderful to write because there were so many things that Aaliyah contributed to in popular culture that you didn’t even realize until you’re writing it. We always talk about the snake from “We Need a Resolution” inspiring Britney Spears, but it’s one of those things where it’s like when you go in and you start to just kind of peel back the layers of her career and you see what it is that she really did in terms of her impact, it’s just wonderful and that was great.

Getting to re-watch Romeo Must Die and Queen of the Damned was really good too. I remember going to Queen of the Damned when it premiered and just being so mad that she was practically at the end of the movie, but nothing beat when she walks into that party and just starts slithering through and knocking people around. Getting to revisit those parts of her life and career and then hearing about all the wonderful things [about] putting the Aaliyah project together while they were all out in Australia, just seeing how much of a hard worker she was in that regard where she was filming Queen of the Damned and then walking to her studio and just working overtime to do her album, things like that [were] great too.

There’s a lot of high points in it. This is not a book that’s supposed to be just this really sad tale. It’s a triumphant one. Aaliyah might have died in a plane crash but we’re seeing now just how immortal she is.

Your third book on women in hip-hop, Lil Kim’s memoir, co-written with The Queen Bee herself, is due out in November. How does it feel to archive this history?
Well, it’s an honor. The thing about it is that, and I said this when people ask me about God Save the Queens and I say that about Aaliyah and I say that about Lil Kim as well, Black women just change everything. They make everything. They’re the reason for so much of this, so it’s an honor for me to be the one writing it all down to them. That’s really what it is. I’m writing down the achievements as they’re happening. Even on a broader level when it comes to just women in general, I’m just happy to be the one writing it down.