“Rock & roll is here to stay!” Yoko Ono asserted on the stage of the Theater at Madison Square Garden Saturday night, telling the audience that’s what her late husband would have said in response to “Imagine: John Lennon 75th Birthday Concert.” Steven Tyler, Eric Church, Aloe Blacc, Willie Nelson, Sheryl Crow and Tom Morello were just a few of the multi-generational luminaries who came together onstage to pay homage to the revolutionary Beatle — the Liverpool songwriter, lionhearted political activist, peacemaker and musical treasure, who would have been 75 years old on October 9th and who died 35 years ago this month. Put on by Blackbird Presents and AMC, the show benefited the poverty-fighting organization Robin Hood.

Kevin Bacon hosted the tremendous, star-packed event — airing on AMC on Saturday, December 19th at 9 p.m. ET/PT — which hit every note of Lennon’s songwriting personality, his interests, concerns and loves. In the first half of the show, Sheryl Crow played a rollicking serenade of “A Hard Day’s Night,” the Killers’ Brandon Flowers conducted an effervescent sing-along to “Instant Karma,” Latin pop sensation Juanes sang “Woman” wearing a variation of Lennon’s famous “New York City” shirt that read “Medellín City,” and Train frontman Pat Monahan impressed the crowd with an acrobatic rendition of “Jealous Guy.” John Fogerty, the biggest Beatlemaniac in the room, kicked off the night with a striking one-two acoustic punch of “Give Peace a Chance” and “In My Life.” 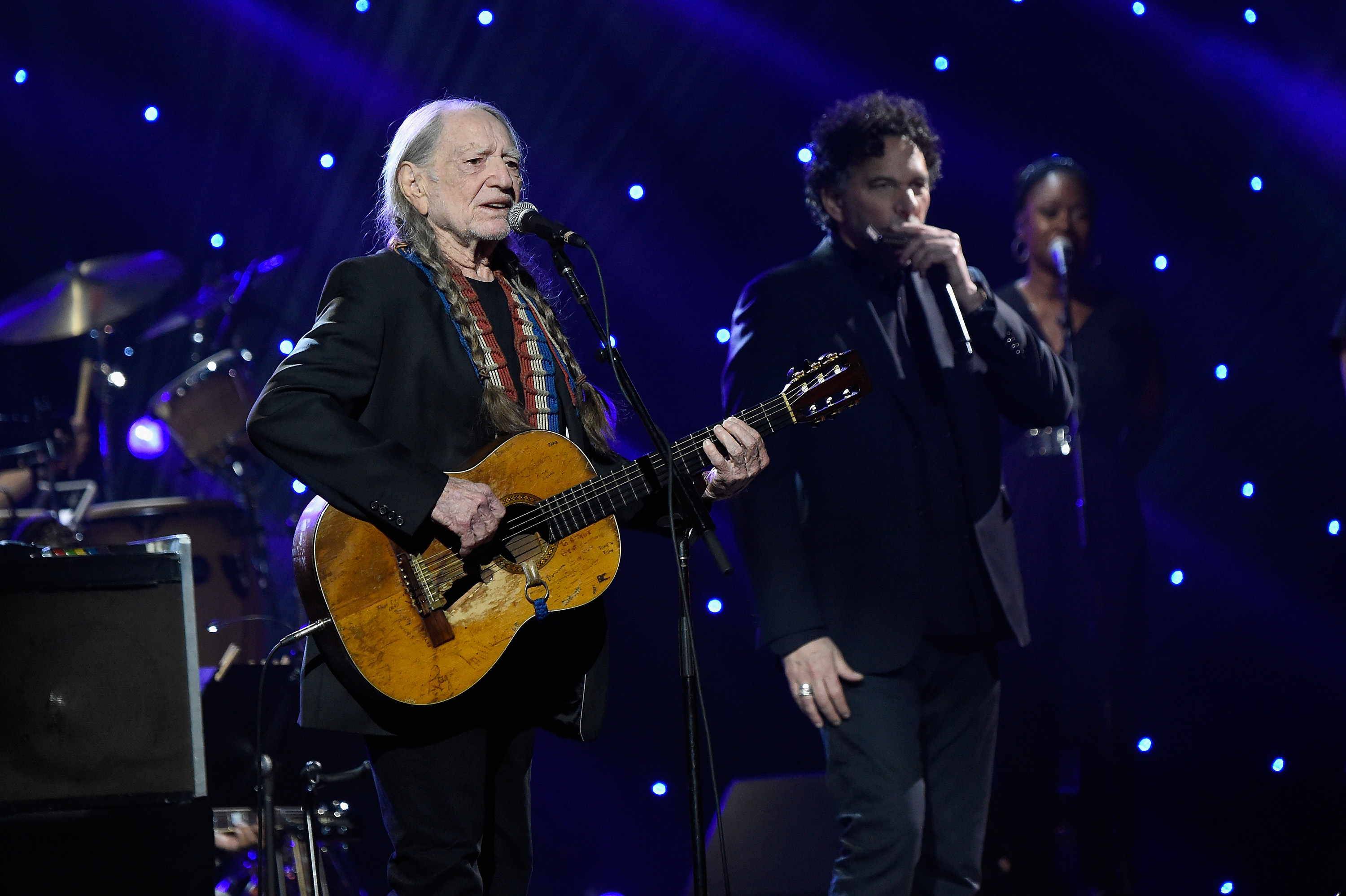 The most memorable performances were by the least-well-known artists. R&B artist Aloe Blacc held the notes of “Steel and Glass” for breathtaking stretches. The song, from Lennon’s dark 1974 solo album, Walls and Bridges, is about psychological extremes. “How does it feel to be off the wall?” Blacc wondered with gravitas, standing in a zippered leather jacket with arms folded behind his back. Nashville singer-songwriter Chris Stapleton, who made a splash at this year’s CMAs, gave a titillating, bluesy take on “Don’t Let Me Down,” flanked by Crow and Flowers. Alt-rock band Spoon offered 10 minutes of full-octane rock & roll.

Lennon’s activist anthems shone especially bright. The Roots gave “Mother” a hip-hop treatment, while working-class heroes Kris Kristofferson, Tom Morello and harmonica legend Mickey Raphael performed a sobering, stripped-down set in front of a picture of Lennon towering over them with his arms crossed. Morello came back for an anthemic rendition of “Power to the People” with the New York Freedom Choir, which includes representatives of nine different activist organizations in the state. This was the peak performance for so many reasons. Morello’s guitar playing was incendiary. He raised his fist to the crowd in solidarity, and, more movingly, simply pointed upward toward the sky. He played his guitar flipped over so it revealed the word “IMAGINE” in all capital letters on the back, and then, after a climactic, toe-curling solo, rested the instrument on the stage in a symbolic gesture of laying down arms. 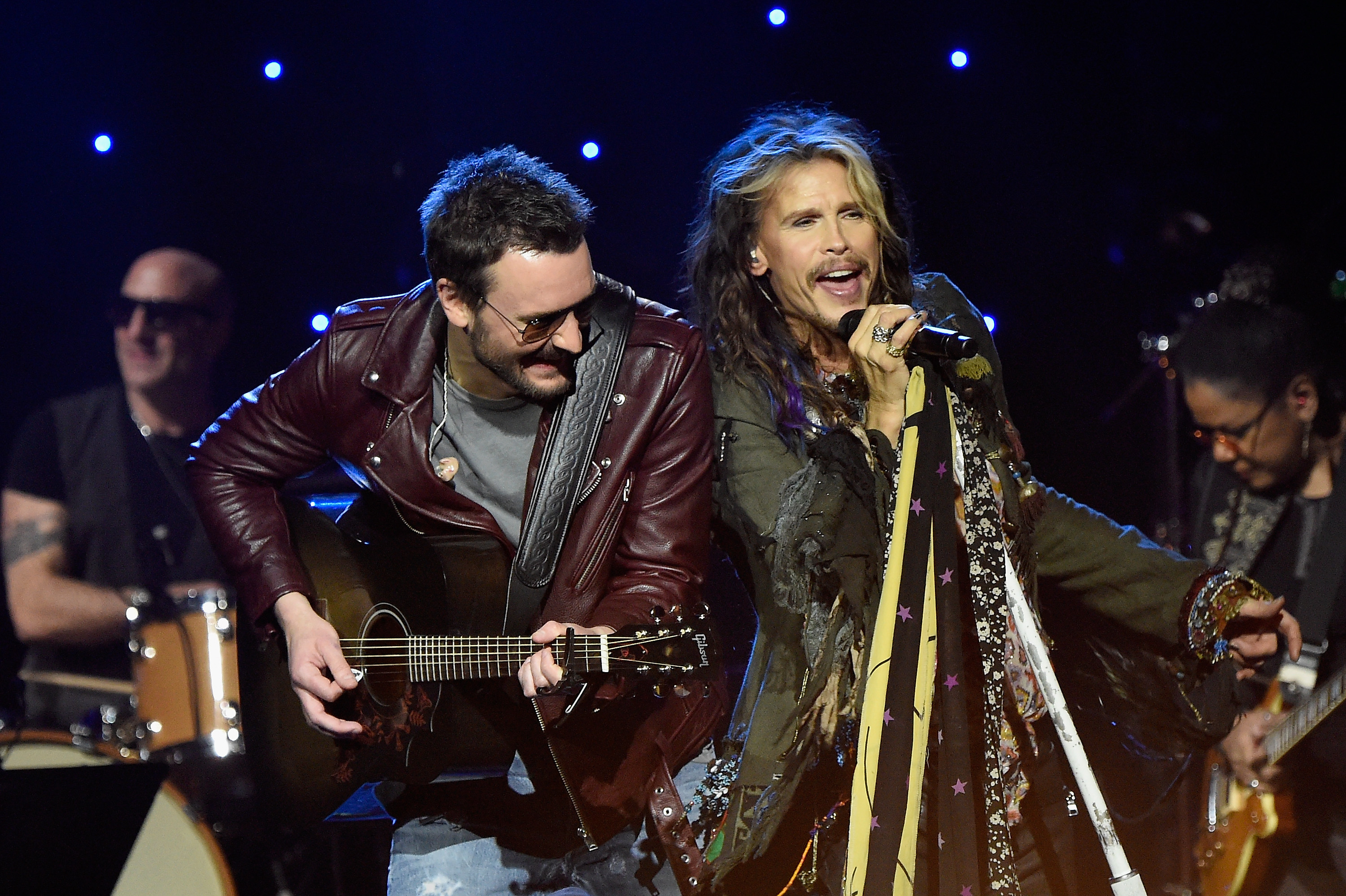 “John Lennon wrote music that mattered because it said something,” said country star Eric Church, who called the evening a ‘bucket list’ night before launching into one of Lennon’s moodiest songs, “Mind Games.” Church rekindled the declamatory spirit with his new Nashville brother, Steven Tyler, his partner on a blazing “Revolution.” Everyone went wild for Tyler’s reprisal of his druggy role as frontman of Future Villain Band from the 1978 musical film Sgt. Pepper’s Lonely Hearts Club Band.

“Every song has a story,” Ono said to the audience, sporting a whimsical bowler hat and Sgt. Pepper–style blazer with golden epaulets, after a clip played of the Plastic Ono Band singing “Attica State” on a talk show. Lennon and Ono sat on the show’s red step, singing about freedom with razor-sharp intent. The archival footage seemed to foreshadow 2015, a year marked by social violence in the United States. The song, like so many others shared that night, carried a message of brotherhood, solidarity and peace: “Happy Xmas (War Is Over)” brought cheer with a children’s choir and a Peter Frampton–Crow-Blacc trio. Legendary storyteller Willie Nelson offered a magnificently serene “Imagine,” conveying the lyrics in a such a stark, plainspoken way, it was as if the song were being sung for the first time. 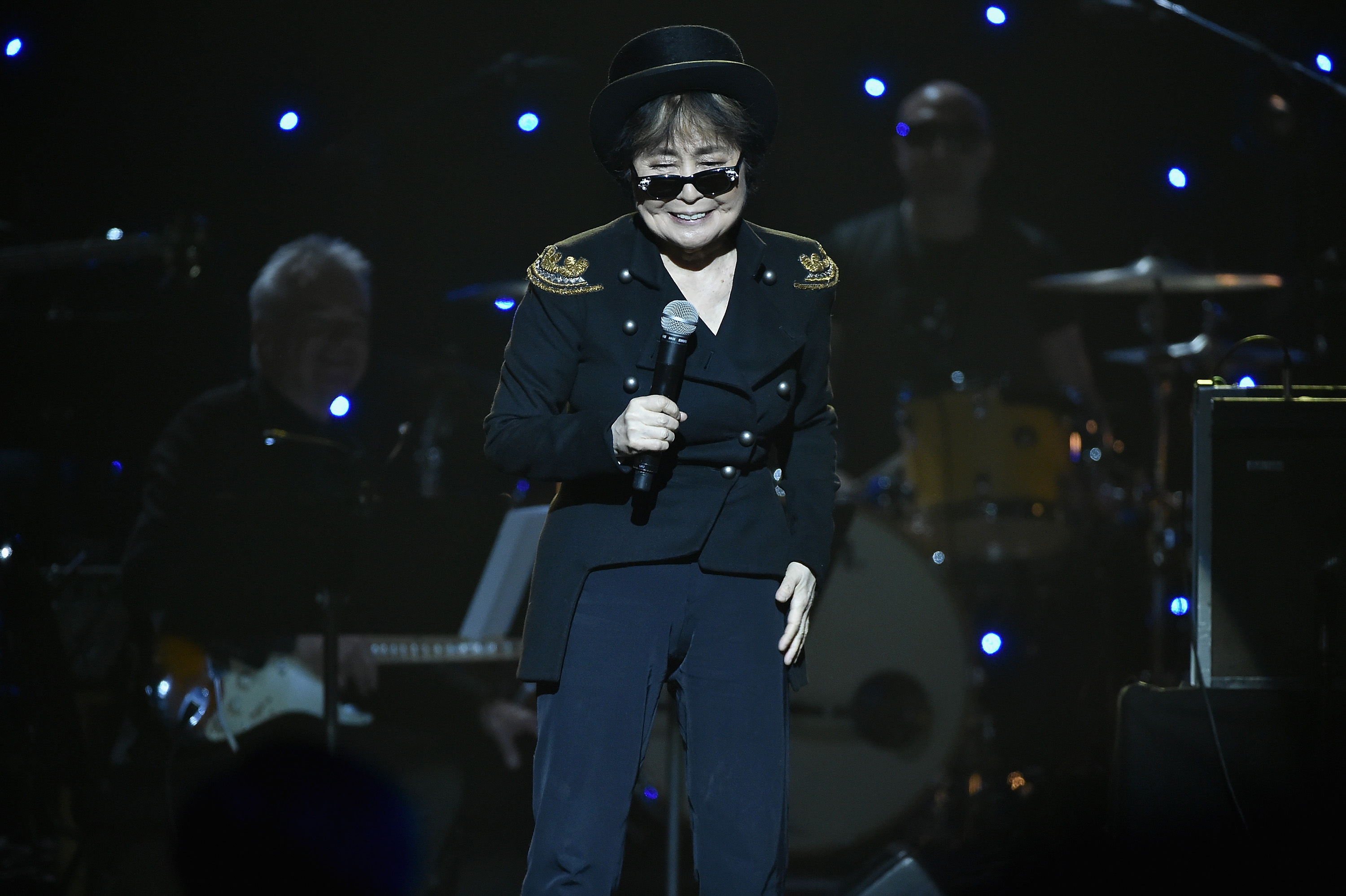 “Happy birthday, beautiful boy,” Paul McCartney said in a prerecorded video. It was a touching reminder of one of the last songs Lennon gave to the world, “Beautiful Boy,” an ode to paternal love that ends with Lennon whispering to his young son Sean, “See you in the morning, bright and early.” Hope, joy, and camaraderie filled the theater when the all-star roster joined together to deliver the simplest, truest advice Lennon offered in his lifetime: “Love is all you need.” 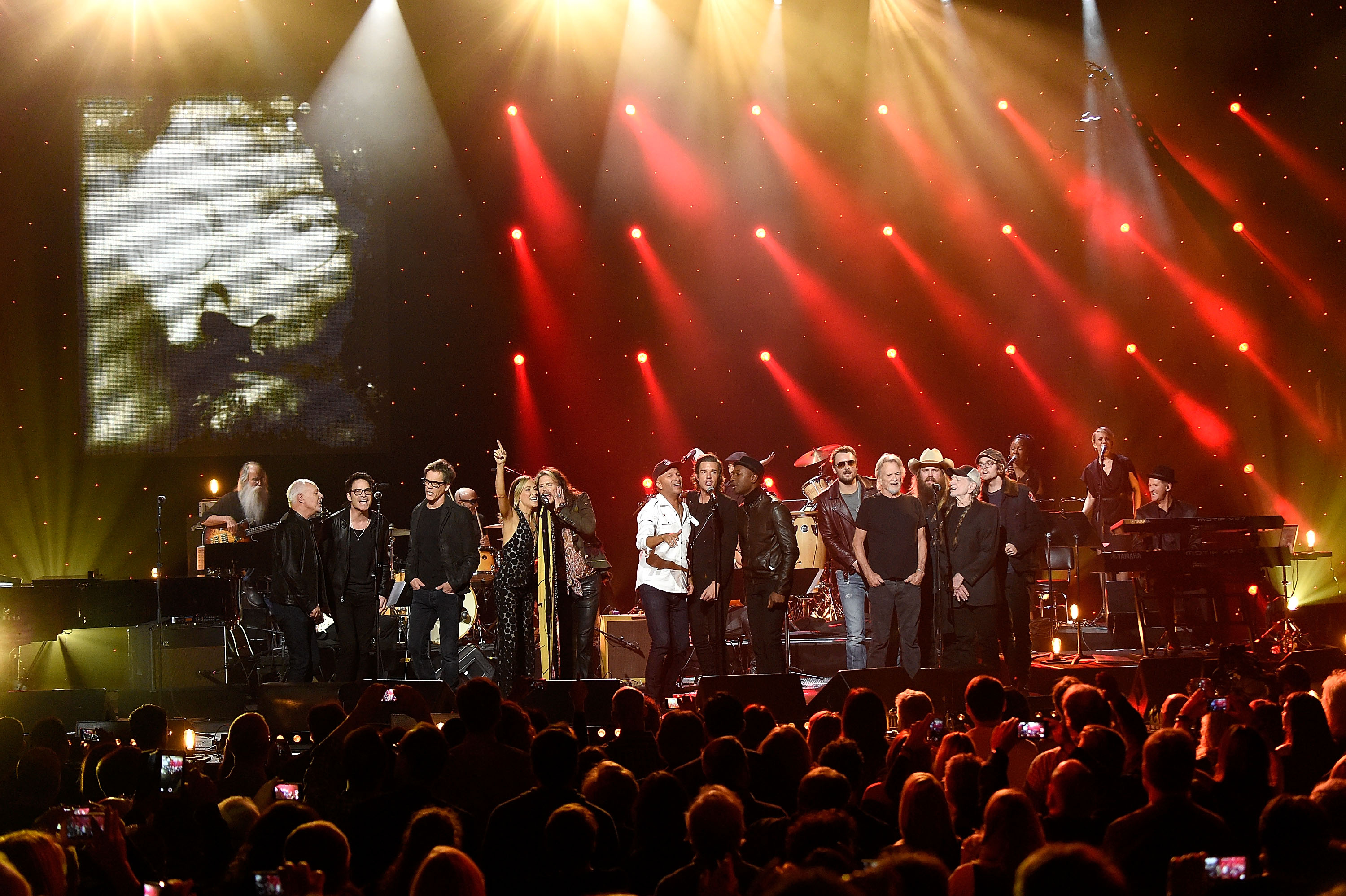 John Fogerty:
“Give Peace a Chance”
“In My Life”

Chris Stapleton, Kris Kristofferson and Willie Nelson:
“You’ve Got to Hide Your Love Away”

Tom Morello:
“Power to the People”

“All You Need Is Love”