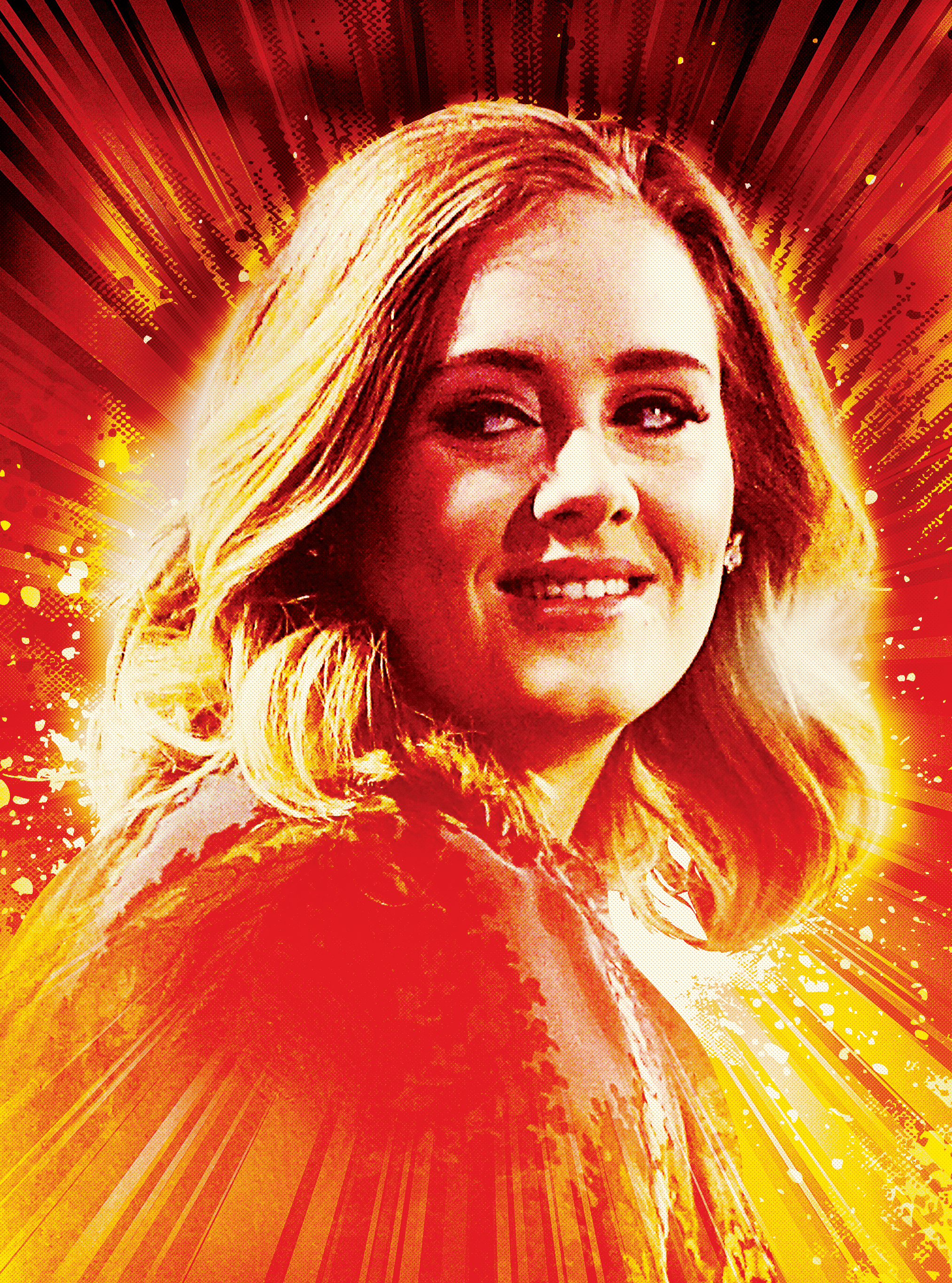 1. Adele Is the Exception to Every Rule
How can the record business survive? “Put good records out,” said Richard Russell, head of British label XL. “That’s it.” Adele, the star of his label, took this advice to heart in late November, selling a mind-blowing 3.38 million copies of her album 25 in its first week — the most since ‘NSync’s No Strings Attached sold 2.4 million in a much healthier era.

It was a reminder of how much clout sheer talent and star power still hold — but beyond that, not really a blueprint for the rest of the industry. “It’s not going to save everything,” says Ish Cuebas of Trans World Entertainment, one of the few surviving record-store chains. “But it helps.”

Adele’s sales were likely boosted by her refusal to release 25 to on-demand streaming services, just as Taylor Swift temporarily did with 1989. But that’s an option that only a handful of superstars can consider — one of many reasons that it’s hard to draw lessons from Adele’s success. “A lot of people might not know you’ve got a record out,” says Cliff Burnstein, who manages Metallica and the Red Hot Chili Peppers. “You’ve got tickets to sell, so you kind of have to be on the service, just to let people know. But not if you’re Adele or Taylor.” And Adele’s success with physical CDs is far more likely to be one of that medium’s last gasps than a sign of an incipient revival. “Clearly we’re not going backward,” says Tyler Goldman, of streaming service Deezer. “In three or four years, it won’t be beneficial for Taylor Swift or Adele to avoid streaming.” That may be true. But in 2015, it was enough for Adele to just put out a great record. S.K. 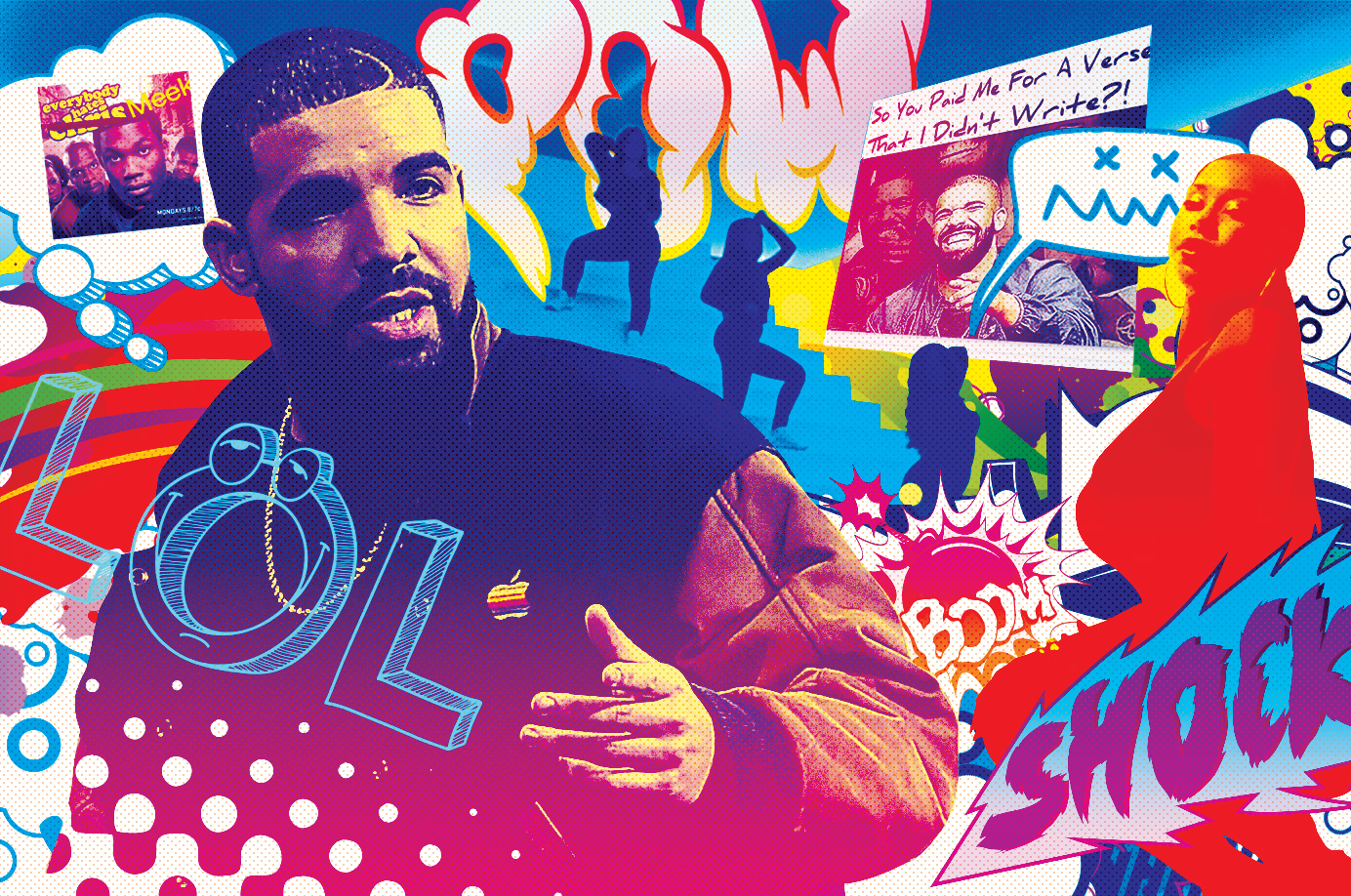 2. But Everyone Else Is Following Drake to the Post-LP Age
And if you’re not Adele? Other artists were taking notes from Drake, who did it all in 2015 — platinum sales, heavy radio rotation, social-media supertrends — without releasing a studio album. The Toronto superstar has mastered a new pop game: What counts is flooding the market with fresh material as often as possible, the less advance word the better, so fans feel like they’re part of the coolest club in the universe. “We drop content whenever we get the urge,” says Anthony Saleh, manager of Future, who collaborated with Drake on the chart-topping mixtape What a Time to Be Alive. Artists from Rihanna to Silentó sprayed out singles that were only peripherally connected to albums. And while major labels were once resistant to this approach — “We hated it,” recalls former Universal exec Jim Urie — they’ve come around. Not that they have a lot of choice: Drake has a potentially multimillion-dollar deal with Apple to fund his various projects. “When an artist gets to be as big as Drake,” adds Urie, “it’s tough to tell them what to do.” S.K. 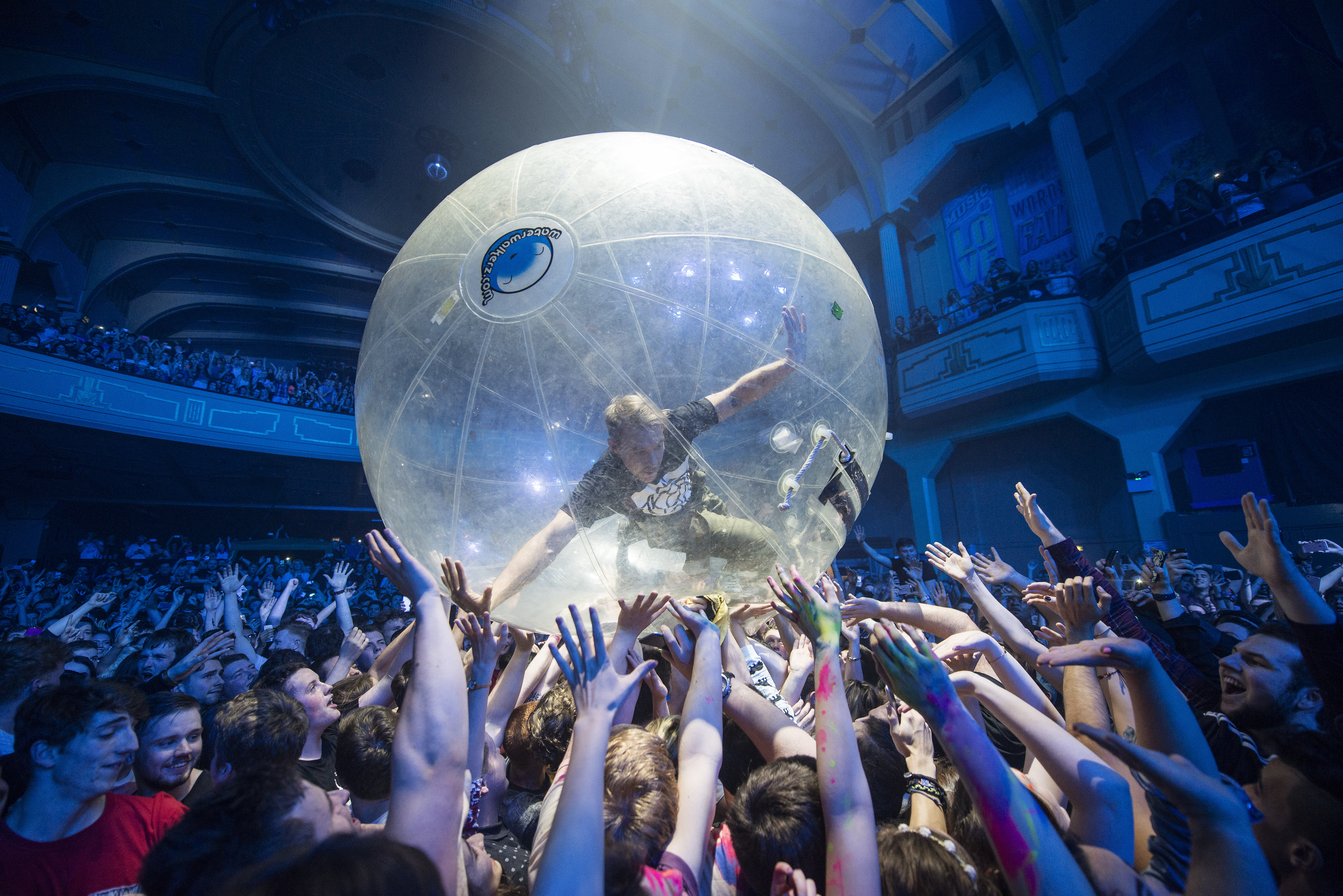 3. EDM’s Growth Has Slowed, But It’s Far From Dead
Some nonbelievers tried to argue that EDM was past its peak in 2015: There was no Daft Punk on the Grammys; giant EDM festival company SFX is facing troubles; even Diplo said that the genre “wasn’t growing anymore.” But EDM is still huge (epitomized by Diplo himself, who ran the airwaves with hits by Justin Bieber and others), and dance festival popularity is soaring. “Festivals that were rock or hip-hop have so much dance music now,” says mogul Pasquale Rotella. Adds promoter Jason Huvaere, “It was never a bubble — it was a rising mass.” S.K. 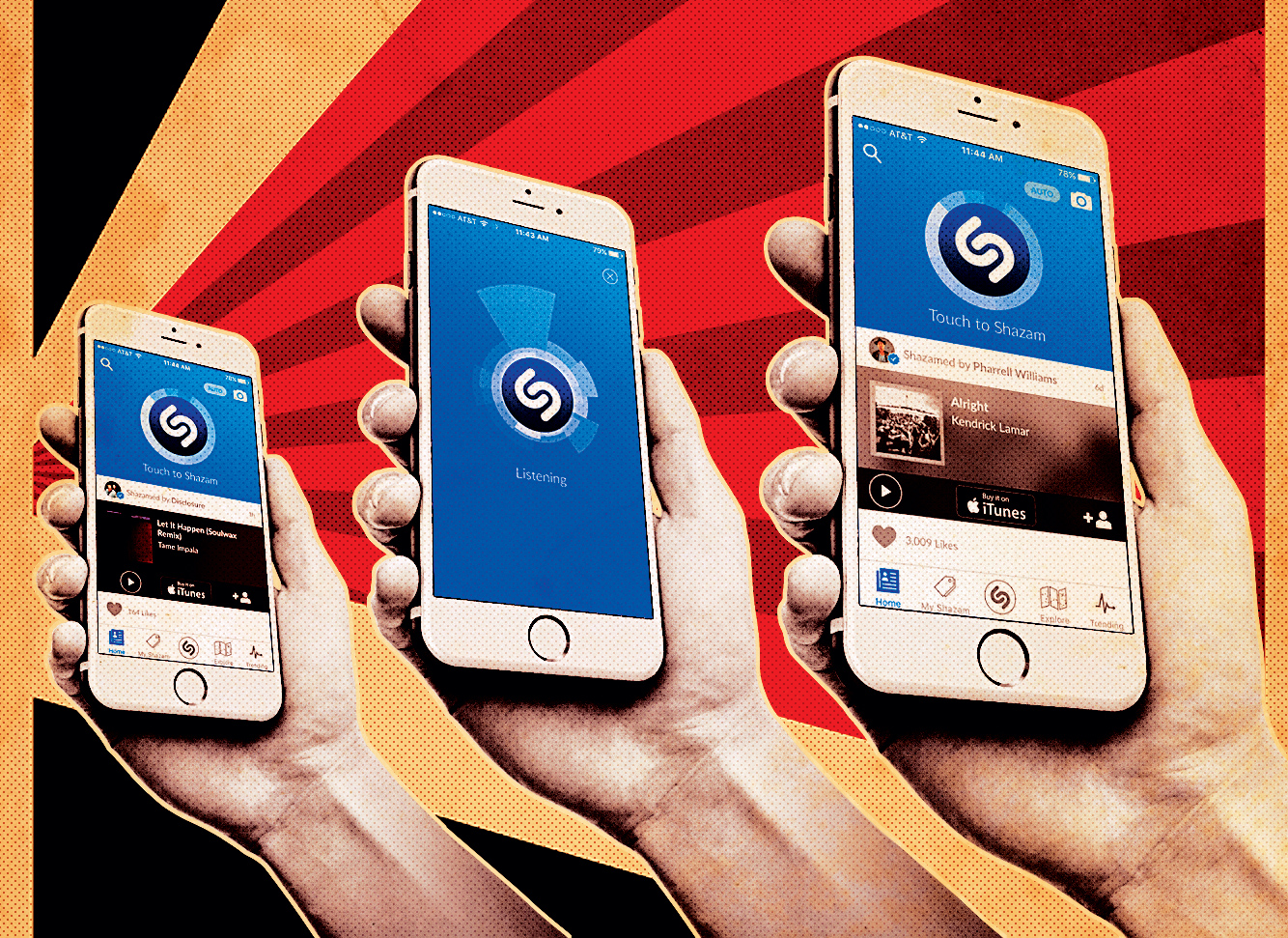 4. Data Is Picking the Hits You’re Hearing
Last June, Republic Records had a problem: The Weeknd’s single “Earned It,” from the Fifty Shades of Grey soundtrack, had climbed to Number Three on the Billboard charts and expectations were high for its follow-up, “The Hills.” But “The Hills” wasn’t catching on with radio as quickly as they’d hoped — it was too dark and atmospheric to be an obvious song choice for many pop stations.

Five or 10 years ago, that might have been the final word. But the Weeknd’s label showed radio programmers that listeners loved the song, thanks to an array of data: “We told them, ‘In the top 50 markets, “The Hills” is a top stream,'” says Republic executive vice president Charlie Walk. The track was also the Number Two song in L.A. on the song-identification app Shazam, with little radio play. “‘The audience likes this record,'” Walk told them, “‘and you’re not playing it.'” By August, the picture had changed: L.A. was one of the top six markets in the country for radio spins of “The Hills.” In September, the song became a Number One hit on the Hot 100.

In 2015, whether you were a chart-topper like the Weeknd or a rootsy songwriter like Leon Bridges, you used data to get an edge. “To not use data is to live in the Dark Ages,” says Michael McDonald, founder of Mick Management. McDonald has invested in a three-person digital team and analytical software to serve its 15 artists, including Bridges, Walk the Moon and Childish Gambino. “It’s taking a lot of the guesswork out of the business.”

Shazam, in particular, has become a leading indicator: Results often signal future success on radio and the Billboard charts. This is because the app requires interaction — removing your phone from your pocket, launching the app, tapping a button and pointing to the music playing — and therefore signals clear interest.

“Shazam has changed everything in the last couple of years,” says manager Seth Kallen, who works with X Ambassadors, among others. “People can’t fake the data like they used to. On MySpace, Facebook or Twitter, you can buy followers. You can’t fake how many people are Shazam-ing. Everybody is looking to it — it’s a real read.”

In the case of X Ambassadors, the New York alt-rock band got a boost when a track it wrote for a Jeep ad, “Renegades,” got a big Shazam reaction. The band hit Number 17 on the Billboard charts, and even made touring decisions using Shazam data from Italy, France and Canada. “We were like, ‘OK, we’re going to Milan,'” Kallen says. “We played a 500-capacity club. It was crazy.”

The global-data pool has its detractors. Some say it helps perpetuate the global pop sound — EDM-driven, often interchangeable — that’s dominated for the past five years. “There’s a musical aesthetic promulgated by Spotify, Shazam and Apple Music,” says one manager. J.L. 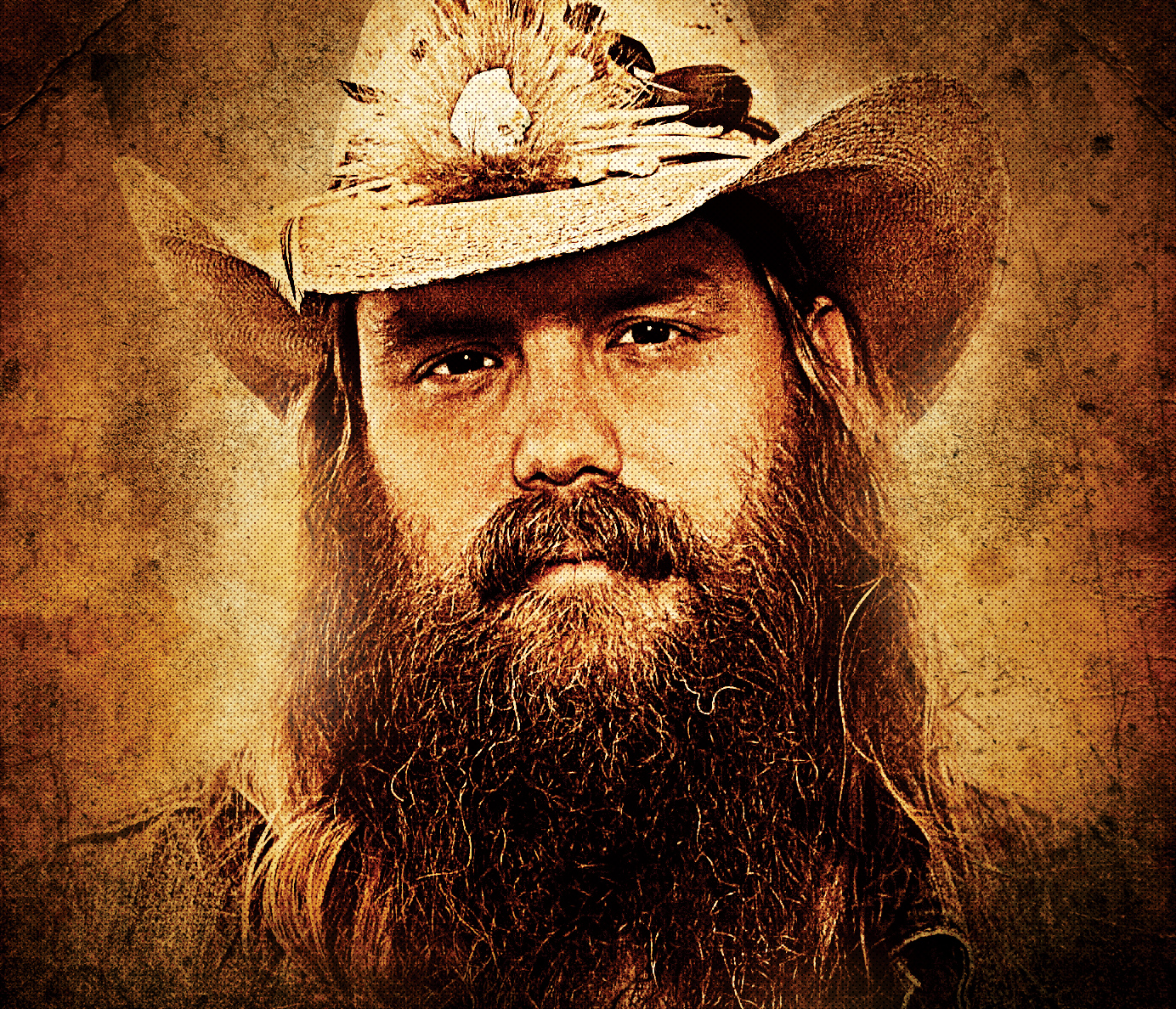 5. Blue-Collar Troubadours Are Back in Nashville
Last year, for the first time since the glory days of Willie Nelson and Merle Haggard, country music was dominated by a bearded, longhaired singer-songwriter who looked like he’d just emerged from a backwoods hunting cabin. Chris Stapleton took home Best New Artist at the Country Music Awards and topped the pop charts with his 2015 debut, Traveller, a throwback album that’s pretty much the antithesis of the shiny, party-hearty bro country that’s ruled Nashville in recent years. “It’s a great thing for people like me, the artist-songwriter,” says Sugarland’s Kristian Bush of Stapleton’s success. “There’s room for people like me and Chris to sing our own songs right now.”

Stapleton’s not the only blood-and-guts troubadour making big noise: Something More Than Free, by former Drive-By Trucker Jason Isbell, debuted at Number One on the Billboard country chart in July, and Sturgill Simpson parlayed buzz over his classic-sounding 2014 LP, Metamodern Sounds in Country Music, into a major-label deal.

Dave Cobb, who produced Traveller and oversees the Atlantic Records imprint Low Country Sound, says labels are scouting similar-minded artists to sign. “Atlantic gave us a label because they saw that trend coming,” he says. “We’re looking for the modern John Prine, the modern-day Springsteen. It feels like this is a renaissance of classic country and writing about to blossom.”

John Esposito, president and CEO of Warner Music Nashville, thinks Stapleton’s success might help the songwriter artists on his roster like Ashley Monroe, Brandy Clark and Chris Janson. “Radio programmers might be less afraid of testing new sounds,” he says.

If country radio has been crying out for more artists like Stapleton, it’s also been crying out for more women — 2015 was the year of SaladGate, where a misguided radio pro referred to female artists as “tomatoes” garnishing country radio’s salad. But there’s evidence that’s improving too. Compared to 2014, radio is adding new female artists at a faster clip, with Cam, Jana Kramer and Kelsea Ballerini all charting hits. “We’re out of balance — we need a better mix coming down the pipe,” says John Peets, manager at Q Prime of Eric Church and the Black Keys, “so that people can make the choice.” J.H. 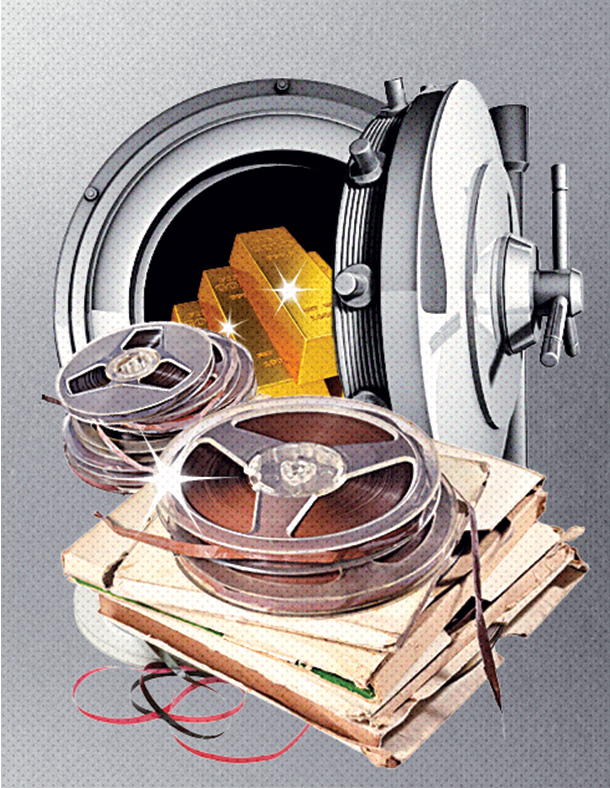 6. Rock Vaults Are Still Filled With Gold
In recent years, desperate record labels have found a new way to make money: microtargeting hardcore fans with deluxe box sets that dive deep into an artist’s vaults, essentially eliminating the need for bootlegs. The sets keep getting bigger, better and pricier, like Bob Dylan’s 1965-66 sessions (18 CDs, $600) and the Grateful Dead’s 30 Trips Around the Sun (80 CDs, $700.) “We released 29 box sets this year, twice as many as two years ago,” says Rhino president Mark Pinkus. “And we aren’t about to be tapped out.”

Fans can expect more unearthed treasure from their favorite artists, thanks partly to a European copyright law stating that any unreleased recording enters the public domain 50 years after it’s recorded. This forces labels to release old recordings, including outtakes and rarities, to establish copyright. “The collectors market will potentially be the last bastion of the CD business,” says Pinkus. “Even if we reach a point where nobody has CD players, there will still be box sets, and you’re going to have something in there.” A.G.