One month before Ray Price passed away in December 2013, the country legend put the finishing touches on one last album, wrapping up the recording sessions for Beauty Is… with help from producer Fred Foster and string conductor Bergen White. Nearly three years later, Wille Nelson has reassembled the same team for For the Good Times: A Tribute to Ray Price, a moving record that finds Nelson — a short-lived member of Price’s touring band, the Cherokee Cowboys, in 1961, as well as a longtime friend during the half-century that followed — saluting one of his mentors.

Rolling Stone Country offers an exclusive sneak peak of the new album, which hits stores September 16th. In the behind-the-scenes video above, Nelson and company set up shop in Nashville’s Ocean Way Studios, eventually recording For the Good Times in the same room — the former chapel of a 100-year-old Gothic revival church — that housed Price’s sessions for Beauty Is. Vince Gill makes a few appearances along the way, backing up Nelson on a half-dozen tracks as a member of western swing supergroup the Time Jumpers. In one memorable snippet, Gill and Nelson crowd around a studio piano, hammering out vocal harmonies for the album’s opener, “Heartaches by the Number.”

Balanced evenly between country shuffles, orchestral ballads, honky-tonk throwbacks and Price classics like “Night Life” — a song that, coincidentally, was written by Nelson — For the Good Times captures the range of a performer who, during his prime, helped turn country music from an acquired taste into a mainstream genre. With Fred Foster and Bergen White back on board, Nelson treats the source material with respect, rarely deviating too far from the original arrangements. Appropriately, the countrypolitan ballads are draped with strings and other orchestral touches, while the honky-tonk-heavy tunes find room for fiddle and Paul Franklin’s pedal steel. One of the only curveballs — and it’s a welcome one, really — is the presence of Nelson’s longtime harmonica player, Mickey Raphael, who adds his own blend of metallic swoon and squawk to the mix.

Nelson is no stranger to tribute albums, having paid his respects to Ray Charles, George Gershwin, Frank Sinatra, Cindy Walker and the Great American Songbook during the past decade alone. For the Good Times offers more of a poignant, personal approach, though. Price’s presence looms throughout these 12 tracks — in the string arrangements, in the vibrato of Nelson’s vocals, in the warm ambiance of the recording studio itself — and Nelson responds accordingly, delivering some of his strongest vocal performances of the 2000s.

“Ray was as a close a friend as you could have,” he says. “We traveled together, lived together, played music together, partied together. . . and had a lot of good times.”

They recorded an album together, too, teaming up with Merle Haggard for 2007’s Last of the Breed, a double-disc project that recast the three country singers as the slimmed-down, 21st century equivalent of the Highwaymen. Price was diagnosed with pancreatic cancer several years after its release, though, and Last of the Breed sadly lived up to its name, marking the last time Price and Nelson ever co-billed an album. For the Good Times: A Tribute to Ray Price brings them back together again, a move that only hardens the punch Price’s music already packed. 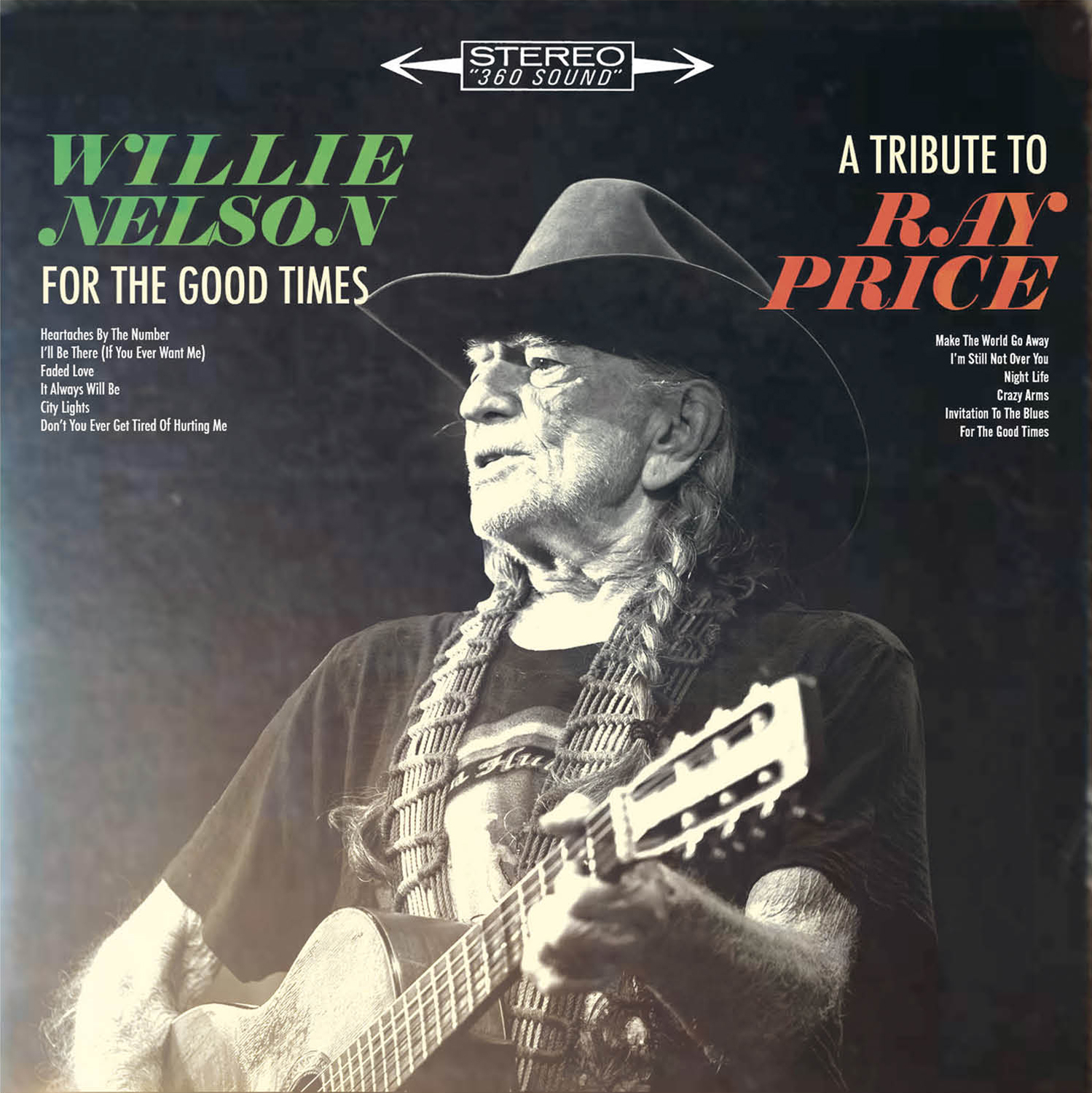 Tracklist for Willie Nelson’s For the Good Times: A Tribute to Ray Price:

1. “Heartaches by the Number” (featuring the Time Jumpers)

6. “Don’t You Ever Get Tired of Hurting Me” (featuring the Time Jumpers)

11. “Invitation to the Blues” (featuring the Time Jumpers)