It’s said a critical rule of recovery from addiction is learning to be self-honest. Sometimes to the point of discomfort. Travis Meadows knows this feeling well. “I’ve always struggled with fear,” says the Mississippi-raised singer-songwriter who lost his right leg to cancer at age 14; was in and out of rehab four times before finally getting sober in 2010; saw his girlfriend recently get diagnosed with breast cancer and his three-legged dog Larry, who appears on the cover of his new album, go missing. He’s one of Nashville’s most honest songwriters, “but it’s still a little terrifying when you put yourself out there,” he says. “I tell a lot of truths in my songs. I give little secrets away.”

To his most ardent fans and peers, including Eric Church, Dierks Bentley and Jake Owen, who have all cut Meadows’ songs for their respective albums, his open-book approach to his craft is his greatest gift. But Meadows lives in fear of rejection. That ever-lingering sense of distrust remains – the one he’s had since 14 when his bandmates laughed the then-drummer out of the room for bringing in intense and personal lyrics. “So I put them in a secret place in my heart for a long time,” Meadows says of the raw, confessional and brutally honest songs he was writing even back then. “I still look at my songs kind of like children,” Meadows continues of his gnarly narratives often populated with Dylan-esque loners and drifters, and imbued with the sort of dark humor fans of Haggard might appreciate. “And there was a time when I was scared people were going to say, ‘Your kid’s ugly.’ So the easier way was to keep them in the closet and not let anybody see them.”

Thankfully, time has softened Meadows’ stance. Since releasing 2011’s Killin’ Uncle Buzzy, a gut-wrenching 36-minute dissection of his struggle to beat back the bottle, he’s developed a cult fanbase, released a follow-up EP, 2013’s Old Ghosts & Unfinished Business, albeit if only “to get past Uncle Buzzy because I wasn’t that guy anymore,” and began playing gigs in and around Nashville. On October 13th, Meadows released First Cigarette, his new full-length LP. Produced by Jeremy Spillman, with assistance from Jay Joyce (Eric Church, Little Big Town) it’s arguably his most accomplished work yet. Arriving via Blaster Records, it’s also his first to be released with label support. “It validates all of the suffering that I went through to get here,” Meadows says. “It gives it purpose.”

Meadows, who spent 17 years as a Christian missionary, never expected a career as a solo artist. All he ever wanted to be was a successful songwriter. And Uncle Buzzy, well, as he’ll tell you, it was little more than a private album, “a diary on tape” created at the insistence of his addiction counselor during his final stretch in rehab and only released after pestering and encouragement from his songwriter friends. 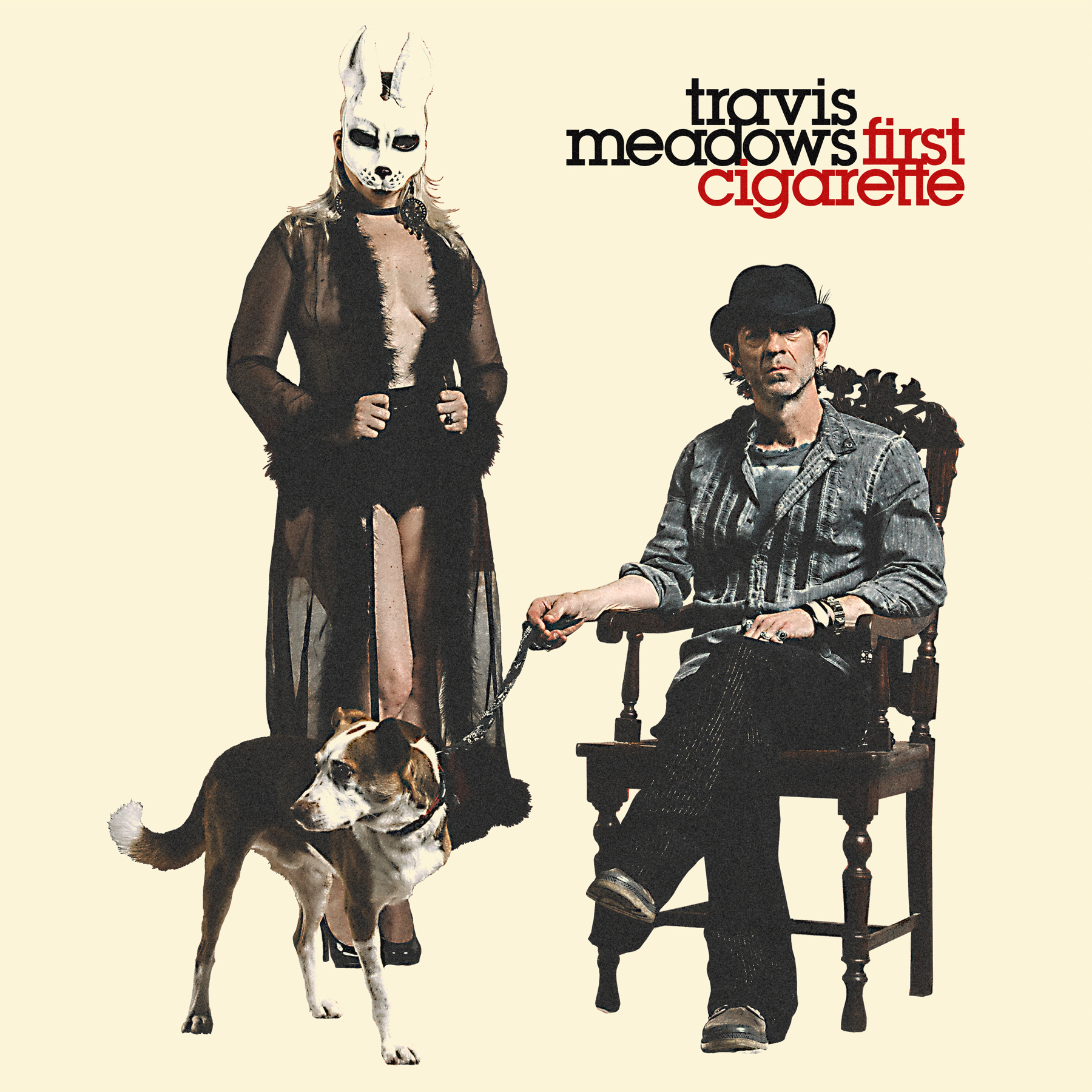 Plus, Meadows is surprised he’s even still alive.

“I was dying, man,” the singer says of a multi-year bout with depression and intense alcoholism that peaked in the mid-2000s. “I was drinking myself to death. A lot of times I couldn’t even show up to a songwriting appointment because I couldn’t get off the floor.” When he did make it to a job, he’d often have to run out to his car and chug a bottle of vodka – “hot, because it’d been sitting out in the sun” ­– simply to stay awake. “And so a lot of people wouldn’t write with me. ‘Man, it’s just gross. I don’t want to be around that!’ And I don’t blame them.

“I try not to be too hard on myself,” Meadows continues, “but I don’t deserve any of this. So I’m grateful for every inch I get walking that mile.”

It’s why First Cigarette feels especially momentous for Meadows, and also why he was calculated in its conception. The musician, who spends much of his time these days in a 1975 Winnebago camper he keeps parked behind the East Nashville home he shares with his girlfriend, says he made sure to include a healthy dose of his trademark revealing songs on the album – the ones “that cut a little bit and tell a real honest truth and have authenticity,” like the title track and “Long Live Cool” – but peppered in more accessible ones as well.

This decision to record what he calls “more up-tempo songs, or at least some songs with a little hope in them,” was a direct result of Meadows performing material from Uncle Buzzy in recent years. “I started listening to some of the songs I was singing over and over and I was like, ‘Man, if I was sitting in that crowd I would bring a razorblade and I would slit my wrist.'”

“It’ll give you a chance to catch your breath,” he adds of more catchy, inspirational tracks like the Springsteen-inspired “Pray For Jungleland” and “Underdog” (“We may fall behind / but we rise and we climb / and we shine like broken stars”). “And then we’ll go back in and do a little more surgery.”

Not that Meadows is about to cater to country radio anytime soon. “The second best decision I made in my life” – after quitting drinking – “was to stop trying to guess what Tim McGraw wanted to put on a record or what Kenny Chesney wanted to put on a record and start writing songs for myself,” he says. “Quite frankly, crap is selling right now. And people follow the money. These kinds of songs I write are not selling a lot of records.”

It’s why Meadows says he has “the utmost respect” for artists like Church, Bentley and Owen for recording his songs. Owen, however, is the only artist to see a Meadows-penned song chart particularly high: “What We Ain’t Got,” hit Number 14 on Billboard‘s Country Airplay chart in 2015.

Ask him about the future, and Meadows will admit he’s anxious to see what First Cigarette might do for his career. Though, given his history, he’s tempering his expectations.

“It’s still mostly one day at a time,” he says, sounding not unlike the recovering addict he is. “I’ve had so many close calls and so many almosts and then they just crumble in your hands. So it’s just safer for me to not let myself get too far out there. It’s an absolute second chance for the fifteen-millionth time,” Meadows concedes. “And this one I’m appreciating.”