Outside of what he hears playing in truck stops while out on tour, Whitey Morgan isn’t really exposed to much mainstream country music. And it shows.

“Man, the last time I watched that it turned my stomach,” Morgan says of the CMA Awards. Calling from Long Beach, California, where he and his band the 78’s are scheduled to play later that night, the Flint, Michigan, native tries to stay insulated from the modern Nashville sound and has adopted a live-and-let-live approach. “I used to be on the hate train five years ago, but that shit, man, bogs me down. I don’t have time for it anymore. I just ignore it and keep working hard, and hopefully it’ll make a difference one day.”

Morgan and his 78’s will release their live album Born, Raised & LIVE From Flint on December 2nd. Recorded at Flint venue the Machine Shop, the album features nothing but rough-hewn, outlaw-influenced honky-tonk country songs about hard living and heartache. Full of Morgan’s tough, gruff twang and his band’s upbeat picking, the record features songs with titles like “Turn Up the Bottle,” “Another Round,” “I Ain’t Drunk” and “Mind Your Own Business.”

While Morgan may not be a fan of the sort of country music you’ll hear on the radio and at the various country awards shows, he isn’t shy about sharing his traditional-country influences — particularly Waylon Jennings.

“I just always dug that sound,” says Morgan of twang-heavy country. “Especially Waylon, for me, it was easy to grab onto those half-time grooves, and the more hard-hitting stuff, because I’d come from playing more rock & roll-type things. Learning that and crafting my version of that Seventies sound led me to graduating to [Johnny] Paycheck’s style, and Merle [Haggard]’s. Not style exactly, but maybe just their level of musicianship.” 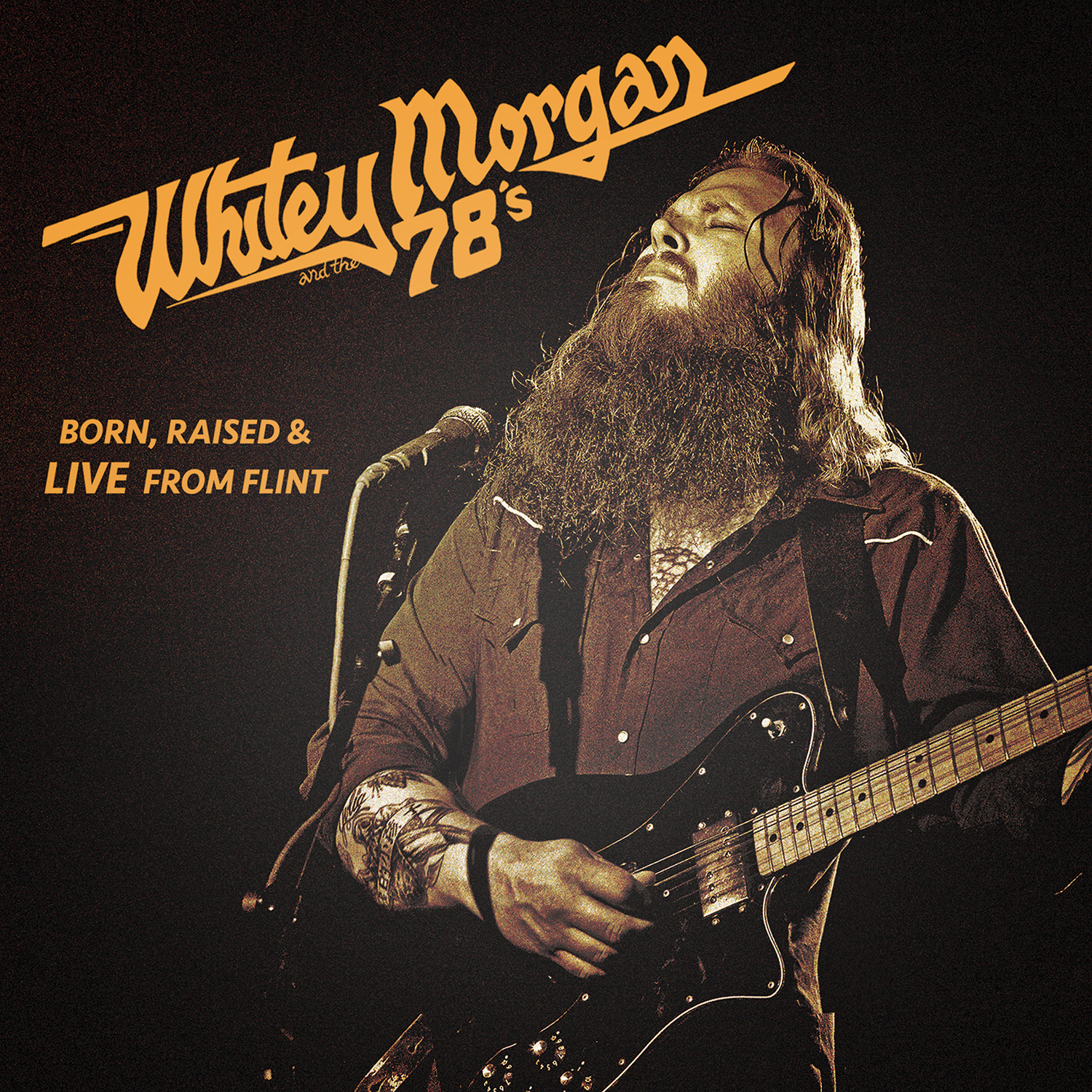 Morgan learned to play guitar from his grandfather, a Kentucky native who moved to Michigan to find work at General Motors when he was in his twenties. He died when Whitey was 16, leaving his grandson his Gibson guitar. Morgan was playing in rock bands at the time, but picking up the Gibson to play old country songs, he says, “just felt right.” And he’s been doing it ever since, staying out on the road for long stretches at a time with the 78’s, who formed nearly a decade ago.

“Oh, for sure,” he laughs when asked if he’s more comfortable onstage than in a studio. “I love giving it to the audience as much as they’re giving it back. That whole energy thing, that’s what takes it to that level that we try to bring every night. But yeah, I’m definitely not a big fan of the studio.”

Even so, Morgan tells Rolling Stone Country that he also has a forthcoming studio album in the can — titled Sonic Ranch, named for the El Paso studio in which it was tracked — which he hopes to release around the beginning of next year. The singer-guitarist says a dispute between him and his old label, Bloodshot Records — who are releasing LIVE From Flint — kept him “tied up in red tape” and unable to release new material for a long time. But that’s all over now.

“I actually do not have a label right now, and I’m pretty happy about it,” Morgan says. “With the last seven years of touring, I’ve earned all my fans on my own — no radio, no anything. I’m happy to put this next studio record out on my own to the fans that I have now. I’m not into doing it for money or doing it for any other reasons. I just want to do what I do, and if someone wants to be a part and help me get to the next level and keep my integrity, then I’m in. But if not, I’ll just keep doing what I’m doing.”

And what he’s doing, by and large, is sticking to his blue-collar roots, touring hard and paying tribute to the performers who informed his own proudly rugged and unrefined style. Morgan once opened for fellow Michigander Bob Seger on his 2011 tour, and he covers Bruce Springsteen’s “I’m on Fire” on Born, Raised & LIVE From Flint.

Morgan admits that it’s tough work, staying on the road, graduating from dirty couches to motels to hotels. But it’s rewarding, and as he sees it, there’s hope yet for country music — even if he can’t stomach today’s country radio.

“Every once in a while on a pop-country station you’ll hear a song that doesn’t sound exactly like the 20 before it,” says Morgan, bolstered by the increase in artists influenced, like him, by Jennings. “I’m starting to hear more and more people who have that sound.”