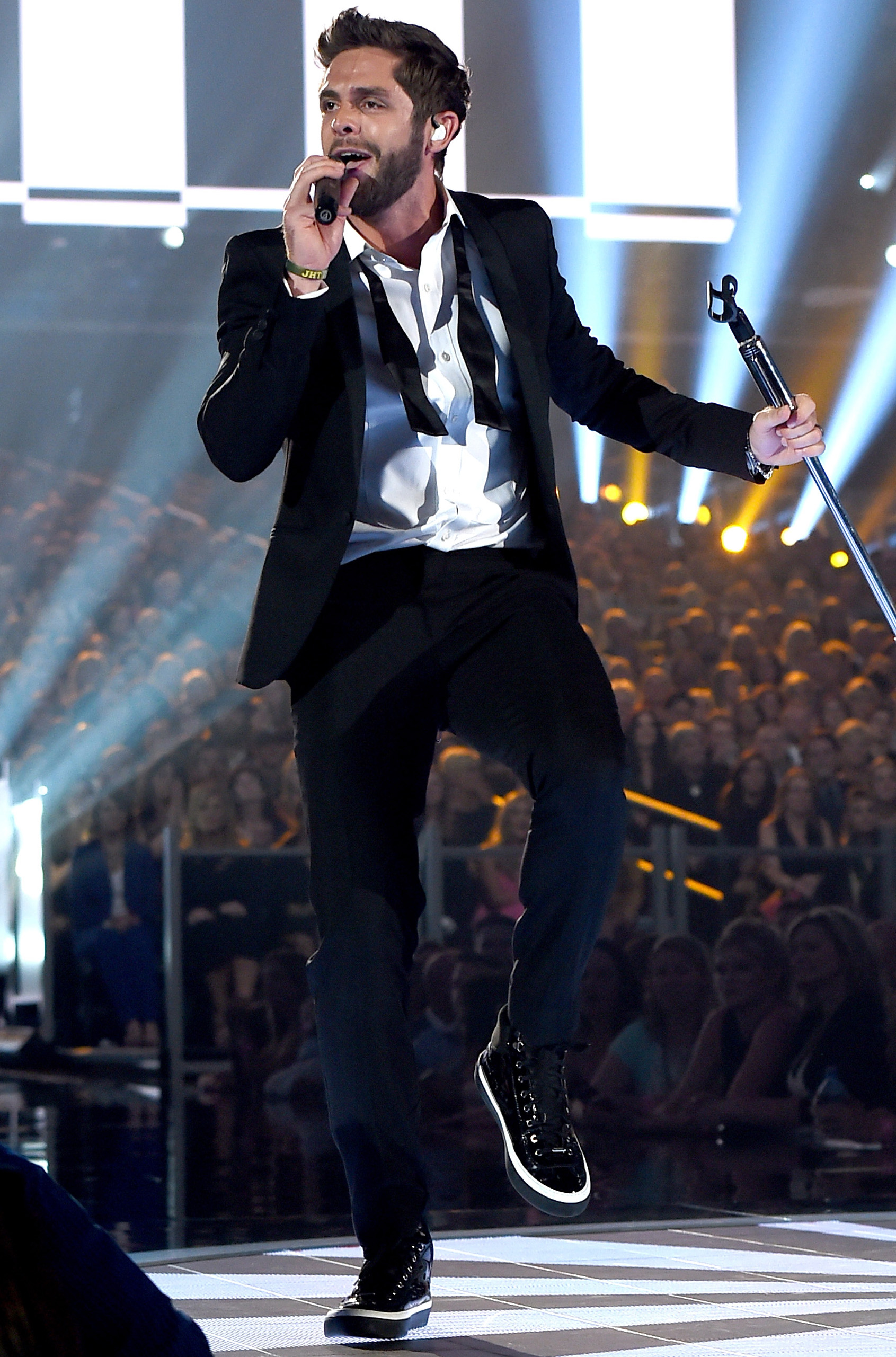 As the son of Rhett Akins, a highly successful Nashville singer and songwriter, 25-year-old Thomas Rhett was steeped in country music. But one of his formative influences came from a different world. “When I was in sixth, seventh, eighth grade, Usher was so huge for me,” says Rhett, who mixed soul and funk with traditional twang on his excellent new single “Crash and Burn,” and took it straight to the top of iTunes’ country chart.

Rhett’s 2013 debut, It Goes Like This, which yielded three Number One singles, gave him confidence to try something more adventurous this time around. His as-yet-untitled next album (which he describes as a collection of throwback sounds) will include some straight country similar to his 2012 ballad “Beer With Jesus.” But it also leans heavily on a sound he compares to Bruno Mars’. “Funky R&B really does something to me,” says Rhett, who covers “Uptown Funk” on tour opening for Florida Georgia Line. “To be able to put all that on a country album is great.”

At an FGL tour stop this weekend in Wilkes-Barre, Pennsylvania, Rhett looked far different from the rock-leaning artist who opened for Chris Young in 2012 at Nashville’s Ryman Auditorium, where he bounded across the stage with a camouflage megaphone during the punky “Front Porch Junkies.” These days, he’s eliciting shrieks from the female segment of the crowd with some well-placed hip swivels and bass-heavy dance jams like set-opener “Southside” and recent Number One “Make Me Wanna.”

“I knew [‘Make Me Wanna’] had the potential to be a hit by the way people moved to it, even if they didn’t know the words,” Rhett says. “That’s always such a huge test for me.”

With “Crash and Burn,” however, Rhett says he knew the song was a hit before he even recorded the Chris Stapleton and Jesse Frasure-penned track.

“When I heard it for the first time, I didn’t even listen to the lyrics just because I was so entranced by the way the song sounded and how it felt. I fell in love with it just from the melody. When I went back and listened to the words, I loved the irony of how sad the song was, but how great the track felt,” he explains. “It was actually kind of hard to get that song cut, because none of us knew if Chris was going to cut it or what he was going to do with it. When he decided that he wasn’t going to, he texted me and said, ‘It’s all yours.’ . . . I’m super happy with how it came out.”

Rhett returns to the road with Florida Georgia Line tomorrow night in Providence, Rhode Island, and will perform on the main stage at LP Field during June’s CMA Music Festival in Nashville.