Midway through the Six Degrees to Tennessee Roots jam on Saturday night in Memphis, house band the Roots hopped out of their soul, rock & roll and R&B pocket when Dustin Lynch walked onstage.

Wearing a white cowboy hat and a smile as wide as a country mile, the Tullahoma, Tennessee, native and newest member of the Grand Ole Opry, nodded to the 11-piece ensemble before stepping to the mic with his acoustic guitar.

“This is a dream come true,” he told the capacity crowd at the New Daisy Theater on Beale Street. The historic venue is a featured site of the new Tennessee Music Pathways project, an endeavor that connects music fans to the artists, venues and history of music in the state by allowing them to build itineraries online for their Tennessee music pilgrimages.

Easing into Lynch’s mellow country hit “Good Girl,” the Roots crew laid back comfortably into the gentle, summery acoustic-guitar groove. But the band truly earned its country-music bona fides when Lynch led them into one of the most well-known country songs of all time, the Garth Brooks signature “Friends in Low Places.”

25 Artists with Unexpected Ties to Tennessee

“Before I started making music at this level, putting it on the radio, ‘Friends in Low Places’ is probably leading the pack of songs that I’ve played onstage,” Lynch told Rolling Stone during rehearsals for the concerts. “It is really part of my upbringing.” 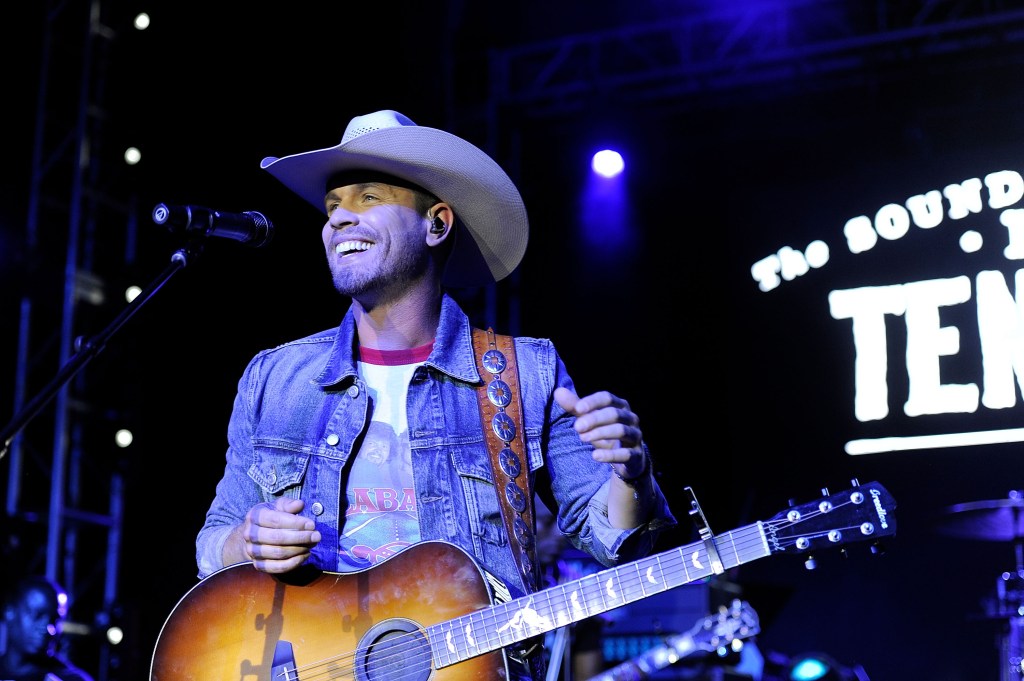 The 1990 juggernaut, which inspired a word-for-word singalong at the jam, “probably made me more money in tip jars than any song, other than ‘Rocky Top’ and ‘Sweet Home Alabama,’” Lynch said of his days playing Nashville’s strip of honky-tonks on Lower Broadway.

Rather than put a new spin on the country song, though, the Roots played it true to the original — their way of honoring the music’s origins, according to Questlove, whose presence and skills behind the drum kit made him the de facto leader of the concert. Throughout the night, they backed a parade of special guests who connected the dots among artists and genres, highlighting the R&B, blues and folk of the songbook of popular American music and tracing it all back to Tennessee.

“All the influences that we grew up on, and my parents before me, the music we almost take for granted as the backdrop to our lives, so much of it has come from Tennessee,” said the Roots’ Black Thought.

The Roots drove that point home from the beginning, when Elle King joined them to sing her hit “Shame,” and pay tribute to native Memphian Aretha Franklin — born in 1942, the same year the New Daisy Theater opened on Beale Street — on the late icon’s pivotal classic “I Never Loved a Man (The Way I Do You).” King swayed and gripped the mic as she pulled off a sassy and seductive rendition, harmonizing on the chorus with three backup vocalists.

“When I think of soul and my greatest influence, I’d have to say it’s Aretha,” said King, who lived in Nashville as a teenager. “I just love that song so much, and with her passing recently I thought it would be a really cool way for me to honor someone who influenced me so much.”

As the show continued, it became more eclectic in the hands of the expert Roots. The band embarked on many musical journeys, mixing in bits from Guns N’ Roses’ “Sweet Child O’ Mine” and Kool & the Gang’s “Jungle Boogie,” with verses from Ol’ Dirty Bastard’s “Shimmy Shimmy Ya.” After an EDM segue of live beats and samples, local Three 6 Mafia-affiliated hip-hop legend Project Pat appeared for a guest spot on his own “Raised in the Projects.” 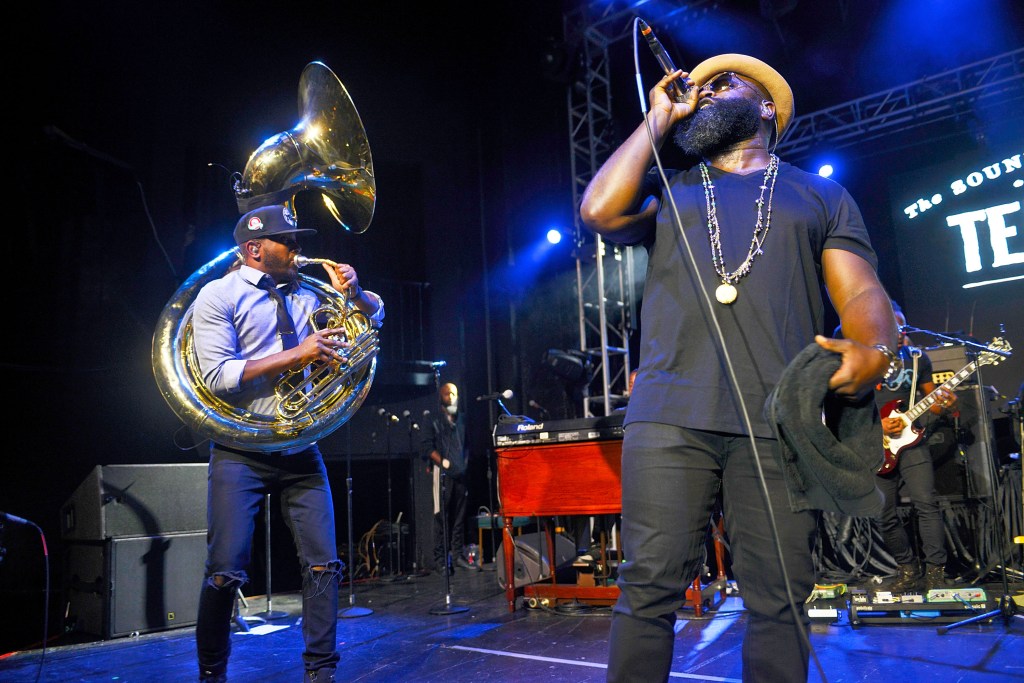 The Roots were the house band at a special concert highlighting Tennessee music in Memphis. (Photo: Greg Campbell/Getty Images for Tennessee Tourism)

Ronald and Ernie Isley of the Isley Brothers joined the Roots for a pair of early hits — “Lay Lady Lay,” which Bob Dylan recorded in Nashville and the Isleys cut for their 1971 album Givin’ it Back, plus their own “It’s Your Thing.” Ronald sang from a stool for the slow-jammed take on “Lay Lady Lay,” but came alive when the brass kicked into “It’s Your Thing,” belting out his lines and working the crowd. The Roots closed the evening with a guest spot from Memphis native Booker T. on the organ, re-creating his iconic instrumental “Green Onions.”

Earlier in the day, the Roots spent time visiting some of the local destinations featured as part the extensive Tennessee Music Pathways. At Royal Studios, where Al Green put many of his soul classics to tape, Black Thought heard a sound that led him back to his own roots.

“There was a fella, he played an organ that was in this room,” he told Rolling Stone after rehearsals. “It was my first time being there, my first time hearing this organ, but I felt so familiar with it because it was the same organ on so many quintessential records that built my history. At a core level, I identify with this part of the country that way.”