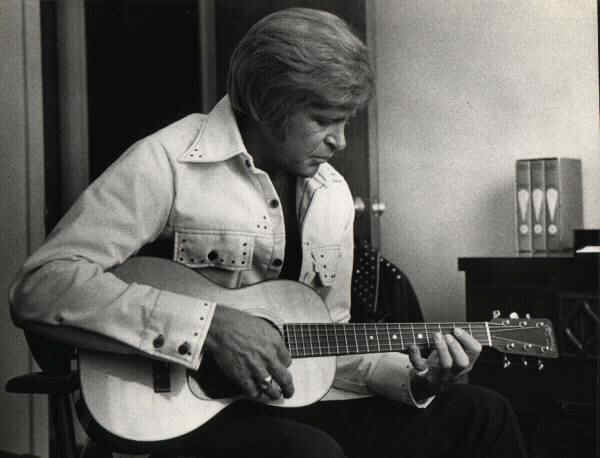 Songwriter Don Chapel, who penned hits for George Jones, Tammy Wynette and Ray Price — and was also the second of Wynette’s five husbands — died Sunday, December 6th, from complications from heart failure and pneumonia, according to the Tennessean. He was 84.

Born Lloyd Franklin Amburgey, Chapel was reared in a musical family from Neon, Kentucky. One of his sisters was rockabilly singer Jean Chapel (born Opal Jean Amburgey) while another sister, Irene, would become a pioneering artist in country-gospel music under the stage name Martha Carson.

Chapel had his songs cut by dozens of artists, including Wynette, Jones, Conway Twitty, Lynn Anderson and Charlie Louvin. His biggest hit came in 1968, when Chapel’s “When the Grass Grows Over Me” was recorded by Jones. It rose to Number Two on the country chart not long before Jones would become Wynette’s third husband in 1969, after her marriage to Chapel was annulled. More than 50 members of the Grand Ole Opry have cut Chapel’s songs throughout his career.

Chapel is the second Nashville songwriter to pass this week. The day after his death, Don Pfrimmer died after battling leukemia. The 78-year-old had written songs for Tim McGraw, Mickey Gilley, Ronnie Milsap and Lonestar’s Number One “My Front Porch Looking In.”