Willie Nelson’s ranch, the endearingly nicknamed Luck, Texas, once served as the backdrop for the 1986 Western Red Headed Stranger. On Thursday, it played host to the inaugural Heartbreaker Banquet, a two-stage event purposely scheduled to take place at the same time as SXSW, in the hopes of gaining traction and eventually launching as a paid festival. 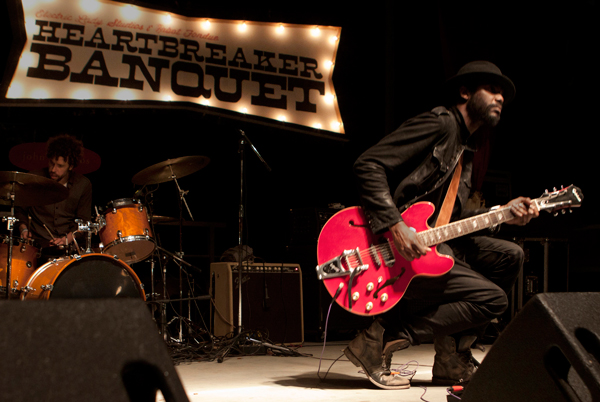 Organizers shuttled the lineup – which included Gary Clark Jr., Blitzen Trapper, Jenny O., Father John Misty, White Dress and Rhett Miller of the Old 97’s – to the ranch, located about 40 miles from Austin in what felt very much like an abandoned frontier town. Although Nelson himself was about 2,000 miles away for a gig in Oakland, California, most of the performers tipped their hat to the elder statesman.

“Willie Nelson changed my life in a lot of ways,” said White Dress singer Arum Rae before launching into a cover of his song, “Crazy.” Father John Misty, otherwise known as the recently departed Fleet Foxes drummer J. Tillman, was even more enthusiastic. “This is obviously fucking amazing,” he said, “but it doesn’t hold up to what I imagined in my fantasy of Willie and I smoking a joint together and him telling me how great I am and handing me his guitar.” While Jenny O. didn’t play a Nelson tune, she did tell Rolling Stone, “This is the coolest thing I’ve ever done.”

The musicians seemed as excited as they were relieved to be getting a break from the grind of SXSW. As one member of Blitzen Trapper put it: “Welcome, citizens of Lucky. It’s nice to be out of the city for a while.” 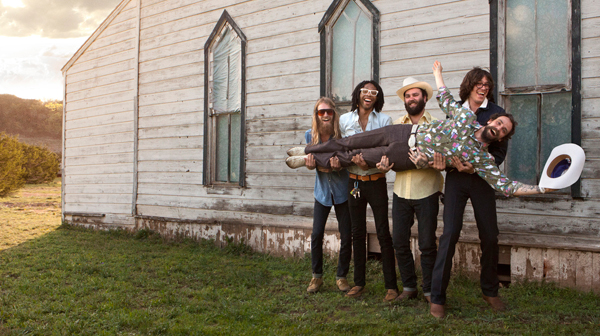