The idea of a “concept” album conjures images as diverse as the artists that created them: Pink Floyd’s dystopian The Wall, Green Day’s punk opera American Idiot, Woody Guthrie’s pioneering Dust Bowl Ballads. It’s not exactly a style that thrives in the day of the single download, but Paul Burch has never been too concerned about what works commercially — which is why he felt the freedom to make Meridian Rising, his new LP devoted entirely to imagining an autobiography as told by country forefather Jimmie Rodgers. (Listen to the full album below.)

“The idea for Meridian Rising came about fifteen years ago, after I heard a recording of Jimmie with bluesman Clifford Gibson called ‘Let Me Be Your Sidetrack,'” Burch tells Rolling Stone Country about the moment that inspired him to create the album that was only actualized well over a decade later. “Gibson played guitar and Jimmie sang. Gibson shared some of the same energy that I heard in Robert Johnson — open-tuned guitar, mixing a lot of styles.  [He] answered Jimmie’s phrasing like a piano player. It inspired me to write about Jimmie from a musician’s point of view.”

Indeed, on Meridian Rising, Burch imagines Rodgers’ life as if he were telling the stories straight from the yodeling country-bluesman’s mouth, beginning with his hometown of Meridian, Mississippi, to his death at only 35 at the Hotel Taft in New York City. Featuring Fats Kaplin, Tim O’Brien, Jon Langford, William Tyler, E Street Band member Garry Tallent and Billy Bragg, the LP is thick with research and details that Burch found while combing through the Country Music Hall of Fame in Nashville and quizzing biographers Nolan Porterfield and Barry Mazor. Burch was searching less for splashy stories and more for the quirky details that he transforms into rich and vivid tracks, which flash along like dreamy, Technicolor movie scenes.

Ushered in with a clarinet solo that draws the curtain up on his story, Burch inhabits Rodgers through the quintessential driving tune “Cadillacin'” to stories of philandering mistresses under circus tents. Rodgers was fascinated with carnivals in his youth, and instead of following a historical timeline to the letter, Burch explains and explores the legend’s life in the way one might after a glass of wine or two at a family dinner, dusting the grandchildren with tales that blended hope, dream and reality. And though he stacked the album thick with country, old time and early blues, Burch still managed to keep enough distance to make it sound like an original work and not some attempt at a long-lost Rodgers record. In other words, there’s none of the yodeling that became synonymous with country’s “Singing Brakeman.” 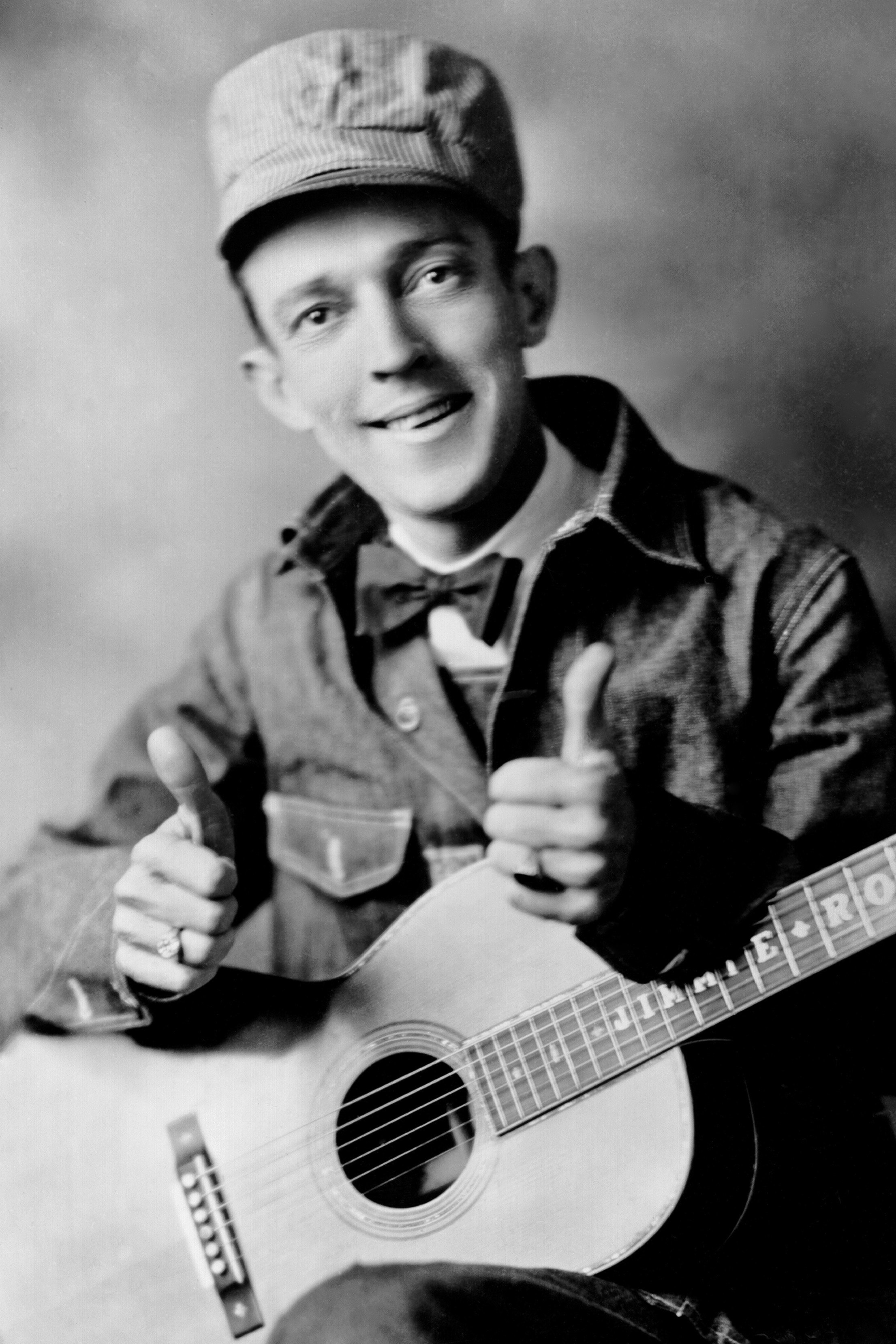 “Distance was what made the writing possible I think,” Burch says. “I was keenly aware of the differences between us. For one, Jimmie had an instant and tremendous effect on everyone who heard him. Musicians, admirers, anyone who knew him considered meeting Jimmie a singular event in their lives.  Even though Jimmie had a very tough road, he loved being a musician and in some sense, I think he knew his performances were impactful, even transforming.  So even when I went deep into the sharpest cracks, I still found a sense of humor there.  That’s what kept him going.  That what has to keep us all going.”

Now living in Nashville, Burch predated the current roots-revival, making music built on the American traditions of blues, bluegrass, old time and country but fusing it into his own unique sound keen on continuing, not emulating, our treasured past. Collaborating with artists like Lambchop, Mark Knopfler, Vic Chesnutt, Candi Staton, the Waco Brothers and Ralph Stanley, he found a consistent home with his band, the WPA Ballclub, including Grammy Award winner Dennis Crouch, who serves as his upright bass player and also Meridian Rising‘s co-producer. Though many have released tribute albums to Rodgers, including Merle Haggard’s 1969 LP Same Train, A Different Time, Burch was more enchanted by the ideas of conjuring up his spirit in a way that made people think differently about the hugely influential artist’s existence as a whole — both his indelible mark on music and his very short, lyrical life.

“You could say I was the executor to the estate of Jimmie’s soul,” Burch says. “So the songs are honest, but not necessarily true. If Jimmie could comment on it, I suspect that even the things I thought fanciful when writing might not even skim the service: ‘Man, if you only knew.'”