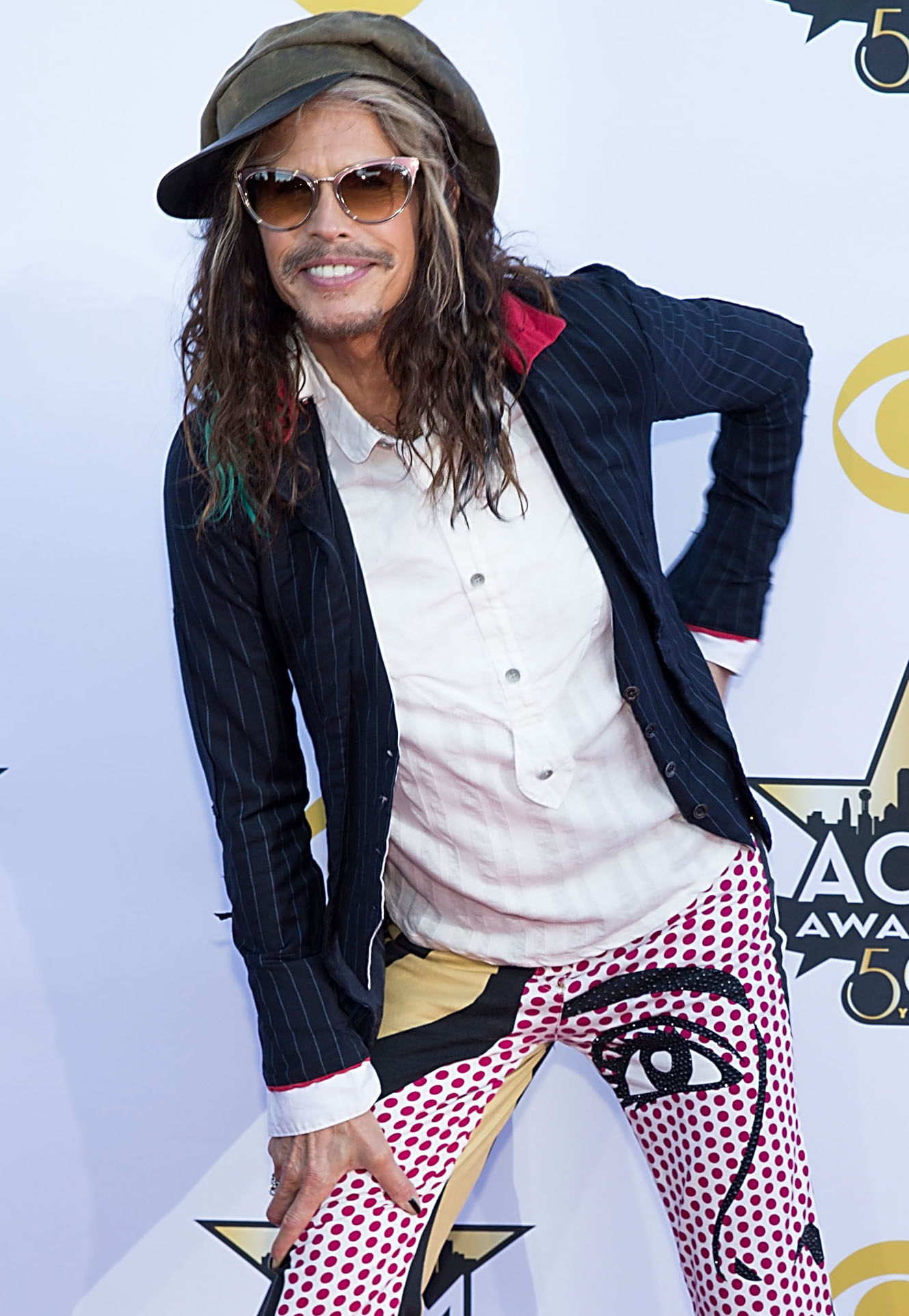 After weeks of Twitter tease photos at Nashville hot spots and with Music City songwriters, Steven Tyler is ready to share the music he’s been recording since relocating to Tennessee earlier this year. On Wednesday, he’ll release “Love Is Your Name,” the first single from his upcoming country solo album.

To promote the song, Tyler will undertake a daylong media blitz, culminating with a live performance of “Love Is Your Name” on the season finale of American Idol. It’s a natural fit: Tyler once manned the judges’ table of the long-running singing series, which Fox announced yesterday it was canceling after its 15th and final season this January.

Last month, the Aerosmith frontman signed to Dot Records, the iconic country and vintage rock & roll label revived by Scott Borchetta’s Big Machine Label Group in 2014. Said Tyler then: “I’ve been working with some fucking epic Nashville songwriters, getting my feet wet with the style and groove.”

As it turns out, two of those songwriters were Lindsay Lee and Eric Paslay, the pair behind “Love Is Your Name.” For the recording, Tyler headed to Nashville’s Blackbird Studio with in-demand producer Dann Huff. In a statement, Tyler said his first single was recorded on his first day in the studio. “I guess you could call that beginner’s luck,” he quipped.

Along with Paslay and Lee, Tyler has also been writing with songwriters like Cary Barlowe, Jaren Johnston and Rhett Akins. Barlowe told Rolling Stone Country recently that no matter how country of a song the rock vocalist records, it’ll always evoke a little bit of Tyler’s famous band.

“Everything he sings is going to sound a little like Aerosmith, because he’s the voice. But he’s been talking about how he wants some of it to be organic,” Barlowe said of Tyler’s upcoming album. “It’s obviously not going to be traditional country or old-school country sounding, but he does want mandolin and a banjo in there, to change it up.”

Aerosmith, meanwhile, remains a viable touring force. Next month, Tyler and the band will kick off a string of summer dates with a show in Glendale, Arizona.