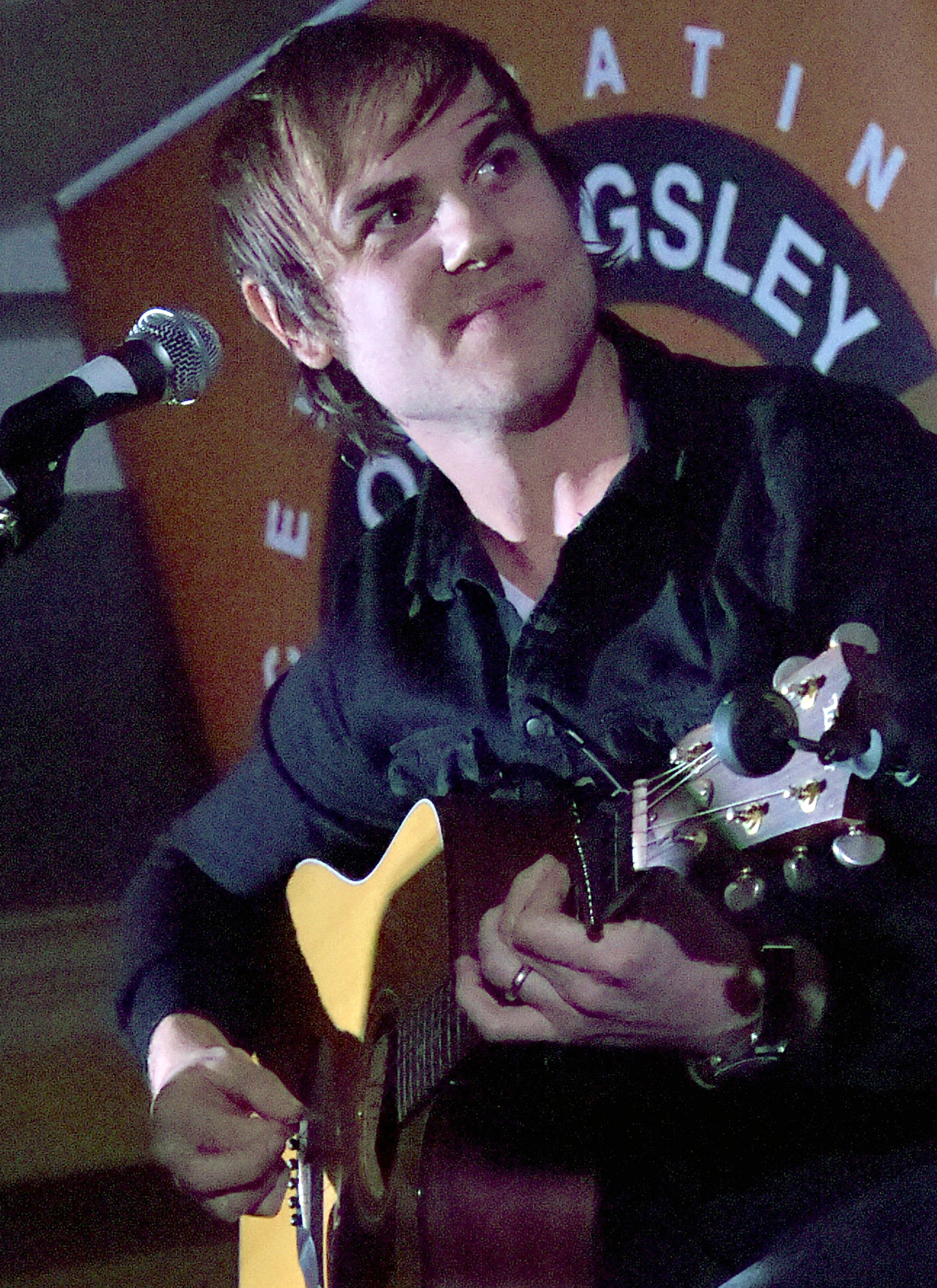 In the last three years, songwriter and producer Ross Copperman has emerged as one of country music’s new guard of elite hitmakers, helping to expand the genre’s reach into broader, boundary-defying territory. That’s no accident, since the 32-year-old Roanoke, Virginia, native says he grew up on Nineties modern rock.

“I actually wasn’t listening to country, which I regret,” he explains to Rolling Stone Country. “My wife fills me in on Nineties country and I feel like I missed that whole thing, but the target has shifted over to guys like me and what we grew up listening to. It feels like the shift has happened in the last three or four years to where now it’s like, ‘Oh, I can actually just do what I love doing.'”

Citing Oasis and Third Eye Blind as his favorite bands, Copperman once had a recording deal of his own as a pop artist in the U.K., but traded in the hectic touring life for one of co-writing sessions and studio leadership on projects like Dierks Bentley’s Riser and Jake Owen’s yet-to-be-announced fifth album.

Since his first Top 15 hit on Billboard‘s country songs chart in 2012 (Thompson Square’s “Glass”), Copperman has gone on to co-pen successful songs including Bentley’s “Tip It on Back,” Kenny Chesney’s “Pirate Flag,” Justin Moore’s “Point at You” and Brett Eldredge’s “Beat of the Music.”

Today, Copperman has another four songs on country radio simultaneously and two fresh Number Ones to celebrate (Billy Currington’s “Don’t It” and A Thousand Horses’ “Smoke”). And with credit on the new singles from Keith Urban, Owen and Eldredge, that tally seems likely to rise.

Rolling Stone Country caught up with Copperman to reveal the stories behind his five latest radio offerings.

Keith Urban, “John Cougar, John Deere, John 3:16” (Copperman, Shane MacAnally, Josh Osborne)
It’s funny, nobody had that title. Nobody walked in and was like, “Let’s write ‘John Cougar, John Deere, John 3:16.'” We almost gave up on the idea because we were just writing and writing and throwing out all these cool images, and we kind of knew the essence of what we wanted to say, but then at some point Josh was like, “What about John Cougar?” And then Shane was like, “And John Deere,” and I was like, “And John 3:16.” It all came together in this serendipitous moment. But then we were thinking, “What could the title be? That title is way too long.”

When Keith was recording, just wanted it to be crazy different. He put his vocal on my demo of the song, which was more acoustic-based, and I think he tried [the song] a lot of different ways. I guess he eventually saw an old bass on the wall and grabbed it and was like. “Let me try this,” started rocking that bass line and built the whole song around that. Keith just has that sixth sense and that’s what makes him an awesome artist. He has the magic ball and can see what all the rest of us don’t.

Jake Owen, “Real Life” (Copperman, Ashley Gorley, Shane MacAnally, Josh Osborne)
It was a snowy day during the “blizzard” of this past winter, and I think Ashley and Shane’s [writing sessions] got canceled that day, so we were like, “Let’s all four of us just write together. It’ll be the craziest write ever.” With me, Josh, Shane and Ashley, I was thinking if that group of people can’t write a hit there’s something wrong with the world. So I had this crazy track that I didn’t think any of them would go for, and Shane was like, “That’s what we’re writing.”

[The lyrics are] just what we all grew up doing. We all went to Waffle House and the waitress was always rude, but we knew she had real shit going on, so we understood and we gave her a big tip anyway. . . It literally happened in about two hours of spitting great lines back and forth, and Jake had told me and Shane — because we produced Jake’s new record — he told us the vibe and direction he wanted the album to be in, like the Sublime/Smash Mouth world. So we angled it right at that. We wrote the song and sent it to Jake right after I mixed it and said, “Alright Jake, this is what you asked for,” and he flipped.

Billy Currington, “Don’t It” (Copperman, Ashley Gorley, Jaren Johnston)
I had the beat and a bed of the music and I always flip through vibes when people come in, and Jaren and Ashley were like, “Oh my gosh, yes.” So we just started rolling. We started throwing out all these crazy things like “bring on it,” “ring on it.” I feel like we just wrote down all the things that rhyme with “don’t it.” [Laughs] I really could not wrap my head around the line “bring on it,” and Ashley and Jaren still give me such a hard time about it, because I was like, “Bring on it? Who says that? We can’t use that.” And now that’s everybody’s favorite line. What does that even mean?

A Thousand Horses, “Smoke” (Copperman, Michael Hobby, Jon Nite)
Sometimes songs slip through at the last minute, and this was a couple of days before the band was going into the studio to record Southernality. Hobby came in with me and and he had a Blackberry Smoke hat on. We were sitting there writing and just couldn’t figure it out, and we sat there for like an hour just messing with ideas. Finally I looked at his hat and was like, “Smoke! We gotta do ‘Smoke’ about a girl.”

Brett Eldredge, “Lose My Mind” (Copperman, Brett Eldredge, Heather Morgan, Brian Burton, Thomas Callaway, Gian Franco Reverberi, Gian Piero Reverberi)
I think Brett tells it that there was this girl he was obsessed with, and he was going crazy thinking about her and couldn’t sleep. He always wanted to do the straitjacket thing, and the straitjacket image is what really inspired the whole thing. . . Brett’s crazy, he’ll come in beatboxing something and I’ll throw a mic in front of him and start recording him using staplers and whatever I have in my office, or he’ll sing a part to me and be like, “Can you make it sound like this?,” using crazy definitions of what it should sound like. . . In the second verse, we actually went, “You make me craaaazy,” and we sampled that [from Gnarls Barkely’s “Crazy”], so Cee Lo Green and Danger Mouse are co-writers on the song. We ended up giving them a piece just to avoid a Pharell/Marvin Gaye situation. We all learned that lesson.