“When I came to Nashville back in 2007, I was too country for pop and I was too pop for country. I was kind of just sitting. I didn’t know what to do really,” says country up-and-comer Jimmie Allen, calling from a radio tour stop in Las Vegas. The Delaware native has been all over the country in the past few weeks visiting radio stations, on the strength of his single “Best Shot,” a soulful, acoustic love song that recently was the second most-added track at country radio – no small feat for a brand-new artist.

Allen is one of a growing contingent of country singers, like Sam Hunt, Maren Morris and Thomas Rhett, who incorporate elements of pop, R&B and rock into their own Nashville sound. But while Allen may still be a relative unknown to listeners, he’s been working hard to break into the industry for more than a decade.

“Luckily, a lot of artists helped push the genre in a different direction to where it’s still country and there’s still a story there,” he says. “We’re still country boys doing the music, but our influences are different than a lot of the artists that we grew up listening to in country. I feel like now it’s more acceptable to make country music with more of a progressive, pop-rock production to it.”

Allen signed with BBR Music Group/BMG in late summer 2017, with BBR EVP Jon Loba remarking at the time that the decision was one of the fastest they ever made at the label. That success wasn’t overnight though, Allen likes to reinforce. Prior to joining the home of artists like Jason Aldean and Kid Rock, he put in his time as a hustling songwriter via his publishing deal with Wide Open Music.

“It was about 11 years of being in Nashville whittled down to just six months,” Allen says. “I think it’s just waiting on your opportunity and being ready. The first 10 years in Nashville for me were just artist development, trying to find my sound and get comfortable with who I am. It also felt like waiting for the genre to change a little bit so there was space for what I did.”

In October 2017, Allen released a five-song self-titled EP. But he and his team purposely didn’t promote the project in any significant way, instead letting the music find a fan base on its own via word of mouth. The strategy worked, and the track “Blue Jean Baby” became a fast-moving streaming hit, landing on Spotify’s United States Viral 50 chart.

“When it got to Number Eight and I was looking at some of the people on the [chart] I was like, ‘You mean more people are spinning my songs than this artist or that artist?'” he says, before joking, “I have successfully conned everybody into thinking I have good music.” 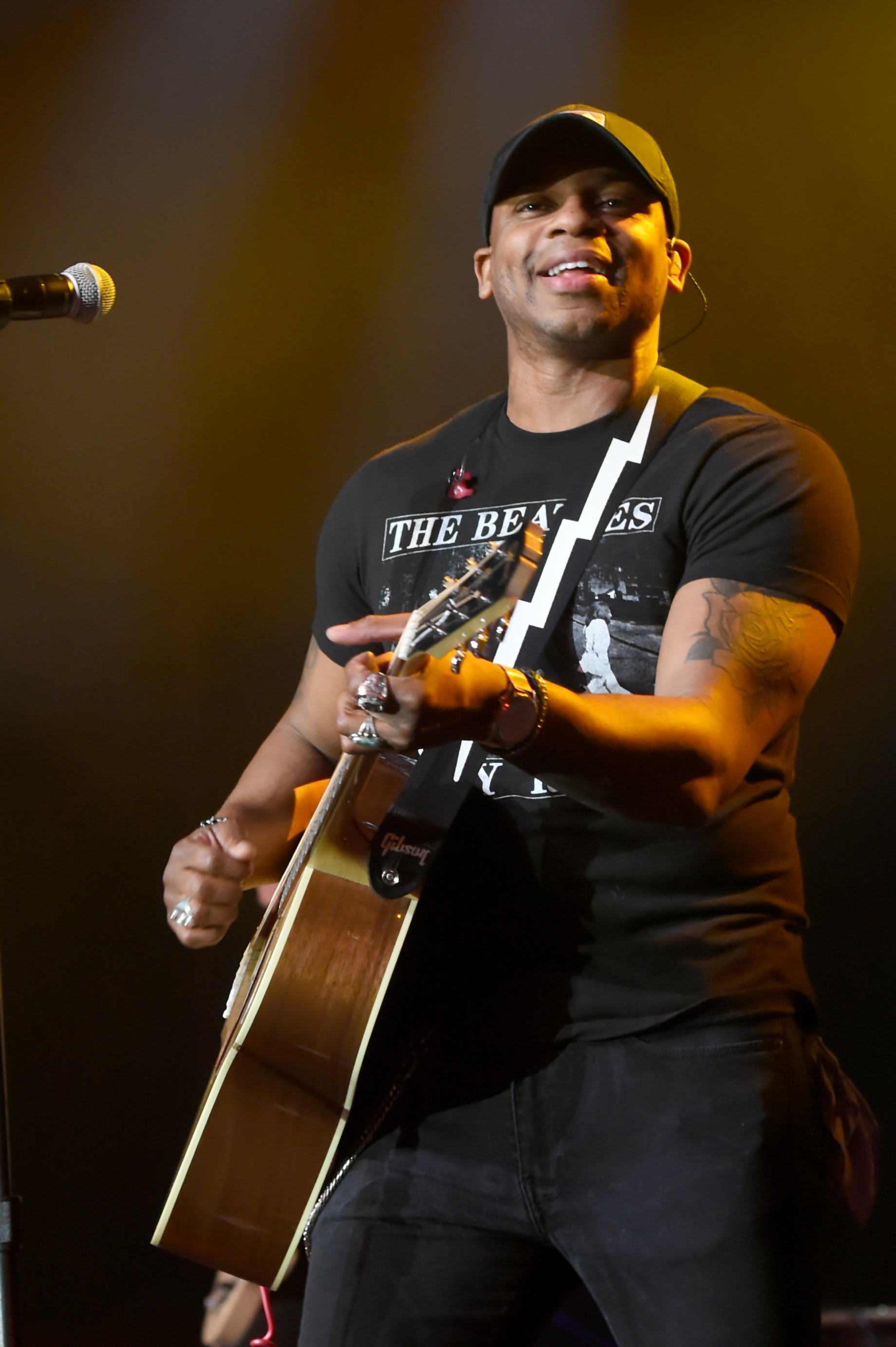 When considering the success of “Blue Jean Baby” – and now “Best Shot” – Allen is still a bit bewildered. It’s hard for him to shake memories of those early years as an outlier, though he has no doubt that the heart he’s poured into these songs is a big part of what has connected him to his growing legion of fans.

Perhaps those are the elements that are making “Best Shot” such a success, too. But Allen is quick to give credit for that song to his late grandmother, whose advice helped inspire the message of being one’s best self for a romantic partner.

“My grandma, she would always say, ‘At the end of the day, women just want to know you care and you’re trying consistently,'” he says. “I wanted to take all the things I learned from my grandma and my mistakes, and I wanted to do better and I put it in a song: ‘No matter how hard it gets, I’ll always give you my best shot.'”