Jessie Baylin knew something was up when she was recording Strawberry Wind, her forthcoming children’s album, out April 27th. Her old Levi jeans were starting to get a little snug as she laid down tracks with producer Richard Swift, and soon she found out that the spring would find her birthing not only a new LP, but also a new baby. Though it wasn’t the plan, being pregnant while recording an album made for kids – though one adults can easily enjoy – is a perfect chain of events for an artist unafraid to put her motherhood on full display in her work.

“It’s the truth of my life right now,” Baylin tells Rolling Stone Country about motherhood – she and her husband, Nathan Followill of Kings of Leon, are also parents to a four-year-old girl, Violet. “It feels very natural to talk about, and something I should be talking about. I got pregnant through the process [of making the album], and it feels like divine timing. I don’t want [motherhood] to completely define me, because I felt like the message was more vast, but once I started writing these songs, it was, ‘oh this is exactly what needs to be happening for me. I can own all of this and get behind it completely.'”

What makes Strawberry Wind different is that it approaches children’s music in a way that trusts kids to be more mature than we give them credit for, and lets adults be more whimsical than usually permitted. Songs like “Supermoon,” premiering exclusively on Rolling Stone Country with a visually vibrant video directed by Steven Mertens, is a taste of this unique, youthful dreamland and part of a five-song mini-film that will accompany the release. More Beatles than Barney, Baylin wrote the song about her love affair with all things lunar.

“I feel like over the past few years, the moon has hired a publicist,” she says. “I’ve never seen so many super moons and blood moons. I’ve always been a fan of the moon. It’s something that holds a lot of magic and mystery, and the song really wrote itself.”

Like Baylin’s 2015 LP Dark Place, which was written as a reaction to the uncharted and sometimes terrifying waters that come with the birth of a child, Strawberry Wind is deeply connected to motherhood, and to the promises and puzzles presented to parents as they navigate raising the next generation. But just as Baylin doesn’t like to sugarcoat reality when it comes to her daughter, Strawberry Wind doesn’t offer up a world that’s drenched in sugarplums and safe from harm: instead, it’s full of both life’s charms and its challenges. “That falls into our family values,” Baylin says. “A lot of the things in politics right now that are dividing people are about personal values. So it’s important to me to explain things to my daughter that I also think are important. She’s really compassionate and kind, and I want to keep her that way.”

If Dark Place was a total eclipse, Strawberry Wind is a full moon: its brightness is inspired by the albums Baylin loves to play for her own daughter, like those by the Beatles, John Lennon, Harry Nilsson and Carole King, and by how she’s always been enchanted with how powerful a force music can be to a young child. “Violet is a very sensitive girl, and it’s not just background music to her,” Baylin says. “She listened to Beyoncé’s Lemonade and says, ‘she sounds very upset!’ and I said, ‘yes, I think she is!’ She is very aware, and can sit at the piano and say something is a sad song, and which are the sad keys. She can feel the difference.”

Violet can easily identify her mother’s voice and her father’s songs – even before the vocals kick in. Strawberry Wind speaks to those sixth-sense powers of music, and offers an antidote to parents who need to reconnect with their childlike selves, too.

“The timing of this feels incredibly important,” Baylin says. “Lord knows we could all use some joy and wonder right now.”

Strawberry Wind will be released April 27th as an Amazon Original album, available exclusively for streaming on Amazon Music Unlimited and Prime Music, as well as on vinyl via Baylin’s own Blonde Rat. 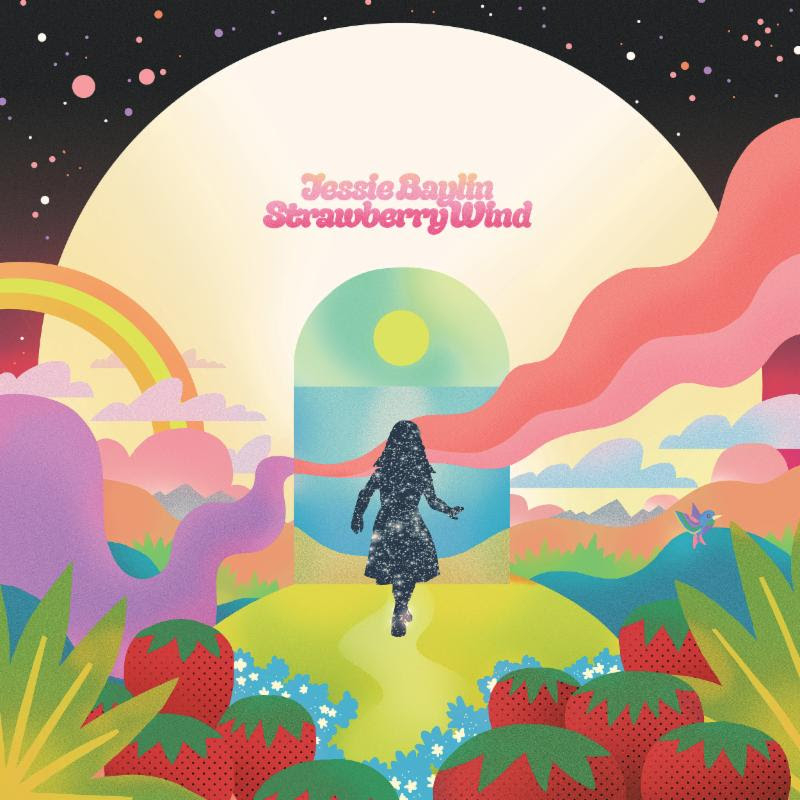