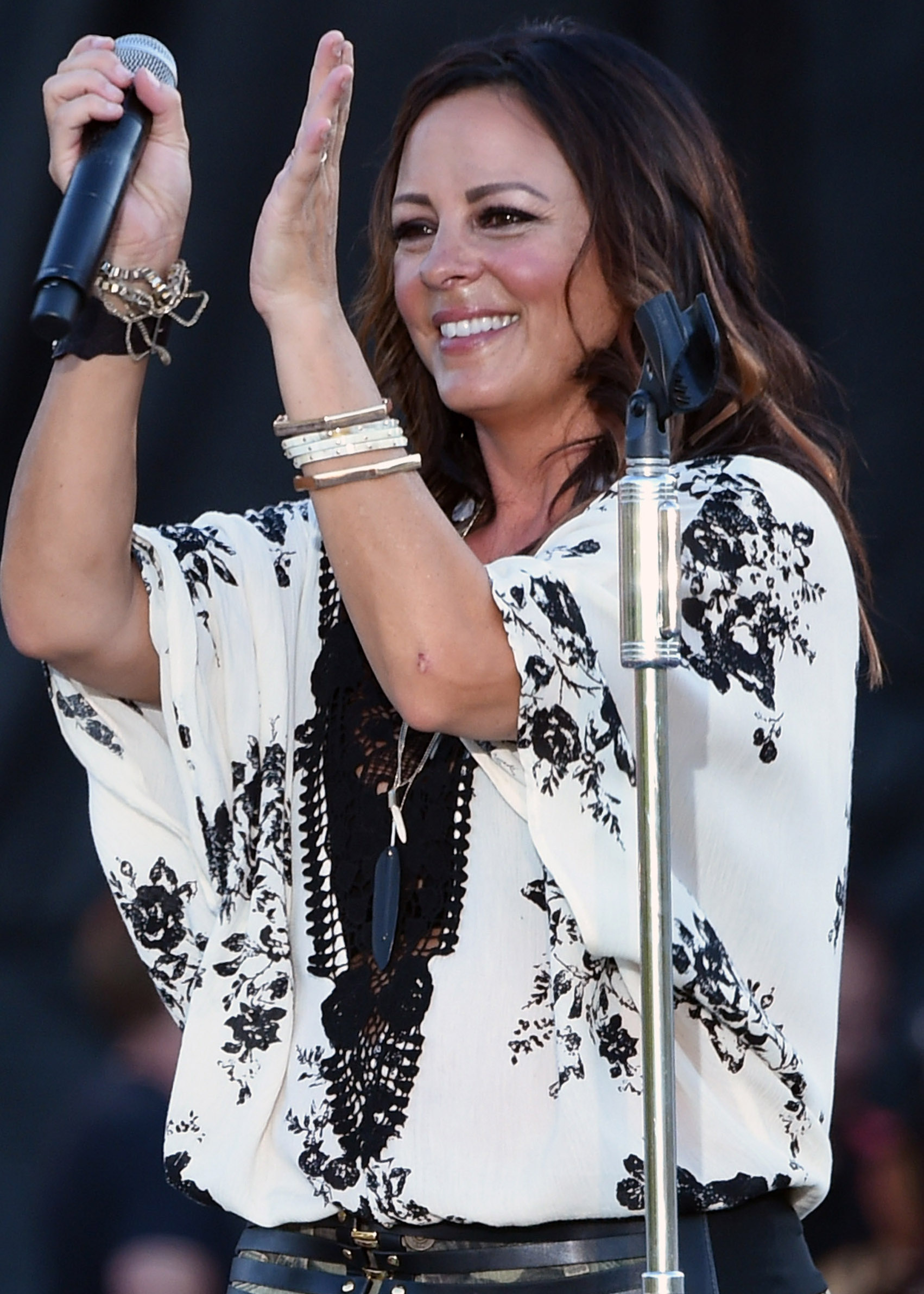 The latest installment of the musical mash-up series CMT Crossroads takes flight next month as REO Speedwagon, the rock band that hit with “Time for Me to Fly,” meets “Born to Fly” country superstar Sara Evans for an episode Evans calls “a dream come true.”

The concert will be taped next Tuesday in front of a live audience at the Factory in Franklin, just south of Nashville, and will premiere Saturday, September 19th, at 10:00 p.m. ET on CMT. This marks Evans’ third appearance on the genre-hopping series. In May 2008, the singer was joined by The Voice coach Adam Levine and his band Maroon 5, and in 2012, she was among the acts on an episode featuring Eagles guitarist Joe Walsh, Kenny Chesney, Brad Paisley, Luke Bryan, Hunter Hayes and ZZ Top’s Billy Gibbons.

“We met Sara Evans when REO played with Brad Paisley at the Sony Music Nashville annual cruise and we all became fast friends,” REO Speedwagon lead singer Kevin Cronin says in a statement. “When we got the offer to do CMT Crossroads with her we jumped at the chance to hear Sara’s sweet voice on our songs, and to put our spin on hers. Sara put me at ease right away and her energy is contagious.”

“I’ve been a huge fan of REO Speedwagon for as long as I can remember,” Evans notes. “Their songs have been a part of the soundtrack of my life.”

The episode will mark the 52nd installment of the network’s music series since it first debuted in January 2002 with Lucinda Williams and Elvis Costello. Other artists who have appeared more than once include Kenny Chesney and Martina McBride. Earlier this summer, the most recent Crossroads pairing took place as Southern rockers Lynyrd Skynyrd shared the stage with Brantley Gilbert. In 2014 alone, the series spotlighted Dierks Bentley and OneRepublic, Kacey Musgraves and Katy Perry, and Lee Ann Womack and John Legend.

First formed in 1967, REO Speedwagon features Cronin and bandmates Bruce Hall (bass), Neal Doughty (keyboards), Dave Amato (lead guitar) and Bryan Hitt (drums). To date the group has sold more than 22 million albums in the U.S. and 40 million worldwide. Their classic 1981 LP Hi Infidelity has sold in excess of nine million copies and logged 15 weeks atop the Billboard album chart, thanks to the success of their Number One smash “Keep on Loving You.” One year later, they scored another chart-topper with yet another power ballad, “Can’t Fight This Feeling.” Evans’ most recent studio LP, Slow Me Down, was released in March 2014, followed by a Christmas collection later that year.