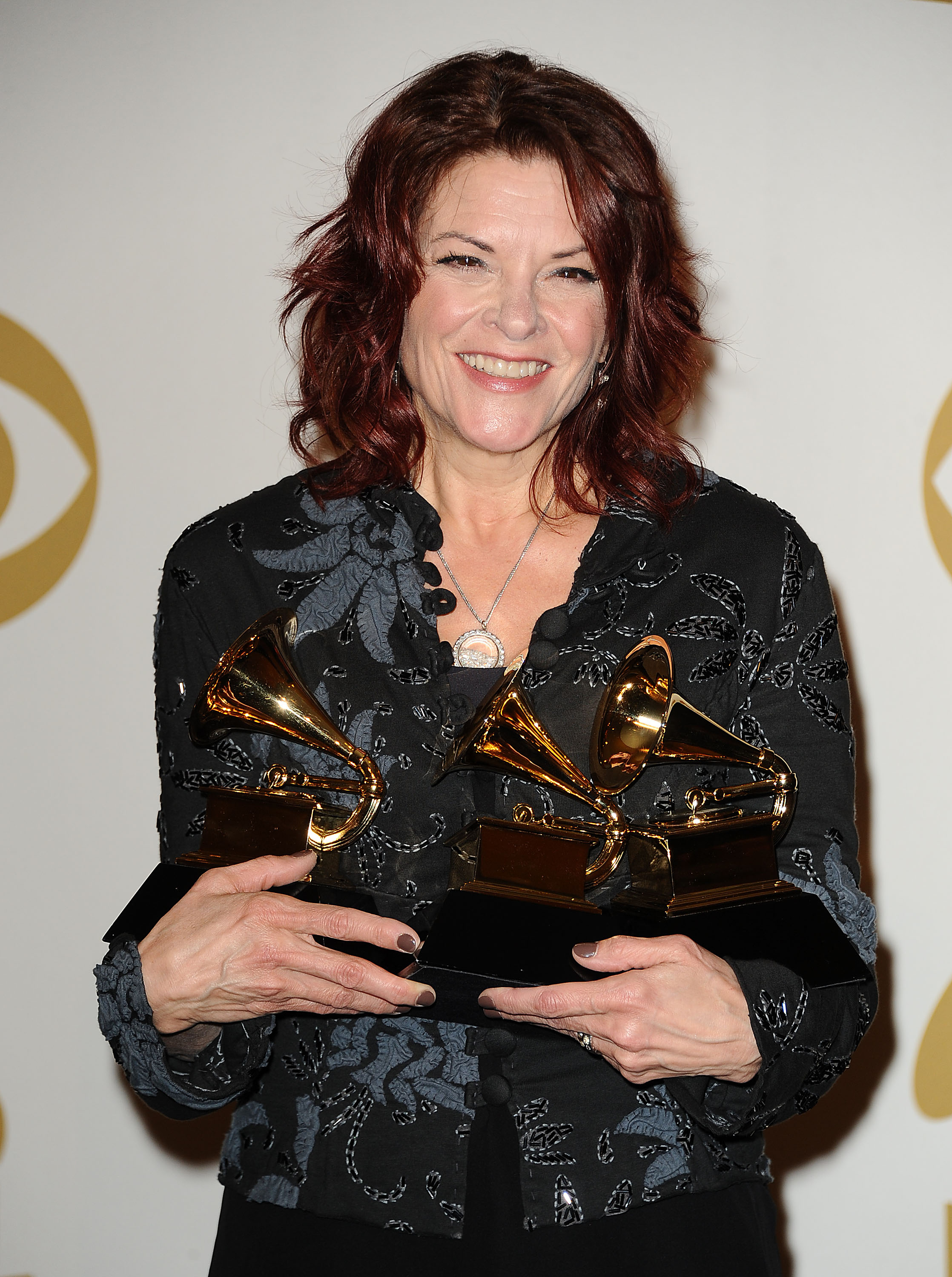 “Ray Charles said, ‘You’re a better singer at 50 than you are at 30, because your whole life shows up in your voice,'” Rosanne Cash recited upon accepting her third Grammy award Sunday night, and fourth of her career. Best Americana Album, Best American Roots Performance and Best American Roots Song were the singer-songwriter’s first Grammy victories “since Reagan was president,” she joked, referring to her 1986 win for “I Don’t Know Why You Don’t Want Me.” Cash was 30 years old taking home her first gramophone, and now, at 50-something, she echoes the late legend’s sentiments about not only musical maturity, but also career confidence.

“It doesn’t make me nervous anymore, or feel like I have something to live up to, or that I don’t deserve it,” she tells Rolling Stone Country of the difference in her mindset at the 2015 Grammys, versus the 1986 show. “At this point, after showing up for work for 35 years, I do deserve it! [Laughs] It’s nice to be acknowledged. When your whole career is laid out in front of you and you don’t know what’s going to happen, I guess I felt pressure 30 years ago. And now — this is a weird thing to say for somebody in the fourth decade of her career, but it feels encouraging.”

Her Grammy sweep, for the exquisitely profound The River & the Thread album and its lead track, “A Feather’s Not a Bird,” was also a triumph for Americana and American Roots music as a whole. While Sam Smith was the 2015 Grammy leader with four trophies, Cash was in elite company alongside Beyoncé, Beck and Pharrell with three wins apiece. Cash’s name in Grammy headlines brings awareness to an often overlooked — and hugely influential — genre.

“I can’t imagine that people wouldn’t understand how important American Roots music is to our national self-identity, in the same way Celtic music is for the Irish and Scots. It’s in our core DNA,” says Cash. “It’s not as splashy, there are no dancers… but it’s important!”

The River and the Thread pays homage to the pioneers of American Roots music. Its lyrical storylines — most told in the third person — were largely inspired by the musician’s travels through the South with husband/collaborator John Leventhal. Driving through Alabama, Arkansas, Tennessee and Virginia, Cash visited spots not only sentimental to her own family tree but crucial to music history books.

“It was about a bigger sense of home and our rootedness to the music, what we owe to the Delta and Appalachia, musically. Our past and future, and how they connect musically and spiritually. . . These characters and how powerful the geography itself is,” says the Memphis native, who now lives in New York. “It was bigger than my travels.”

Leventhal couldn’t make the west coast trip this week due to recent back surgery, so Cash’s son, Jake was her Grammy date. “My children went ballistic,” she laughs of her five kids’ response to her back-to-back wins. “I had 93 texts when I walked off stage — I’m not exaggerating! It was just great. The kids were bawling. It felt like the whole family was included.”

Cash is currently on tour in support of The River & the Thread. She says she hasn’t quite started thinking about a direction for her next album, but her pen is never far. In fact, she’s just recently written a few tunes with fellow Grammy-winner T Bone Burnett to be featured on the hit HBO show, True Detective.