Pickathon celebrated its 20th anniversary this past weekend. To put this in sharp perspective, Portland, Oregon’s four-day musical shindig has been around longer than either Bonnaroo or Coachella, the two standard-bearers in American music festivals. But despite its age, Pickathon doesn’t attract the same kind of attention as its peers — and that’s by design. Tucked away on a farm nestled in the woods of the Pacific Northwest, it’s a hard-to-find festival, with some stages requiring literal hikes to access. But its ruggedness is part of the charm, along with a healthy dose of progressive politics, environmental causes and hourlong-minimum sets by the invited artists, who often hang around for multiple performances throughout the weekend.

Hardly strictly an Americana festival, this past weekend was anchored by indie-rock stalwarts like Built to Spill and Broken Social Scene, featured the return of the Phosphorescent, and made room for artists as diverse as Arab-American punkers Haram and soul-gospel vets Blind Boys of Alabama. Here’s the 10 best sets we saw at the annual fest in the forest. 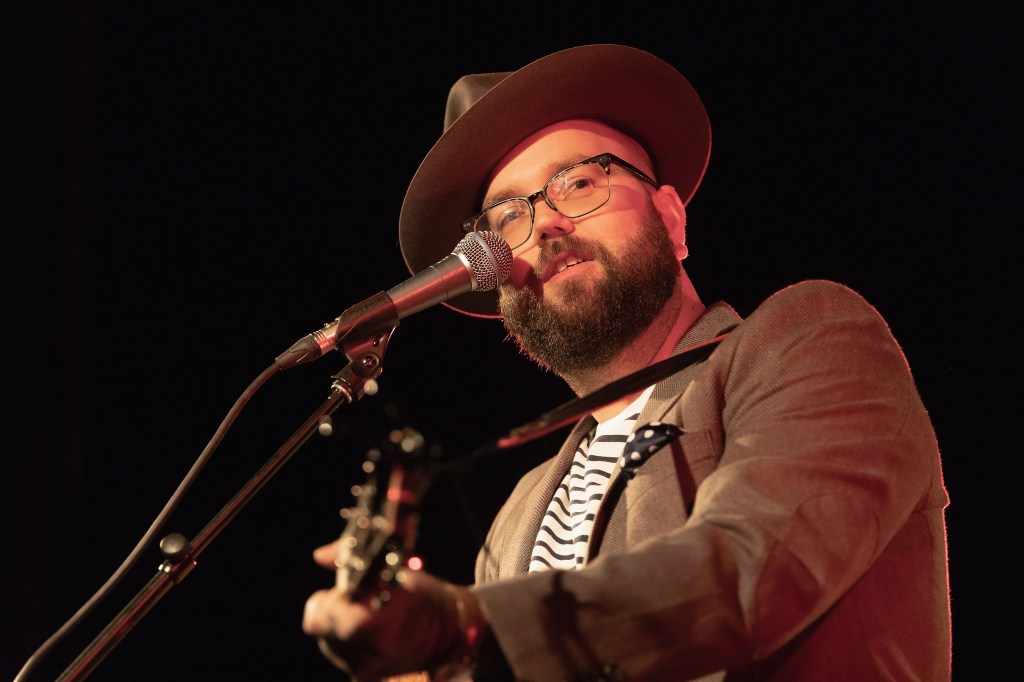 Joshua Hedley
Joshua Hedley calls himself “Mr. Jukebox,” so maybe it’s not a surprise that he opened up his Thursday night set with Willie Nelson’s “Night Life,” a song all good country bands should know how to play. Its appearance at the outset of Hedley’s performance, heavy on songs from his debut album Mr. Jukebox, set the pace for a show that made the sweaty Galaxy Barn feel like a classic beer joint. Hedley and his band make no apologies for adhering to a Sixties country aesthetic, nor do they attempt to treat this as anything other than just another gig on a long road. But that’s their appeal: a working band delivering the goods night after night. 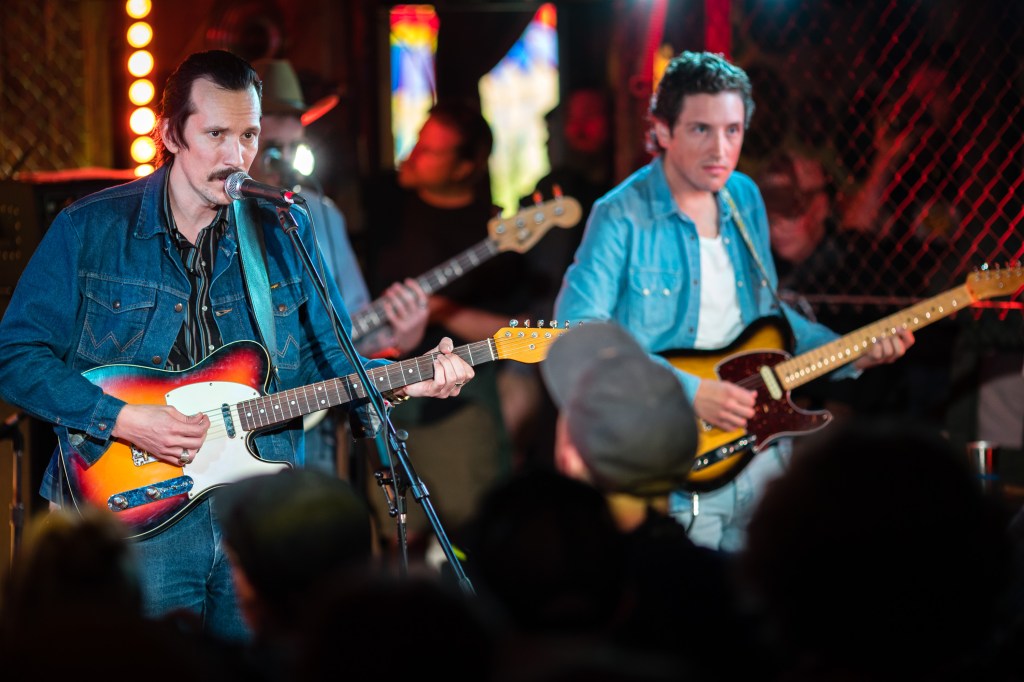 Zephaniah OHora
Zephaniah Ohora hails from the Big Apple but his heart belongs to Bakersfield. Specifically, Ohora channeled the spirit of 1970s Merle Haggard at Pickathon while nodding to Hag’s peers: he asked for some echo before laying into Red Simpson’s “Truck Driving Fool,” wryly noting, “I’ll settle for Capitol Records reverb.” Fronting a razor-sharp band, Ohora debuted several killer new songs at the Galaxy Barn, including the Jimmie Rodgers-inspired lazy shuffle “Time Won’t Take Its Time With Me.”

I’m With Her
Tucked away on a leafy hiking trail, the branch-laden Woods Stage was the ideal setting for the gentle yet sturdy I’m With Her. The folkie supergroup displayed an easy chemistry that gained additional depth, as Sara Watkins, Sarah Jarosz and Aoife O’Donovan focused on their intertwining instrumental interplay. It also gave the opportunity for some prime covers, including John Hartford’s “Long Hot Summer Day” (always a Watkins favorite) and Vampire Weekend’s “Hannah Hunt,” which received an inventive reinterpretation ideal for this genre-bending festival. 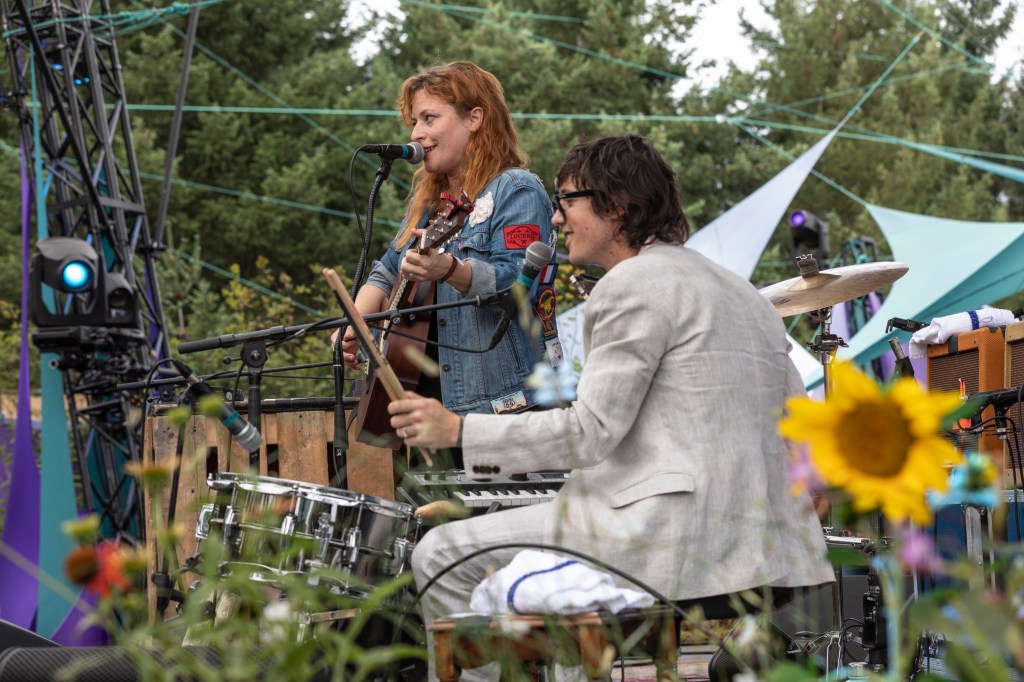 Shovels & Rope
Shovels & Rope filled out Mt. Hood, Pickathon’s largest stage, with a huge sound that was even tougher live than it comes across on record. Michael Trent and Cary Ann Hearst seemed markedly larger than a duo, a trick accomplished by frequently switching instruments and sometimes bashing away on drums with a furious purpose. Yet when the volume was lowered and the songs turned intimate, Shovels & Rope retained a sweep that was nearly cinematic. 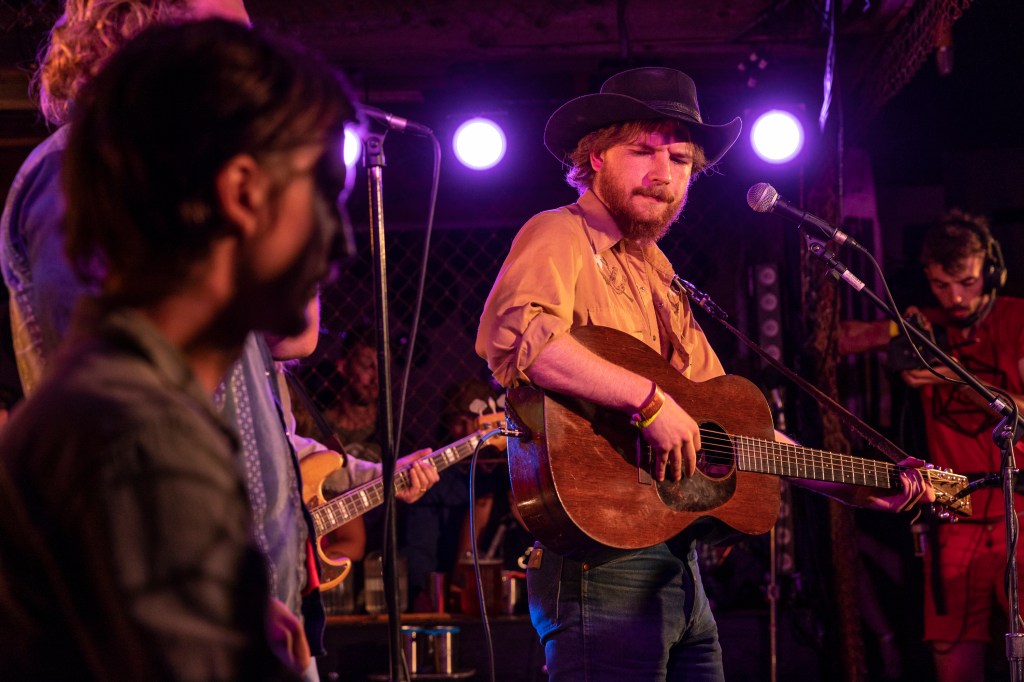 Colter Wall
Colter Wall evoked the ghost of Johnny Cash, both with his deep voice and the train-track rhythms of his band. But once that initial impression faded, what resonated was how impressionistic Wall’s music is. While his storytelling can be clear-cut, there’s a steady-rolling feel to his band that lent the songs picturesque gravity, an impression heightened by the colorful support of harmonica player Jake Groves. Unlike fellow Pickathoner Charley Crockett, Colter Wall doesn’t make music for dancing: this is music that demands intent listening, which is why it was ideally suited for the leafy confines of the Woods Stage.

Cut Worms
Max Clarke — the singer-songwriter at the center of Brooklyn’s Cut Worms — didn’t hide his affection for vintage rock & roll, making his connection to pre-Beatles pop plain by covering Rick Nelson’s “It’s Up to You.” His original material was often draped in a similar sense of heartbroken melancholy, but Cut Worms the band really took off when Clarke allowed them to indulge their vintage reverb and shambling tempos, achieving a kind of bruised grace in front of a rapt crowd. 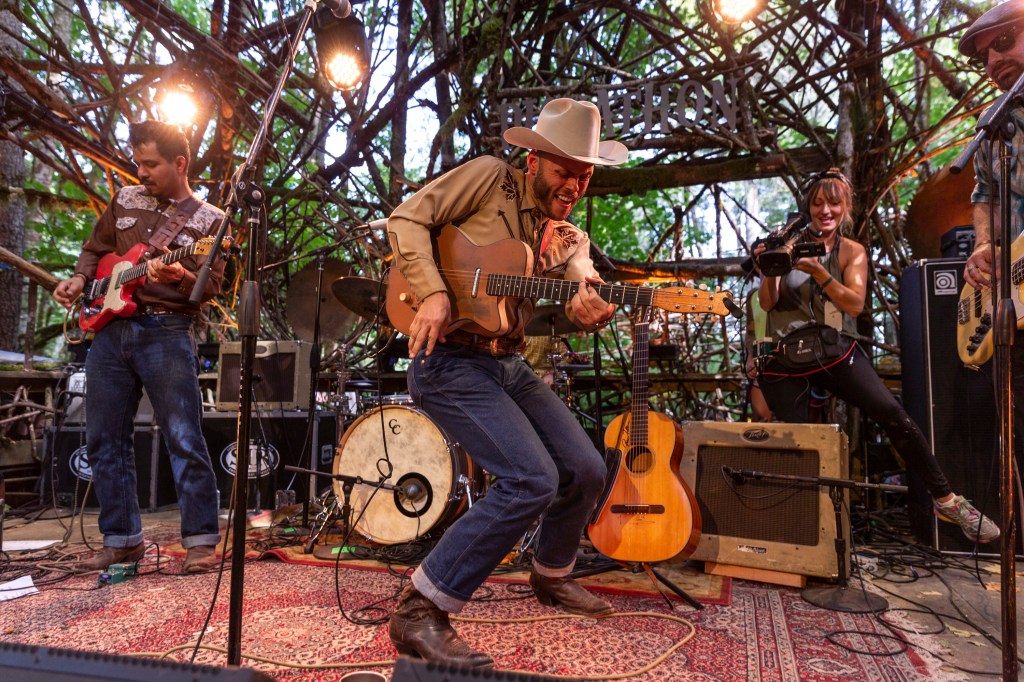 Charley Crockett
Whether they’re strolling through a lazy blues shuffle or tearing it up on a country number, Charley Crockett and his Blues Drifters swing, making music that’s designed for dancing. Their Galaxy Stage set was such a raucous good time that it took a minute to realize how expert Crockett is in snatching elements of Tex-Mex, Louisiana R&B, honky-tonk and jazz to create his own distinctive roots gumbo. Sometimes that versatility was pushed to the forefront — particularly when a trumpet was blaring or Crockett was playing with his vocal phrasing with a fearlessness worthy of Willie Nelson. But instrumental acumen wasn’t the point of the set: Crockett was at Pickathon to party, and mixed covers of Webb Pierce, T Bone Walker and Tom T. Hall with cuts off his latest album Lonesome As a Shadow. In all, an openhearted, generous blast.

Low Cut Connie
Early on in Low Cut Connie’s Friday set at the Galaxy Barn, Adam Weiner surveyed the crowd and noted, “It’s pretty pungent in here already.” But fans proceeded to work up a greater sweat as the Philly band pounded out a set that sacrificed their prettier moments (their recent single “Beverly” was MIA) in favor of gutbucket rock & roll and soulful boogie. It was party music and Weiner delivered in kind, acting as a ringleader for both his band and audience, refusing to let anybody in his immediate vicinity stand still. An old-fashioned rock show, the wild gig stood in stark contrast to the legions of introspective singer-songwriters at Pickathon.

Paul Cauthen
There’s never a question whether Paul Cauthen means what he plays. He possesses an intensity that can sometimes read as a glower, which is why it was fun to see him get funkier onstage than he does on records. Sometimes there were deliberately light moments — like the group whistling during “Resignation” — but Cauthen and company played for keeps, delivering his sinewy shuffles and updated outlaw anthems with a wicked punch. 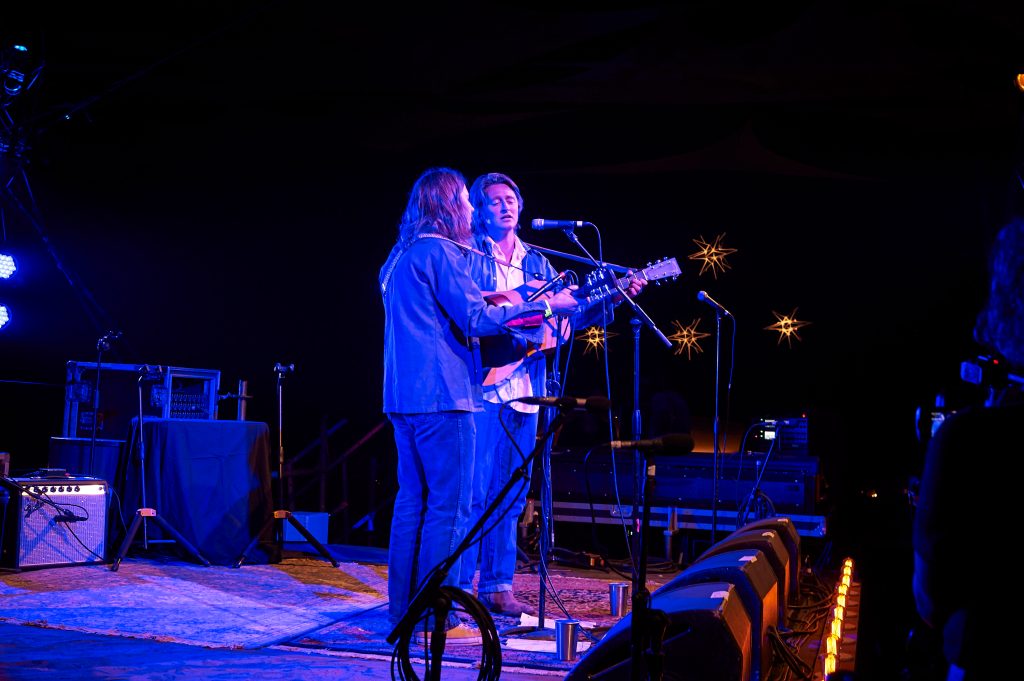 Mapache
Mapache clearly love the Everly Brothers, replicating their close harmonies and light touch in songs like “Chico River” during their Starlight Stage set on Thursday. There was a nimbleness in the L.A. duo’s melodicism that kept the music mesmerizing, but they weren’t afraid to throw a curveball either. Like reinforcing whispered sweet nothings with Mariachi rhythms, or crooning a murder ballad where malevolence seems like an afterthought. For Mapache’s Pickathon set, sweetness was the greatest strength.