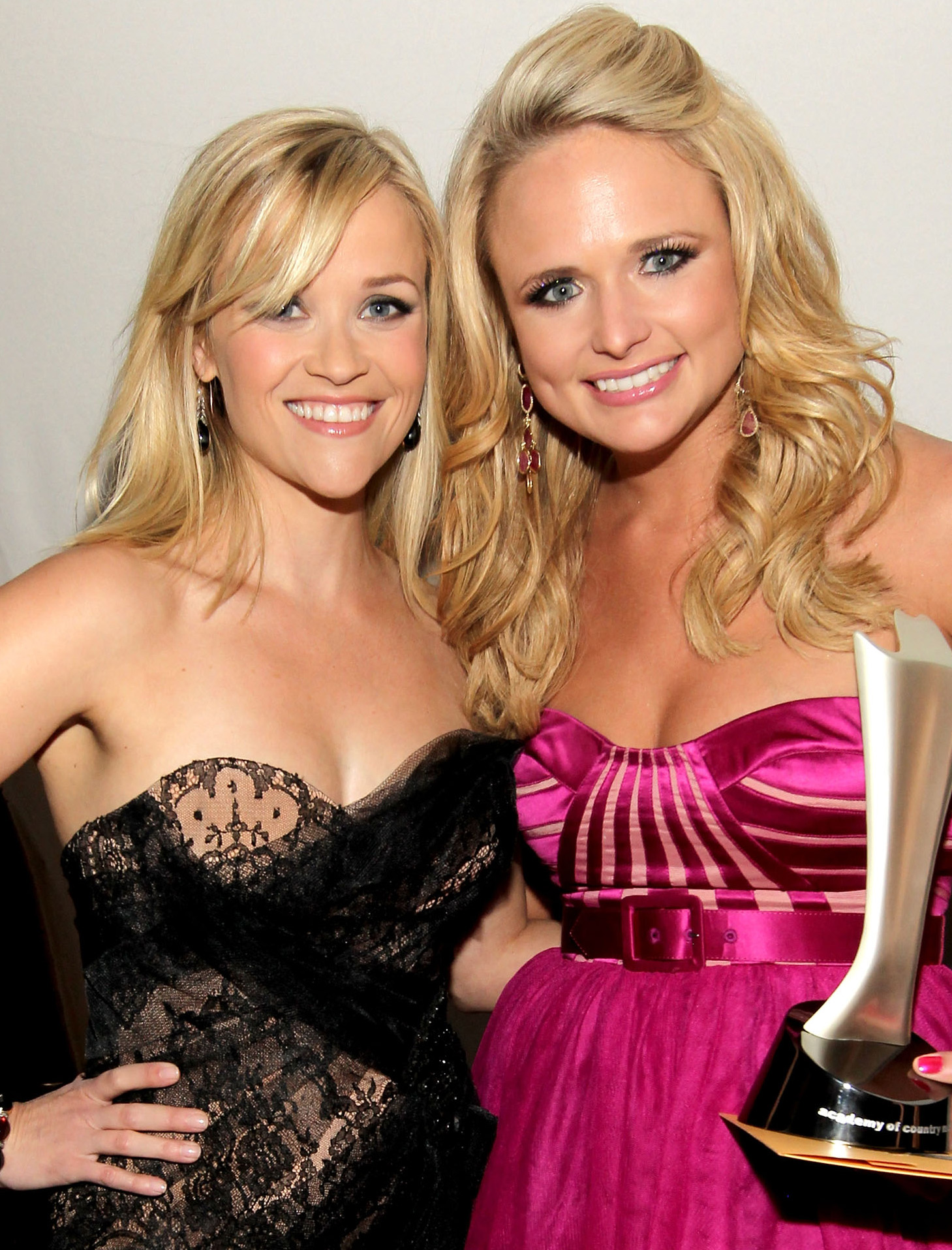 After pulling off a heist with Carrie Underwood in the music video for “Somethin’ Bad,” Miranda Lambert is returning to her law-breaking ways with a new song, “Two of a Crime.” The “Little Red Wagon” singer wrote the tune especially for the upcoming Reese Witherspoon and Sofía Vergara comedy Hot Pursuit. An odd-couple broad comedy, Witherspoon stars as a green police officer protecting Vergara’s character from a drug cartel and dirty cops.

Lambert told Ryan Seacrest yesterday during his On Air radio program that the Walk the Line actress asked her directly to contribute to Hot Pursuit‘s soundtrack. “Reese texted me and told me about the movie and wanted me to write something or sing or both. I got inspired,” she said. “It was a bit of a Thelma and Louise theme and that’s totally up my alley. It is really so fun to be part of it.”

The song marks the first time that Lambert, who is nominated for Entertainer of the Year at this Sunday’s 50th Annual Academy of Country Music Awards, has penned something expressly for the big screen. “Two of a Crime,” written with Natalie Hemby and Nicolle Galyon, will go to iTunes on April 28th, a week ahead of Hot Pursuit‘s May 8th release. Lambert said that Witherspoon’s only instructions were that the song should have a “Southern and a Latin flavor.”

Lambert’s last contribution to TV and film was in 2012, when she guest starred as an actress assaulted by a reality-TV producer in an episode of Law & Order: Special Victims Unit.