The Avett Brothers and Widespread Panic will headline the 2021 Mempho Music Festival, a three-day live-concert gathering at the Memphis Botanic Garden in Memphis held October 1st through 3rd.

Along with the Avetts and Widespread Panic, who will play two of the three nights, the lineup includes Nathaniel Rateliff & the Night Sweats, Lucinda Williams, and Black Pumas, and Memphis-based acts like the City Champs and Liz Brasher. Moon Taxi, Julien Baker, Christone “Kingfish” Ingram, Andy Frasco & the U.N., Southern Avenue, Dirty Streets, Will Hoge, and Waxahatchee — whose Saint Cloud was one of the best releases of 2020 — are also performing. Additional artists will be announced at a later date.

After debuting at Shelby Farms Park, the fourth installment of Mempho Fest moves to a new venue, the Radians Amphitheater in Memphis Audubon Park. Tickets for the festival are on sale now. A release announcing the lineup stressed that fan safety and health is the “top priority.” “The festival is working closely with local and state health officials to ensure a safe and unparalleled experience for all attendees,” it read.

The Mempho Fest announcement arrives on the same day that another Tennessee-based festival heralded its lineup: Pilgrimage Music & Cultural Festival returns to Franklin, Tennessee, in September and features the Black Keys, Dave Matthews Band, and Maren Morris on the bill. 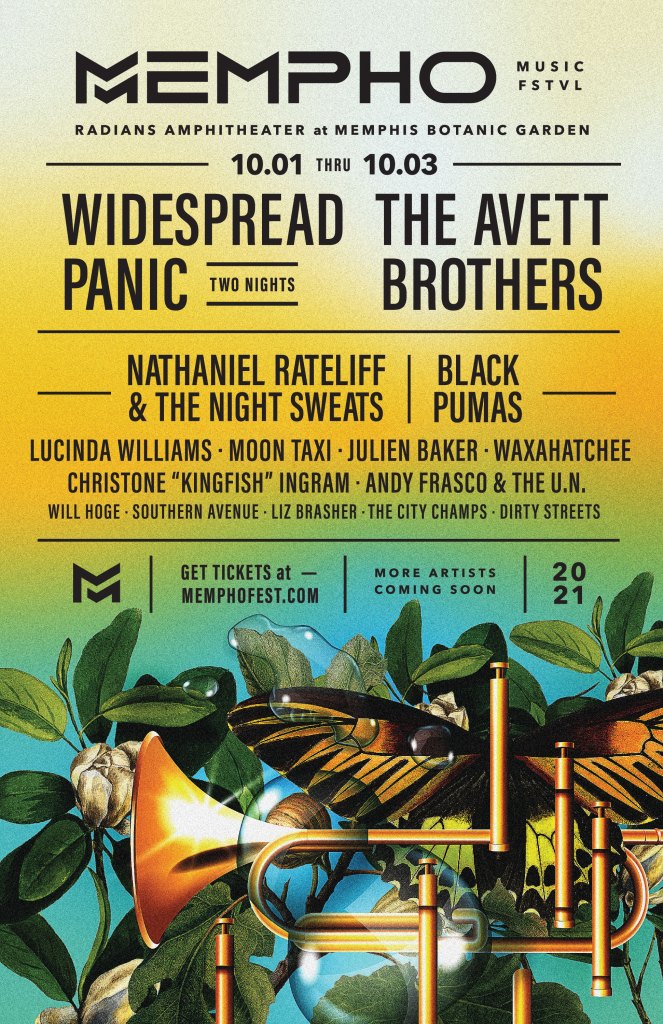