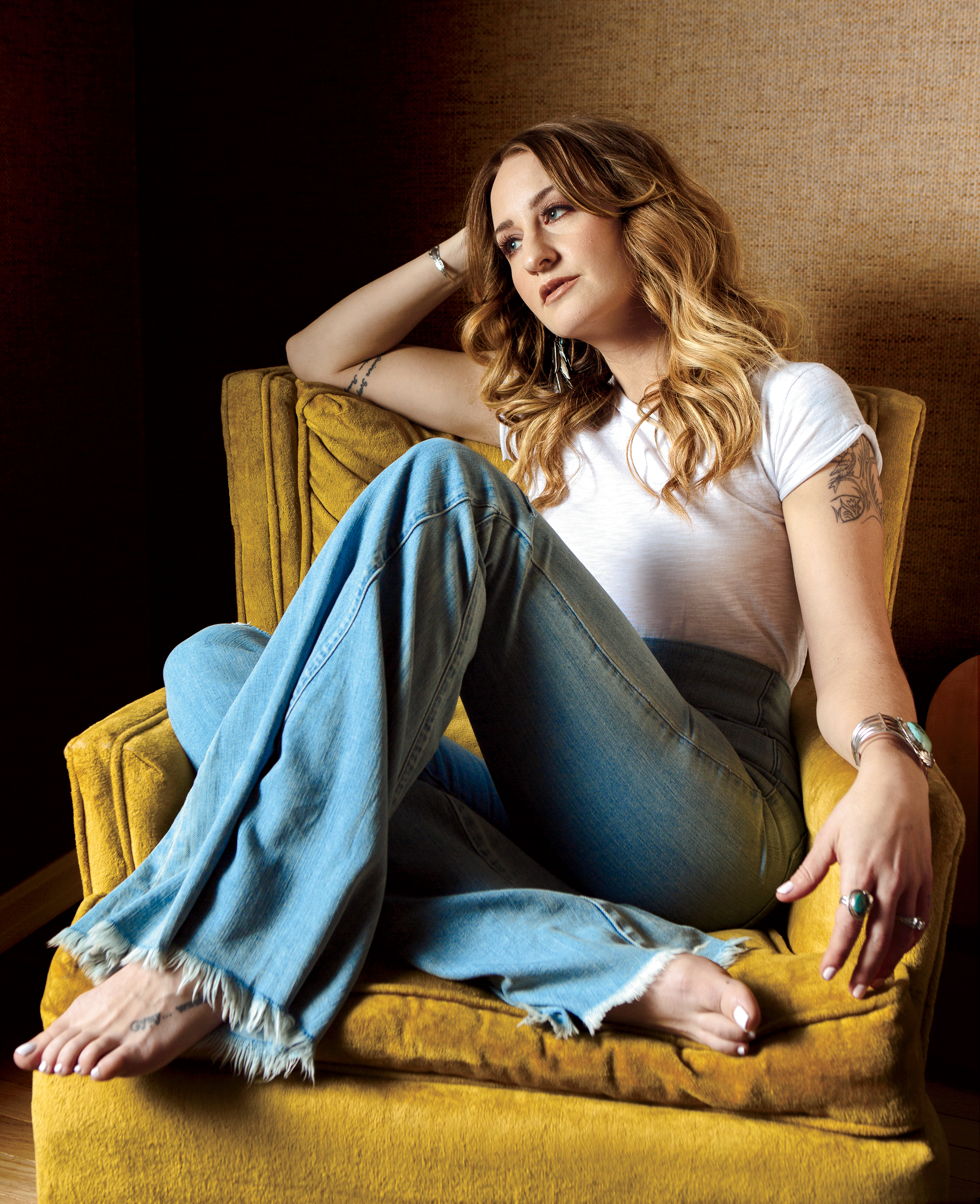 A few days ago, Margo Price’s husband, Jeremy, and her seven-year-old son, Judah, discovered a moonshine barrel on a hill behind their brand-new home, located 20 minutes from downtown Nashville. “I went, ‘I gotta see this. I can’t be left out,’ ” Price says, milling around her retro wooden kitchen in jeans, a white tank top and a denim shirt. She climbed up a steep, stony incline and found it. “Then I saw eight more, just built into the ground,” she says. “It was really surreal.” Price’s area, she learned, was once heavy bootlegger territory. She jokes about bringing the barrels out of retirement for a little home brewing.

It makes perfect sense that this discovery would excite Price, whose songs routinely find beauty in scenes of decaying America: dried-up farmland, burned-out factory towns and the people who never escaped. After more than a decade of struggling in Nashville, Price, 34, broke through with 2016’s Midwest Farmer’s Daughter, which chronicled her blue-collar upbringing in rural Illinois as the daughter of a prison guard, and her later struggle to reclaim her life after years of personal devastation, including the death of her infant son Ezra. The album was a critical hit, earning her a spot on Saturday Night Live and duets with her heroes Loretta Lynn and Willie Nelson. Price has emerged as a rare liberal voice in Nashville, blasting Trump, the FCC and the country stars who stayed silent on the issue of gun control after the Route 91 Harvest festival mass shooting in Vegas. Price felt she had to speak up on that issue – her dad would frequently bring home food he’d hunted. “There’s something beautiful about that,” she says. “But we didn’t have high-powered machine guns when this all started.”

Today, Price is worked up about a visitor in town: Donald Trump, who’s about 12 miles south speaking to farmers. “I don’t understand how people think that some rich guy that has been handed everything his whole life knows anything about the struggling working class,” she says. It’s a question that hovers over her new album, All American Made. Recorded remarkably quickly after her debut, it’s looser, funkier and politically sharper than Midwest Farmer’s Daughter. One highlight is “Heart of America,” about how her parents worked on their farm around the clock only to have the government take it away. She was aiming to write a modern-day version of John Prine‘s classic coal-country lament “Paradise.” Like Prine, Price admits to stretching the truth when necessary. “[Prine’s] family said, ‘That’s not actually how it went,’ ” she says. “And he said, ‘Well, it rhymes, so fuck it.’ ”

“Women are not going to put up with shit anymore, and it’s amazing.”

Price’s success has given her plenty of new topics to write about. She calls out gender wage inequality on “Pay Gap,” a honky-tonk waltz written after she discovered she’d been paid less than a similarly famous male performer at a festival gig. On “Wild Women,” she chronicles her hedonistic life on the road – and the hypocrisy she’s experienced getting called out for it. (“All the men, they run around, and no one bats an eye,” she sings.) “Women are not going to put up with shit anymore, and it’s amazing,” says Price, who last year told Rolling Stone about the time a sleazy manager spiked her drink at a business meeting, an incident that caused her to leave Nashville for a while. “I don’t know when actual equality will come, or if we need to burn more bras, but I’m happy to see some things coming to light, even if they’re kind of painful.”

Price is still getting settled in at home. You can tell what matters to her by what’s been unpacked and what hasn’t: Stacks of cowboy boots sit by the front door; endless notebooks sit on bookshelves; and a Shinola record player, a gift from Chris Stapleton and wife Morgane, shines in the living room. “I broke down and got a flatscreen, but no one has hung it yet,” she says. “I like it better without it, anyway.” She prefers spending time in the backyard, watching her son play; it hasn’t snowed yet, so he’s been riding down the hill on pine needles. “That’s how a Southern boy sleds,” she says. The rural scene reminds her of her own hometown of Aledo, Illinois. “Once the Walmart came in, things hit the big time.”

Her time at home won’t last long. In a couple of weeks, Price kicks off a long tour that includes three nights at Nashville’s famed Ryman Auditorium, which she used to stare at longingly when she waitressed at a bar down the street. She’s already thinking about her next record; she has about 22 songs written, which she describes as being in a “new direction, sonic- and genre-wise.” Her two-LP deal with Jack White’s Third Man Records is up, and major labels have called. “She doesn’t have an off switch,” says her husband. “When she’s on the road, she’s giving everything she has and looking out after her band and crew. When she’s home, she’s taking care of her son and doing laundry.”

“I’ve never seen anything like it, but we’re not complaining,” says Third Man’s Ben Swank. Though she tries to “keep up the Willie mantra” of staying stress-free, the grind is wearing on her. “That’s why I smoke weed all day long,” she says with a laugh.

Another new challenge: navigating her new fame. Price
has been thinking about how to talk to
her son about it, and making sure her family stays humble if her career
continues to take off. She recently found herself in Walmart wondering if she’d
be spotted buying antihistamine medication for the hives she’s been getting
lately. She finishes telling this story, and Jeremy and Judah bound through the
door with takeout burgers and fries. Price smiles. “It ain’t all caviar
and limousines,” she says.