Colorado folk-rock band the Lumineers have announced their second album, Cleopatra. The LP, the follow-up to their Grammy-nominated 2013 self-titled album, will be released on April 8th. The Lumineers also previewed the forthcoming Cleopatra with their first new song in four years, “Ophelia.”

“It’s a heavier record,” frontman Wesley Schultz told Entertainment Weekly about Cleopatra. “A lot of the records that I grew up on were about being transitory; never being stuck. This lifestyle can make you crazy.”

On “Ophelia,” the darker tone of the Lumineers’ new music can be heard within the familiar stomps, claps and harmonies that made their more whimsical “Ho Hey” a hit. “‘Ophelia’ is a vague reference to people falling in love with fame,” Schultz told EW. “That spotlight can seem like an endless buffet, but in reality, you’re just shiny, bright and new to people for a quick moment — and then you have the rest of your life to live.”

Along with the single and album announcement, the Lumineers also revealed Cleopatra‘s track list and the dates for a world tour in support of the LP. Less than a week after the album’s release, the band will kick off their international trek in Bristol, UK and remain in Europe through mid-May. The folk band will be in North America from the end of May through mid-June before playing a pair of dates in Italy in July.

The Lumineers debuted in 2012 with their eponymous album. In 2013, they were nominated for two Grammy Awards, including Best New Artist and Best Americana Album. The album reached Number Two on the Billboard 200 while “Ho Hey” stayed in the Top 10 on the Hot 100 for 14 weeks. 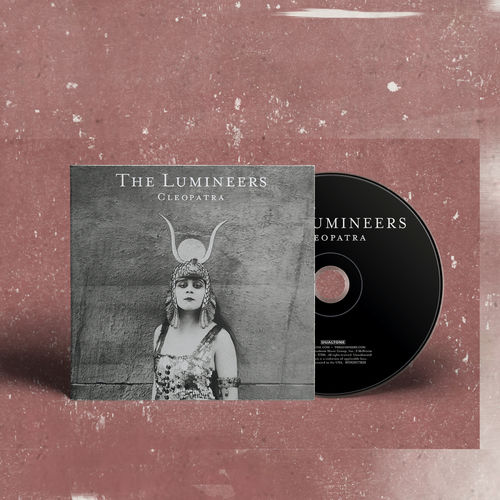