“You can only guess who that might be about,” Lucinda Williams said after a scorching performance of her new song “Man Without a Soul” aboard the fifth annual Outlaw Country Cruise last week. A droning, guitar-driven track, the song doesn’t mention its subject directly, but as Williams alluded, it’s impossible to not pin the lyrics to the impeached President Trump.

“You bring nothing good to this world, beyond a web of cheating and stealing/you hide behind your wall of lies, but it’s coming down/yeah, it’s coming down,” she sings in her idiosyncratic drawl, promising that the story, the presidency, or perhaps the life itself of the man in question won’t conclude in any positive way.

“Man Without a Soul” announces Williams’ latest album, Good Souls Better Angels. Due April 24th via Highway 20/Thirty Tigers, the LP is the follow-up to 2017’s This Sweet Old World (a re-recorded version of Williams’ 1992 album Sweet Old World) and finds the Americana songwriter addressing an array of cultural and political issues, from social media persecution to a nonviable leader. Williams and her husband Tom Overby produced the album with Ray Kennedy, who engineered her 1998 breakout album Car Wheels on a Gravel Road. 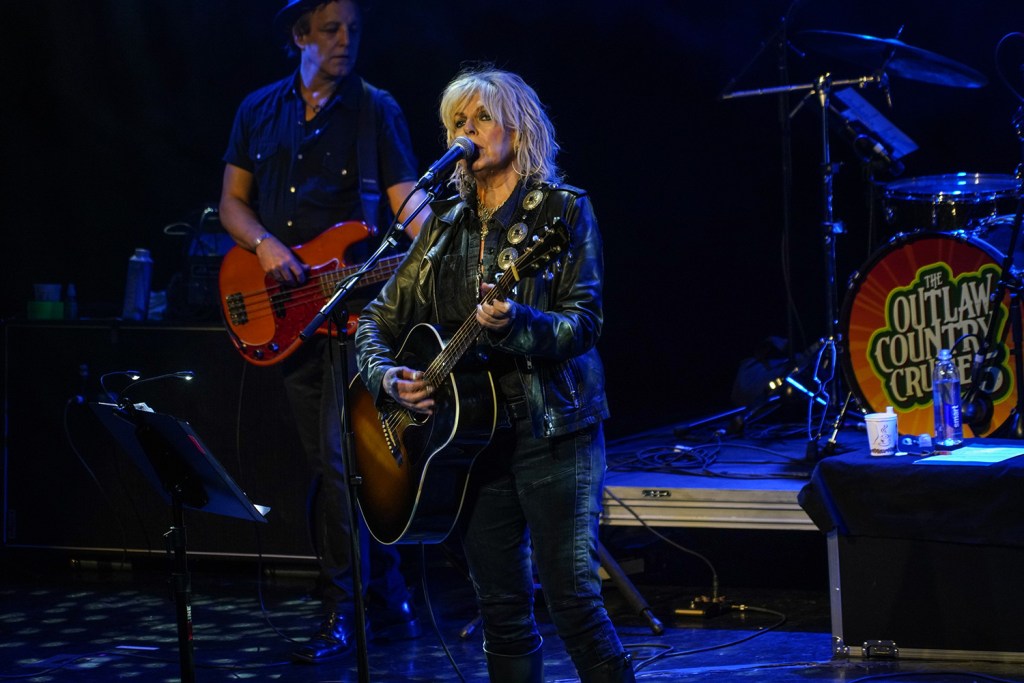 “Ray was getting these great sounds. He has all this vintage equipment,” Williams told Rolling Stone of the Nashville sessions for the album last year. “It really rocks … a lot of stuff that is blues-rocky, edgy, grungy, and political.”

In fact, it’s an undeniable rock record, shot through with elements of the blues and the crunchy guitar work of Stuart Mathis. Drummer Butch Norton and bassist David Sutton, who make up Williams’ band Buick 6 with Mathis, also play on the album.

During the Outlaw Country Cruise, Williams played two full concerts, peppering her sets with new songs off Good Souls Better Angels and staples like 1989’s “Changed the Locks” and Car Wheels‘ “Joy,” along with the brooding “West Memphis,” from 2014’s Down Where the Spirit Meets the Bone. She also shared the stage with Steve Earle, Raul Malo, and Jay Farrar for an intimate guitar pull that will be broadcast later on Sirius XM’s Outlaw Country.

Williams is currently on the road and will play a string of dates in Florida this week with Jesse Malin opening. Williams and Overby produced Malin’s latest album Sunset Kids.