Loretta Lynn is gearing up for her first album release since 2004’s Van Lear Rose. Due March 4th, Full Circle takes a broad look at the First Lady of Country Music’s history and legacy, offering up 13 new recordings that bounce between the Appalachian folksongs she learned as a child to newer versions of past hits like “Fist City.” The tracklist even begins with an updated take on “Whispering Sea,” the first song Lynn ever wrote, which was originally released in 1960 as the B-side to “I’m a Honky Tonk Girl.”

Recorded in the Cash Cabin Studio, which Johnny Cash built on his own spread of Tennessee countryside in the late Seventies, Full Circle was co-produced by daughter Patsy Lynn Russell and family friend John Carter Cash. The result is an album that doesn’t necessarily stretch Lynn’s legs, as the Jack White-produced Van Lear Rose did more than a decade ago, as much as celebrate her strengths.

At 83 years old, Lynn still tours regularly and sings with conviction, and Full Circle serves as a sonic snapshot, capturing a living legend who’d rather record than retire. Two additional legends — Willie Nelson and Elvis Costello — make appearances on the album’s final two tracks, but this is still the Loretta Lynn show, proof there’s plenty of spark left in the Coal Miner’s Daughter.

Whispering Sea (Introduction)
Whispering Sea
Secret Love
Who’s Gonna Miss Me?
Black Jack David
Everybody Wants to Go to Heaven
Always on My Mind
Wine into Water
In the Pines
Band of Gold
Fist City
I Never Will Marry
Everything It Takes (Featuring Elvis Costello)
Lay Me Down (Featuring Willie Nelson) 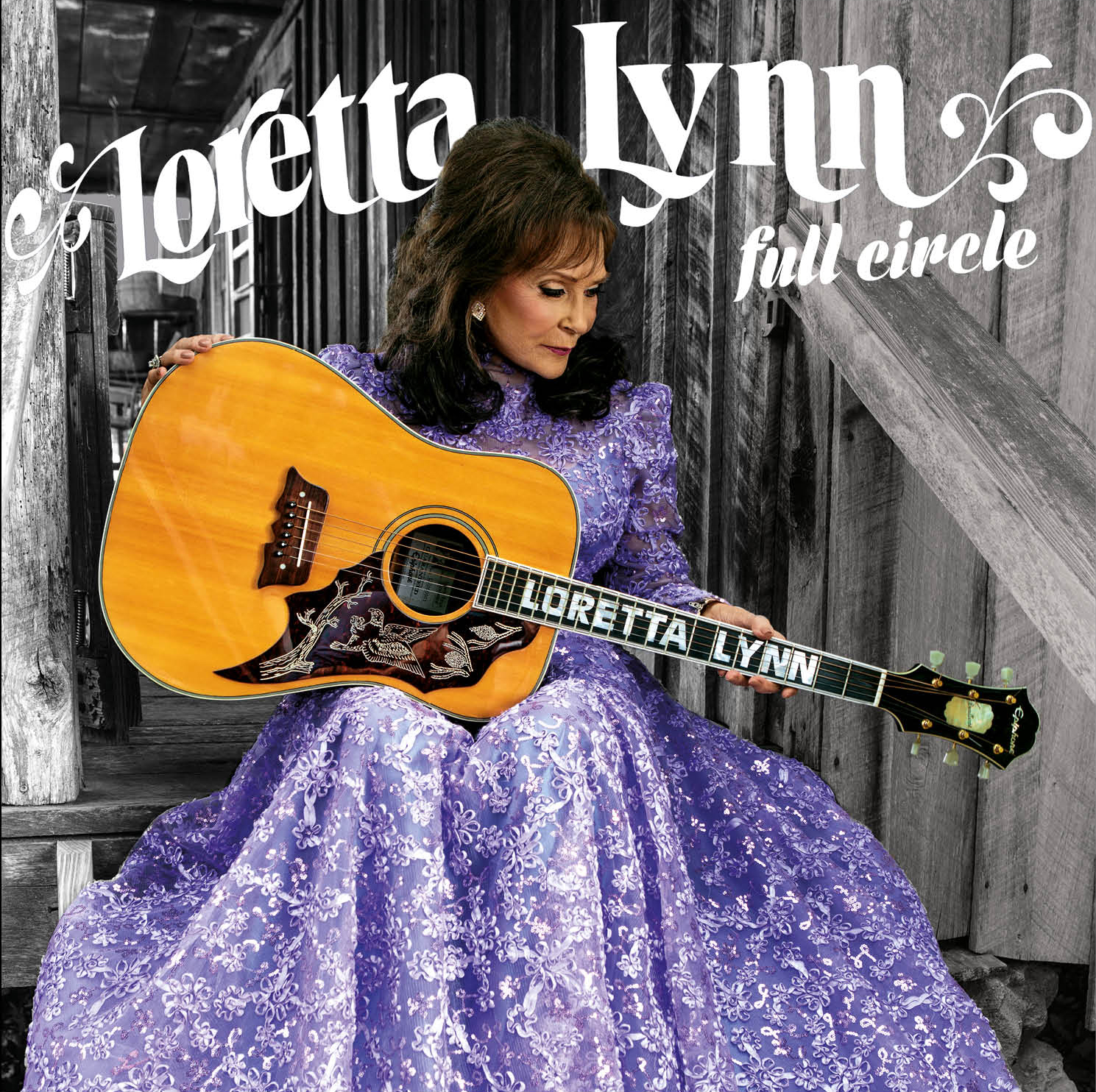