Set in the scenic foothills of Virginia’s Blue Ridge Mountains, Lockn’ is a Grateful Dead-centric festival that in the spirit of jamband culture focuses on unique collaborations between artists on the bill. Former Dead members have appeared in some configuration at every running of the festival since it started in 2013, and this year the event tapped stadium-filling offshoot Dead & Company to headline two nights. Among the many callbacks to the songs of Jerry Garcia, the festival included acts that cover a wide breadth of genres, from rock and blues to Americana and roots reggae. Here are the 10 best things we saw at the 2018 Lockn’ Fest. 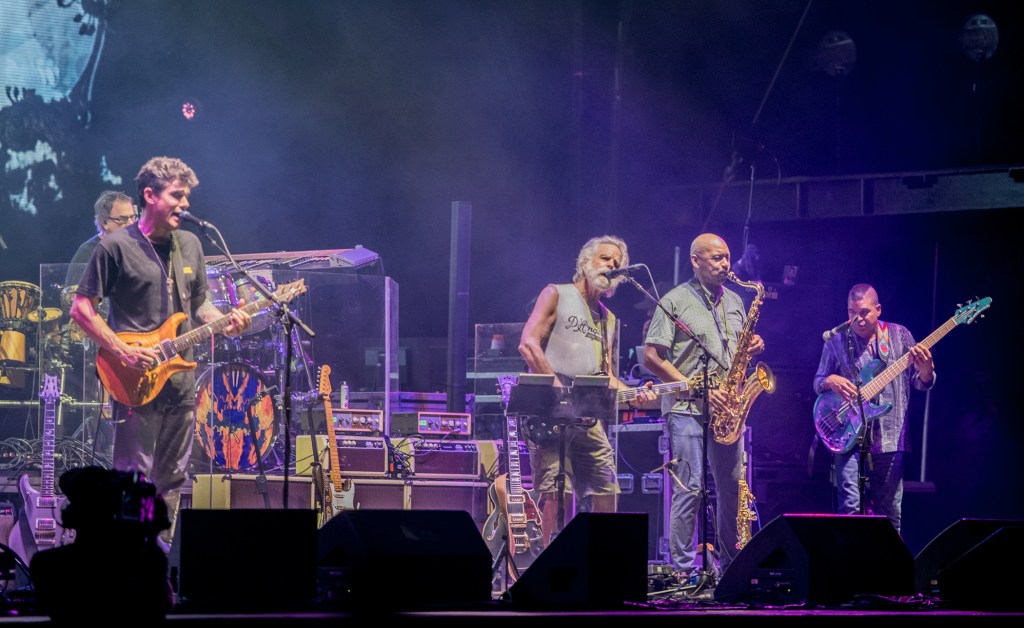 Best Spirit of Jerry: Dead & Company
A bootleg T-shirt seen multiple times around the Lockn’ grounds shared the message, “Mayer Is Dead to Me.” In the three years since the Grateful Dead’s Bob Weir, Mickey Hart and Bill Kreutzmann enlisted John Mayer to play lead guitar in offshoot project Dead & Company, it appears the pop-rock hero has gained widespread acceptance among the band’s loyal, still-thriving tribe. On Sunday night the band closed down the festival’s main stage with two sets of longstanding favorites from the Dead canon. During the first, Mayer channeled Jerry Garcia’s colorful, melodic solos in “Uncle John’s Band” and sang with dusty heart during the country-funk of “Althea.” The second set was more wide open; the band was joined by saxophone virtuoso Branford Marsalis, who added shiny brass accents to the cosmic disco extension in “Shakedown Street” and let loose a barrage of uber-notes during the jazzy glide of “Eyes of the World.” With many friends willing to help, the Dead’s long strange trip is certainly finding vibrant ways to continue.

Washing Your Hands Is Great, But Are You Sanitizing Your Sheets? 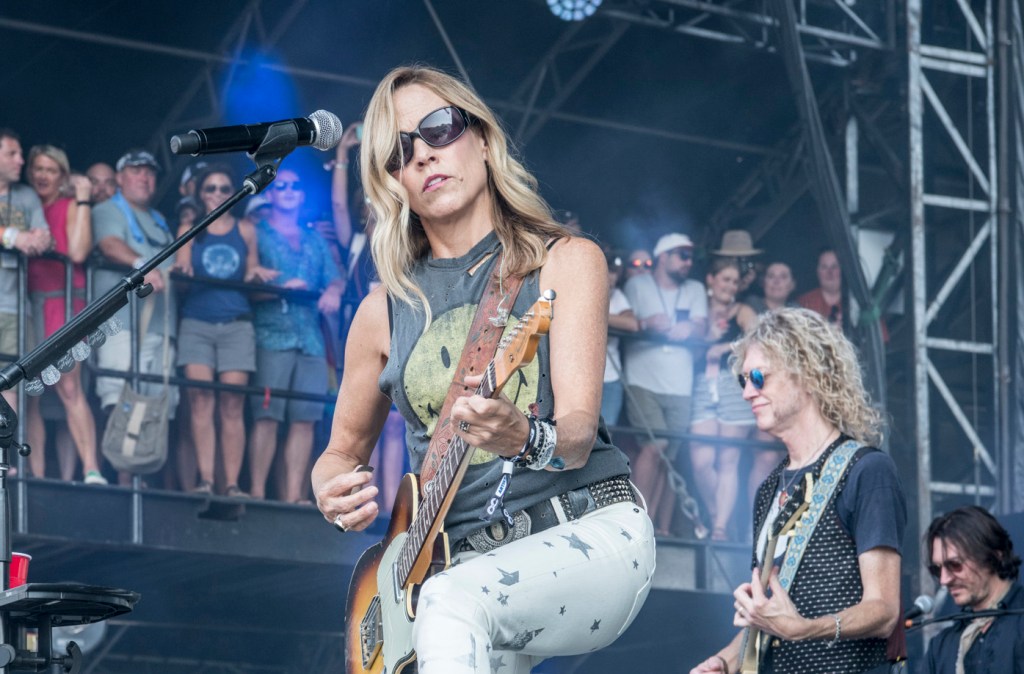 Best Hippie Gate-Crasher: Sheryl Crow
Was Sheryl Crow out of place at a hippie festival? Not even a little bit. During the tribal-drum intro to her mainstay tune “Everyday Is a Winding Road” Crow playfully declared, “I want to be in the forest tonight, listening to some Jerry,” and from that point on the crowd was completely on her side. The singer ran through many of her popular favorites, and in the hands of her razor-sharp band, they were delivered with twangy bravado. While her reputation as a Nineties hitmaker will always be there, the boot-kicking shuffle of “Can’t Cry Anymore” and pedal steel winding through the singalong of “All I Wanna Do” made it easy to notice that Crow’s live sound is actually right in line with today’s best Americana. Before playing her latest single, the politically-charged “Wouldn’t Want to Be Like You,” Crow joked about the song giving her an unexpected return to the FM radio dial: “For someone who’s 56 and a chick, that’s weird, right?” 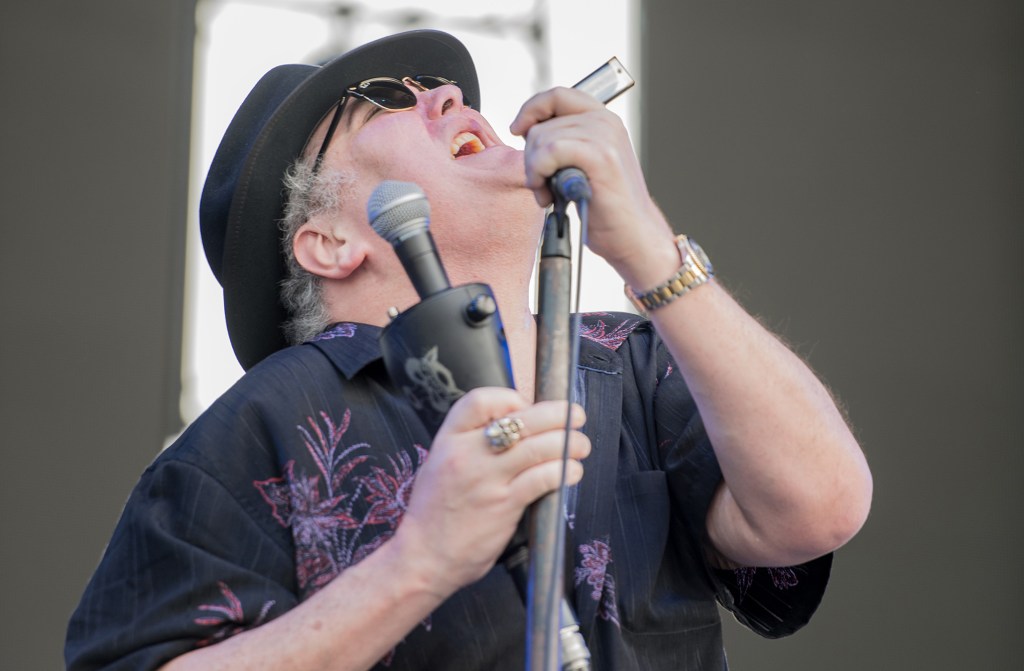 Best Festival Godfathers: Blues Traveler
Now elder statesmen in the improv-rock world, Blues Traveler helped usher in the current wave of festivals as organizers of the genre-blending traveling H.O.R.D.E. Festival in the Nineties. During a hard-charging hour-long set, the seasoned vets proved why they’re still worthy of line-up spots, barreling through their signature blend of distortion-soaked city blues with songs bridged by turn-on-a-dime segues. Particularly impressive was the transition from the new “The Wolf Is Bumpin” into “Sweet Talking Hippie,” a song from the band’s 1990 self-titled debut album. Leading the group was frontman John Popper, who delivered long-winded harmonica solos and reminded the audience about his knack for writing irresistible hooks with a version of lost radio gem “Run-Around.” 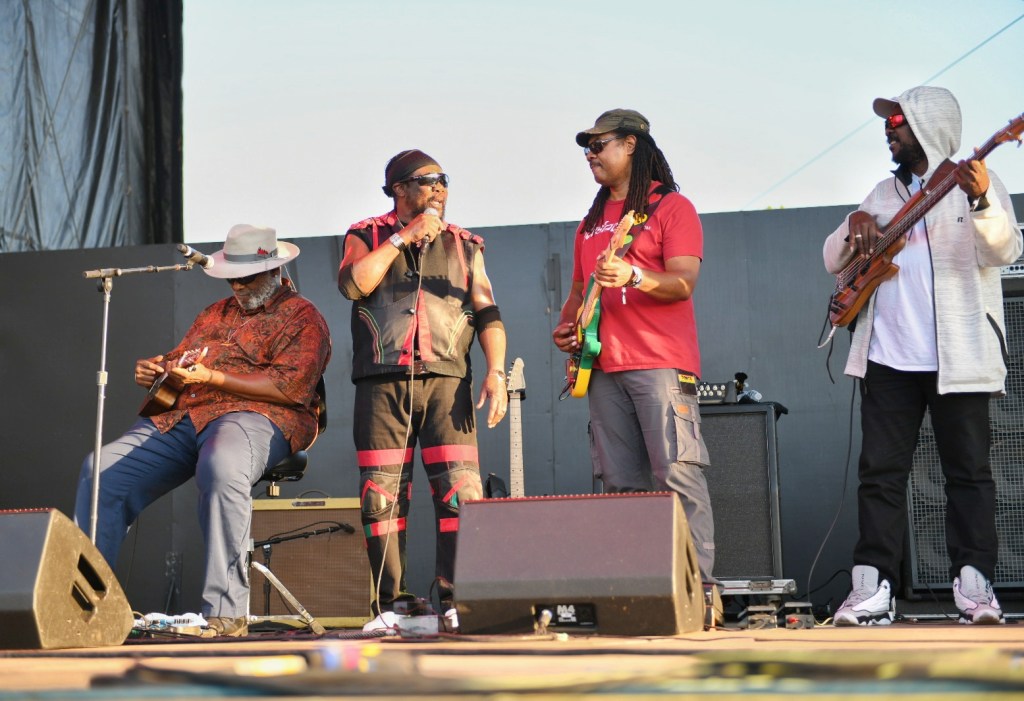 Best Reggae and Blues Union: Toots Hibbert and Taj Mahal
When Toots Hibbert took the Lockn’ main stage on Friday it marked his first appearance in Virginia since being hit by a bottle at an outdoor show in Richmond in 2013. The roots reggae icon, though, showed no hesitation during his hourlong set as he breezed through staples from his extensive catalog, including “Bam Bam” and “Funky Kingston.” With the rock-steady Maytals behind him, Hibbert bobbed and weaved around the stage as he belted out old favorites with a soulful rasp. His energy was infectious; there wasn’t a still body in sight throughout the crowd during a pulsing version of “Pressure Drop.” The only mellow moment came when Hibbert debuted a new tune, the heartfelt “A Song Call Marley,” in remembrance of his late friend and fellow reggae pioneer. Blues legend Taj Mahal helped Hibbert close his spirited return to form, strumming and singing along to joyful takes on “Take Me Home, Country Roads” and “Monkey Man.” 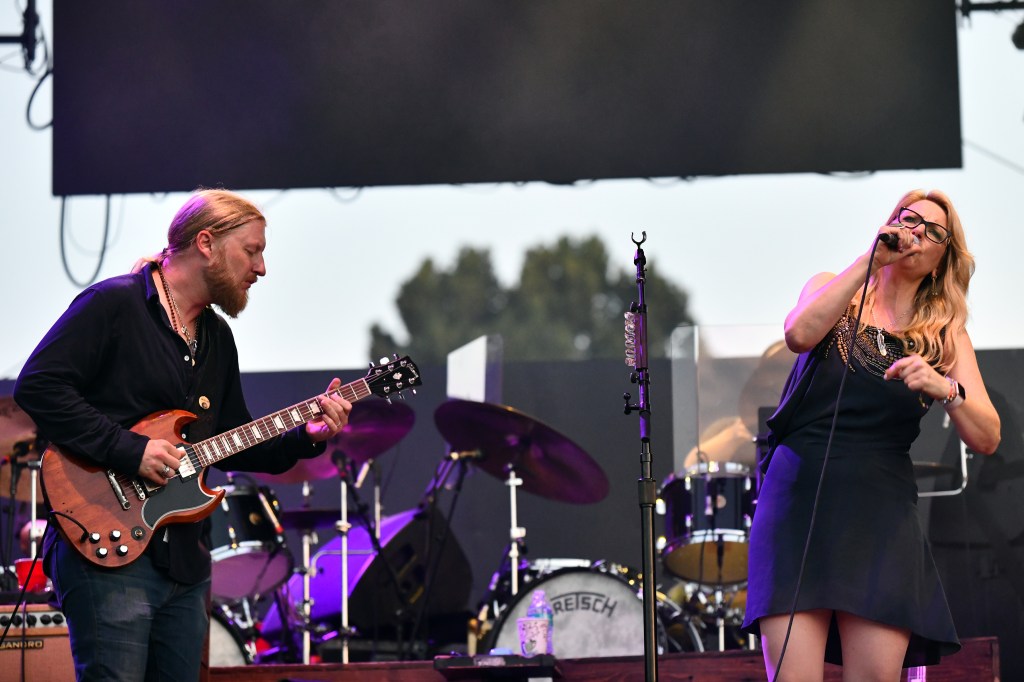 Best Southern Roots Revue: Tedeschi Trucks Band
Fresh from headlining amphitheaters on their annual Wheels of Soul Tour, the 12-piece Tedeschi Trucks Band rolled into the festival to play lengthy sets on both Saturday and Sunday evening. Led by the husband-and-wife duo of guitar master Derek Trucks and powerhouse blues vocalist Susan Tedeschi, the group chugged along like a well-oiled machine, heartily hustling between gritty, horn-fueled R&B jams, rough-and-tumble boogie rock, exhilarating gospel choruses, and jazz-minded fret journeys to deliver a jubilant, ensemble-driven Southern roots revue. The group anchored both sets with its growing cache of originals, a highlight being the soul-quenching “Let Me Get By.” But each night the group opened with a choice cover: Tedeschi paid tribute to Aretha Franklin with an emotional rendition of “I Never Loved a Man (The Way I Love You)” on Saturday, while on Sunday, Trucks flexed his slide chops on “Statesboro Blues,” a blues chestnut he played many times during his stint in the Allman Brothers Band. 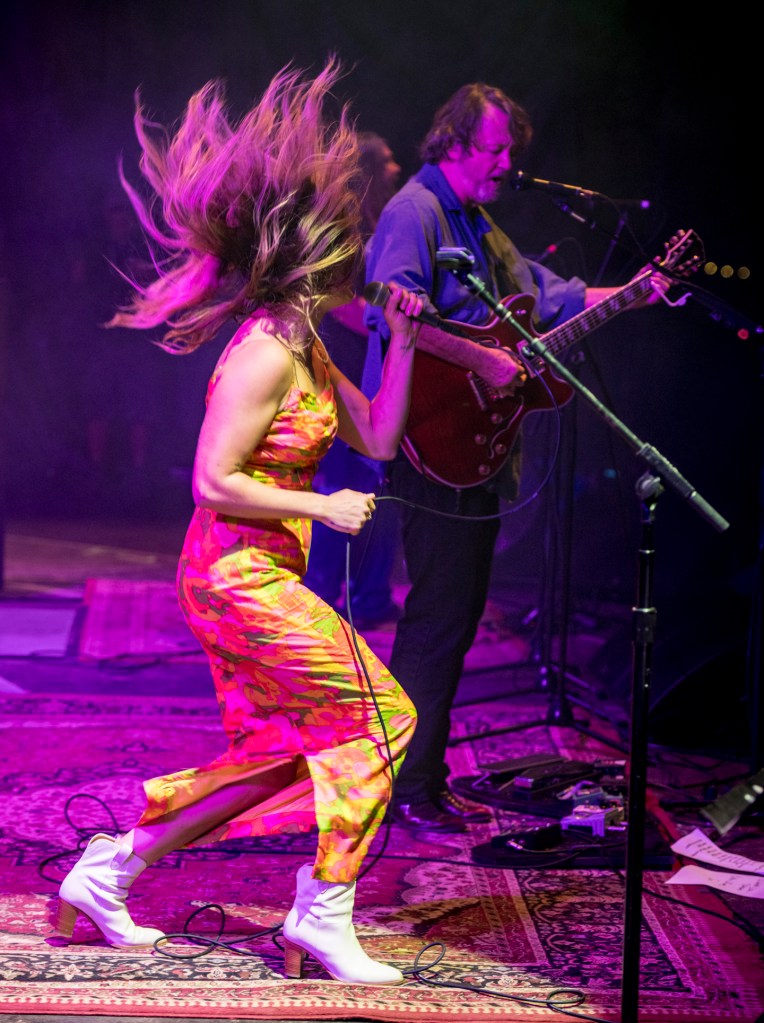 Best Aretha Tribute: Margo Price With Widespread Panic
Widespread Panic’s collaborative sets at Lockn’ have been a part of the festival’s fabric since its inception. Past guests have included John Fogerty, Steve Winwood and Jimmy Cliff, and this year the band recruited fast-rising country-soul singer Margo Price; a decision that proved to be extremely wise. After Panic burned through 90 minutes of their trademark exploratory swamp-rock, Price hit the stage and leaned into a soul-fire reading of Aretha Franklin’s “Rock Steady,” which also featured well-placed help from a three-piece horn section. Then it was time to swap originals — Price traded verses with Panic frontman John Bell on his band’s gospel-hued “Up All Night” before strapping on a guitar and leading the twangy gallop of her own “Four Years of Chances.” The set’s unequivocal highlight was the closer, which featured Price embracing her inner Janis Joplin and hitting all the throaty vocal peaks in a scorching “Piece of My Heart.” 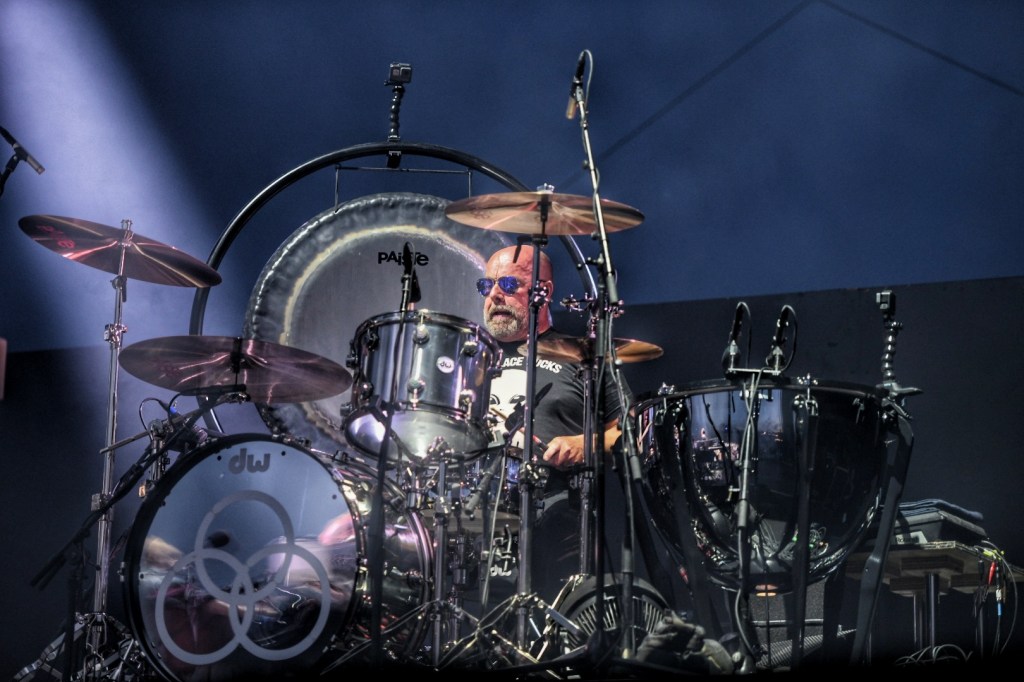 Best Zep Set: Umphrey’s McGee with Jason Bonham
Prog-jam stalwarts Umphrey’s McGee played three sets throughout the weekend, but the most memorable took place on Friday evening when the band used a portion of their slot to welcome drummer Jason Bonham, son of Led Zeppelin’s John Bonham, to play a handful of classics from his late father’s band. Bonham first emerged to add a thunderous attack to an Umphrey’s original, the shape-shifting “Conduit,” before the set went into full Zeppelin mode. After a rollicking “Good Times Bad Times,” Bonham, visibly elated, stood up and fist-pumped the crowd. Then following a slithery “Dancing Days,” surprise guest Taylor Hicks appeared to sing lead and play harmonica on a stomping “When the Levee Breaks.” The biggest highlight was the closer, a ferocious, muscular romp through “Whole Lotta Love” that featured another guest, Derek Trucks, adding fierce slide riffs, while Umphrey’s drummer Kris Myers admirably handled Robert Plant’s howling vocals. 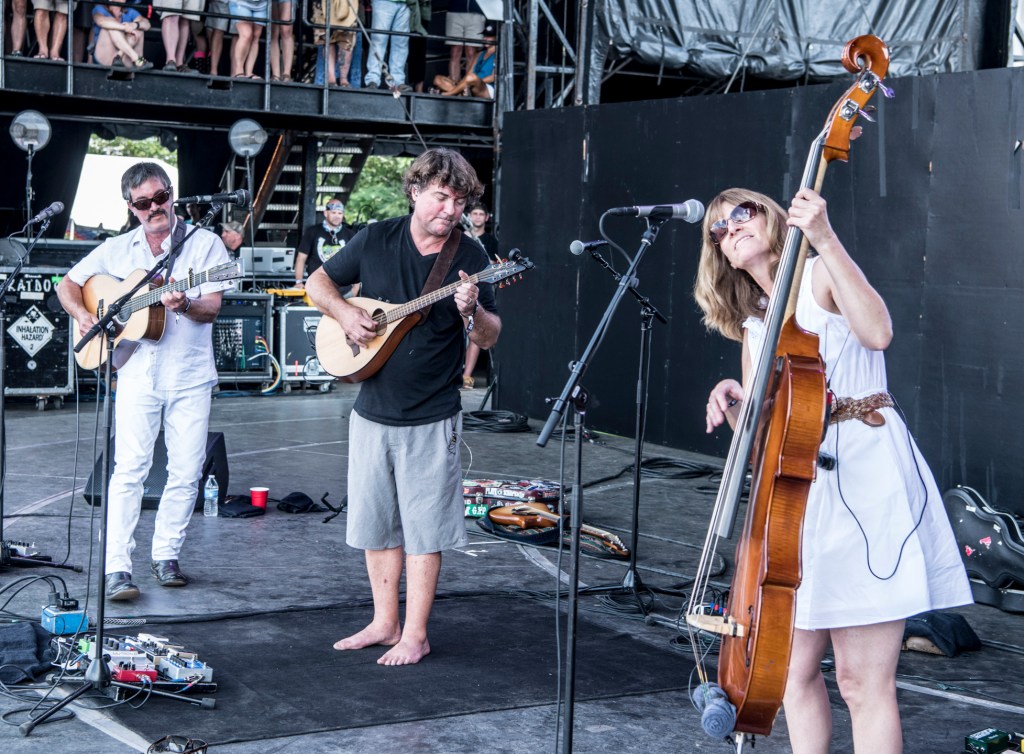 Best Acoustic Heroes: Keller Williams and the Keels
Versatile Virginia songsmith Keller Williams — who’s worked with a wide range of artists from Michael Franti to the Travelin’ McCourys — helped fill the festival’s dearth of acoustic music with a Saturday afternoon appearance by his bluegrass power trio, which also features flat-picking ace Larry Keel, along with Keel’s wife Jenny on upright bass. During a covers-heavy set, the group used collective charge to pounce on a range of tunes that seemed like random selections from a sports bar jukebox, including hopped-up, Southern-accented takes on Marcy Playground’s “Sex and Candy” and Pink Floyd’s “Another Brick in the Wall.” Throughout the set, Larry Keel was a workhorse, taking songs up a notch with psychedelic hillbilly shredding. 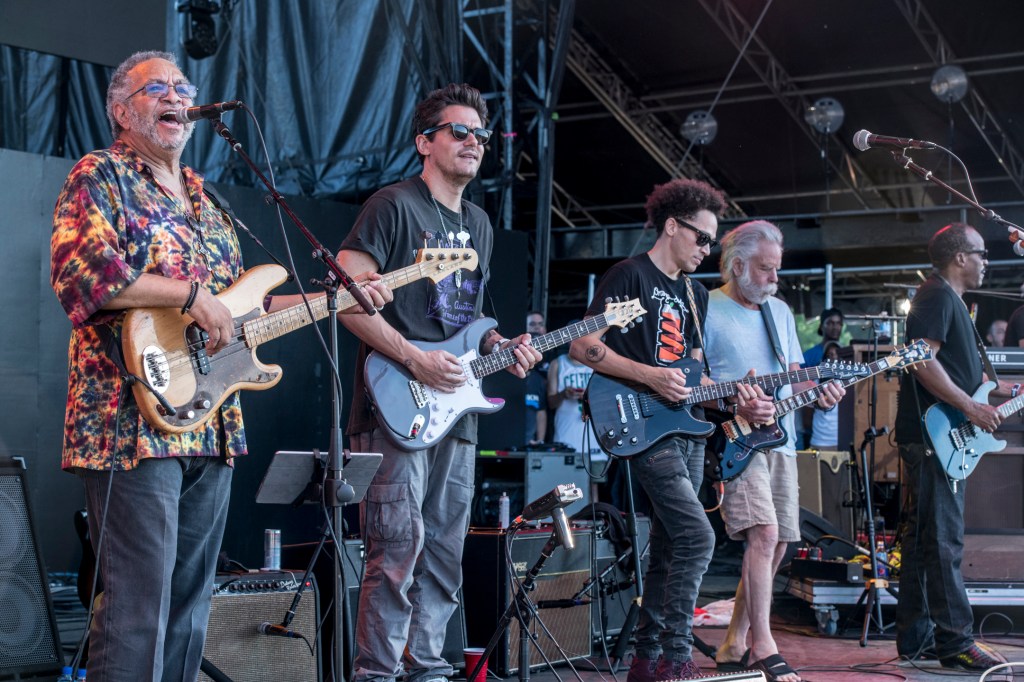 Best New Orleans Jam: Foundation of Funk
Billed as a set to honor the 50th anniversary of New Orleans funk pioneers the Meters, Foundation of Funk was led by original Meters members George Porter Jr. and Zigaboo Modeliste. The early part of the show indeed brought a bayou dance party to the Blue Ridge, with an all-star band running through hard-hitting Meters staples like “Just Kissed My Baby” and “Cissy Strut.” But it turned into an even bigger celebration when Grateful Dead members Bob Weir, Mickey Hart and Bill Kreutzmann, along with their Dead & Company bandmate John Mayer, decided to join the party. The guests weren’t looking for a showcase sit-in; instead they tastefully dropped into the mix as the ensemble stomped and hollered through “Hey Pocky A-Way” and “Iko Iko,” two Crescent City favorites that have long been found in Dead setlists. 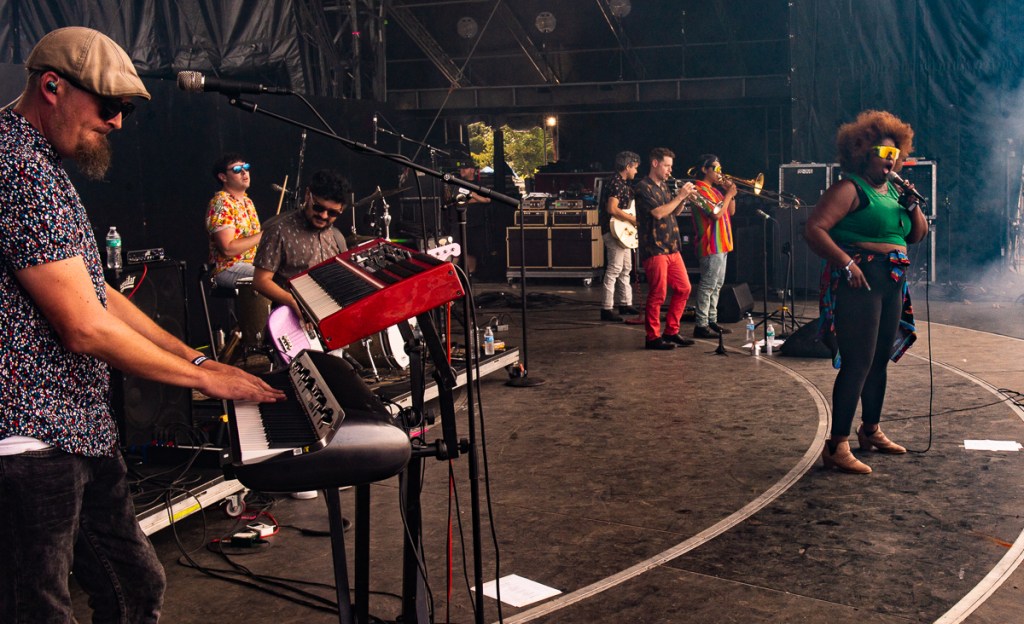 Best Positivity: The Suffers
The Suffers had to cancel their set at last year’s Lockn’ after Hurricane Harvey caused major damage in the band’s home city of Houston. While the funky eight-piece ensemble’s lead singer Kam Franklin said they were still picking up the pieces back home, the group made the most of their 30-minute slot on Saturday, delivering a positive message and deep grooves. The emerging band’s self-described brand of “Gulf Coast Soul” was on full display, propelled by celebratory horn blasts and percussive Latin rhythms. Front and center, Franklin commanded the stage with a silky voice full of power and grace. In the bouncy R&B of “Do Whatever” she preached about self-care and refusing to accept compromise, and during retro cruiser “Make Some Room, which sounded like Alabama Shakes meets Jamiroquai, she offered inspiring advice about taking time to nourish both body and soul.