Little Big Town will welcome in the new year with Nightfall, the multi-award-winning quartet’s ninth studio album and the follow-up to 2017’s The Breaker. In advance of the forthcoming LP, the group has unveiled “Over Drinking,” a delightfully woozy and defiant honky-tonk number that aims to redirect the narrator’s alcohol consumption, making it more about celebrating camaraderie than drowning one’s sorrows in the hard stuff.

“I ain’t on the wagon, these wheels are still turnin’ but I’m tired of you draggin’ my heart through the dirt and the hurt/ I’m over drinkin’ over you,” Karen Fairchild sings with tear-stained conviction in the bridge of the tune, which was penned by Music Row veterans Jesse Frasure, Hillary Lindsey, Ashley Gorley, Steph Jones, and Cary Barlowe.

The January 17th release of Nightfall comes just hours after the group’s performance at New York’s prestigious Carnegie Hall, the first date on their 30-date Nightfall Tour and first performance at that historic venue by a mainstream country act since Alan Jackson in 2013. Little Big Town have been a staple at many of the country’s larger concert venues and festivals over the past decade, but for the group’s winter-through-spring trek, they’ll concentrate on a more intimate theater setting that echoes the band’s 2017 residency at Nashville’s Ryman Auditorium. 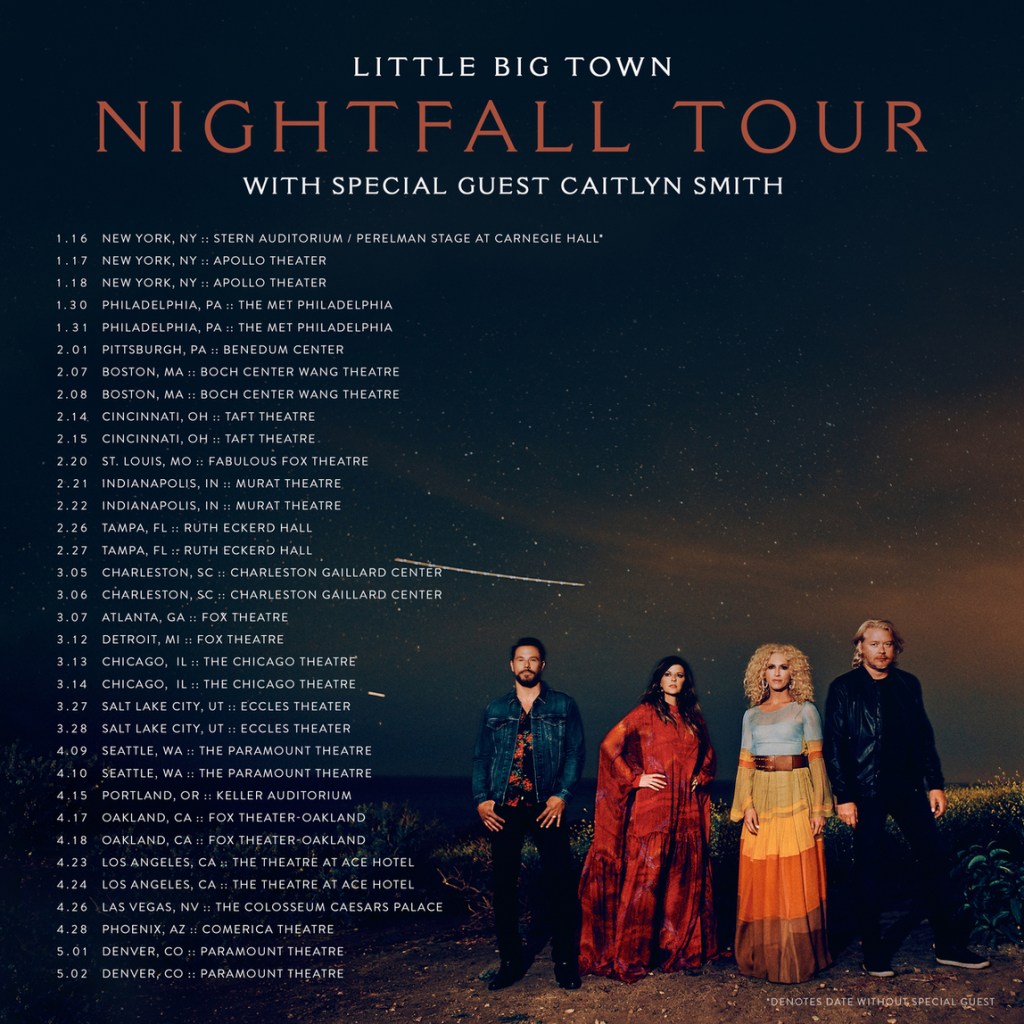