“I’m a terrible dancer,” Lee Brice tells Rolling Stone Country with a laugh. “I remember a fifth grade dance where they were picking out kids to come dance on stage. This was when MC Hammer was popular, and I thought, ‘I can do that.’ So I got up there and did the MC Hammer, and I looked so stupid!”

The country star still shudders at that awkward trip down memory lane and swears there’s now only one person who can drag him onto a dance floor: his wife, Sara. The South Carolina native wrote his current single, “I Don’t Dance,” for his bride and originally meant for it only to be used as the first dance at their wedding. But he quickly realized he had a hit on his hands and not only released it to radio but also decided to title his upcoming album after the musical love letter, he reveals exclusively to Rolling Stone Country, along with its release date: September 9th. (See the I Don’t Dance album cover art below.)

“Sara is an amazing dancer — it’s the sexiest thing I’ve ever seen. And when she says, ‘Baby, let’s dance,’ it’s so intimidating. But just for her, I’ll do it,” Brice says of the title track’s inspiration. He adds that calling the whole album I Don’t Dance is also symbolic of his refusal to “dance in the box of Nashville.”

The project is, without a doubt, the singer’s most outside-of-the-box to date, as it infuses more rock, pop, soul and blues into his signature country sound. Brice also took sonic leaps in co-producing the album, recording the nostalgic love song, “Panama City” live with all musicians gathered around one piano, and playing almost every instrument himself — and whistling — on the frisky “Girls in Bikinis,” which also sees him channeling a little Mick Jagger, looping in a line from “Honky Tonk Women.”

“One thing I tried to do on this record is a lot of classic sounds, like on Bruno Mars’ record, but with a lot of hip sounds that he just created in his mind, or whatever it may have been. I love putting classic steel guitar with a classic banjo — all those sounds meshed with new sounds I created in my head.”

“Closer,” which Brice co-wrote with Jerrod Niemann and Jon Stone, is perhaps the best example of a successful marriage of two very different sounds. The writing buddies were inspired by a riff on an old blues record and ran with that idea to another musical ballpark.

“We heard this raunchy, blues-driven guitar tone and said, ‘Let’s write something that feels like that,'” Brice recalls. “We wrote a verse, and then our brains just slipped into this old Nineties country chorus. We mixed an old blues song with country. I loved it but thought, ‘Is this too weird?’ So I played it for Sara, and she said it was the sexiest thing she’d heard in a long time.”

Both melodically and lyrically, Brice continues to dodge being pigeonholed as a balladeer — and succeeds. Sure, his biggest hits are also his most sentimental (“A Woman Like You,” “I Drive Your Truck” and the record-breaking song he co-wrote for Garth Brooks, “More Than a Memory,” just to name a few), but he has always balanced the passionate with the playful and went to particularly great lengths on Dance to continue doing so.

“I’ve been sequencing this record for a year and a half. Every night, I lie in bed and think about sequencing this album,” he says, rolling his eyes. “I don’t know why I’m so obsessed with that, but I love records that flow and never lose you. It’s like going to a Garth Brooks show. He will come out and do four or five uptempos, and then the show rests…. And then he comes back out, in your face again. A record should be that way, too.”

Lee Brice’s I Don’t Dance, his third album on Curb Records, is out September 9th. 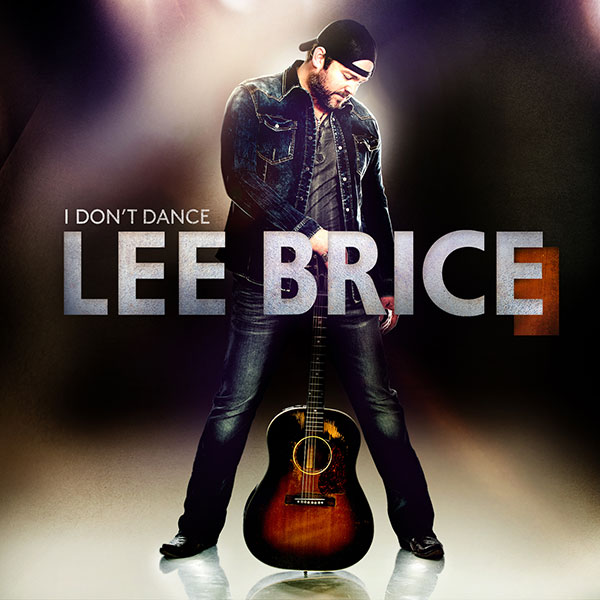