After over twenty years in the music business, most artists keep things fresh by reinvention. Think cone bras, jazz records, kitschy super-groups… But Sugarland’s Kristian Bush is going a different route: showing the world, with his debut solo LP, Southern Gravity, out April 7th, who he really was all along.

“I want people to go, ‘I had no idea!’,” he tells Rolling Stone Country in an exclusive chat, calling from home in Atlanta, Georgia, after a morning in his Decatur studio, the Projector Room. “Using my voice is something I’ve shied away from, and I can’t believe what a tool it is.”

As one half of the platinum-selling, Grammy-winning duo with Jennifer Nettles, Bush was always an essential part of the Sugarland picture — but his instrumentals, harmonies and songwriting took center stage, not his lone voice. He’d often sing lead on demos, but that’s where it ended.

“Jennifer is such a great singer,” he says, “and she would improve on the way I would do something. So in many ways I heard myself singing back at me all the time — and in many ways you are probably more familiar with how I sound on this album than you think you are.”

Bush gave a taste with the album’s first single, “Trailer Hitch,” an upbeat ode to the freedom that comes with letting go of that eternal quest to acquire endless “stuff”: “Never seen a hearse with a trailer hitch,” he sings, showing that he who dies with the most toys does not, in fact, win anything.

“I’ve always tried to put a little message in my music,” he says, “You don’t have to preach, but if I’m going to ask someone to play something on the radio, I should be as aware as I can be. And it’s funny because it’s also true — which is very southern. People say those kinds of things down here all the time. Like, ‘Aw honey, never seen a hearse with a trailer hitch, mmmhmm.'”

The idea of being weighed down — for both the good and bad — is strong on Southern Gravity. Take the title track, which shows the flipside of being pulled back. This time, it’s by your roots. Which, for Bush, is the south: his home, the land of country music, a place of beauty ripe with stereotypes and misunderstandings.

“There is a misconception that I’ve experienced in my life about people that life in the south,” he says. “I got sent away to school in Connecticut in the late Eighties, and kids were honestly asking me, ‘Do people there wear shoes?’ I live here, and I actually eat the barbeque that makes that music better, and I meet the beautiful women we write these songs about. And that deserves an album. It’s a celebration of what it feels like to be pulled back to something.”

Gravity, the word, has many meanings, which is why Bush was drawn to it — but there was one synonym he wasn’t particularly interested in: solemnity.

“I didn’t want to make an album of lament,” he says. “That’s a pitfall in many people I’ve seen step away from their acts and then say, ‘I want this to be the sad version of my life.’ I personally love those records, but it’s not the record I wanted to make. I always tell people that it’s so much harder to make a happy song than a sad one.”

And Bush wrote over 300 of those happy songs in the quest to create Southern Gravity, hitting studios in Georgia and Nashville — sometimes composing and recording all in one day. To help narrow the selections down, he played them at shows and posted them online for free, allowing fans to “share and react.” As much as he wanted to find the best tracks, he also wanted a good balance of instant hits and timeless melodies. 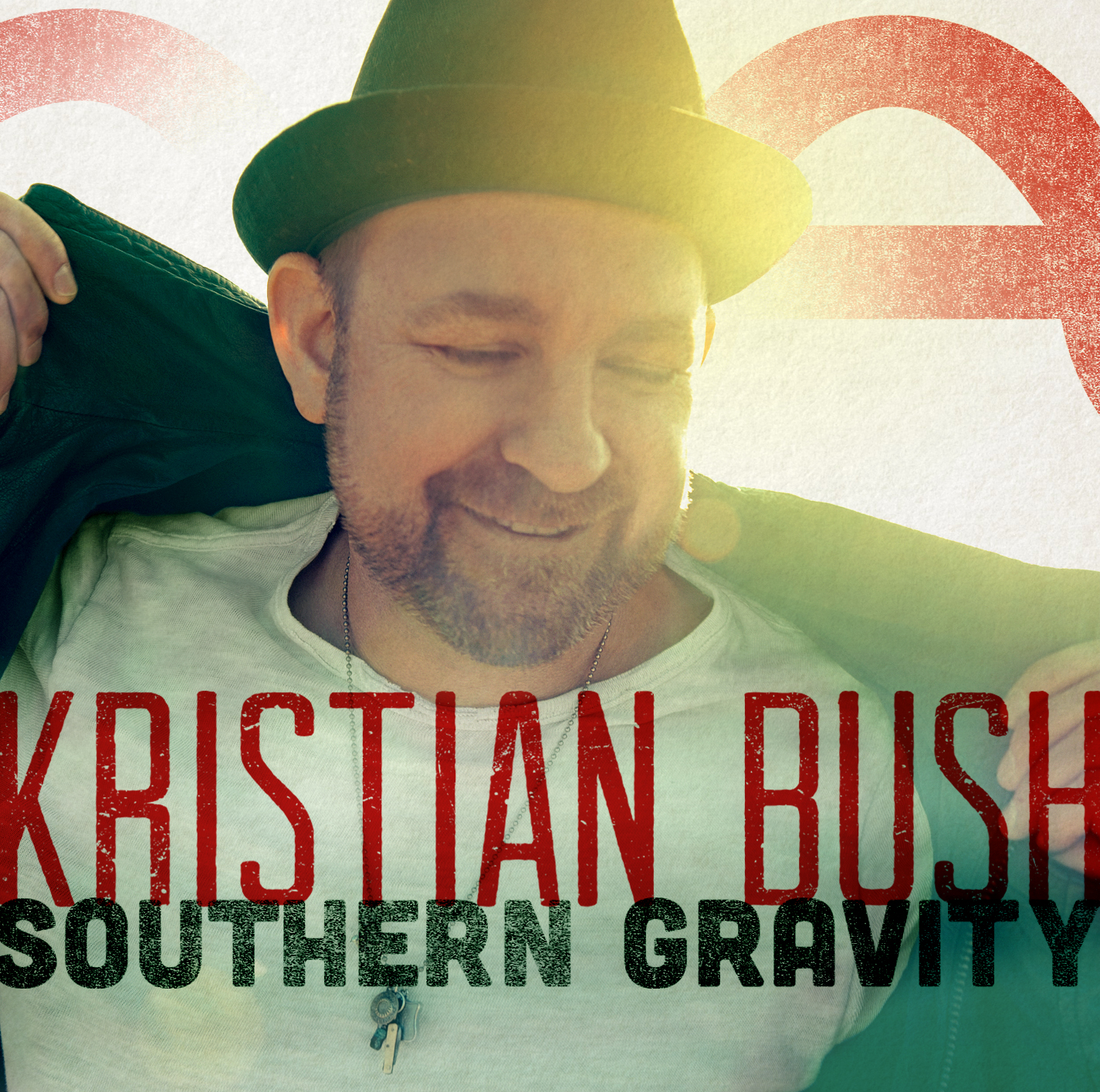 “I wrote and recorded these songs to be on the radio,” he says. “It’s a commercial country record. But I’m curious to find out where other people think it should land, what adjectives or band math people use to describe it.”

It’s not a straight-forward equation: with elements of Zac Brown Band’s laid-back beachiness — and its southern instrumentals — Southern Gravity, executive produced by Byron Gallimore (Sugarland, Faith Hill, Tim McGraw) along with Bush and Tom Tapley, rests more on smart hooks, sure-fire summer anthems and the singer’s clean, dynamic rasp with hints of Steve Earle’s nasal rock than big trends. Songs like “Feeling Fine in California” and “Flip Flops” push twangy power through slow-oozed beats that conjure up Jason Mraz or even the catchy craft of Brothers Osborne’s “Rum.” Bush himself credits voices like Kip Moore’s for making it possible to sing mainstream country with a left-of-center tone. “My voice has a lot of character, and kind of doesn’t sound like a lot of people’s,” he says. “And I would say people like Kip have parted the seas for me to come in singing.”

As for Sugarland’s future, Bush considers this a “parallel project,” meaning he doesn’t see any reason why his solo songs and the duo’s can’t be on the radio at the same time. For now, Nettles is performing on Broadway’s Chicago, but the door’s still open.

After all, “I’m writing five times more than I ever have,” he says, laughing. “So I’m going to need at least two record deals to get all this music out.”